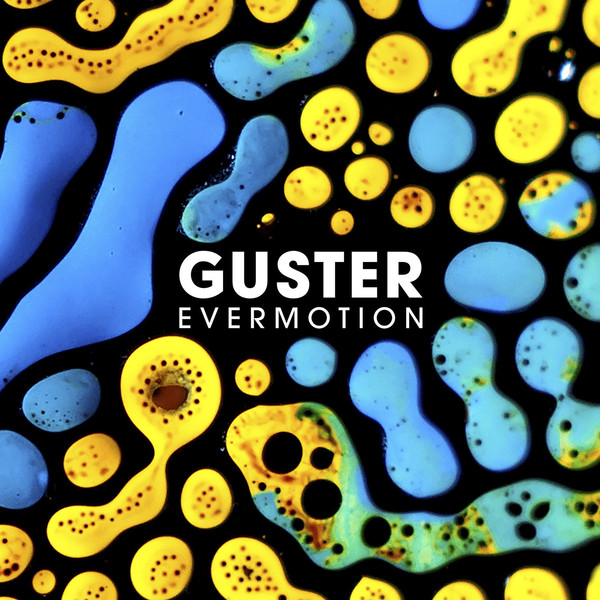 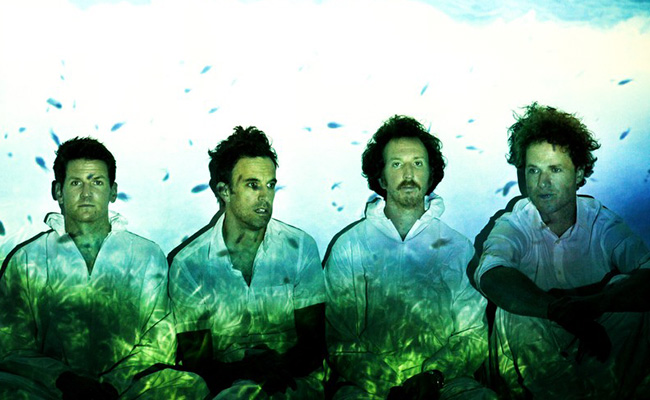 Boston five-piece, Guster, has been one of Alternative Rock’s best kept secrets since 1991. Growing up while attending Tufts University together, they developed a strong musical style and a sense of humor at the same time. Made-up of the musicians Ryan Miller (vocals, guitar), Adam Miller (vocals, guitar), Brian Rosenworcel (percussion, drums) and Luke Reynolds (backing vocals, bass), the band has always had a keen sensibility to combine the whimsical, sad, as well as mundane aspects of life and make them shine in a song. Breaking through to a more mainstream audience with their third album in 1999 titled Lost and Gone Forever, each release since has attained a charted position in The Billboard 200.  Continuing success through the years with songs like “Careful” and “Do You Love Me?,” Guster return with their first single in four years on September 9, 2014 with “Simple Machine.” Now in 2015, the band release their seventh studio album titled Evermotion.  Marking their first album since 2010’s Easy Wonderful (2010), the band put it out via their own label, Ocho Mule, in coordination with Nettwerk Records.

“Long Night,” the opening track to Evermotion, seems to be the perfect song to drive to in the wintery mountains, with the soft ethereal sound of the xylophone to start it off, simple snares, and a relaxed beat. With a sound that is both complex and deep, the track is at the same time relaxed and amusing. Miller lets his voice shine on the following track, “Endlessly,” which gives off a beachy vibe tossed with echoing keyboards. This vibrant song describes the hope and anticipation of rekindling a past love. “Doin’ It By Myself” opens with brassy toned synth sounds and tells of growing up and finally soaring independently, with a sense of subtle sadness and quiet joy. The lyrics are straight forward, and, like a campfire song, bring the la la la’s to get everyone to sing along. “Lazy Love” features harmonies that are intertwined with a hooky guitar solo that could have been heard at Woodstock. Like a boat that is calmly rocking on the shore, this song is a good alternative lullaby. “Simple Machine,” is one of the most musically upbeat tracks on the record, yet with a dark twist with a sad message. With the warm, bright synthesizers that Guster is famous for, the lyrics tell the story of someone who was seen as empty and is forced to discover a heart and a sense of emotions on their own.

The following song, “Expectation,” is the most keyboard driven, with a sullen bassline and calmly beautiful harmonies to match, debating what happens after our lives end, a mundane subject indeed. “Gangway” and “Kid Dreams” are both very nostalgic with a hint of bongos. With a Beatles-esque lyrical flare, an echo effect can be heard in the groovy track “Tomorrow Never Knows.” “Never Coming Down” has an island jam feel, reminding listeners to hang ten, enjoy the whimsies of the beach, and put their toes in the sand, allowing the salty air to flow. The musical composition is very dreamy with slide guitars, whistling, and straightforward tropical vibes. Second to last track, “It Is Just What It Is,” has a humdrum feel and describes the truths of life from the perspective of someone who watches the actions of heroes and presidents and the tricks they use to get through their careers, and is another perfect of example of how Guster has honed their musical style to a tee. The final track of Evermotion, cleverly titled “Farewell,” is also very Beatles-like, and contains a very moderate tempo and a grand piano to counterbalance it. The song hums a background message that, by the end of the song, comes to the front to leave the listeners with positive views, stating “We are free.”

Playing for over two decades, Guster shows that with Evermotion they have not lost their touch and took their time to develop this record. It has some really high notes and they show their fun, yet dark, sense of humor in their songwriting, all combined with their happy, bright musical arrangement. Guster will always have a strong fan-base to follow them as strong writers and musicians full of positivity and whit. CrypticRock gives Guster’s Evermotion 3.5 out of 5 stars.