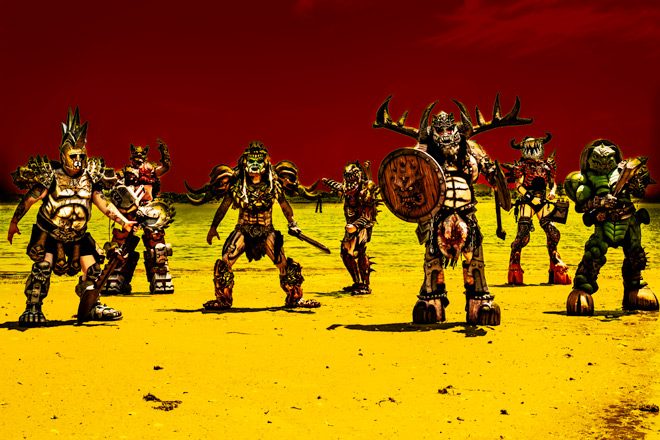 Over the past few years there has been the tragic losing of some of Rock and Metal’s best. Artists who have changed the lives of many over the last few decades, through their music, these bands and their members will never die.

The scumdogs of the universe who make up the tribe that is GWAR are a perfect example of this kind of power. Travelling from planet to planet when duty calls, has saved both the Singer David Brockie (Oderus Urungus) and Guitarist Cory Smoot (Flattus Maximus) from mortality, and while they may be banished from Earth forever, they live on with the legends of GWAR. So the saga continues on Friday, October 20, 2017 when GWAR offer their fourteenth studio album, The Blood of Gods via Metal Blade Records. A tribute to David Brockie, it is the first GWAR album written without him. What can mere mortals expect?

Musically, GWAR crosses genres from Thrash to Punk to Shock Rock. Through it all is their distinctive visual imagery matched with the twisted tales. In the live arena they spew blood, piss, and vomit on the audience while constantly creating skits of political fights and murder scenes which bodes well with them taking on their scumdog title and leading the top of the charts with the most suck for their buck. GWAR sucks in the best way possible and in the world of shock value they are all kings. That said, it is easy to play good music skillfully in comparison to playing extremely original, great music amidst theatrical chaos while wearing cumbersome but intriguingly intricate oversized foam limbs as costume pieces.

As for their new album, The Blood Of The Gods fulfills the needs of any GWAR fan – it is diverse, bold, creative, and full of surprises from start to finish. With its twelve tracks, there is not an ounce of disappointment to be had. The most obvious track, with bold lyrics, is “El Presidente.” While it could come across as the weakest link of the album, the crafty guitar solos do not allow it to take a back seat.

That in mind, opening track, “War On GWAR” is over seven minutes of otherworldly jamming and exciting tribulation mixed with scum-filled lineage. The guitars step up to the plate in creative riffs while the beats raise it all to higher planes of existence. Meanwhile, the lyrics bring it all back down to earth again. Thereafter, “Auroch” and “Swarm” dive into a flawless thrash guitar attitude complete with catchy shock-rocking rhythms. In addition, “The Sordid Soliloquy Of Sawborg Destructo,” “Viking Death Machine,” “Death To Dickie Duncan,” and “Fuck This Place” are absolute favorites that also breed thoughts of GWAR’s live show.

There really are no bad GWAR albums, but sometimes the genius behind each tunes gets lost without the visuals to back it up, striking the obvious chord with the listener. While other bands take inspiration with the visuals and shock punch power, not many can even compete with GWAR. These alien creatures come from the best of the worst planets and are together once again in a new world order set at a faster than fast pace to destroy America and all that crosses their path.

Overall, the 2017 version of GWAR will blow out the mortal eardrums of those who challenge it. No one who is a fan of GWAR should pass up a live viewing ever and therefore it is strongly suggested that everyone jump at the opportunity to catch the tour in support of The Blood of Gods. Because this band will leave any mortal a washed up ball of blood and slime, CrypticRock gives The Blood of Gods 4.5 out of 5 stars. 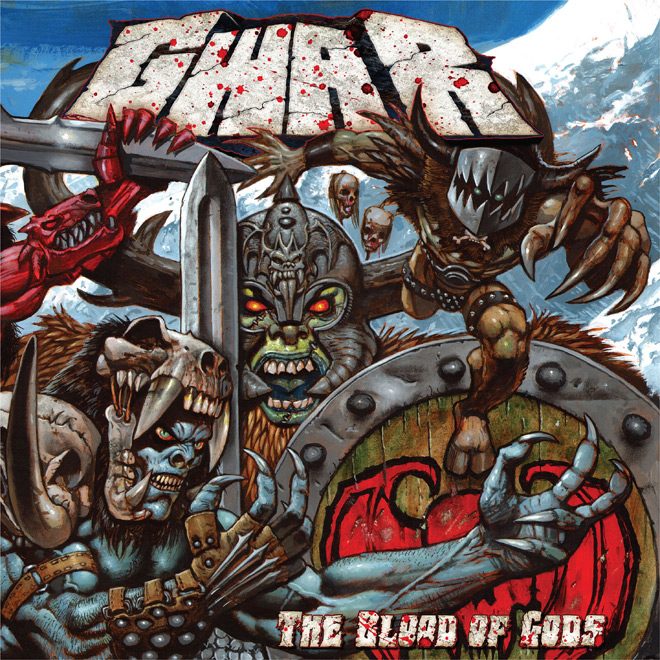 Purchase The Blood of Gods: