Gwen Stefani – This is What the Truth Feels Like (Album Review) 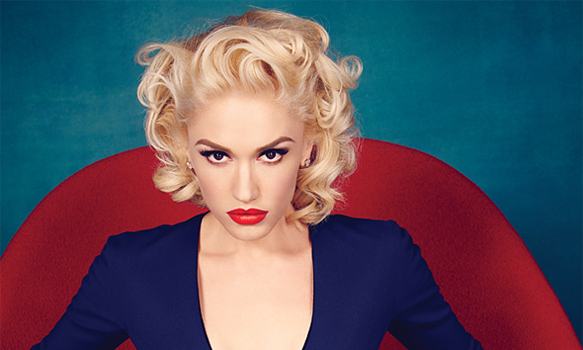 Known as a founder of Alternative Rock band No Doubt and is one of the four judges on the NBC hit American reality television singing competition The Voice, Gwen Stefani has surely made a name for herself.  Building a path to super-stardom, in 2004, she decided to pursue a solo career, releasing her album Love. Angel. Music. Baby, which received positive reviews and garnered nomination for few Grammy Awards. Two years later she followed up with The Sweet Escape, another album that reached the top 5 in the United States, Canada, and Australia. Going on to tour  internationally as a solo artist, Stefani would also return to No Doubt to tour and in 2012 and release their first album in over a decade, entitled Push and Shove.

Flash-forward ten years and Stefani is back at it again with her third overall solo album, This Is What the Truth Feels Like. Released on March 18th via Interscope Records, the album was considered one of the most highly anticipated of 2016. A record some would say has been years in the making, Stefani admitted to having writer’s block, but finding the right mix of producers in J.R. Rotem, Mattman & Robin, and Greg Kurstin, along with Songwriters Justin Tranter and Julia Michaels, the album finally became a reality.

After struggling to find ways to express herself, Stefani brings depth and personal experiences to life throughout This is What the Truth Feels Like.  The songs are coincided with relationships and personal struggles that make the album more meaningful. With that said, the album begins with “Misery,” a electric Pop song that is ear-catching. The album’s third single, released back on March 11th, did draw some questions about who she is singing about; whether it was her previous husband Gavin Rossdale or her current relationship with Blake Shelton. Then, the second track, “You’re My Favorite,” most likely talks about her being with Shelton. This bell-ringing smooth vibe brings sensual attention, giving listeners the thought of why she is with him. Having sustained many ups and downs from relationships, and as Stefani names her track, Shelton is her favorite out of all the men she has been with.

Moving along, “Where Would I be?” is a song about how her life would not be the same if Shelton did not come in the picture after her recent divorce. This upbeat Jazz-feeling cut has excitement and passion as Stefani expresses a feeling of celebration and relief. Thereafter comes the album’s second single, entitled “Make Me Like You.” Released back a month prior to the album, the track brings a disco and groovy vibe that has listeners dancing along with the beat. She co-wrote with other producers and this song explains the feeling of being rejuvenated or renewed after finding love again. It definitely brings inspiration to life and some critics say this is in relation to her recently going through a divorce and then entering into another relationship.

Next there is “Truth,” and it is filled with electric guitar and  Electro-Pop sounds as it provides enthusiasm and a buoyant feeling that Stefani has never felt before. The cut segues into the album’s lead single, which was released back in October 2015, “Used to Love You.” Solely written by Stefani herself, it brings a unique mix of piano and organ sounds with a steady drum beat. A powerful song, here she sings about a painful break up she went through previously, questioning why did she ever have a relationship with the individual in the first place.

Lightening up the mood slightly, “Sent Me a Picture” is a more playful song where Stefani appears to be impatiently waiting to see her man and wants to see a photo via the phone. A rather naughty song, it brings on a feeling of sexual tension with keys, deep bass, and heavy drums. Then, changing gears once more, “Red Flag” comes on more of a Hard Rock track that has Stefani spitting lyrics about her previous relationship of lessons learned and the realization of the mistakes that occurred. In contrast musically, “Asking 4 It” shows the more Hip Hop side of the album with a guest appearance by Fetty Wap as Stefani discusses her own doubts while being in a relationship.

With only a few tracks left, “Naughty” is a mash of different tunes including bells and keys that is filled with accusations from her ex of doing sneaky things and hiding them from her. Although, the words express the idea that she knows everything that is going on, and karma is present.  Continuing the accusations of her ex lead to “Me Without You,” which describes how she is better off without him and how she does not need anything from him anymore. Dressed with a heavy beat, it brings relief from a painful breakup. Then the story of love and heartbreak concludes with “Rare,” a Electro Folk Pop tune with electric guitar and disco vibe that explains she found love when all hope was lost, making for a fitting last breath.

Clearly Stefani has written very personal and very subjective material relating to her past as well as present relationships. In addition, she brings together a unique mix of music that brings the vivid lyrics to life. In a recent radio interview, she mentioned that this album was a “breakup” record and felt she needed to produce an album particularly just for that. Sometimes the best way to get over heartbreak is to express it artistically. With that in mind, Stefani never disappoints in her music and This is What the Truth Feels Like allows many listeners to relate.  CrypticRock gives this album 4 out of 5 stars. 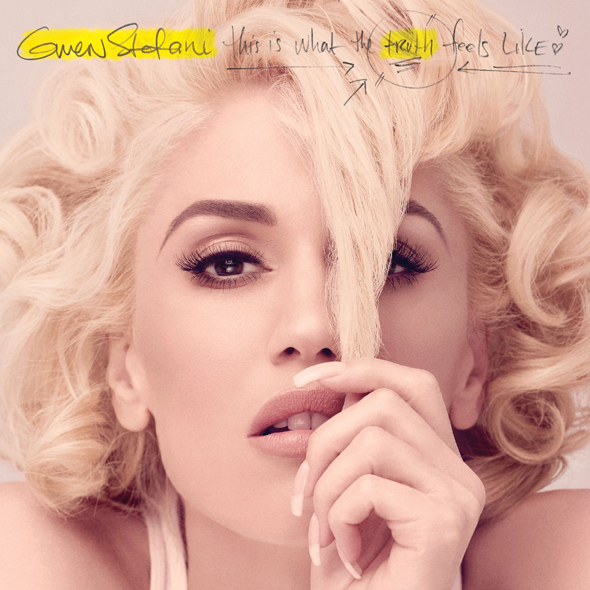 Album review, Gwen Stefani, No Doubt, This Is What the Truth Feels Like
Print page
0 Likes