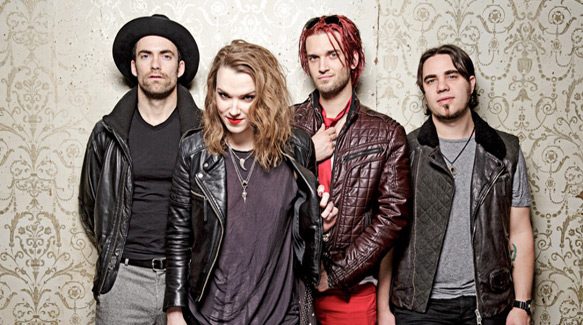 It is obvious Rock foursome Halestorm enjoy putting their spin on classic and current hits. The band has made it a tradition to satiate the appetite of fans between studio releases with cover EPs. Their series of Reanimate EPs began in 2011, and the latest collection of familiar tracks is now available with the release of ReAniMate 3.0: The CoVeRs eP on January 6, 2017.

Following a similar formula to their previous two releases, Halestorm included classic songs from the ‘80s, ‘90s, and one current popular track to hold fans over. The band’s method does not push any of these songs into reinvented or reimagined territory, but, rather, adds a bit of a kick to amplify each track’s appeal.

The EP opens with Whitesnake’s “Still of the Night,” a hair-Metal classic from 1987. The tracks stay close to the original with Lzzy Hale doing David Coverdale justice by infusing both bluesy and edgier Rock vocals. She is in full beast mode, exuding grit and sass, as she is accompanied by energized and a dirtier guitar sound. There is a bit more power in Halestorm’s version, but they keep in line with the original melody and feel, allowing purists of this classic track to fully embrace the band’s interpretation.

Next up, Sophie B. Hawkin’s 1992 hit, “Damn I Wish I Was Your Lover,” sees Halestorm veering a little farther from the original, eliminating the traces of Pop in Hawkin’s version by replacing the subdued sound of synth with a fortified guitar-line that allows the song to pack more of a punch. Hale’s vocals also hold more resolve and power to bring the song into full-on Rock territory. “I Hate Myself for Loving You” seems like an obvious choice. If there is someone Hale can emanate, it is Joan Jett.  Her vocals do not disappoint, with the singer providing the toughness the song requires with a slight bluesy edge. The instrumentation stays in line with the original, with the guitars giving off a slightly less polished sound.

Halfway through, the band takes a break from the ‘80s and ‘90s and digs their teeth into Twenty One Pilots’ 2016 Suicide Squad track, “Heathens.” This pick makes plenty of sense with the song’s grungy undertone, even with its overall sound fitting more into the Pop genre. The electronic beats of the original are replaced with powerful guitars and percussion. It gives the song a more Alternative Rock sound and plays nicely into its melancholy tone. Hale’s vocals also carry a bit more weight, particularly in the verses.

The Grunge continues with Halestorm taking on Soundgarden’s “Fell on Black Days.” This is the second time the band has covered a Chris Cornell song, the first being Temple of the Dog’s “Hunger Strike” on the initial Reanimate EP. The band stays faithful to the original and the song shows Hale’s range as she predominately stays in her lower register. Halestorm elicits a little less Alternative Rock here and brings out the bluesy elements of the song.

The final track, Metallica’s “Ride the Lightning,” allows Halestorm to fully rock out. It is a tough song to take on, but the band makes it work by staying relatively true to the original. The biggest difference lies in Hale’s vocal delivery, which works, but the shining aspect to this is the way the band excels in capturing the rhythms that are unique to Metallica’s original. The guitar work is aggressive and done with the ferocity any Metal fan would expect.

Covers can be tricky. There has to be enough of a difference that the songs feel fresh without sacrificing the elements that make them memorable. Halestorm does not necessarily navigate these songs into the experimental. Instead, they implore their Rock sensibilities to put their mark on songs that have some meaning to them as artists. CrypticRock gives ReAniMate 3.0: The CoVeRs eP 4 out of 5 stars. 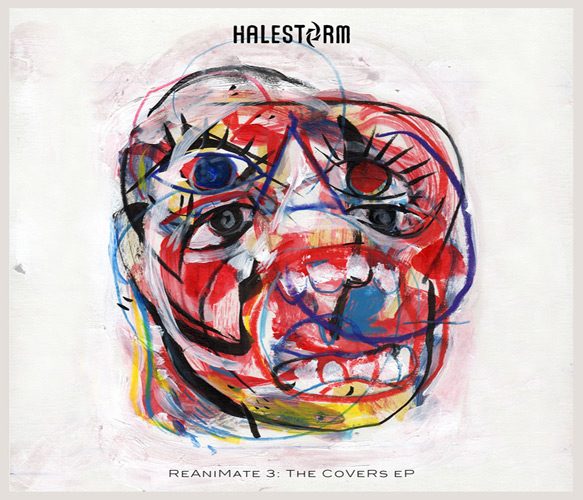 Seether- Wasteland – The Purgatory EP (EP Review)
Like the in-depth, diverse coverage of Cryptic Rock? Help us in support to keep the magazine going strong for years to come with a small donation.