The sixth film in the Halloween franchise, Halloween: The Curse of Michael Myers debuted back on September 29th, 1995. Directed by Joe Chappelle (Skulls II 2002, Fringe 2012) and written by Daniel Farrands (Never Sleep Again: The Elm Street Legacy 2010), the film would be the final to include Donald Pleasence as Doctor Loomis, see the return of Producer Paul Freeman for the first time since 1988’s Halloween 4: The Return of Michael Myers, and would be one of the first major films ever for a budding star in Paul Rudd. A film that was years in the making, Halloween: The Curse of Michael Myers is an intriguing addition to the series two decades after its initial release. 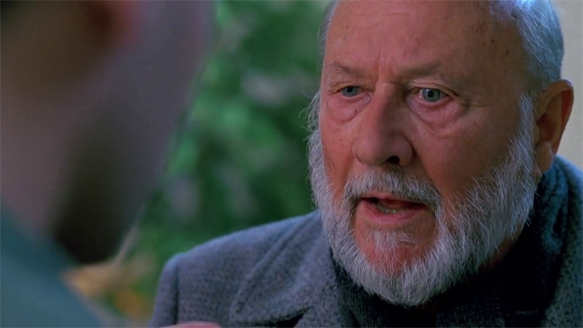 Picking up six years after 1989’s Halloween 5: The Revenge of Michael Myers, the film digs deeper into the backstory of the evil Michael holds within. Looking back to “The Curse of the Thorn,” which was first symbolized in the ending of Halloween 5: The Revenge of Michael Myers, when the “Man in Black” broke into the Haddonfield jail to kidnap Michael (Don Shanks: I Know What You Did Last Summer 2006, Death House 2015) and his niece Jamie (Danielle Harris: Halloween 2007, See No Evil II 2014), the film opens with an older Jamie (JC Brandy: Prometheus Bound 2002, Haunted: 333 2015) who is giving birth to a child on October 30th, 1995. A druid-like figure carries the baby away to a ritualistic ceremony, and, later in the night, a nurse, Mary (Susan Swift: Harper Valley PTA 1978, A Killer in the Family 1983) helps Jamie and the baby escape, and is the first victim to die at the hands of Michael (George P. Wilbur: Firestarter 1984, Ghostbusters II 1989) only for her to be hunted down by Michael Myers to be slayed.

The story then switches to Dr. Loomis, who is visited by an old colleague of his, Dr. Wynn (Mitch Ryan: Judge Dredd 1995, Dharma & Greg series 1997-2002) with a request to have Loomis return to Smith’s Grove Sanitarium. Back in Haddonfield, an older Tommy Doyle (Rudd) fears Michael Myers is returning to the town to finish his slaughter. He and Dr. Loomis seem to be the only ones who know the true danger of Michael Myers as the boogeyman returns to murder everyone in his path with a blood lust to snuff out the females in his bloodline. 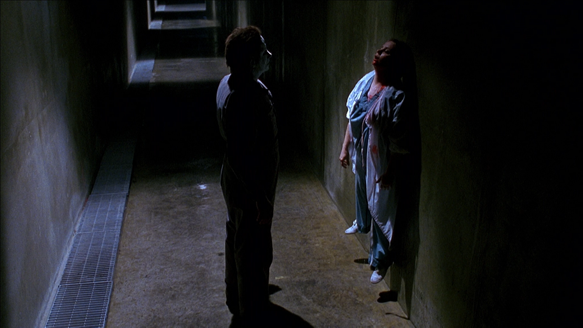 Halloween: The Curse of Michael Myers give a lot of background of Michael’s curse and the cult behind the evil.  The Curse of the Thorn is explained as Thorn, an ancient druid demon that spreads sickness and destruction, to sacrifice the next to kin and offer the blood on Halloween.  This helps explain why Michael always found his next to kin and terrorized them on Halloween. Furthermore, the script does a brilliant job of bringing back characters from the original Halloween, such as Tommy Doyle. This could be looked by some as perhaps a way for the next installment in the Halloween series to break back Jamie Lee Curtis Halloween H20: 20 Years Later which was released three years later.

While some critics initially gave the film poor reviews, the fact is it brought in over seven million dollars in its opening weekend, only second to Seven. In fact, it was one of the highest grossing films in the series for the opening weekend. Like many projects, the film featured controversies behind the scenes which required many edits and re-shoots along the way. The title was even altered from Halloween 666: The Origin of Michael Myers. With many actors behind the mask of Michael Myers, this installment in the franchise saw the aforementioned Wilbur reprise the role he assumed in Halloween 4: The Return of Michael Myers, making him the only one to play the role more than once. 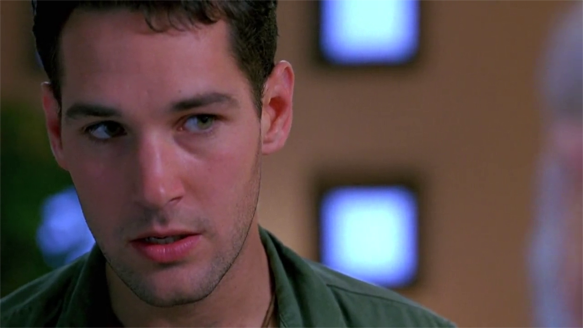 For years there was a director’s cut of the film floating around out with a said forty plus minutes of alternative material, although it went unreleased. Finally on September 15, 2015 Lionsgate released an Unrated Producer’s Cut on Blu-ray. Subsequently, each home video release of the film prior, including the October 2000 DVD and May 2011 Blu-ray release, were pretty bare-bones with no bonus material whatsoever.  With that said, Halloween: The Curse of Michael Myers is sort of a forgotten piece of the series history and is well-worth giving a closer look two decades later. 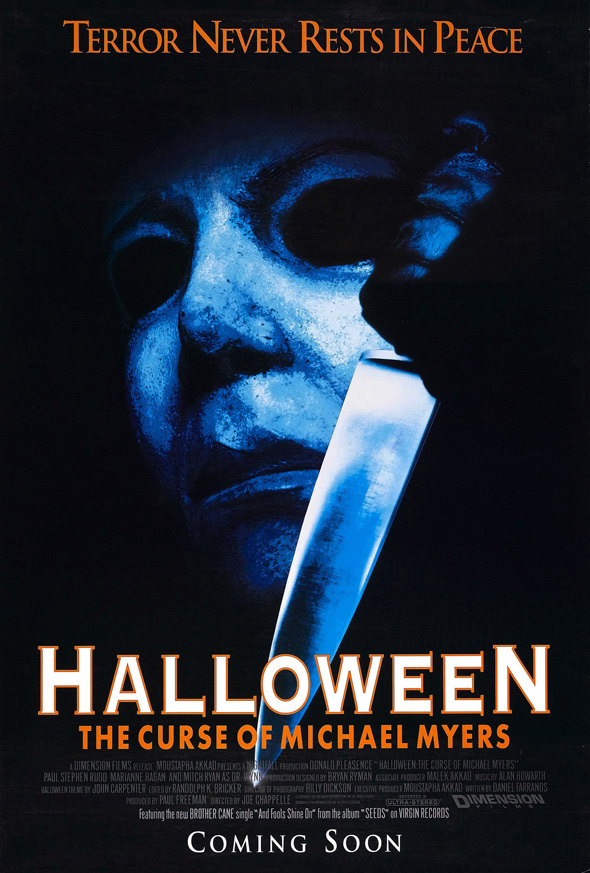