From revered Korean Director Park Chan-wook, famously known for 2009’s Thirst and 2003’s Oldboy, comes his latest work, The Handmaiden. Inspired by the Sarah Waters’ novel Fingersmith, The Handmaiden explores life in Korea under the rule of the Japanese. Starring Kim Min-hee (Hellcats 2008, No Tears for the Dead 2014) and Kim Tae-ri (Moon-young 2015, Who Is It? 2015), the film aims to operate as a window into people in a time period not often explored in cinema, and does so as boldly as one could. That said, the most obvious question for this Palme D’eor-nominated film is – does it live up to the critical hype? There is little use in drawing out the suspense on that because it certainly does, and it does so for a wide variety of reasons. 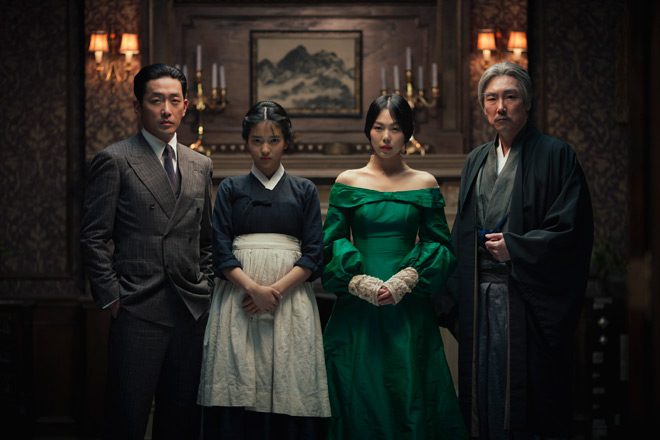 Released in North America via Amazon Studios on Amazon video as of April 13th 2017, and scheduled for DVD/Blu-ray from Magnolia Pictures on April 25th, there will be a lot of temptation to put labels on The Handmaiden to look for familiar patterns and try to file it away as either one thing or another. However, one of the reason the film succeeds is directly because of how it refuses to do this itself; like its characters, the film is entirely its own entity, and manages to draw heavily from the context around it within succumbing to its pressures.

Front and center however, The Handmaiden establishes very quickly that this is not a clinical movie-going experience. There is nothing detached about any of the filmmaking; the director shoots for emphasizing sensation over everything else, and every element of the production has been crafted around that.

From this is borne a focus on character – a wise narrative move, considering that it is only through the characters that an audience can really be buoyed with what the filmmaker wants them to feel. The performances certainly help here, as Chan-Wook has built a cast that sells the small details of their characters. Importantly, it is the actors who make the characters unique when the script fails to do so – many of the characters could easily have come across as a simple “type,” but it is the little details of the performances (facial cues, tics in body language) that run counter to this simplicity, giving them more depth than they would have found with lesser actors. 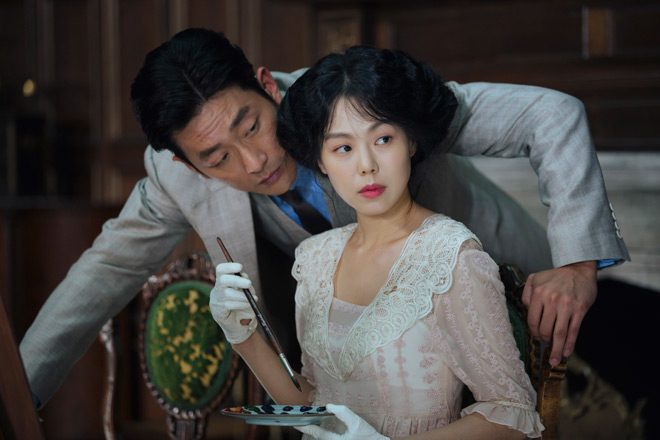 Min-hee manages this most notably, walking the line between wide-eyed naivete and a spine of steel. In some films, characters vacillate between the different parts of their personalities, but here, it does not feel like two people, just one with the personality wrinkles of a real person. It actually makes her easier to relate to, and the film more compelling by extension.

Of particular note is the films pacing, which manages to be both engaging and interesting on a macro level and on a scene-by-scene level. There is a level of polish to how each scene unfurls that clearly points to a lot of directorial intent, but still manages to balance that with narrative brevity. In fact, the story moves faster than you might expect from a film of this type, knowing just when to keep things swift and when to linger on a little detail.

The cinematography is sharp and confident, with Chan-wook never making a visual decision that does not feel like it was considered long and hard before application. Of particular need of praise, however, is how well the set design comes across. It is obvious a great amount of care went into these sets, and that pays off with a film that feels lived in. It goes a long way towards selling the credibility of a period piece like this when the sets feel like real spaces that these actors are inhibiting, rather than just cost-effective slices of them.

Producing films such as 2013’s Snowpiercer and writing/directing the aforementioned Oldboy have clearly taught Chan-wook how to make the most of these spaces too, making for a film that never calls attention to the richness of its environment, but whose camera benefits from it for every moment of its runtime. There are a number of visual influences on display throughout The Handmaiden, and again, the film manages to take all these and blend them into something fresh. When Fujiwara makes his first appearance, for example, Chan-wook frames the scene like it is a Western, relying only on visual implication in a manner that never spills over into parody. The subtlety of this is what makes it effective, and shows the power of having an experienced director who can pull widely from all manner of sources as inspiration. 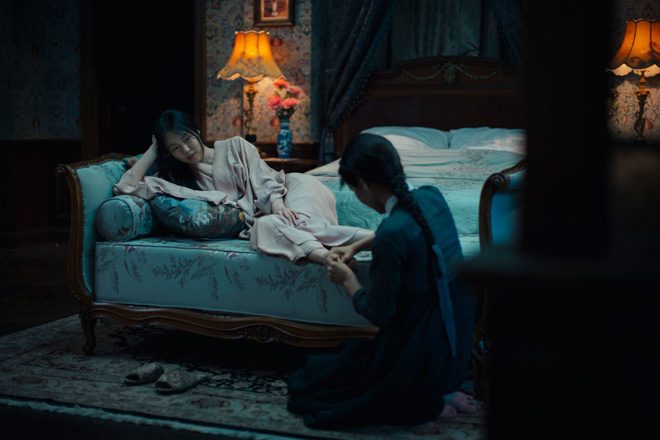 In short, The Handmaiden is not just an intimate character drama, it is an exciting period piece that happily traffics in the business of supplying its audience with visuals they will soon not forget. For that, CrypticRock gives The Handmaiden 5 out of 5 stars. 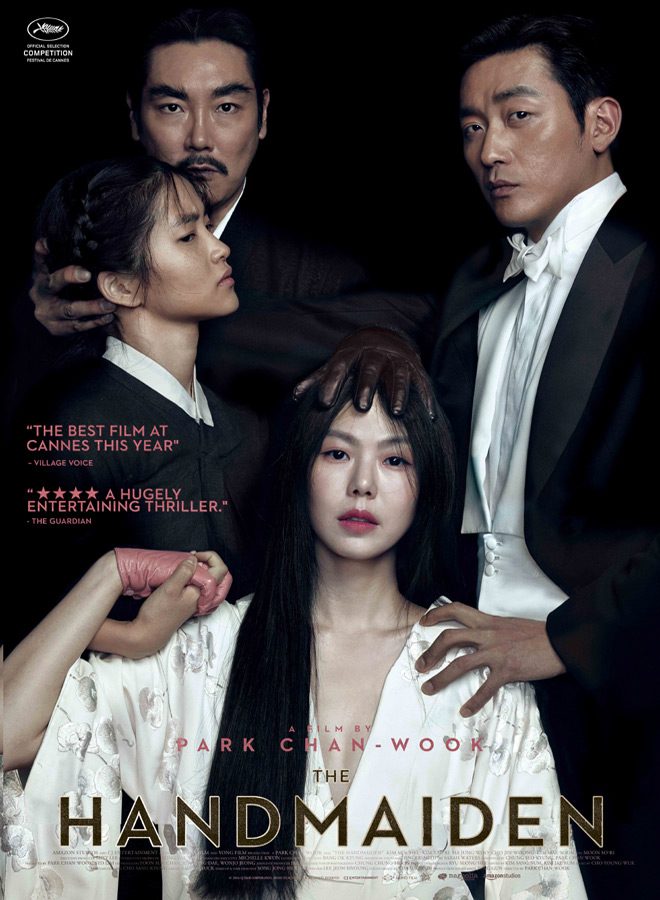