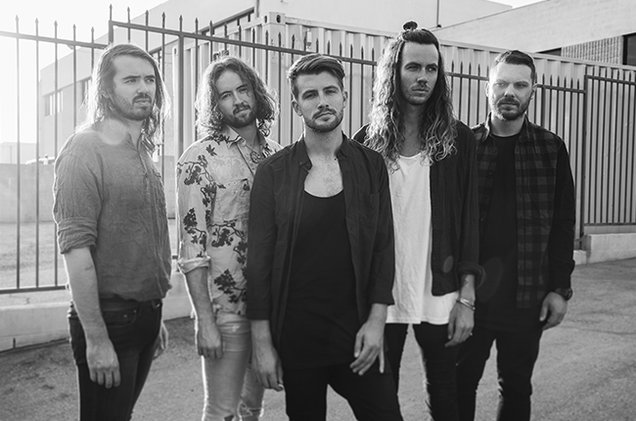 All the way from Canberra, Australia, the band known as Hands Like Houses has made a pretty big impact on the Rock world in recent years. Forming back in 2008, they instantly began working on an EP, but interestingly enough, never ended up releasing it. However, the music was not entirely scrapped and they did re-record the tracks, as well as create several new tracks that would become their 2012 debut album, Ground Dweller. With Rise Records ever since, the red-hot Hands Like Houses attained success in the US with highly charted positions for both Ground Dweller and 2013’s Unimagine. Looking to do something different, they quickly released the Reimagine EP in 2014, re-worked renditions of Unimagine’s tracks, and it was also a hit.

Amidst a busy couple of years, Hands Like Houses returned to the studio in April of 2015 to work on new material. That said, new material saw Vocalist Trenton Woodley, Lead Guitarist Matt Cooper, Rhythm Guitarist and Backing Vocalist Alexander Pearson, Bass Guitarist Joel Tyrrell, and Drummer Matt Parkitny working once more with Producer James Paul Wisner, in addition to Erik Ron. Looking to out-do themselves once again, the album was wielded down to twelve tracks and, on February 26th, will be released under the title Dissonants with high anticipation from their growing fanbase.

Beginning with the single “I Am,”  the first sound heard is a pleasant guitar riff with distant drum beats before becoming heavier. A perfect way to ease listeners into the album, it really shows who Hands Like Houses is with lyrics such as “I am not the same, I wont feed on fame.” Next is “Perspectives,” which is certainly a Rock tune, but the tone of it is not as heavy as the album opener. Lyrically, it is another well-written song that many listeners can relate with. Up next, “Colorblind” may remind some listeners instrumentally of Bring Me the Horizon. Starting off with a soft Rock sound, it soon crescendos towards the middle and finally pops at the end. “New Romantics” is the next anthem, as well as one of the hit singles off the album initially released in October 2015. Reflective of who the band once was, it possess elements of their earlier material, all while being extremely catchy and forward thinking.

Moving right along, the next melody offering is a song entitled “Glasshouse,” which many would agree is one of the best off Dissonants. With a strong beat to rock one’s head to, and lyrics that are seriously killer, towards the end, there are whispered vocals that are haunting. Then Woodley hits the listener with a power yell that some may not expect, adding diversity and emotion to the music. The next tune, “Division Symbols,” is pretty powerful lyric-wise and demands to be listened to closely. With the words “Let me count the ways you kill me,”  Woodley sings with intense feeling in the chorus that will have fans shivering. Those who gets goosebumps when they relate to a song, this is the perfect track for them.

They then take is down a notch for the more mellow “Stillwater.” Starting pretty softly, it features a strong drum beat from Parkitny that builds up to an enjoyable little Rock tune. Then, with a lovely melody, “Momentary” is definitely a piece that is the ballad of Dissonants. Initially reminiscent of a song perhaps The 1975 would record, it starts soft, then jumps up a few decibels before immediately coming back down to the soft melody from the start. Another bold moment comes with “Motion Sickness,” which could also arguably be the best song of the collection. While it does not have the same heavy volume like the tracks before, it still has a Rock vibe. With full drums, killer guitars, and passionate lyrics, this is a cut one can play on repeat and simply never grow tired of it.

Moving right along, “Degrees of Separation” is a song that may need a few listens to truly get into it. Not in the least a bad song, it just may not be initially as engaging as the rest of Dissonants. Picking the mood right back up is “Grey Havens,” which rocks as Woodley’s vocals mesmerize with a dynamic vocal range. In general, it is another appreciable melody. Sadly bringing Dissonants to a close is “Bloodlines.” A wonderful way to end the record, it features a splendid beat, more great lyrics, and impressive vocals. Somewhere in between a more Rock tune and ballad, it shows Hands Like Houses can easily weave in and out of styles.

Hands Like Houses is a band that many people know of, but also a band that more people should learn about. If they were trying to make Dissonants their best one yet, they definitely achieved that objective. Dissonants is an album for any type of music lover. It is not heavy like a The Devil Wears Prada album, but it also is not too Pop leaning as All Time Low. Those looking for something right in between with a good message and well-composed music, Hands Like Houses is it and Dissonants is their brightest moment to date. CrypticRock gives this album a 5 out of 5 stars. 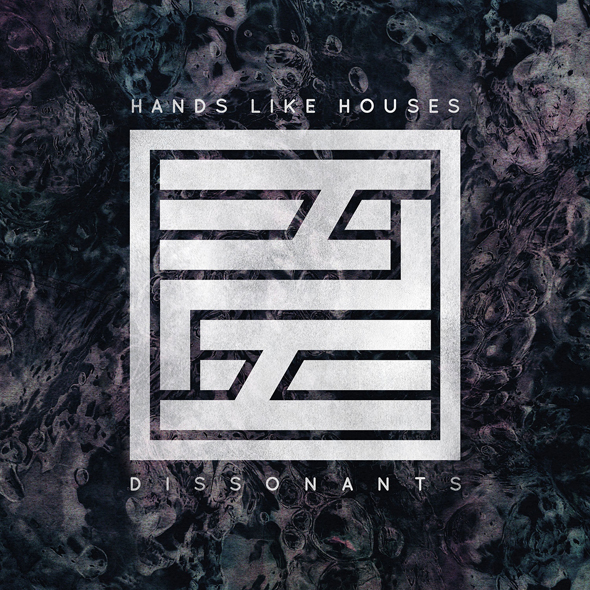