For as long as we have had working terminology to put handles on the minds of serial killers, society has not been able to look away. It is a grim fascination with the aberrant and macabre. This fascination drives further study and technology toward understanding these people and their machinations.

However, the fixation on these people does not stop at the scientific enclaves, but also ensnares the focus of creative types like authors and movie directors. Writers refer to the scientific glossaries of ghastliness and dictionaries of depravity to construct their own stories… but what happens when the impatient Hollywood money machine tries its hand at writing these stories and the murderous characters are not given the respect or nuance that those type of psyches deserve? Well, films like Hangman happen. 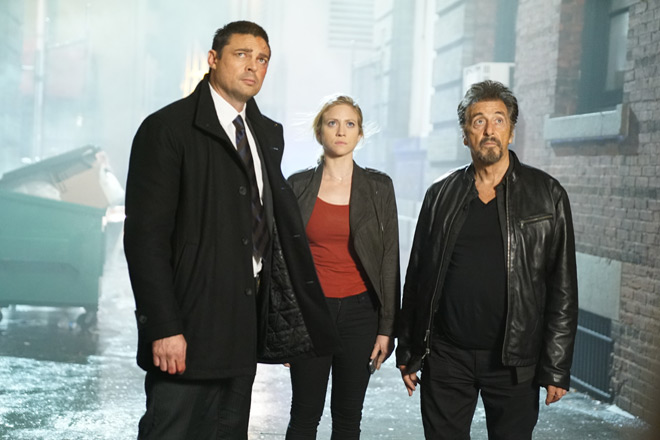 The film shadows grief-stricken widower and Detective Will Ruiney (Karl Urban: Pathfinder 2007, Lord Of The Rings series) and his retired partner Ray Archer (Al Pacino: The Godfather series, The Devil’s Advocate 1997), who are dragged into a bloody spiderweb of killings in the Atlanta, Georgia suburb of Monroe. Following them, at the behest of the mayor, is courageous and headstrong reporter, Christi Davies (Brittany Snow: John Tucker Must Die 2006, Pitch Perfect series). She is tasked with writing what is basically a puff piece on “what it is like to be a policeman in the heart of America,” in order to ease some burgeoning tension between civilians and authorities.

The time is not long before she begins operating like a full-fledged detective, though she never formally receives the title. The trio navigate the puzzles put forth to them by the brazen “Hangman Killer.” At length, the killer’s methods and motives are demystified by the group, revealing a personal vendetta against Archer, culminating with a violent crescendo in a shadowy mausoleum that leaves no one whole or unscathed.

Urban, Pacino, and Snow did what they could with the script provided to them; the writing did them no favors. It played more like a 90-minute season finale of CSI: Atlanta and the cast certainly deserved better. One particularly cringeworthy moment occurs when Detective Ruiney asks Davies about a scar on her forehead, and her witty reply is, “sometimes finding the truth leaves scars.” If you turn the volume up right after, you can almost hear the writer giving himself a high five for that one. 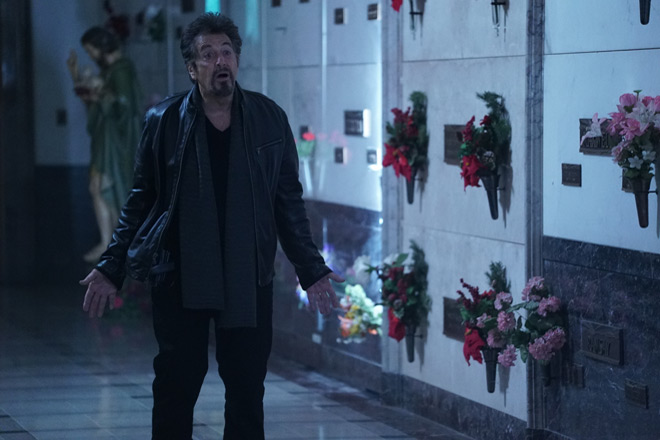 There are innumerable clichés in Hangman that gritty police procedurals have been shoehorning in since their inception such as the “I’m too old for this” schtick from a sage, older cop. There is a middle-aged cop with a tragic past, a quirky coroner, and the quintessential no-nonsense, grouchy police chief.

Snow infuses Hangman with a lot of humanity, though under any scrutiny or reasoning, her character falls apart. Her continued involvement in a high-risk serial murder case is dubious, given that her original assignment is to shadow some cops and write a flowery piece about how they are just regular people with orders and a job. Somewhere along the line, she begins working a high profile serial murder case with them without ever reporting to an editor or being re-assigned to a patrol unit that would better serve her topic and agenda. The Christi Davies character, while anchoring the film and giving it life, requires a godlike suspension of disbelief.

Additionally, Pacino does not necessarily “phone it in.” In fact, he is rather believable as the doddering ex-cop that just wants to eat doughnuts and do crossword puzzles. However, undermining an otherwise fair performance, he does a Southern accent that would drive dialect coaches and linguists to alcoholism. It is a little bit Cajun, it is a little bit Brooklyn, it is a little bit Seminole, and it is all very “Pacino.” Imagine a wiseguy practicing a folksy Southern accent because he has to carry out a hit in Georgia. He tries just enough to vaguely fit in, but winds up sounding worse than if he had not even tried. 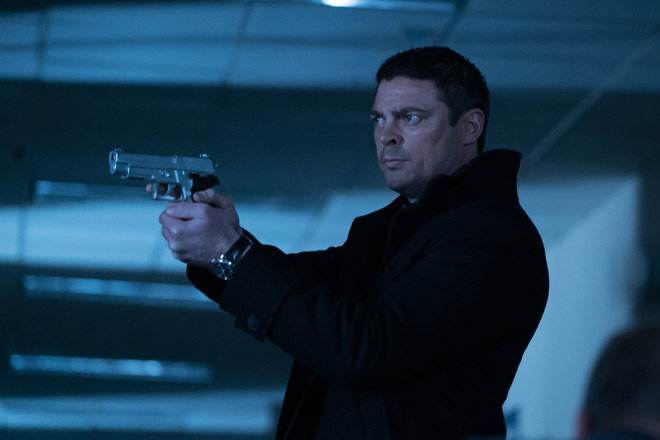 Overall, Hangman is not awful, but these kind of police-driven serial killer stories are currently in vogue and many of them proffer new insights and points of view. Hangman seems trapped in the Seven 1995 era. It covers a lot of the same ground and showcases very little panache of its own. With such content matter, you can not really get away with traveling the same beaten paths. Hangman is “killer filler,” and rides on the coattails of real quality detective-versus-murderer stories.

Directors such as David Fincher (Zodiac 2007, Mindhunter series) and Cary Fukunaga (True Detective series, The Alienist series) have brought new dimensions to serial killers, a subject that captures the imagination and attention of not only America, but humanity at large. Fincher and Fukunaga—among others—have stood up with the serial killer sub-genre, while middling films such as Hangman are still sitting. For its cast’s perseverance and dedication in the face of a flimsy storyline and clichéd script, CrypticRock scores Hangman 2.5 out of 5 stars. 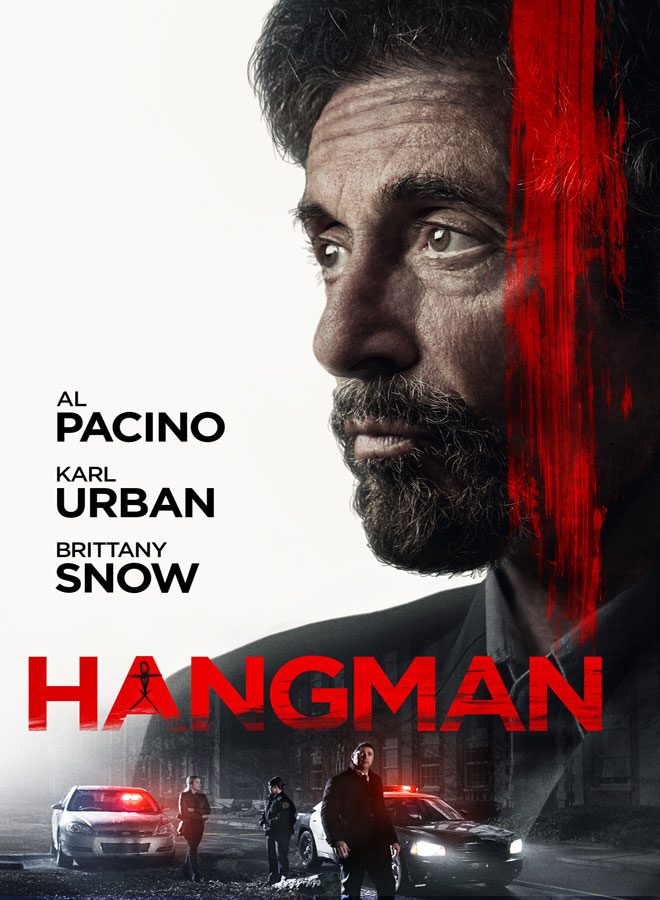 Spiral (Movie Review)
Like the in-depth, diverse coverage of Cryptic Rock? Help us in support to keep the magazine going strong for years to come with a small donation.