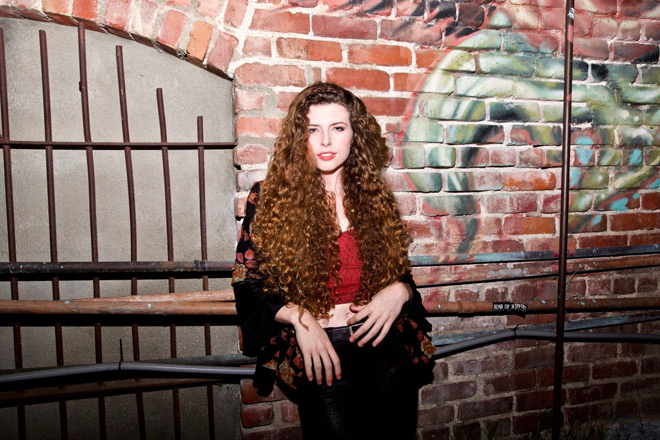 With a sound pulled straight from the glory days of Album Oriented Rock of the mid-seventies, Hannah Wicklund & the Steppin Stones are the latest entry into the throwback trend spearheaded by bands like Greta Van Fleet and The Record Company. Wicklund, a 20-year-old Hilton Head, South Carolina native is set to release her self-titled album on her own Strawberry Moon imprint on Friday, January 26, 2018, and it could not come a day sooner.

Marking Wicklund and her band’s third studio album, it is a brisk 38-minute, 10-track affair, exploring various musical influences from Blues to Hard Rock and Classic Rock. The album kicks off with “Bomb Through a Breeze,” a scorching track that features Wicklund’s growl and a hard-driving rhythm. When asked about the track, Wicklund offers, “I wrote this song as a response to feeling backed into a corner by someone who doesn’t get the hint. This is the type of song to hopefully inspire some self-confidence when it comes to standing up for yourself or others. Unfortunately, when someone’s volume is on loud for so long, the only way to get their attention is to do something even louder.”

The second track, “Ghost” has a more Pop/Rock tone. Wicklund’s Bluesy lead and low-key singing voice give “Ghost” an almost haunting effect. “Looking Glass,” the third track, is one of the best on the album. It is another strongly Blues influenced track, whose lyrics are particularly insightful coming from someone who is so young, “We all get our point of view/ From the looking glass we look through/ But your lens is cracked/ And it’s bleeding shades of blue.”

The second half of the record offers several more absorbing tracks. “Strawberry Moon” shows off the vocal range that Wicklund has been hinting at through the whole album. Wicklund, shows us some flashes of Janis, but never quite goes over the edge. Still, even though it seems that she is holding back, Wicklund’s vocal is captivating.

“Too Close to You” is a very fun, upbeat number with a simple structure that has an almost Punk sound. Even when she strays from her chosen, serious Blues/Rock genre, Wicklund makes great noise. On “Meet You Again,” Wicklund unfurls her raspy growl again. This slow and brooding track makes the case that Wicklund is a star in the making.

It all wraps up with “Shadow Boxes,” an intimate, acoustic song that features Wicklund’s trademark growl and insightful lyrics that, once again, exposes an unlikely maturity for someone so young. With lyrics like “If I’m gonna know you, you need to know yourself first” and “These highlight reels aren’t real life, they’re just for show,” Wicklund reveal an understanding that escapes many people much further along in their life’s journey. Though the album is filled with insight and expressions of her musical mastery, Wicklund is best when she is alone with an acoustic guitar and her deepest thoughts. The final line of the album, “Tell me a story, one that I haven’t heard,” leaves the listener hoping that we will hear many more stories from one Hannah Wicklund.

Overall, Hannah Wicklund & The Steppin Stones is a phenomenal record with a remarkable young woman at its core. It is musically diverse and thematically robust. Ms. Wicklund’s singing and playing rival and surpass many of the radio friendlier performers of her generation. Wicklund, whose vocal mastery and musical prowess belie her youth, recently relocated to Nashville, is currently touring with the Steppin’ Stones and her brother, Luke Mitchell’s band, The High Divers, so be sure to check them out, but most of all, pick up her latest album. CrypticRock enthusiastically gives Hannah Wicklund & The Steppin Stones 5 of 5 stars. 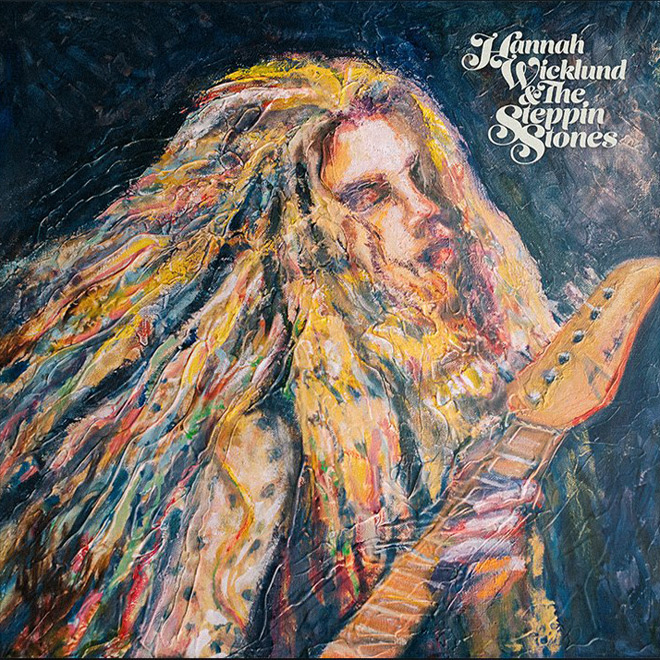