Down in the Mexicali, there is a crazy little place that I know; so goes the song, “Down in Mexico” by the Coasters, as well as the latest Horror/Thriller, Happy Birthday. Written and directed by Casey Tebo (CMT Crossroads TV series, Black Veil Brides: Live in Los Angeles 2015), with cameos from Aerosmith’s Steven Tyler and Jeff Daniel Phillips (Lord’s of Salem 2012, Westworld TV series) as Frank Zappa, Happy Birthday is equal parts 2006’s Hostel and 2009’s The Hangover, with a little inspiration from Quentin Tarantino and Robert Rodriguez thrown in. Released by Darko Entertainment in select theaters as of September 9, 2016, from the beginning, Happy Birthday promises something different. 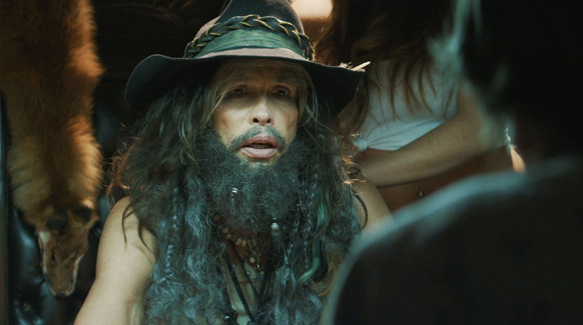 Assistant for a film producer, Brady (Matt Bush: Halloween II 2009, The Goldbergs TV series), is having the best and worst day of his life, which happens to coincide with his birthday. After discovering his girlfriend Janie (Tristan Mays: The Vampire Diaries TV series, MacGyver TV series 2016) cheated on him, Brady’s friend and actor, Tommy (Riley Litman: P-51 Dragon Fighter 2014, Sun Choke 2015), promises to make his birthday amazing regardless. Tommy drives them both down to Mexicali for the night of his life. They immediately meet two young women, Katie (Vanessa Lengies: Second Chance TV series, Glee TV series) and Lucia (Britne Oldford: The Flash TV series, American Horror Story TV series), who assist them in ordering food. Brady is taken with Katie, and Katie invites them to a party at their hotel later.

In the meantime, Tommy arranges with a local Texican (Erik Palladino: ER TV series, The defenders TV series) and his side kick, man-mountain, El Caballo (Matthew Willig: The Benchwarmers 2006, Agents of S.H.I.E.L.D. TV series) to take them on a tour of the nightlife. To start the evening, they meet with local Shaman Kasape Suka (Steven Tyler) who offers them a selection of strange and unusual drugs. After picking and taking some, Tommy, Brady, Texican, and El Caballo unleash upon Mexicali. First is the traditional cockfight, which leads to a night of mayhem. 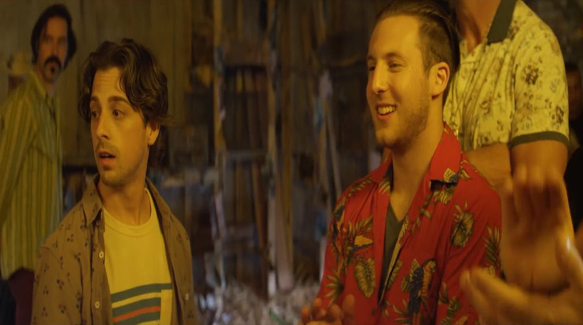 While being heavily affected by drugs and alcohol, Brady believes he sees a stripper murder a patron, only to be told by Tommy it is all in his head. This unsettles Brady, but he continues and they again run into Katie and Lucia. Lucia tells them some disturbing stories of a local cartel lord, El Gato Enferno (Robert Miano: Firestarter 1984, In the Company of Strangers 2014), and how he kidnaps young American males and blackmails their fathers for money.

With this in the back of their minds, Brady and Tommy join Katie and Lucia at their hotel. Rather than the party they expected, Brady and Tommy are restrained and tortured by the girls. They soon discover that Katie and Lucia work for El Gato Enferno and held for ransom. Lucia’s dark side emerges and she displays some violent behavior. Further, she ensures Brady and Tommy are drugged the entire time, and hold parties with the boys as party favors. After Tommy dies from a fatal overdose and the girls discover Brady’s adopted with no rich father to save him, he is left on his own with Katie and Lucia. In a few short hours, El Gato Enferno himself will arrive to kill Brady. Brady escapes once, only to end up back in the hotel room facing El Gato Enferno and his fate. At this time, the story takes an unexpected turn and Brady finds he is in a even darker, twisted nightmare. Brady’s birthday begins and ends in similar yet mental fashion. 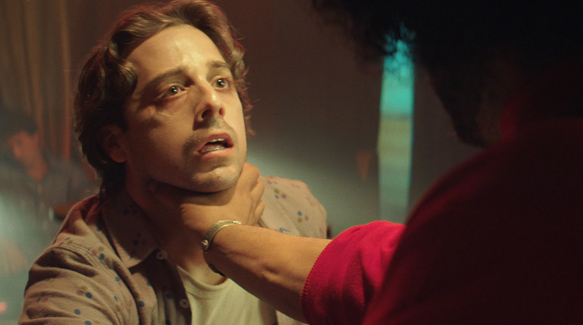 Happy Birthday messes with the viewers’ mind from the very first scene and does not stop until the end. It is almost impossible to determine what is reality and what is not. This has both a positive and negative effect on the viewing experience. Firstly, on the plus side, it keeps the viewer on the edge of their seats and begging for more. However, after several twists and turns, it gets tired and overworked. This leaves the viewer wanting the end and some resolution. The frenetic camera style by Terrence Hayes (Queer Eye for the Straight Guy TV series, Pit Boss TV series) keeps pace with the change in scene direction and storytelling, though makes it hard to pin down places, times, and what is really going on.

A blend of styles with more depth in the effects than in the plot, the character introductions in the first act do indeed create empathy between the viewer, Brady, and Tommy, ensuring they care what happens in the second and third acts. Overall well-acted, the cameos are a pleasant surprise, adding humor to what at times can be a bleak, dark story. The only real joy, resolution and glimpse of happiness arrives at the end, which by then can feel like a long time. All in all, Happy Birthday is definitely not the usual Horror/Thriller. It is unique, quirky, and stylish, and well-worth watching, if nothing else, leaving a lasting impression. CrypticRock gives Happy Birthday 4 out of 5 stars. 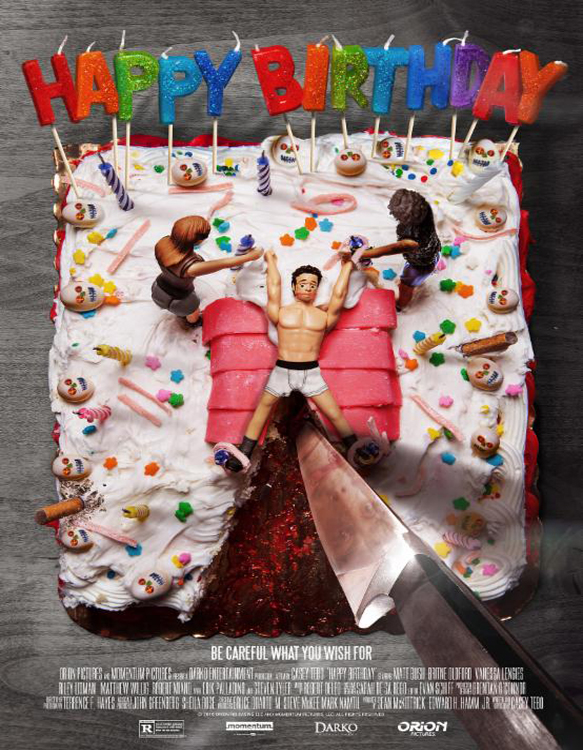