A great Horror flick can be frightening, disturbing, but also dripping with satire. Take the new film Happy Death Day, cleverly released on Friday the 13th of October 2017, just a few weeks before Halloween. From Blumhouse Productions, and distributed through Universal Pictures, Happy Death Day is a sort of mish mosh of genres, but the end release is diabolically delicious. 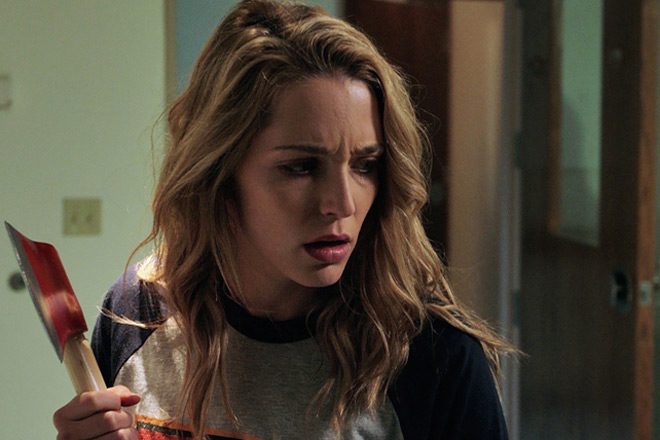 Directed by Christopher Landon (Disturbia 2007, Scouts Guide to the Zombie Apocalypse 2015), produced by Jason Blum (Insidious 2010, Sinister 2012), and scripted by Comic Book Writer Scott Lobdell, the fun of Happy Death Day starts with the first blood spill and continues through until the final cut. It all starts when Carter Davis (Israel Broussard: The Bling Ring 2013, Fear the Walking Dead series) awakens to find the beautiful co-ed Theresa “Tree” Gelbman (Jessica Rothe: La La Land 2016, Mary + Jane 2016) in his dorm room after a hellish night of partying. Being Tree’s birthday, Monday, September 18th, she carries on with her day as if nothing ever happened and being a typical, rotten, ungrateful college kid.

Going out to a party yet again, Tree is in for a unhappy birthday night treat as she is murdered by a hooded figure wearing a mask of the college campus mascot. You would think it would be over there right? No, strangely enough, Tree wakes up the next day back in Carter’s dorm again, ready to repeat the same shallow routine as the day before. Where does it go from here? The same thing day after day. Think 1993’s Groundhog Day but with a murderer waiting at the end of a tunnel each day ready to kill you! Will Tree finally stop the masked slasher, or is she destined to live out this brutal reality for eternity? 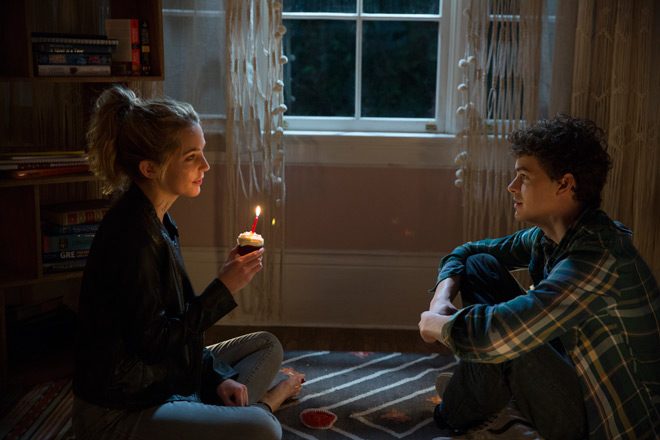 The plot of Happy Death Day may seem nothing special to younger audiences, but it is a real homage to those that remember the classic Slashers from the ’70s and ’80s. That said, it is meant to be fun and if you pay attention, you will see all the tributes to the past. For example, the knife stabbing through Happy Death Day mimics the same as seen in Alfred Hitchcock’s 1960 classic Psycho. All of these Horror lover easter eggs coupled with settings located around New Orleans including Loyola University and the Audubon Clubhouse Café, as well as empty streets/alleys around Van Nuys and the greater Los Angeles give the film a real feel. This sure makes the jumps more special thanks to the cinematography by Toby Oliver (Beneath Hill 60 2010, Get Out 2017).

While the main character of Tree may seem unlikeable, there are a collection of delightful and friendly personalities that populate her world including Carter and Joseph Toombs. That said, repeatedly dying does not necessarily make Tree more self-aware, although she does become determined to stop her killer, so there is that going for her. 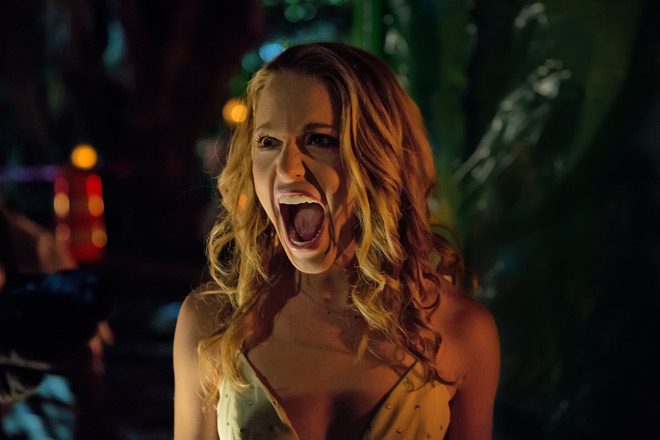 Cliche ridden to a beautiful campy fault, Happy Death Day is a Horror movie fans of 1996’s Scream and other earlier generation Slasher films will love. So get your tricks and treats with Happy Death Day, and remember, too many carbs can kill you! For something fun and not taking itself too serious, CrypticRock gives Happy Death Day 5 out of 5 stars. 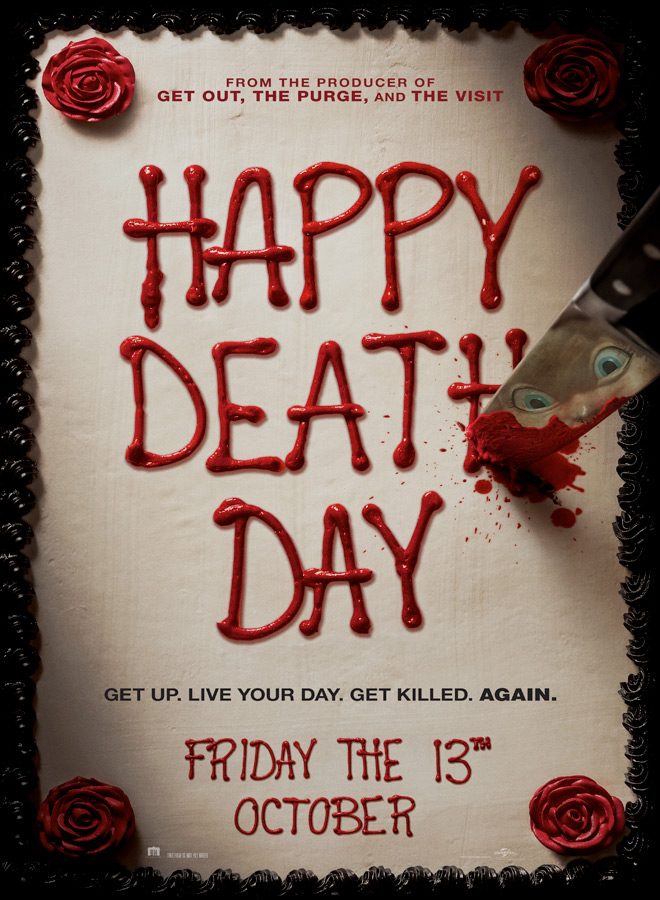