Hard Working Americans – We’re All in This Together (Album Review)

August 2, 2017 Hard Working Americans – We’re All in This Together (Album Review) 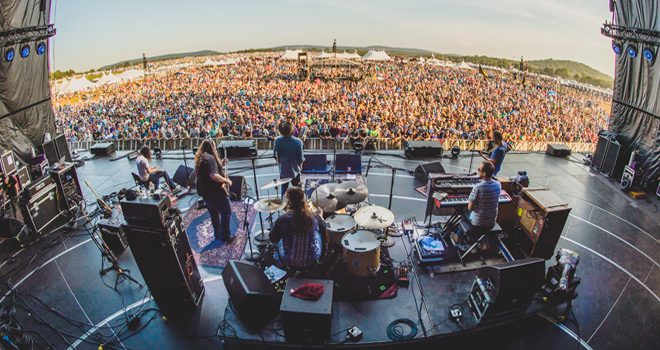 Set to join the list of iconic live albums of the modern Rock era, Jam band supergroup Hard Working Americans bring listeners We’re All in This Together on August 4, 2017. Consisting of members from Widespread Panic, Chris Robinson Brotherhood, and Great American Taxi. they pool the talents of Bassist Dave Schools, Drummer Duane Trucks, Guitarist Neal Casal, Keyboardist Chad Staehly, celebrated Singer-Songwriter Todd Snider, along with new addition, Tulsa Guitarist Jesse Aycock. This in mind, the question is not is there talent behind this new album, but does it translate the live music experience from a strictly listening one?

Recorded while on tour in 2016 by mentor and engineer Colin Cargile, We’re All in This Together is produced by Schools and mixed by John Keane. Consisting of thirteen tracks, filled with fan favorites, it captures glimmers of that experience that bring fans from listening devices to music venues to interact.

“For the kind of band we are, I think this is a definitive statement for us,” Snider says of We’re All in This Together. He added, “It captures a collective spirit, a collective muse being shared by a thousand-plus people.” Very true, it kicks off the party with “Mission Accomplished” setting the mood with some of the classic guitar riffs and vocal struts that Hard Working Americans are known for. Then, pulling in a crowd vibe is what makes “Have A Gun” one of the best of the record and it is supported by that feeling of inclusion the band had set out to deliver. Though it does seem a bit long in its jams, true followers of the band will not be disappointed.

Moving on, syncopated rhythms supported by crowd cheers complement “Stomp and Holler,” which goes down as a Country Rock dance party that happens when all of these masterful musicians come together on stage or in the studio. Infectious harmonica fun meshes brilliantly with piano work that gives the music a Honkey Tonk feeling, and it is stellar. Then, “Roman Candles” and “Ascending Into Madness” are classics in the songbook of this multitalented band. Soft and emotive, as well as lyrically pointed, this is where Snider’s skill as a songwriter shines.

Thereafter, “Burn Out Shoes” is a standout with plodding tempo, purposeful and deliberate. This is before title-track “We’re All In This Together” where the party transcends the recorded experience to a live show. Recorded at Iron City in Birmingham, Alabama, El Rey Theater in Los Angeles, California, and Lockn’ Music Festival in Arrington, Virginia, the band is built for festival crowds. This is never more true than “Is This Thing Working,” which includes shredding guitar solos soaring above the crowd cheers.

Later on, there is “High Price of Inspiration,” which is introspection at its finest. Vulnerable, the lyricism here is what has given Snider a reputation as a Rock poet. In stark contradiction, “Run A Mile” is southern style thrown down with Honkey Tonk flair. Closing it out with Chuck Berry’s “School Days” suggests that this is a band that respects Rock-n-Roll history, a mastery of their instruments, as well as the brilliance that can happen when everything and everyone come together in some sort of music miracle.

This album is a metaphorical tale of how Hard Working Americans found one another and their philosophy behind music. A refreshing team effort and it is an example of how music can unite us even in the most divisive of times. For these reasons, CrypticRock gives We’re All in This Together 4.5 out of 5 stars. 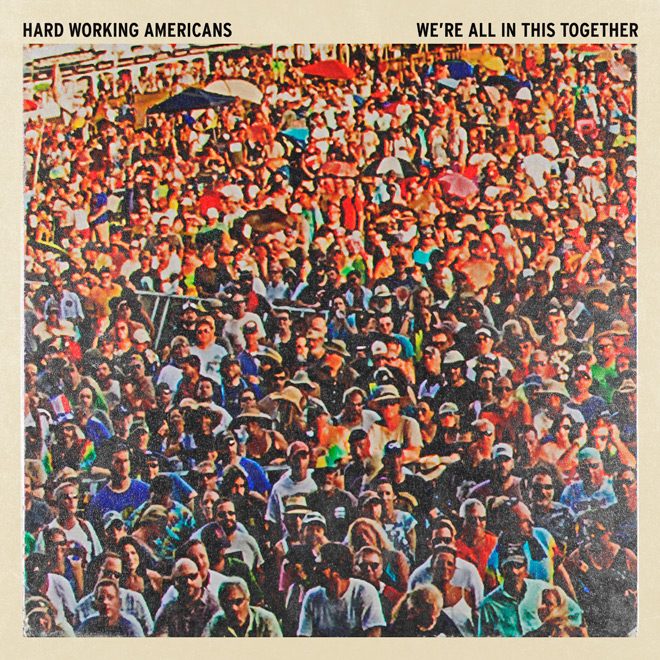