The human mind is a powerful force capable of storing a lifetime of memories. However, sometimes those memories become tainted. Released on VOD and DVD via Breaking Glass Pictures on January 24th comes the Crime Drama called The Harrow, which explores such topics. Written and directed by Kevin Stocklin (Case Closed 2010, Eve 2011), the talented young filmmaker uses the twisted mind of the character known as Miller (Tom McKay: The White Queen TV series, Kill Command 2016) as a basis. While set in modern times, much of the story is told in retrospect via flashbacks by Miller, making it interesting to explore. 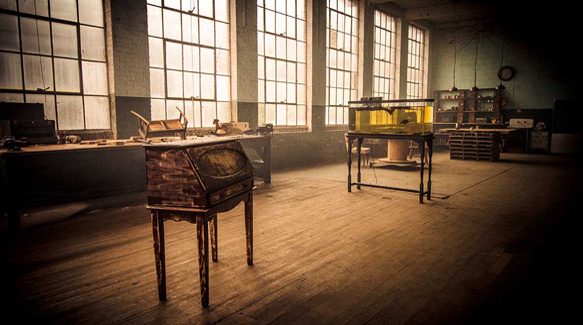 The story shows Miller living in an abandoned abattoir, restoring antique furniture and keeping to himself. Although, Miller is never alone. He is haunted by the ghost of his former lover, Gale (Maggie Geha: Ted 2 2015, Gotham TV  series). Gale is believed to have been murdered by her husband Uriah (Lars Gerhard: The Blacklist TV series, Shutter Island 2010).

A decade after Gale’s death, Ruth (Sonya Harum: Gossip Girl TV series, The Grief of Others 2015) discovers that Gale is her mother – not her grandmother. Ruth heads to the place Gale died in search of information and put the pieces of her life’s puzzle together. Gale’s first stop is the local Sheriff (Gabe Wood: The Change-Up 2011, Stomping Ground 2014), who tells her the gruesome details about Gale’s death at the hand’s of Uriah. He then sends Ruth Miller’s way. 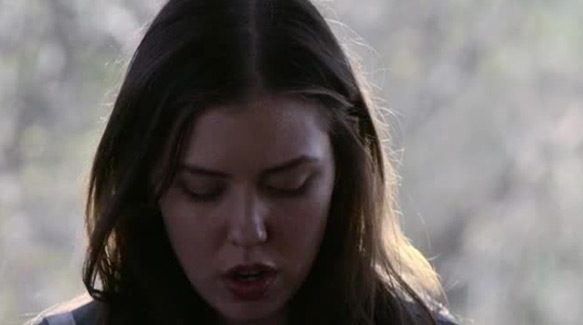 It takes Ruth several attempts to crack through Miller’s tough exterior, and get anything out of him regarding Gale. In order for Miller to trust Ruth enough to open up, she is forced to reveal things about her own life Ruth preferred to be buried. It works and soon enough Miller tells her about Gale, although Ruth knows he is holding back.

Through a series of Miller’s and Ruth’s flashbacks, Gale’s last days are pieced together, and Ruth begins to feel whole for the first time. However, it is not until Gale visits Uriah’s sister, Adele (Geneva Carr: It’s Complicated 2009, Love & Other Drugs 2010), Ruth is told the un-twisted truth. Ruth gets exactly what she wanted, but will it cost Ruth her life, or will Miller finally find peace?

At its core, The Harrow is a doomed love story taking place in the mind of a man tormented and haunted by the past. A slow burn, there is not much action until the end. In fact, it is not until almost until the very conclusion of the film there are any hints of a twist. The issue is, due to its slow pace, and drip feeding the viewer information, it may be difficult for fans of action and fast pace to find a reason to stick with The Harrow. That in mind, while it may not suit some viewers, it will suit those who like slower, winding story lines with a bang at the end. 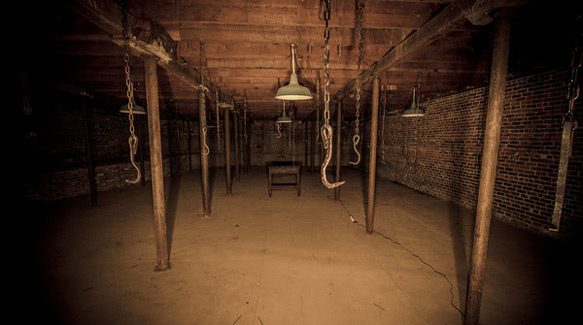 A large percentage of the scenes in The Harrow are dreamlike and surreal, which makes it difficult to feel a connection with the characters. It is sometimes jarring, going from flashback to present time in quick succession, and does create distance between the characters and the viewer. By the umpteenth flashback, it gets monotonous. However, the two main characters are well developed, and carry the story well on their own.

The special effects, while minimal, are well handled, likewise for the cinematography by Adrian Peng Correa (Ava’s Possessions 2015, Night Owls 2015). All this in mind, Kevin Stocklin’s first feature film shows promise for his future works since he is not afraid to give his characters flaws and put them in the firing line. A thought-provoking, decent watch, CrypticRock.com gives The Harrow 3 out of 5 stars. 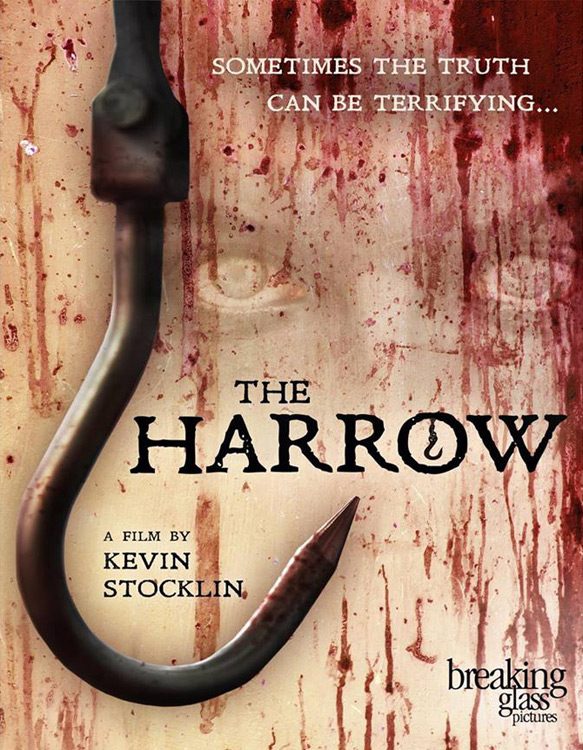