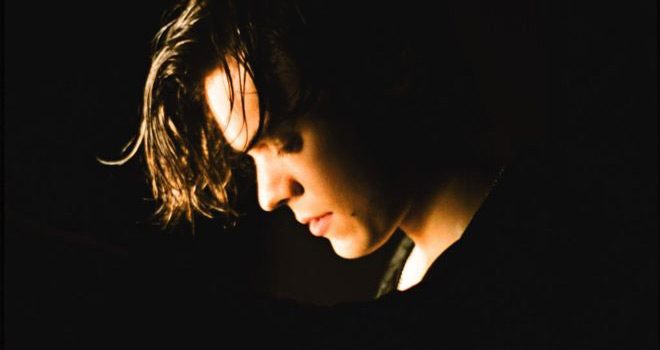 One Direction or 1D fans can rejoice with a debut album from Harry Styles, who now leads the way as the first member to release a full-length solo recording in 2017. The Rock star from the world’s biggest Pop group genuinely displays a sound and style (no pun intended) of his own as both singer and songwriter on the highly anticipated self-titled album, Harry Styles. Taking complete control, the album was released on May 12, 2017 through Styles’ own record label, Erskine Records Limited, under an exclusive license to Columbia Records, a Division of Sony Music Entertainment.

Consisting of ten tracks in all with production by Jeff Bhasker (Kanye West, Bruno Mars, Taylor Swift, and Drake) along with Alex Salibian, Tyler Johnson, and Kid Harpoon, the album’s cover art features a photo of Styles’ bare back as he is taking a bath and possibly washing away his past, or just brandishing raw, naked honesty. Younger 1D fans may find Styles’ new album a bit more serious and deeper than the days gone by. He emerges more wistful and downhearted, providing listeners with an intimate look into his past relationships.

But why such a serious Harry Styles? Like all other One Directioners who found fame at an early age from their manufactured Pop band, Styles is also on new proving grounds. His baritone vocals and rolling falsetto remain intact while his music influences are clearly classic. Just maybe, this clever vocalist with a killer smile who swirled and twirled around the live concert stage as a member of the world’s biggest boy band, has truly matured into a 23 year old Rocker that just wants to be taken more seriously. It has been seven years since Niall Horan, Zayn Malik, Liam Payne, Louis Tomlinson, and Harry Styles first auditioned as solo candidates for the British televised singing competition, The X Factor. When they did not progress, they were formed into a five-piece group for the competition. It was none other than Harry who came up with the name One Direction. One Direction achieved third place, signed with Simon Cowell’s record label, Syco Records, and immediately became an international success.

They released five albums, topped the charts with numerous hit singles, received accolades of awards, and were the first band in US history to have their first four albums debut at number one. Their Where We Are Tour was also the highest-grossing tour by a vocal group. But in March 2015, member Zayne Malik, defected from the brotherhood. The band carried on as a four piece, released the album Made in the A.M. and toured before announcing in January 2016 they were taking a hiatus to individually pursue other projects. In March of last year, Malik released a solo R&B album, Mind of Mine, and more recently, a duet with Taylor Swift (a Harry ex), from the 50 Shades Darker soundtrack, entitled, “I Don’t Wanna Live Forever.”

In 2017 alone, fans have witnessed a series of other solo material from One Directioners. Niall Horan, 1D’s main instrumentalist, became the group’s second member to release his own music with the hit single, “This Town.” Horan just dropped another new single on May 4th called “Slow Hands,” that is receiving plenty of Top 40 airplay. Liam Payne is also expected to release his own solo material this week. Louis Tomlinson’s collaboration with Steve Aoki, “Just Hold On,” debuted live on The X Factor just days after Louis’ mother had died from Leukemia with Harry, Niall, and Liam there in support. After a complete social media silence since last September, Harry Styles and his solo debut effort have arrived.

In addition, back in April, fans were treated to the preview of two songs; the Pop single, “Sign Of The Times,” which almost immediately hit No. 1 in the US and UK on iTunes, and the slow melancholy acoustic track, “Ever Since New York,” which Styles performed on Saturday Night Live. Regards to the new full-length album, the ten tracks totaling 40-minutes on Harry Styles range from trippy Folk, Space Rock, to Alternative and edgy. Styles’ willingness to experiment with such diverse styles and put his heart and soul on his sleeve makes for an honest and trustworthy endeavor. You can time travel through all ten tracks starting from the sounds of his UK forefathers before him – Beatles, Rolling Stones, to David Bowie and Oasis. Retro, hip, Brit Pop, and just plain chill, this is authentic artistry coming from Styles.

The countdown begins with “Meet Me in the Hallway.” The opening track is a bit spacey but builds intensity throughout. Styles’ lyrics hint of a struggling relationship with optimistic hopes for it getting better. The gravity of “Sign of the Times,” with its deliberately slow piano and aching vocals, immediately emits sadness and sorrow, an aesthetic far from what a 1D fan may expect in happier times. Styles’ high notes and pure vocal emotion are undeniably effective. Now, the fun begins with “Carolina,” a sexy Beatle-esque tropical groove with soothing beats and poetic phrasing. The intensifying chorus of “She’s a good girl,” and a lot of “la la la la’s” will quickly pull the listener into a sing-a-along-song with Styles. Like the title, some of Styles’ songs have sparked rumors and speculation that they were penned about former flames such as Caroline Flack and Taylor Swift.

The tenderly reflective “Two Ghosts” is a soft and subtle easy listener stinging with sensitivity while Styles croons trying to remember “how it feels to have a heartbeat” as he falls out of love. The album’s third single to be released, a soft acoustic Folk song, “Sweet Creature” follows as Harry’s comfortably easing voice seems reminiscent of 1D’s “You and I” or “Story of My Life.” “Only Angel,” a meaner and rockier track that brings one to heaven and then thrusts you back to earth possesses Mick Jagger traits and a Stone’s-like “Honky Tonk Woman” guitar.

Next up is the angst ridden “Kiwi” launching with a Punk attitude and spirit accompanied by a Hard Rock bite. Styles’ declarations and scathing attacks hint toward the possibility of fatherhood cut down and personally being shut down. “Ever Since New York” is a fuller and somber open tapestry of big sound with an orchestra interwoven throughout Styles’ varying vocal range and ability. Possibly providing some comic relief, the song “Woman” opens with a prerecorded discussion asking, “Should we just search romantic comedies on Netflix and then see what we find?” The last track, “From the Dining Table,” is a painfully sad and lonely song with Styles questioning “Where were you?/I fell back asleep and was drunk by noon/I’ve never felt less cool.” It is as close as Styles allows us to get.

Styles’ transcendence as a solo artist, with original fans who can consider him a childhood friend that they have grown up with, will win everyone over, including their moms. His intimate and emotional aches and pains, although unexpected, are seductively soothing and enticing as he sings about loving and losing. Both old and new fans will continue to support their beloved Styles, whether he is jilted and weary with vulnerability, or confidently playful and brash.

All this said, Harry Styles is a first rate solo debut giving Styles the credibility and leverage to stand on his own. He is now somewhat older, maybe wiser, certainly more experienced, and above all, an evolving artist. Styles can kick it live too as one of the best. All tour dates are already sold out for his international tour that begins in the U.S. in September and ends in Paris, London, and Japan. For all these reasons, CrypticRock gives his new album 4.5 out of 5 stars. 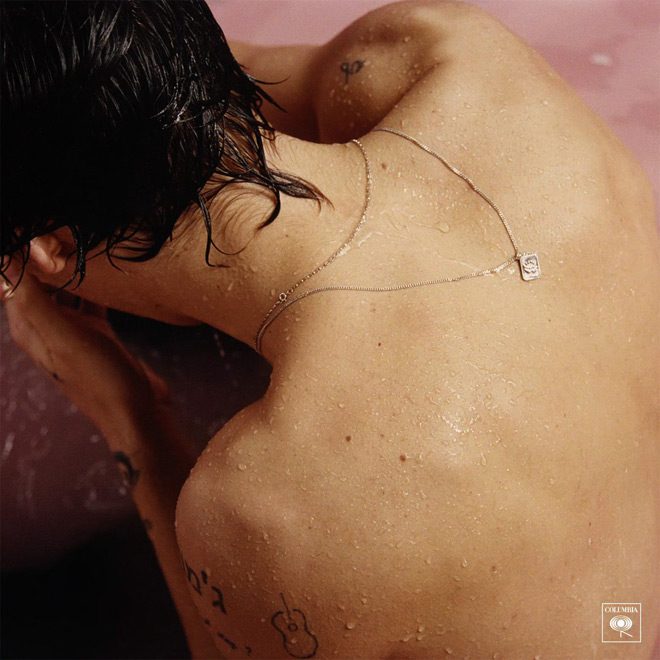