One of the newest releases in the Anchor Bay family, The Hatred made its way to DVD, Digital HD, and On Demand on September 12th via Lionsgate. Originally premiering at Popcorn Frights Film Festival down in Miami, Florida on August 17th, the film features the acting talents of Andrew Divoff, known for his role as the all powerful demonic Djinn in 1997’s Wishmaster, Nina Siemaszko (Airheads 1994, Suicide Kings 1997), Sarah Davenport (Stichers 2015), Darby Walker (Girl Meets World 2014), and Shae Smolik (Trafficked 2017). These are just to name a few of the cast members that lead the audience through an emotional turmoil much like ghost and demonic movies of the past.

A paranormal Thriller, produced by Maleek Akkad, recurring Producer/Director from the Halloween franchise, the writing and directing of The Hatred was provided by Michael G. Kehoe (Hush 2015, Keflavik – which is in development). Matched with an all-star cast, it is set in a country home as four college women get ready to vacation for the weekend. Unfortunately, they end up discovering a malevolent force has been among them ready to take them out one by one using their innermost fears against them.

Opening up in what looks like the midwest, the viewer is introduced to a  seemingly calm environment until the one of the menacing leads is introduced in the fashion that graces the cover, setting the tone for the rest of the film. Samuel Sears (Andrew Divoff) is a overprotective, overbearing abusive father who automatically gains disdain from the viewing audience.

Playing the opposite of the abusive monster is Miriam (Nina Siemaszko) acting as a calm, loving wife as well as mother whose role as a victim and heroine shines. The main character, Alice (Darby Walker), is hard to read whether or not she is a villain or victim. That said, within the first 15-minutes of The Hatred you know that revenge is the main motivator for the brutal and horrific force that will dominate the house.

With the entrance of the four college girls, viewers may start to question will The Hatred follow the typical Horror movie equation? You know, bad guy shows up outside of vacation getaway, bad guy finds way into house via scheme voice hacks and random open doors. Well.. yes The Hatred does have some of that corny acting. Nonetheless, it still surpasses the first impression made on its audience. The token creepy kid, Irene (Shae Smolik), surprises viewers with an incredible performance while becoming a target for the menacing presence terrifying the occupants in the house.

As the story starts to unfold, it takes on the jumpy Horror movie cliché with a few good scares and a couple “holy s*** I did not see that coming.” While there could have been a little more originality in the storyline, and closure, The Hatred does not do a horrible job with special effects and driving home a interesting historical focal point. While it does have a good cast, it does not have much originality, something that could have helped the creepy vacation getaway Thriller go a little further. For all this, CrypticRock gives The Hatred 4 out of 5 stars. 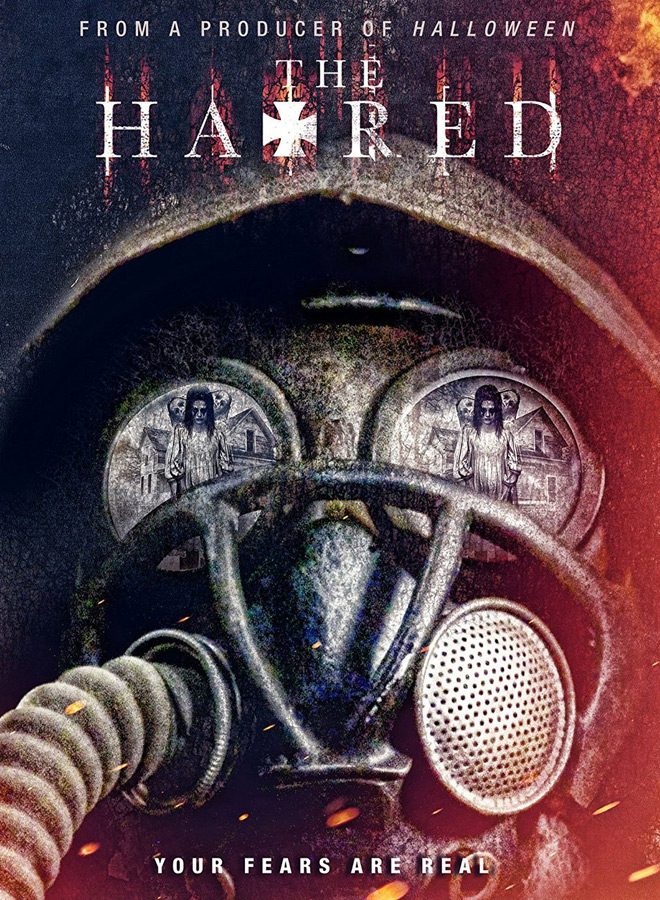