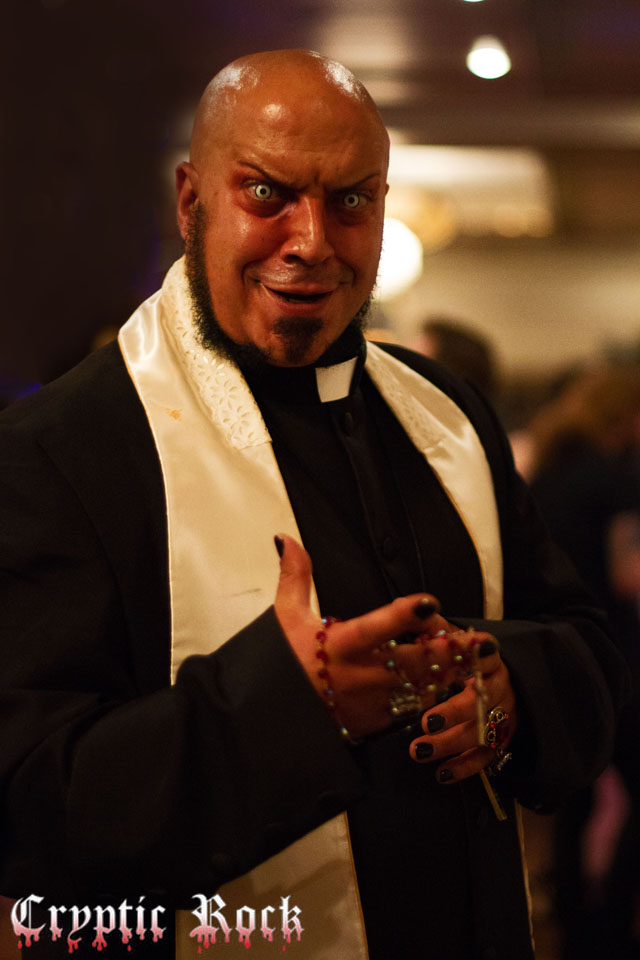 With an abundant amount of genre-themed conventions popping up around the world, Long Island based TwitchTwitch Productions have been stepping into the ring with their own brand of gatherings that are creating a buzz. Hosting The New York Horror Show back in January to critical acclaim, now they bring something new to the table with the first ever Haunt Faire held the weekend of August 1st and 2nd. Partnering up with Javelina 98, TwitchTwitch Productions brought together a unique gathering where Haunted House industry representatives, fans, and vendors could meet up for a pow wow dubbed “A Convention For All Things Haunted.” Taking place at Upsky Hotel in Hauppauge, New York, the same site as their New York Horror Show, Haunt Faire would feature a strange brew of fun for all ages. 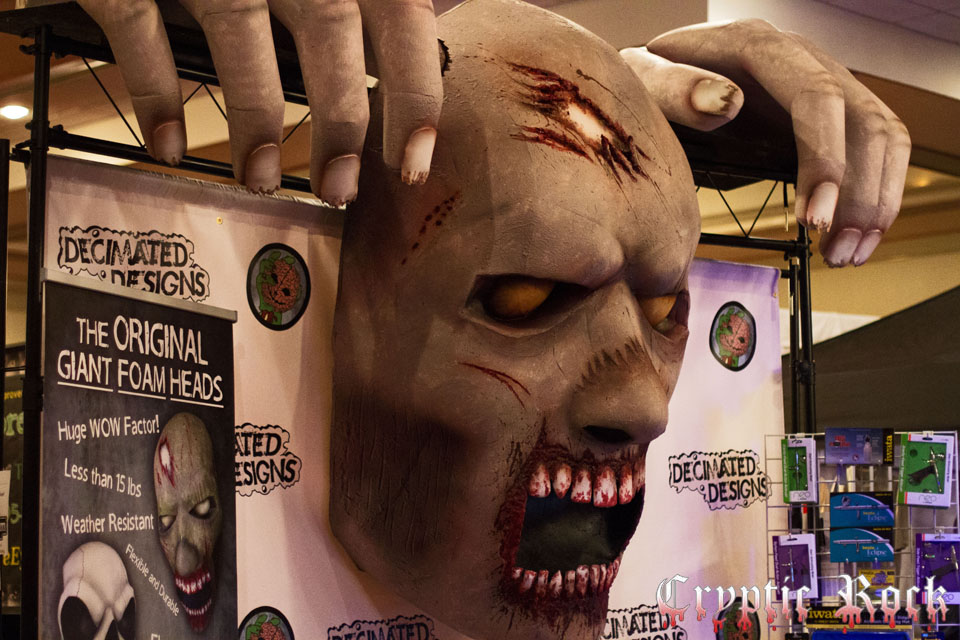 Configured in a fan-friendly layout which featured a room for a makeup competition, a sprawling vendor room, and rooms for special Q & A panels with special guests, the two days of adventure was well-planned and eventful. Centering primarily around the seasonal haunted houses featuring real live actors, impressive props, and scares that would shake the seasoned of Horror lovers, some of the biggest names in the Long Island industry were on hand to bump elbows. With the conversation of idea exchange, possible collaborations, and even holding auditions for potential actors to be featured in their productions, it was intriguing to witness how much the business of Haunted Houses has grown. Some of the biggest haunted happenings in the area include Gateway’s Haunted Playhouse in Bellport, The Haunted Mansion of Melville, Chamber of Horrors in Hauppauge, as well as Darkside Haunted House in Wading River. Consumers were also given insight of where to map their scares with friends and family once the season kicks off. 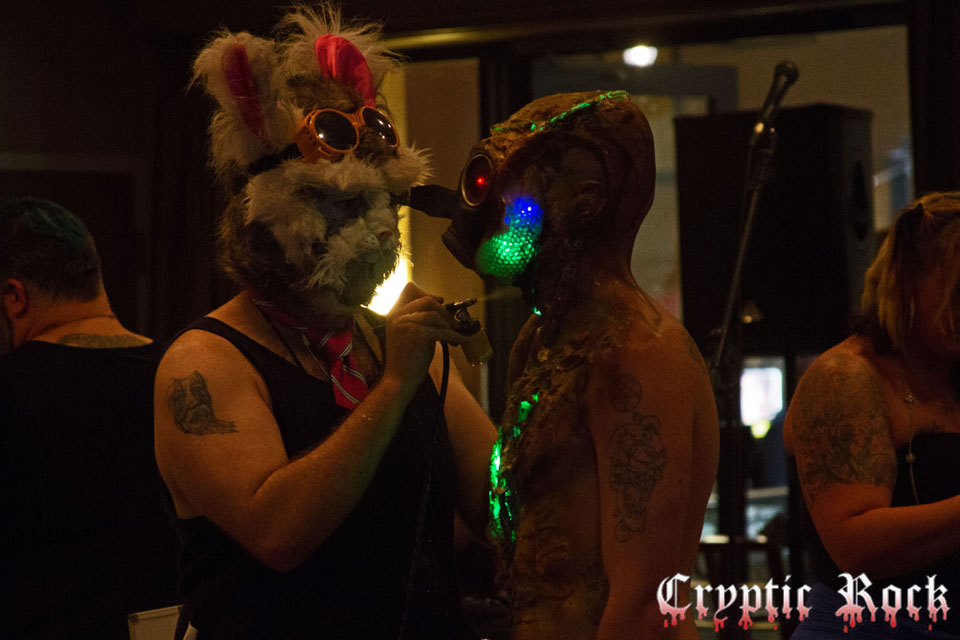 Amidst the haunted house theme, Haunte Faire also enticed fans to come out for the stellar mix of Horror celebrities on hand, with guests ranging from Nick King of the Sinister series, J. LaRose of Saw III (2006), Philip Friedman of 2010’s Insidious, and Italy’s Barbara Magnolfi of Dario Argento’s 1977 classic Suspiria.  Conveniently setup with autograph tables in the vendors’ room, fans had a chance to meet the stars, take photos, get their memorabilia signed, along with partaking in one on one conversations. With Sinister 2 set for release August 21st and Suspiria celebrating its 38th anniversary on August 12th, the timing was impeccable to sit in on a Q & A panel with these talents for a deeper looks into the films. On top of that, each guest was humbled to be in attendance and a part of Haunt Faire. 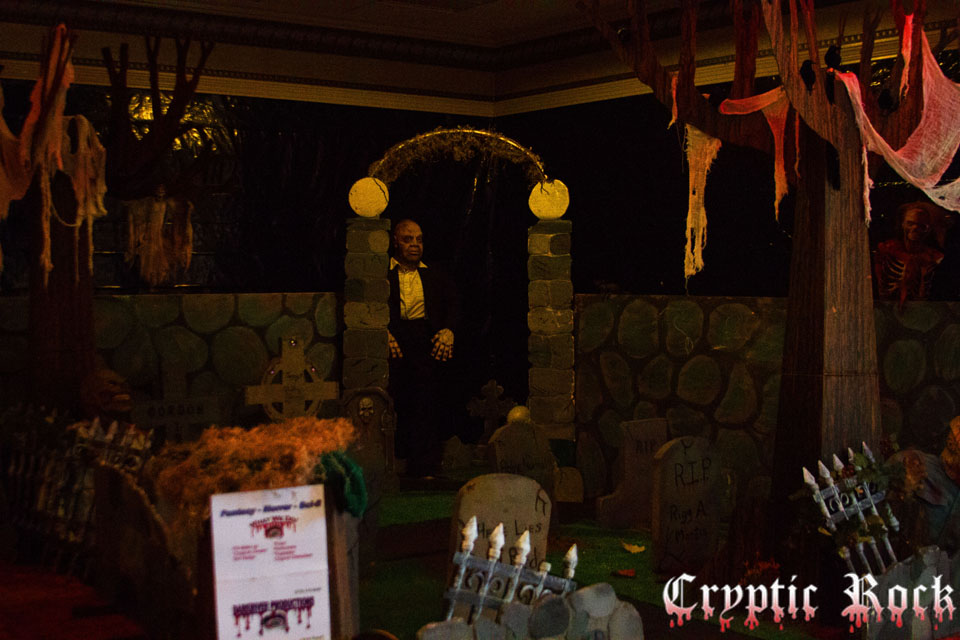 Staying true to TwitchTwitch Productions vision of uniting Horror conventions with film festivals, Haunt Faire also included the fantastic Macabre Film Festival with Horror films from some of the scene’s brightest future stars. Films like A Tricky Treat (2015), The Houses October Built (2014),  Howl of a Good Time (2015), and Awakenings (2015) were just some of the movies screened over the of course of the weekend. Fittingly, the festival wound down with their traditional Macabre Film Festival award Sunday afternoon with justified creators bringing home trophies. The film festival was a wonderful addition to the weekend and it gave Horror lovers a chance to learn about some films they perhaps would not have known of otherwise. 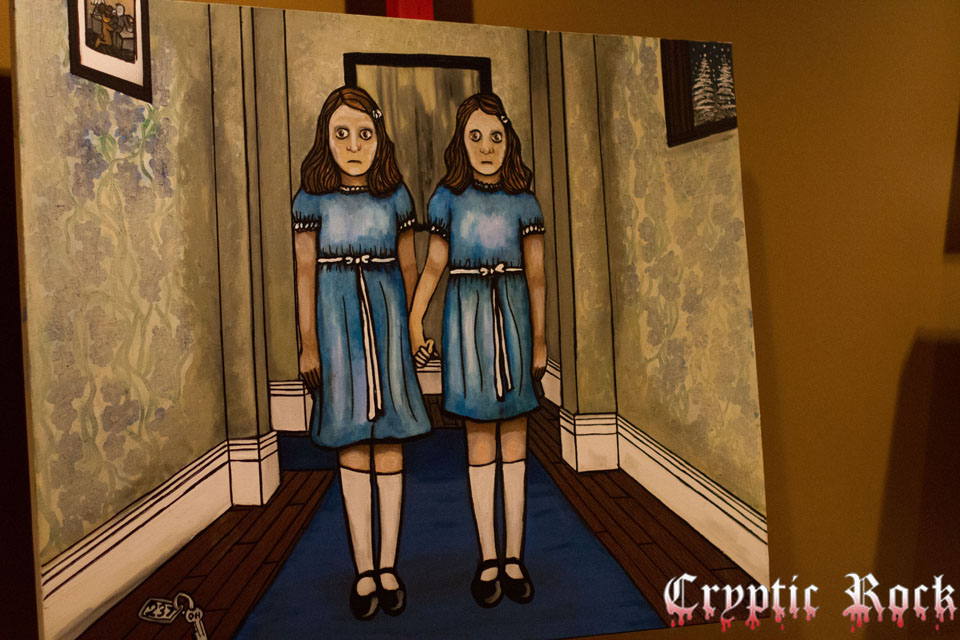 Overall, Haunte Fair was a fantastic way to spend a Summer’s weekend on Long Island and, with luck, it will occur again in 2016. Keeping themselves busy and bringing more action to the area, the next gathering will be held at Clarion Hotel at 3845 Vets Highway in Ronkonkoma, New York for the Anime/Fantasy based Immortal Con.  With the Halloween season right around the corner, genre fans who came out to Haunt Faire now have a leg up on when and where to be during October. 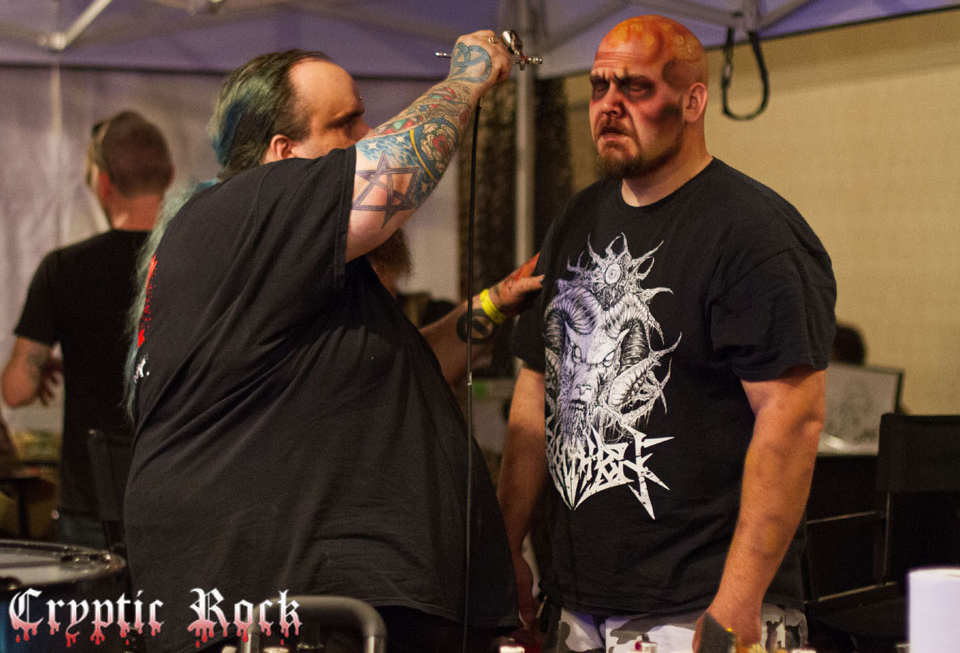