Buck Zorba sat the table when the inherited housekeeper entered the room, “Elaine?” Elaine Zacharides looked at the child stoically, answering, “Yes Buck?” Buck asked innocently, “You really are a witch, aren’t you?” The old lady never flinched as she answered, “Ask me no questions, and I’ll tell you no lies.” This exchange between little Buck Zorba (Charles Hebert: Gunfight at the O.K. Corral 1957, The Fly 1958) and maid, Elaine Zacharides (Margaret Hamilton: Wizard of Oz 1939) is found in William Castle’s (Klondike Kate 1943, Shanks 1974) 1960 classic 13 Ghosts, which celebrated its 55th anniversary in 2015. The black and white American Terror movie directed and produced by William Castle from a script by Robb White (Macabre 1958, House on Haunted Hill 1959) was in fact released by Columbia Pictures on Sunday July 10, 1960. 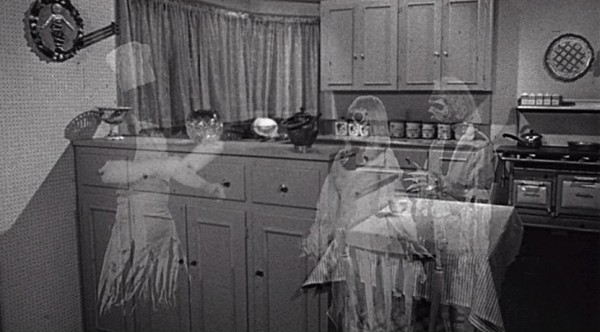 Like House on Haunted Hill’s (1959) red-eyed skeleton; “Emergo,” and The Tingler’s 1959) buzzers that were installed under certain theater seats; “Percepto,” that often malfunctioned actually shocking moviegoers, director, William Castle, came up with the gimmick and actual cinematographic process he called “Illusion-O” to get butts in theaters. This gimmick utilized the way the ghosts were shot with a blue tint (Eastmancolor) and added to the shot after the initial shot was done.  The viewer was essentially given lens-less 3D glasses with a red filter to see the ghosts, or a blue filter if the viewer didn’t want to see said ghosts; although, all one had to do was take off the glasses to actually see said ghosts either way. 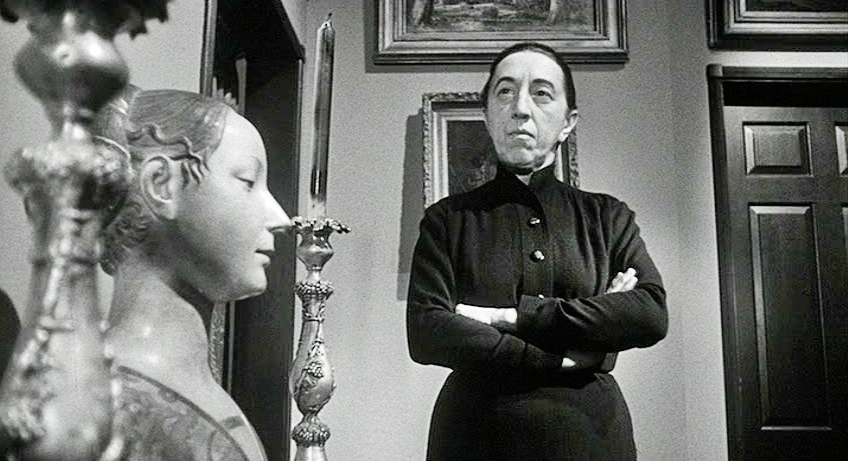 At the beginning of 13 Ghosts, the viewer gets a sense of tension as the Zorba’s furniture is getting repoed right from under Hilda as she is talking to Cyrus about the bills and money. Still, there is a sense of unity in strife with the kids still messing with each other and the parents able to joke about the situation. When the Zorbas get the news they have inherited the mansion from the strange messenger (David Hoffman: Underground 1941, A Certain Smile 1958), who gives yet another air of uneasiness, they, like anybody, think it is too good to be true, and, like anything, it is. Of course, the first thing the family finds in the house is a Ouija Board, which Cyrus immediately lets the family play with until things became too real, but by this time, they had already opened Pandora’s Box. At this point, the feel of the film gets an unsettling feeling that carries to the end with practical effects sending things flying.

The Zorba family seems like the typical family unit of the ’50s and ’60s with the working father providing for his family, which may or may not, in this case, be enough for the family to get by. Then, there is the stay-at-home mom that takes care of the kids, which are the older lovelorn daughter and the perceptive, innocent son played by Charles Herbert in his last role, and household. Viewers can see the transition of the family go from struggling family, happy as long as they are together, to overwhelmed family in the lap of luxury, to scared family as unexplained things begin happening in the mansion. Margaret Hamilton, who was The Wicked Witch of the West on 1939’s Wizard of Oz, played the equally mysterious housekeeper that came with Old Man Zorba’s mansion to eerie perfection. Hamilton’s character will help viewers get more invested in the second and third acts of the film…even if some of the ghosts might be cheesy.  The lion’s ghost and his headless handler are interesting to see, considering the times. The sets, though they look like dressed up sound stages, have their own feel.  The Zorba’s apartment has a sense of happy family life as does the museum that Cyrus works, as if he enjoys what he does.  On the flip side, Old Man Zorba’s mansion immediately gives a sense of danger with its darkness and hidden crevices, especially the basement, where the lion is kept. 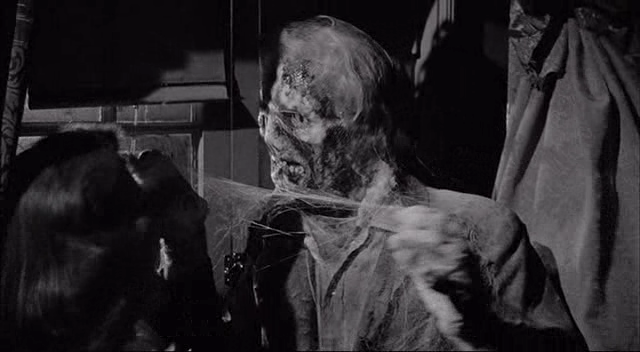 13 Ghosts made approximately $1.5 mill on a very low budget. Given that, the film has been featured and referenced in other films throughout the years, making it quite a classic indeed. For instance, 1961’s Homicidal references Castle’s prologue, and 1963’s 13 Frightened Girls is an intentional miscount of the number of girls (actually 15) in the title as a homage to 13 Ghosts while 1986’s Horrible Horror video has a feature of the film as does the documentaries: 2006’s The Sci-Fi Boys, 2007’s Spine Tingler: The William Castle Story, 2008’s Turner Classic Movie channel episode, “TCM Underground: 13 Ghosts/The Tingler” Double Feature, and 2009’s Nightmares in Red, White and Blue: The Evolution of the American Horror Film. Finally, in 2001, Dark Castle Entertainment, which was named for the director with the idea of remaking his films, remade 13 Ghosts as Thir13en Ghosts co-written by original writer Robb White to mostly negative reviews, giving credence to newer is not necessarily better fifty-five years later. 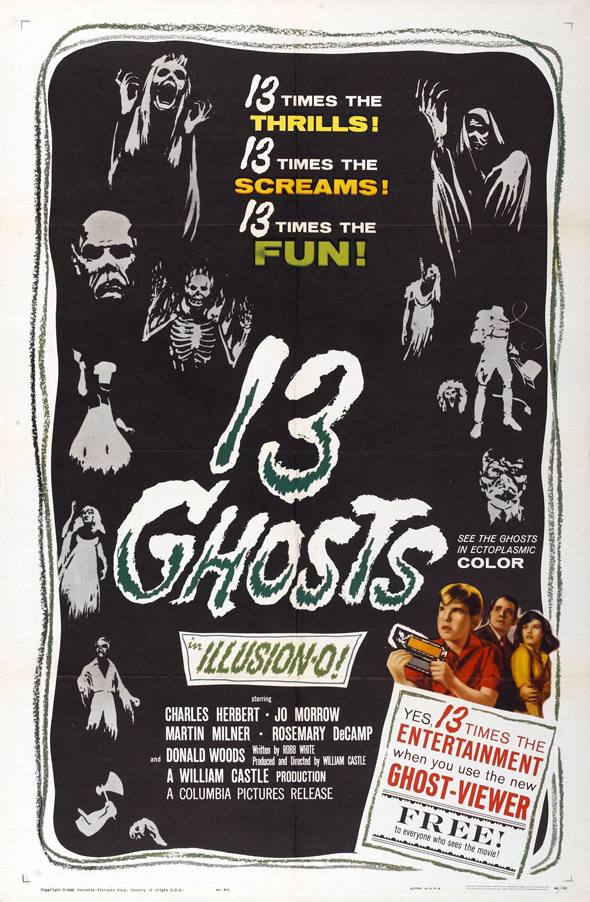 Purchase 13 Ghosts on DVD on Amazon