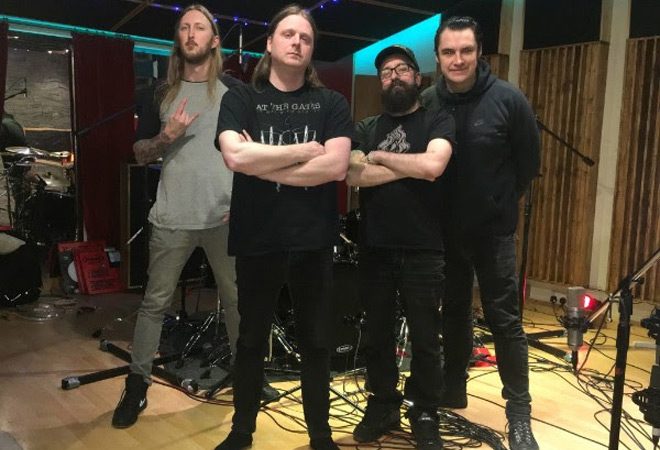 Heavy Metal, more than any other genre of music, has always had a way of deterring listenership. Maybe it is the screams, maybe it is the roaring guitars, or the blisteringly fast double bass hits, or maybe it is the fear of getting angry enough to turn into a green monster and destroying cities, but there is one thing that remains evident to those who love the genre, it is the passion. There is an intensity unlike any other form of music inherently in Metal, and encapsulating that for over 20 years has been Sweden’s extremist The Haunted.

Co-created back in 1996 by Guitarist Patrik Jensen with At the Gates’ Drummer Adrian Erlandsson, The Haunted also include At the Gates’ Bassist Jonas Björler, and in recent years, former Six Feet Under Guitarist Ola Englund while welcoming back their one-time Vocalist Marco Aro. A relatively stable outfit at this point, they are back in 2017 with their new album, Strength in Numbers. Hitting airwaves on Friday, August 25th, via Century Media Records, it marks the band’s ninth studio album, and their first since 2014’s Exit Wounds.

Marking their longest streak without releasing an album since their inception, fans curiously ponder what The Haunted have in store this go around. Recorded at Parlour Studios in the U.K. with Producer Russ Russell (Napalm Death, Dimmu Borgir), the 10 track album opens with the incredibly intriguing “Fill The Darkness With Black.” What seems rather tame for The Haunted, it is broken in two parts, the first being frighteningly exotic acoustic riffs before the rest of the band joins in, minus vocals.

Giving listeners a taste of what is to come, it is certainly not a full picture of the rest of the album. In fact, it is quite different before assaulting the senses with “Brute Force.” Like a ton of bricks to the face, this tracks hit hard and is relentless. Without warning, the guitar riffs fuel this locomotive with its loud and distorted tones.

From there, the vast majority of Strength in Numbers is incredibly brutal; actually, this album should come with a doctor’s warning because it might very well melt your face off. Tracks like “Spark” start off with a menacing riff, but eventually tears you down to pieces with Aro’s harsh delievery voice. Then, “Preachers of Death” blisters as a perfectly balanced attack of Aro’s voice and dark guitar tones.

Moving along, “Tightening the Noose” continues the pummeling with a blistering one-two snare-kick combination. A track that feels like it is less about the guitars and vocals, and more of the drums; Erlandsson’s stick work really shines. Thereafter, “Means To An End” keeps the insanity level high. That said, it is perhaps the cohesive collection of all instruments and vocals on the album. Unforgiving until the end, they wrap it all up with more moderate yet no less poignant “Monuments.”

Strength in Numbers, if you are able to make it out in one piece, marks an epic return from The Haunted. Dark, brutal, and well composed, it is not to be missed under any circumstances. For these reasons, CrypticRock gives this album 5 out of 5 stars. 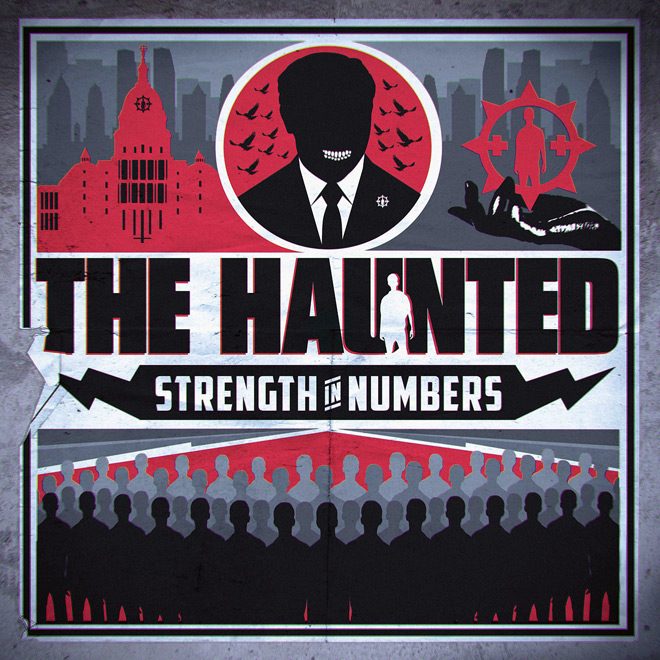 At The Gates – The Nightmare Of Being (Album Review) Muppets Haunted Mansion (TV Special Review)
Like the in-depth, diverse coverage of Cryptic Rock? Help us in support to keep the magazine going strong for years to come with a small donation.