Welcome to Havenhurst: those who abide by the rules and behave are welcome to stay as long as they desire. If they are naughty, they will be evicted and all evictions are very, very final.

Set in the iconic Dakota apartment building in New York City, Havenhurst might sound like just another asylum-centered, freak-fest, but it is none of these things. An intelligent Mystery/Thriller from Brainstorm Media and Twisted Pictures, Havenhurst received a limited theatrical release across America on February 10th, and became available in VOD format on this date as well. Directed by Andrew C. Erin (Eyewitness TV film 2017, Simple Things 2007) and written by Erin and Daniel Farrands (The Haunting in Connecticut 2009, The Girl Next Door 2007), at approximately 80 minutes, Havenhurst is full of surprises. 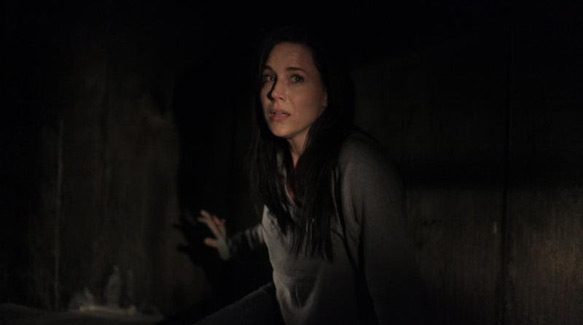 Recovering alcoholic Jackie (Julie Benz: Dexter TV series and Defiance TV series) has just been released from rehab. Her best friend, Danielle (Danielle Harris: Halloween 2007, Hatchet series), a photographer, should be there to greet her with open arms, but Danielle is missing and no one has heard from her in weeks. As Jackie begins life anew, she rolls her suitcase down the sidewalk toward 5 Havenhurst Row (Apt. 1006), a foreboding apartment building in NYC.

Upon arrival, all new tenants are greeted by the eloquent and stately Eleanor Mudgett (Fionnula Flanagan: Yes Man 2008, The Others 2001) who informs them of the rules. Life at Havenhurst is simple: tenants pay the rent they can afford, behave themselves, follow the rules, and do not under any circumstances mess up and misbehave. No tenant wants to be evicted. 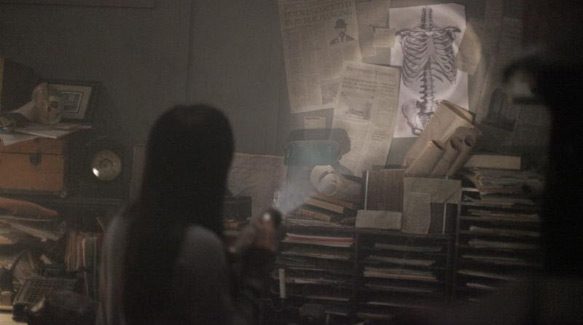 As Jackie tries to cope with recovery and flashbacks to the loss of her young daughter, she continues to be plagued by the disappearance of her friend. What does not exactly help matters is her placement in Danielle’s old apartment; merely a matter of coincidence, Eleanor assures her. Befriending the young Sarah (Belle Shouse: Secrets and Lies TV series, A Million Ways to Die in the West 2014) who lives several doors down with her foster-mother, Tammy, and Tammy’s alcoholic boyfriend, opens new doors for Jackie – of the figurative and literal. When she overhears her upstairs neighbor’s murder, Jackie becomes hellbent on solving the mystery of her new home.

With its high turnover rate and odd tenants, Havenhurst is a cavern of the mysterious: objects and furniture move without assistance; doors open on their own; books fly off shelves. In this not-so-funhouse of secrets, you always want to put your very best foot forward quickly, and run. A truly great blend of Mystery and Thriller – but with elements of Horror – Havenhurst does contain some blood and guts, though the usage is rather understated for anything that might call itself modern Horror. Overall, the most important aspect of the film is the mystery: Where do the tenants of Havenhurst seem to disappear to in the middle of the night? 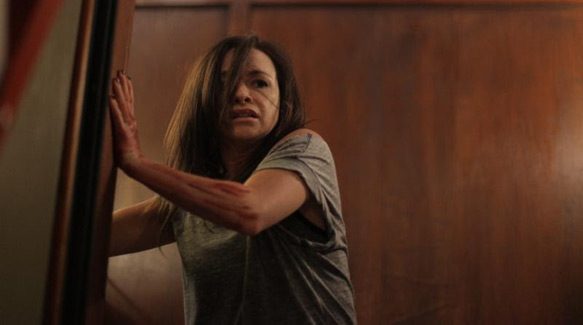 To aid in moving the plot along, there is, of course, a friend who is a cop (Josh Stamberg: J. Edgar 2011, Fracture 2007), though we never learn how Jackie has befriended this officer, which is one flaw of Havenhurst: several unexplained connections. If one is willing to simply shrug shoulders and wait for the sequel, one will do just fine. Similarly, while the resolution to the great mystery of this story is fairly simple and predictable, Havenhurst promises a future that makes this forgivable. It is a spirited blend of Sharon Stone’s 1993 film Sliver, 2015’s American Horror Story: Hotel, and 2004’s Saw, with gorgeous architecture, lovely sets, and antique props, as well as a dark production to set the overall mood.

Havenhurst possesses several moments where your buns will leave your seat, but overall it does not traffic in shock; this is a slow-building stunner that ends with, well, you just have to see it. For its absorbing and engaging mystery, superb acting, and shocking ending, CrypticRock gives Havenhurst 4.5 of 5 stars. Expect a sequel! 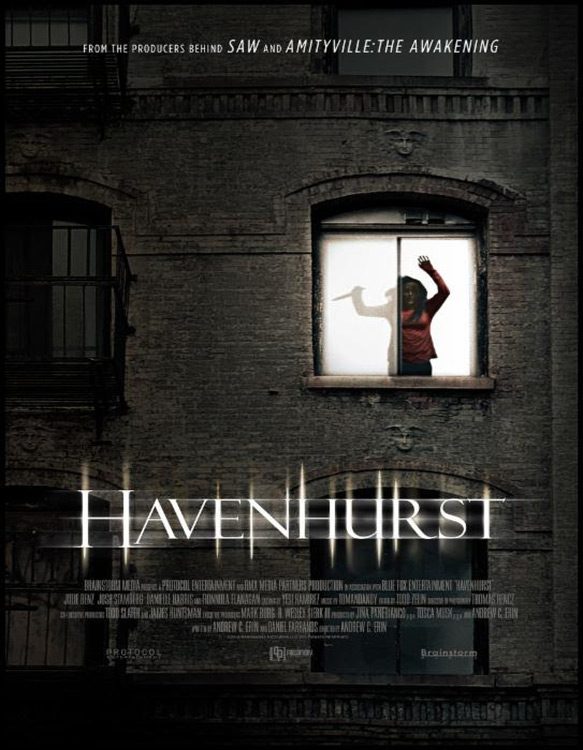