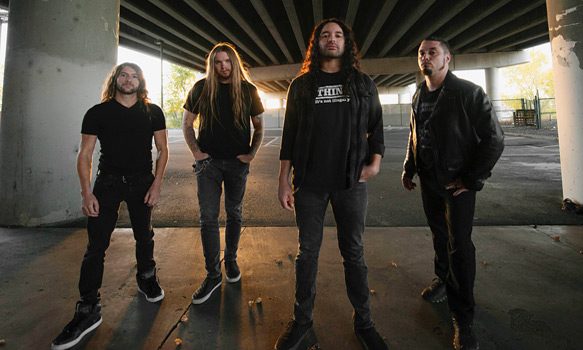 A crazy time in human history, over the past year, the majority of new Heavy Metal music has been quite politically and humanitarian driven. A topic historically broached in the subgenre of Thrash Metal, ala Metallica, Megadeth, and Anthrax, among others, one of the top leaders heading into 2017 goes to Havok with their latest effort, Conformicide.

Breaking it down, the album seems to be a head trip through all the perils of today’s society and leads an aggression movement towards the future with the mindset that the individual will make their best attempt to prevail over the inevitable. For a Thrash album, it is very much in vein of a speed-driven Megadeth with old school antics, offering songs which are very lengthy, ranging up to over seven minutes long. A feat in itself, the diversity of the tracks is also a highly excitable feature that really exemplifies the depth this band carries throughout.

Opening up, “F. P. C.” is full of Heavy Metal treats from its opening creative bass jam to its super speedy shredding, enveloped by dominating vocals and lyrics. This comes before “Hang ‘Em High,” which features impeccable drum work of Webber that is complemented by the screechy riffage and scream-driven vocals of Sanchez, putting America in its proper place.

Continuing to pack a punch, “Intention To Deceive” offers a very bold message that starts with a newscaster announcement setting the listener up for that great deception that the media is actually spreading facts across the land, rather than a bunch of twisted truths to placate the needs of the company and themselves. Complete with dark riffs and slow tempos, it is crafted in such a way that the mood of distaste for the untruths reigns throughout.

Although there tends to be a very negative outlook on the current state of affairs throughout Conformicide that is eerily darker and at times sinister, it also serves as a warning to the disasters that may lie ahead. For example, “Masterplan” is a righteous depiction of the end of times or some rendition of sorts. Complete with speedy shredding and dynamic vocals, it all sets the table nicely for “Peace Is In Pieces,” which clearly indicates the problem at hand.

Then there are tracks such as “Claiming Certainty,” which are frantic and rather abrupt in nature. Despite the lyric that shouts “shred of doubt,” there is no questioning the shredding dished out by Scruggs is attention grabbing. Finally, “Wake Up” and “Circling The Drain” really hit home, musically as well as lyrically. Nailing the coffin into the ground that these are worst of times when all of society is put under attack, there is a sense that mind control is taking over lives, resulting in individuals becoming puppeted zombies of non-intellectuals swimming in the same fish bowl.

The irony of the message within Conformicide is that Havok has used it to find their inner strength, pushing out their skill and talent to the purest and most vulnerable viewpoint. The future is now, and in a world where everyone is provoked by unknowns, the only certainty is found within oneself, and Havok has collaborated that into commission. Without further brain-melding undertones, CrypticRock gives Havok’s Conformicide 4.5 out of 5 stars. 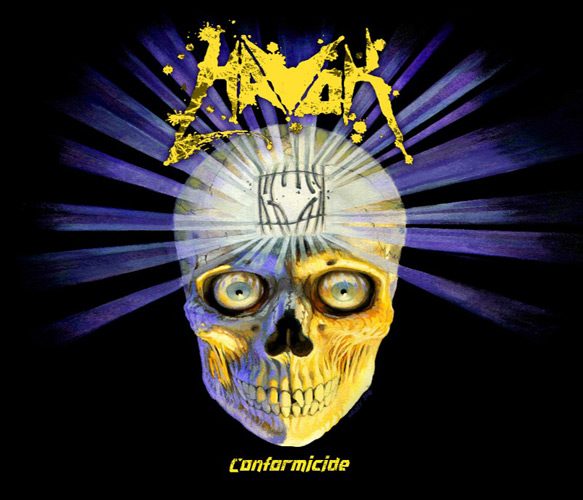