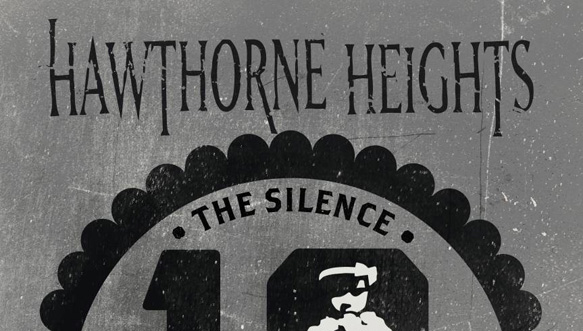 Hawthorne Heights is pleased to announce the 10-Year Anniversary of The Silence In Black And White World Tour. Hawthorne Heights released the now seminal and platinum-selling album, The Silence In Black And White in June of 2004. The album’s release immediately resonated within the scene – selling the most first-week copies for a debut album in Victory Records history. Singles “Ohio Is For Lovers” and “Niki FM” were immediate hits propelling the band to the brink of mainstream success, launching record sales into the stratosphere – firmly cementing the album’s status as the quintessential Emo album of the generation.

The 10-Year Anniversary Tour kicks-off in April, with the first leg of dates taking place in Europe. Subsequent legs for North America, Asia and Australia will be announced shortly. The band will play The Silence In Black And White from start to finish!

Head over to the band’s website: www.hawthorneheights.com to sign-up for updates and receive a free re-worked acoustic version of a Hawthorne Heights classic AND the band’s newest single “Spark” from their latest release, ‘ZERO’! VIP Packages are available, but limited for each date.

Get your tickets fast, be a part of history and fall in love with Hawthorne Heights all over again! 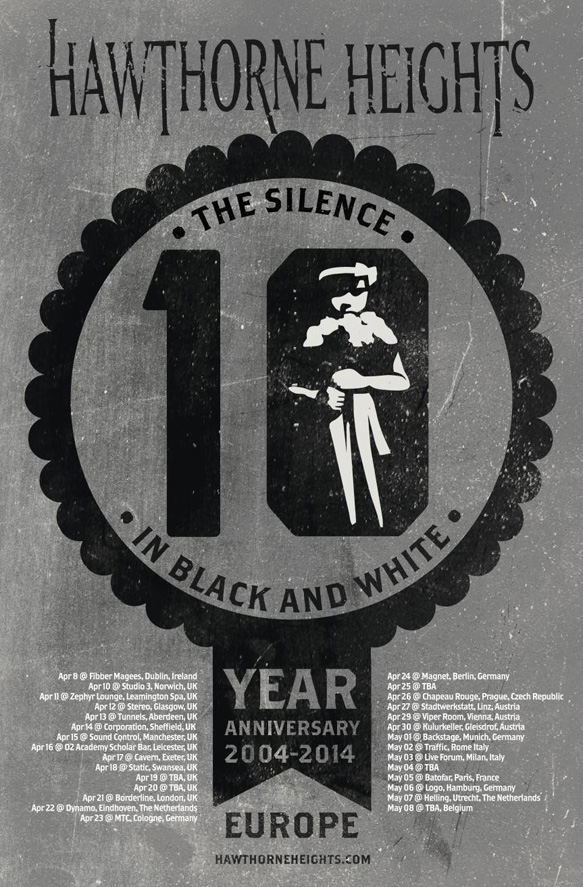