Continuing the tenth anniversary celebration of their debut studio album, The Silence in Black and White, Hawthorne Heights announced plans to embark on The Hope Tour co-headlining with The Red Jumpsuit Apparatus back in June.  Taking to the road without original drummer, Eron Bucciarelli who is embarking in other ventures, Hawthorne Heights have called on Chris Popadak to fill his shoes as they look to bring the magic of the gold selling album to life.  Spanning the month of August through the end of September, the show came to Revolution Bar & Music Hall on Wednesday September 11th with a slew of supporting acts including Approaching Troy, Everybody Run, The Ongoing Concept, Senick, and Famous Last Words.  With a long night of music on the agenda in place, as doors opened, fans piled in, ready to go.

First to the stage was Long Island based act Approaching Troy.  Together since 2010, the band brought a lively Alternative Rock and Pop Punk mix to the stage that everyone seemed to enjoy.  Next up was Atlanta, GA based band Everybody Run.  On Vested Records, the band brings a melodic brand of Rock with a unique vocal styling of Alex Noegel that provokes a hand-full of emotions.  Then came Solid State Record’s band The Ongoing Concept.  Coming from Idaho, the band began back in 2010 when the Scholz brothers joined up with TJ Nichols.  After releasing two EP’s independently, their album debut, Saloon (2013), made quite a splash in the Metal scene.  Combining moments of clarity with others of pure chaos, the band brings a high-octane brand of Metal people looking for something a little different should check out.  After three impressive acts already took the stage, it was time for Senick to rally up some excitement.  Hailing from Niagara Falls, NY, this young independent 5-piece band offers a very refined sound with tight clean guitars, vocals, and drumming.  Their ultra catchy melodies made their set endearing and a promising act to watch out for.  Do not miss this band as they will not stay unsigned for long.

By the time Famous Last Words came on, Revolution was packed pretty tightly and fans were amped up to see the band.  Out of Petoskey, MI, this band,  A Walking Memory, has worked hard over the years to establish themselves with steady touring and release of original material.  Consisting of vocalist JT Tollas, guitarist Tyler Myklebust, bassist Mathew Bell, and drummer Craig Simons, the moment they took to the stage with new song “Letter To The Council”, everyone gravitated to the front.  Playing on with other songs from their latest album Council Of The Dead, including the title track as well as older songs “Battles in Arms”, and the catchy “The Show Must Go On, Pt 1,” Famous Last Words had complete control.  Tollas’ vocals bled with soaring clean sounds and screams that could wake the dead.  Their dark imagery mixed with heavy-hearted expression made for a highly intense set.  The tracks “One In The Chamber” and “Play Hide And Seek With Jealousy” closed out the set with a bang and everyone in attendance were completely blown away.  Famous Last Words’ Metal edge with hooks and atmosphere is a sound worthy of being mainstays on Vans Warped Tour.

After having their heads rattled by Famous Last Words, this crowd did not move one inch from their spots on the floor in between sets as they patiently waited for The Red Jumpsuit Apparatus.  Rocking now for over a decade, the Florida based band has progressed exponentially in their type from a more post-Hardcore sound to the Alternative Rock style of recent years.   Like any developing band with ambitions to reach new levels with each album released, their latest offering 4 furthers their journey.  As the band took the stage and began with 2006 track “Atrophy”, it was clear the band was ready to put on a blistering adrenaline-packed performance.  With vocalist Ronnie Winter reaching into the depth of his soul to belt out notes of angst, frustration, and triumph, favorites like “Misery Loves Company,” “Justify,” and “In Fate’s Hands” filled out a balanced attack covering the band’s history.

Remained engaged the entire time The Red Jumpsuit Apparatus was on stage, the crowd was equally pleased when Ronnie broke out an acoustic guitar and proceeded to play “Your Guardian Angel.”  Affectionate and relatable to the room, everyone cheered loudly and was surprised to find out the band was in fact filming the performance.  As the set wound down with “Face Down”, there was no doubt Long Island welcomed back The Red Jumpsuit Apparatus with open arms and hope to see the band around again in the very near future.

Without a soul ready to call it an early night in the middle of the week, the audience remained as they clamored for Hawthorne Heights.  With so much talk of depression and suicide in the mainstream media of late, following the tragic death of actor Robin Williams, an individual spoke briefly on stage about the topic with the audience and seemed to be a fitting platform to help save lives.  Thankfully while the world can be often a daunting place to some, the gift of music helps them through and Hawthorne Heights embraces that positive energy with each show they play.  Walking onto the stage, JT Woodruff (vocals/guitar), Micah Carli (guitar), Matt Ridenour (bass), and McMillion (guitar) were greeted with a sea of crowd noise.  While many remember The Silence in Black and White album as if it was yesterday, the shock that a decade has passed only enriches the fond memories it holds with them.  Giving all they had to bring The Silence in Black and White to life in full vivid color, Hawthorne Heights kicked off with “Life on Standby” and steadily went along through the entire record.  Songs like “Niki FM,” “Blue Burn Orange,” and “Silver Bullet” were just a few of the many highlights of the performance as it felt like listening to the album within the confines of one’s own ear buds.

As the performance wore on, the enthusiasm exhibited by each member on stage was inspiring, proving that the anniversary was equally as special to the band as their fans.  Conversing with the crowd and sharing smiles, Hawthorne Heights threw in a surprise with 2010’s “Bring You Back” before concluding the evening with perhaps one of their most popular song, “Ohio Is For Lovers.”  Giving everyone a night they will not forget, the band marked a highlight in the timeline of their existence.  For those who missed this tour there is still a chance the band may release a DVD of the tour, and if not, there is always the wonderful 2014 The Silence In Black And White Acoustic out now.

Check out the review of Hawthorne Heights Zero album: 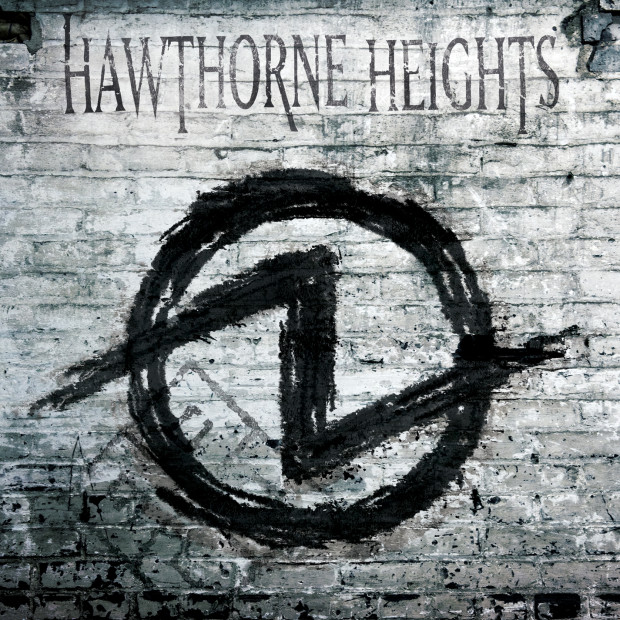 Amityville Horror House (Documentary Review) The Rumours “Want Ya” Music Video
Like the in-depth, diverse coverage of Cryptic Rock? Help us in support to keep the magazine going strong for years to come with a small donation.