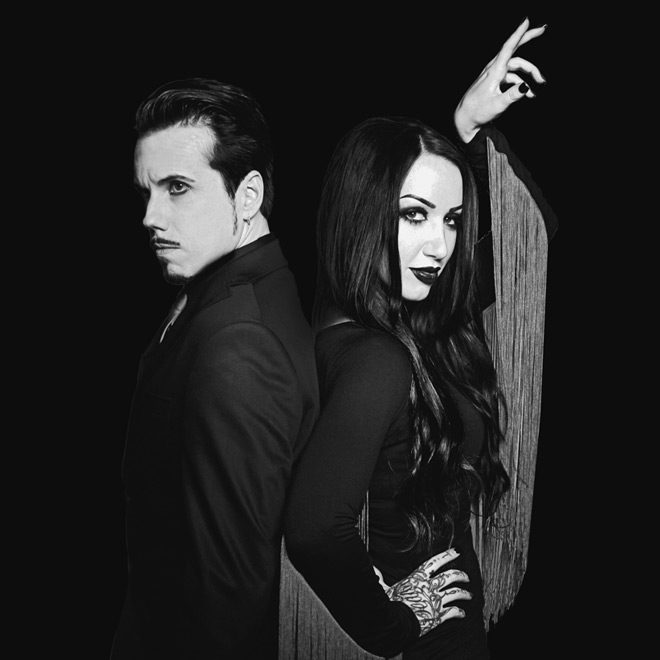 Who is ready to hang out with the Party Monsters? No, we do not mean a drugged up Macauley Culkin and Seth Green as Michael Alig and James St.James. We mean New Year’s Day Vocalist Ash Costello and Matt Montgomery of Rob Zombie’s band, also known as Piggy D teaming up to form the duo called The Haxans.

Bringing to all the happy Goth kids the hot, junkie pop they secretly crave and the sugary, neon symphonics they rage to, Costello and Montgomery, The Haxans, are breaking out with their debut album, Party Monsters, via Another Century. Released October 13th, not so coincidentally Friday the 13th, Party Monsters is an energetic yet seductive journey into a new side of these usually mysterious and dark musicians.

Starting off the rager that is Party Monsters is “Lights Out;” a bouncy, Surf Rock infused song that feels like the soundtrack to a house party. This instructional and infectious tune jumps off the album with a carelessness that is liberating. No excuses, no worries, just party. The next standout encountered is “Dirty Magic.” The video and single were released in September and the bass as well as percussion is just muted and fuzzy enough to give it an ominous undertone that perfectly encapsulates the otherworldly essence of the song. Costello’s vocals are deliciously vampy with a sexy Joplin-esque rasp. There is almost something Reggae-inspired in the flow of the song as it flows and rolls along, making it quite a ride.

Then, “Chains” starts out feeling Fleetwood-inspired with a B-52 spirit. The reverb and fuzz are thick here, but it adds to the ambiance of the song and gives it depth. On “Chains,” we get both Montgomery and Costello’s vocals and the bass of Montgomery’s voice is a pleasant surprise that marries well with Costello’s airy vocals. “Witch Waves” is sassy punk dance music. Is that a thing? It is now. There is attitude, serious production, and yet a sense of levity.

From “Witch Waves” one is moved to to the singing synths of “Demons.” These are the shiniest “demons” you will ever encounter. Here is the brilliance of what this dichotomous duo have created. Despite the implication of the title, the song itself is a bright, shiny, 80s homage to all things techno, synthesizer, and dayglo while they sing about Lucifer. The irony of how effulgent this song is with its beckoning of Lucifer which means “light bringer” is not lost on liseners. Possible Easter egg or unintentional pun? Only The Haxans know.

Approaching the end of Party Monsters comes the sure to be favorite “Slick Black Coffin” (although “Professional Weirdo” comes a close second). A song about love and appreciating the little things, like quality time together while forsaking everything else, the power of love and obsession as well as the things that keep the romantic fire burning are some of the things addressed in song. The difference is that when The Haxans sing about the fiery passions of love, there is a chance that destruction is merely waiting in the wings while wearing wings… and a bitchin’ outfit. Rating high on both the playlist-worthy and danceable scales, “Slick Black Coffin” is an energetic romp worth having.

The winding and mysterious sludge of “Boo!” is entrancing and mystifying. It draws you in with the instrumentation, titillates the sense with its cemetery sounds, and then, as if you did not already love it, there’s exploration of some of Costello’s upper range to drive it home. Covering the Misfits, “Vampira” is an homage to the vampy vixen of the same name who left the world a sadly less gruesome and glamorous place. This acoustic honor to the late Maila Nurmi is rife with reverence for the campy horror queen and serves as a moving sonic eulogy.

For those looking for more, foreign editions of Party Monsters come with some fun bonus material, including a Japanese bonus track, “Bones;” a song that despite hosting an electropop edge has a soul that, at times, summons memories of The Cure. So, for all the ghoulish fun and spinning the concept of Goth culture on its head with skill and dexterity, CrypticRock gives The Haxans’ Party Monster 4.5 out of 5 stars. 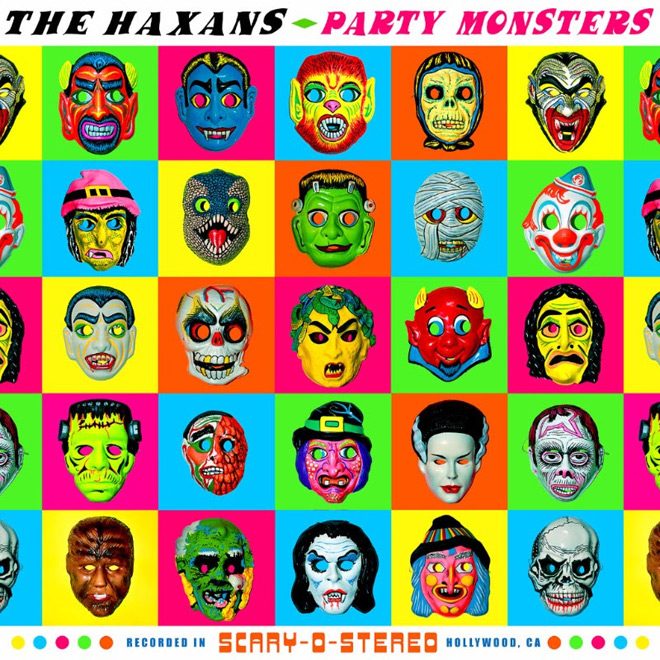