Before Ann and Nancy Wilson arrived on the scene with their band Heart, releasing their debut album, Dreamboat Annie, in 1976, there were a few women who dominated Rock music. Some that come to mind were Grace Slick of Jefferson Airplane, Janis Joplin, and long-established Blues-Rock band Fleetwood Mac recruited Stevie Nicks to join Christine McVie for 1975’s breakthrough Fleetwood Mac album, which featured several female-vocal-lead hits. Although, up until the release of Dreamboat Annie, no one had heard anything like Heart. The record marked the first time two strong, talented sisters got to be at the helm of a Rock-n-Roll ship, and continue to call the shots for a career that would span the next forty years.

Who has not heard the oh-so-‘70s “Magic Man” about a million times over the years on every single Classic Rock radio station across the country? Or the brilliant “Crazy On You,” the dark acoustic-laden Pop-Rocker letting the world know that Nancy Wilson can really, really play guitar? These overplayed Classic Rock staples and all of the other underrated lower-key gems on this debut Heart album are the responsibility of Vancouver, British Columbia-based Mushroom Records, who released Dreamboat Annie in the Summer of 1975. In a bit of a stroke of genius, the album was released again in the U.S. on Valentine’s Day of 1976 through a Los Angeles subsidiary of the label – blowing a kiss and paving the way for generations of independent female Rockers and Folk artist alike.

Ann, the super-soprano singer of the group, and Nancy, Ann’s younger sister who would become an exceptional guitarist and harmonizing singer in the band, grew up in a family that moved around a lot due to their father’s military career. They eventually settled in Seattle, Washington, in the early ‘60s, where musical influences included Ray Charles, Judy Garland, Peggy Lee – but especially, The Beatles. At early ages, they started to play air guitar and put on concerts for their family and friends – who completely encouraged the girls’ musical endeavors.

In the early ‘70s, Ann found herself in a band called White Heart with her boyfriend, Michael Fisher, who was the band’s manager and was draft-dodging the Vietnam War in Vancouver. Nancy, who had been studying English literature and Poetry in college, dropped out of school and joined back up with her sister in 1974. She became romantically involved with Michael Fisher’s brother, Guitarist Roger Fisher. They dropped the “White” and became Heart. Along with Steve Fossen on bass, Michael DeRosier on drums, Howard Leese on guitar and keys, and Mike Flicker as producer, here is what transpired.

There was an instant focus on feminine strength and gentleness, not objectivity or weakness – a missing element in much of the male-driven Rock music of then and now. Dreamboat Annie gives us straight-up sexy songs like “Magic Man” and “Crazy On You” – the latter of which features Nancy’s amazingly intricate acoustic intro that has challenged generations of male and female aspiring guitarists to get it right – but the real magic lies in the slower, gentler, more orchestrated tunes that do not get much credit anymore.

“(Love Me Like Music) I’ll Be Your Song” could be an Allman Brother’s Freedom-Rock theme or romantic Fleetwood Mac tune. Either way, Ann’s clear and sharp voice – which ranges everywhere from Grace Slick belting it out to Karen Carpenter just laying back and letting it happen throughout this whole album – rings beautifully. With Nancy’s harmonies and acoustic guitar, this song just feels good.

“How Deep It Goes” has that “Going to California” Led Zeppelin-vibe with tasteful synth strings, piano, acoustic, and electric guitar. “Soul of the Sea” is also very Zeppelin-influenced ala the “Rain Song” (also a little “Gallows Pole”). “White Lightning and Wine,” the pre-cursor to the later hit, “Straight On,” from the 1978 album Dog and Butterfly, is a great driving Blues Rocker with big-time ‘70s “more cowbell.” It is still all about a women being in control of what she wants being drunk at a random bar – kind of unheard for the time.

Keep in mind, this was 1976, the pre-MTV/social media /YouTube era, when bands and record producers actually wanted to give the listener a cohesive audio journey. With that in mind, Heart definitely did that by including three versions of the song about their gal, the adventurous and free Dreamboat Annie. The first is the “Dreamboat Annie (Fantasy Child),” which is just a taste of the lovely vocals and music to come. The second is the most well-known version of “Dreamboat Annie,” a perfect two-minute Pop/Folk song complete with banjo and lush harmony. Finally, the album’s closer, “Dreamboat Annie (Reprise)” is a longer, slower version of the same catchy song, this time with Ann’s flute and a Pop orchestral background.

In the era of Disco, Dreamboat Annie was a combination of ‘60s whimsy and ’70s driving Hard Rock with two hot chicks at the helm. Some of the album is still very ‘70s, but much of it is still digestible today with beautiful harmonies and melodies – and, of course, a lot of heart – something that the Wilson sisters have, no matter what incarnation they go through. 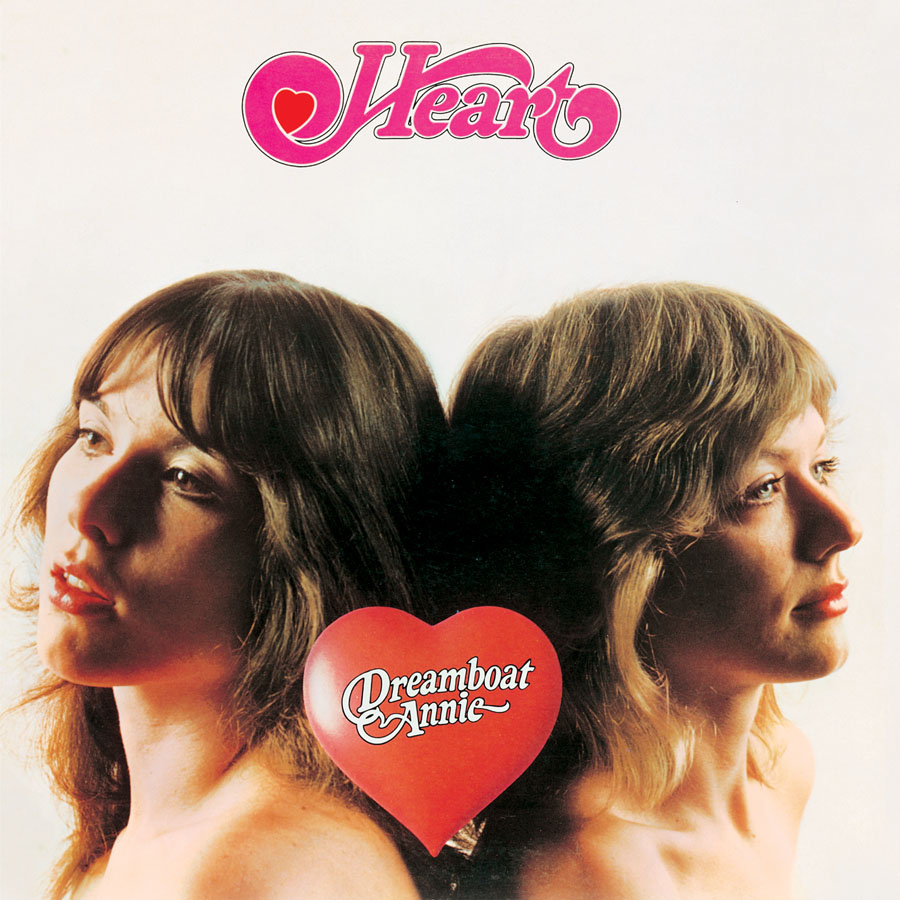