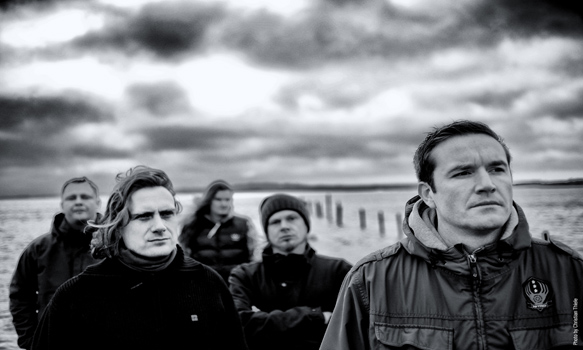 German Deathcore Metal band Heaven Shall Burn has become one of the most influencing acts of the genre since their founding twenty years ago. Debuting back in 2000 on Lifeforce Records with Asunder, it was their Century Media debut, 2004’s Antigone, where Heaven Shall Burn established themselves one of the spearheads of the German Melodic Death and Metalcore scene.

Continuously growing, since the breakthrough trilogy Iconoclast I to III, released between 2008 and 2010, the band also appeared constantly on the European high-profile festivals such as Rock am Ring, Nova Rock, or Graspop, to name just a view. That said, it is no wonder that the fanbase of the East-Germans permanently was growing. So what is the secret recipe for this often internationally overlooked German export? To keep a long story short, Heaven Shall Burn are one of the most authentic acts in the genre. In their stable line-up, Shouter Marcus Bischoff, Guitarists Maik Weichert and Alexander Dietz, Bassist Eric Bischoff and newest Drummer Christian Bass, Heaven Shall Burn serve up Wanderer. Their eighth overall and marking twelve years a part of Century Media Records family, Wanderer was released on September 19, 2016.

Produced by Dietz and Weichert in their own Chemical Burn and Chameleon Studios Hamburg, the album was mixed and mastered by Tue Madsen. On the first view, Wanderer shines out with extraordinary and breathtaking artwork, which presents the album in a perfect aesthetic way. Sound and song-wise, the band confides in well-tried formulas, which is why Wanderer is a brutal beast and bastard between the band’s Death Metal roots and melodic elements.

Beginning with a soulful intro, “The Loss Of Fury” transforms seamlessly into “Bring The War Home” featuring Thrash-riffing and light Industrial elements. Bischoff moves through all facets from deep growling to Metalcore shouting while the band pushes him from chorus to chorus with razor-sharp riffing and well-known melodic guitar harmonies. On the other hand, “Passage Of The Crane” is more at home in the Swedish Melodic-Death corner, while “They Shall Not Pass” and “Downshifter” hold one Thrash grenade after another in readiness. The aforementioned Death Metal roots rear their head on “Prey To God” where Cannibal Corpse’s own George “Corpsegrinder” Fisher splashes out with a guest appearance. In the following, Heaven Shall Burn also render homage to Sodom with the cover version of “Agent Orange,” complemented by some shredding of Sodom’s own Frank Blackfire.

The second, much more melodic half of the album is heralded by the nice guitar intro of “My Heart Is My Compass.” This merges into the melancholic and ultra heavy beginning of “Save Me” before “Corium” flows like lava. Here, Heaven Shall Burn find exhorted words for the problems nuclear meltdowns in the name of progression. Not shying away from political points of view, “Extermination Order” describes the genocide of the Nama and Herero in the former German South-West Africa, now Namibia, where the German governments and politics still have not taken care of reparations until today. Thirteen songs in total, Wanderer rounds out with a cover of the anxiety-inducing Doom Metal classic “The Cry Of Mankind.” Originally written and recorded by England’s My Dying Bride, the rendition is supported by Sólstafir Vocalist Aðalbjörn Tryggvason and it may be the most progressive song Heaven Shall Burn has ever recorded.

With Wanderer, Heaven Shall Burn hit the nail on the head. In a complex and complicated world, they go ahead with a trigger-finger and clear message, sound and lyric-wise. The fact that the band’s triumphal procession has just started made clear when their German club tour, which kicked off parallel to the album release, was sold out after only 24 hours. Wanderer is tough-minded as the general attitude of the five-piece and an as expected strong album, it is not inferior to the previous releases of Veto in 2013. That all said, CrypticRock gives Wanderer 4 out of 5 stars. 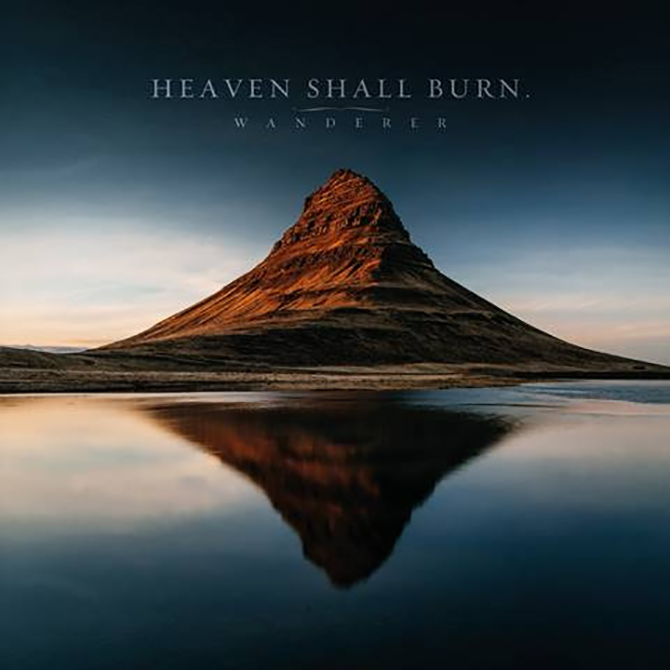