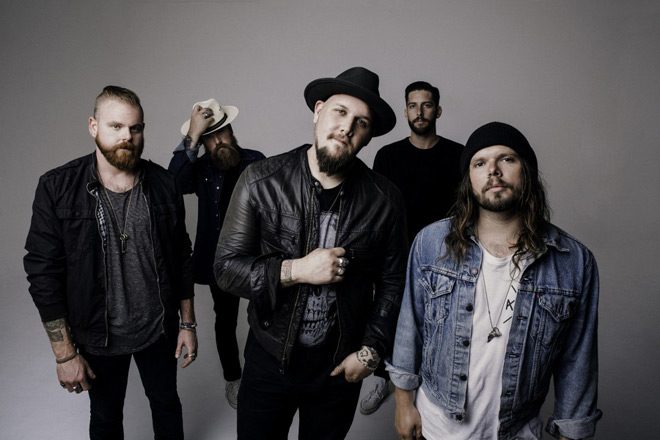 Come Hell or Highwater, there will be a beautiful new (musical) Vista to take in on this coming Friday morning, May 19, 2017, via Spinefarm Records.

Brandon Saller is a superbly talented multi-instrumentalist and songwriter, best known for his work with exceptional rockers Atreyu, where he is the drummer and clean vocalist for the band’s epic music. In Hell or Highwater (whose original, far superior moniker was the Black Cloud Collective), he puts aside the sticks and steps to the forefront, creating a unit that is anything but mediocre! The band currently have two releases to their credit – 2011’s full-length debut Begin Again as well as the 2013 EP The Other Side – and have shared stages with the likes of Avenged Sevenfold (M. Shadows appears on Begin Again, in fact), The Used, Stone Sour, and, oddly, The Darkness.

With a full-length, studio follow-up to Begin Again six years in-the-making, Hell or Highwater – Saller, Joey Bradford (Guitar), Jon Hoover (Guitar), Nick Maldonado (Bass, Synth), Kyle Rosa (Drums) – make a triumphant, highly anticipated return with Vista. A twelve-song collection named for the band’s hometown of Vista, California, the album was created under a heady California influence. “Most of the band is from here,” notes Saller. “It’s not just a place to live; it’s a vibe. There’s a certain lifestyle that makes it a very chill and positive location. We want to put it on the map as more of a mindset. Everything about the record is this town.”

The delicious harmonies of Vista kick off with the anthemic “Colors,” a motivational rocker about being yourself and wearing your unique colors with pride. A thoroughly engaging, arena-ready Rock-n-Roll track, there is some superb musicianship here that dances alongside Saller’s signature vocals. Life is a “Walk Out In The Rain” sings Saller on another stellar mid-tempo rocker about taking the bad with the good, while “Don’t Hate Me” kicks in like a monster with fat, delicious bass from Maldonado. It all flows beautifully into “Another Good Time,” yet another infectious melody, this time with some groovy Led Zeppelin influences throughout.

A one-minute jam session introduces the beautiful “Blister” – a track that hovers somewhere very close to a power ballad – and urges listeners to appreciate their lives and keep moving forward. In fact, the bulk of tracks on Vista qualify as feel good, upbeat Hard Rock that places Hell or Highwater much closer to (current) Bon Jovi than, say, former tour-mates Avenged Sevenfold. Though the superb “Dame,” the band shakes things up a bit with a serious Bluesy grit, creating a stand-out track that walks flawlessly alongside the Alt Country/Hard Rock blend of “Washed Away.” The pair blend beautifully into lead single “I Want It All,” another Blues-tinged proclamation that begs listeners to give everything they have got to give in life. It all ends with a “Revolution” and if that movement sounds anything like this album, sign up now!

For fans of heavy, screaming, pissed off music, this is not your Vista to seek: this is mature, melodic Rock N’ Roll – often with a Bluesy grit – that screams out the fact that Brandon Saller is one of the best vocalists in any genre these days. Hell or Highwater’s ability to craft an infectious, upbeat Rock song is undeniable, and Vista sounds like a sunny drive down the coast with friends, headed for adventure and a great dive bar. For these reasons, CrypticRock give Hell or Highwater’s Vista 5 of 5 stars. 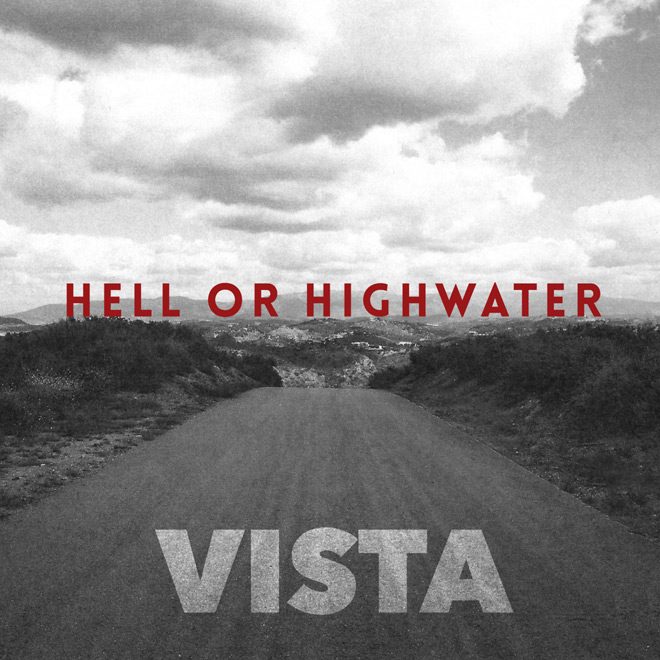