The long-awaited Pumpkins United World Tour, after commencing back in October of 2017, has been delighting legions of Helloween fans throughout Europe, Japan, and Latin America. Beginning in Las Vegas, Nevada on September 7th, 2018 and concluding in New York City only eight days later on the 15th, the North American leg of this monumental tour, though brief, has been met with the same fervent anticipation.

Helloween fans on the east coast, however, showed so much support for the Teutonic Power Metal titans that one night at Irving Plaza in the heart of lower Manhattan would not be enough. Another show was tacked on the following day, because the first one sold out in rather short order. Nevertheless, Saturday the 15th, was set to go down as a long-awaited dream come true for anyone who has followed Helloween through any and all portions of their storied thirty-five year existence.

A line wrapping clear around the block two hours before doors opened at Irving Plaza, smiles plastered on the faces of many a black-clad minion, were all indications that something special was about to go down. It is exceedingly rare that a band as renowned as Helloween manages to unite two of its erstwhile vocalists with its current one on the same stage. But time and maturity deflate egos, smooth out old conflicts, and what is left are a group of musicians who simply adore both their fans and their legacy.

As the band took the stage to a computerized backdrop of pumpkin-infested, tongue-in-cheek animation, the surreal nature of the proceedings was topped only by the roar of adulation encased in the house. Despite the factory-farm level of tightness on the floor, all eyes were on them as they launched into their not-quite-namesake 1987 smash hit “Halloween.”

On stage, eyes might more easily be drawn to towering Guitarist Sascha Gerstner. Like a Germanic Elvis Presley mixed with one of the Misfits, his studded black jacket and shiny guitar make him the perfect showman. Though Helloween fans might be even more familiar with the ever-present smile of founding Bassist Markus Grosskopf, or the appearing half-asleep but sharp-as-a-blade founding Guitarist Michael ‘Weiki’ Weikath, it was the shortest statured guitarist that might have taken the most breaths away this night.

For despite appearing here and there on stage with Helloween, co-founder Kai Hansen has not truly been in the thick of Helloween since he left the band in 1988. Hansen, who these days bears more than a passing resemblance to iconic Iron Maiden Guitarist Adrian Smith, looked positively thrilled to stand up there once again with his mates. 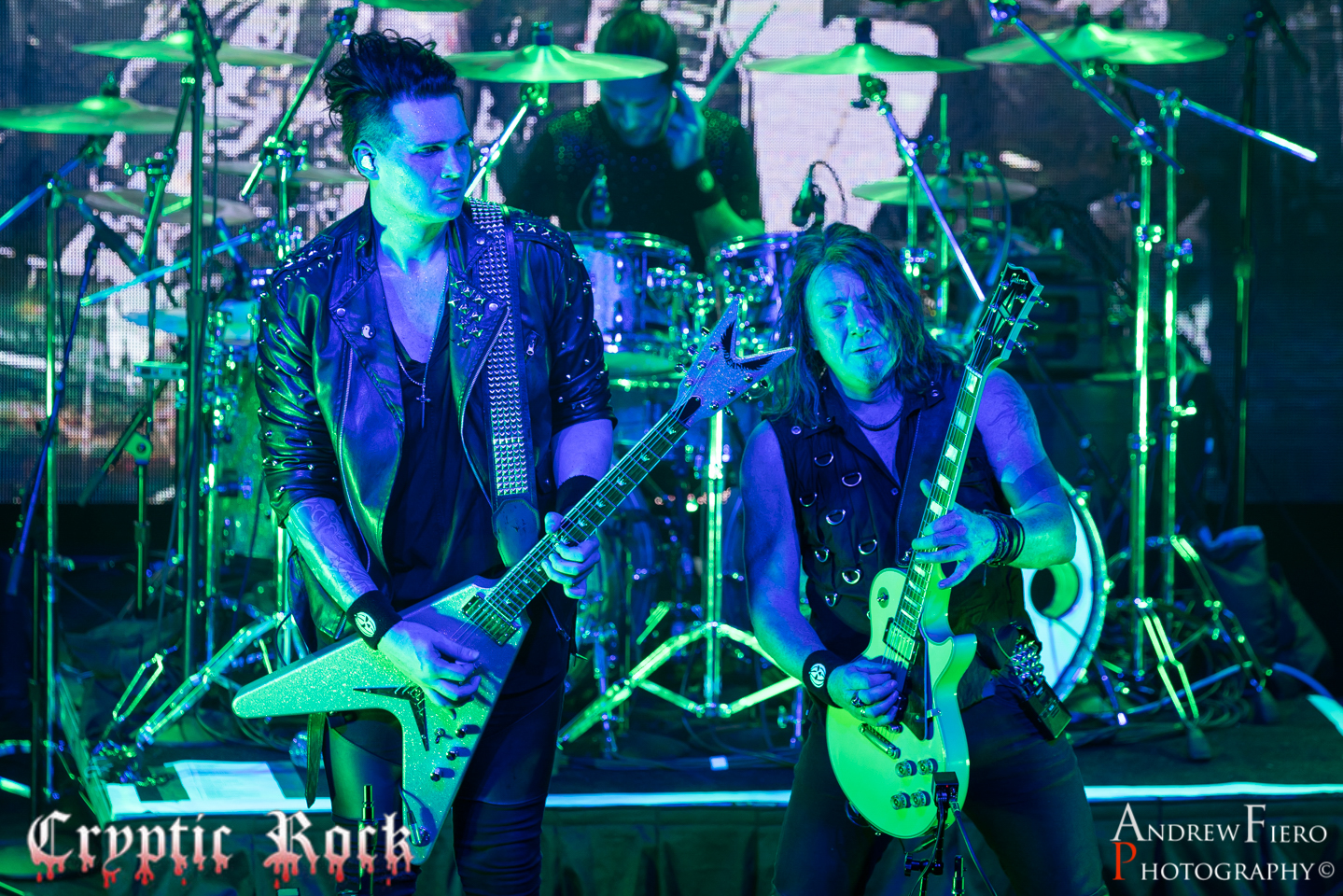 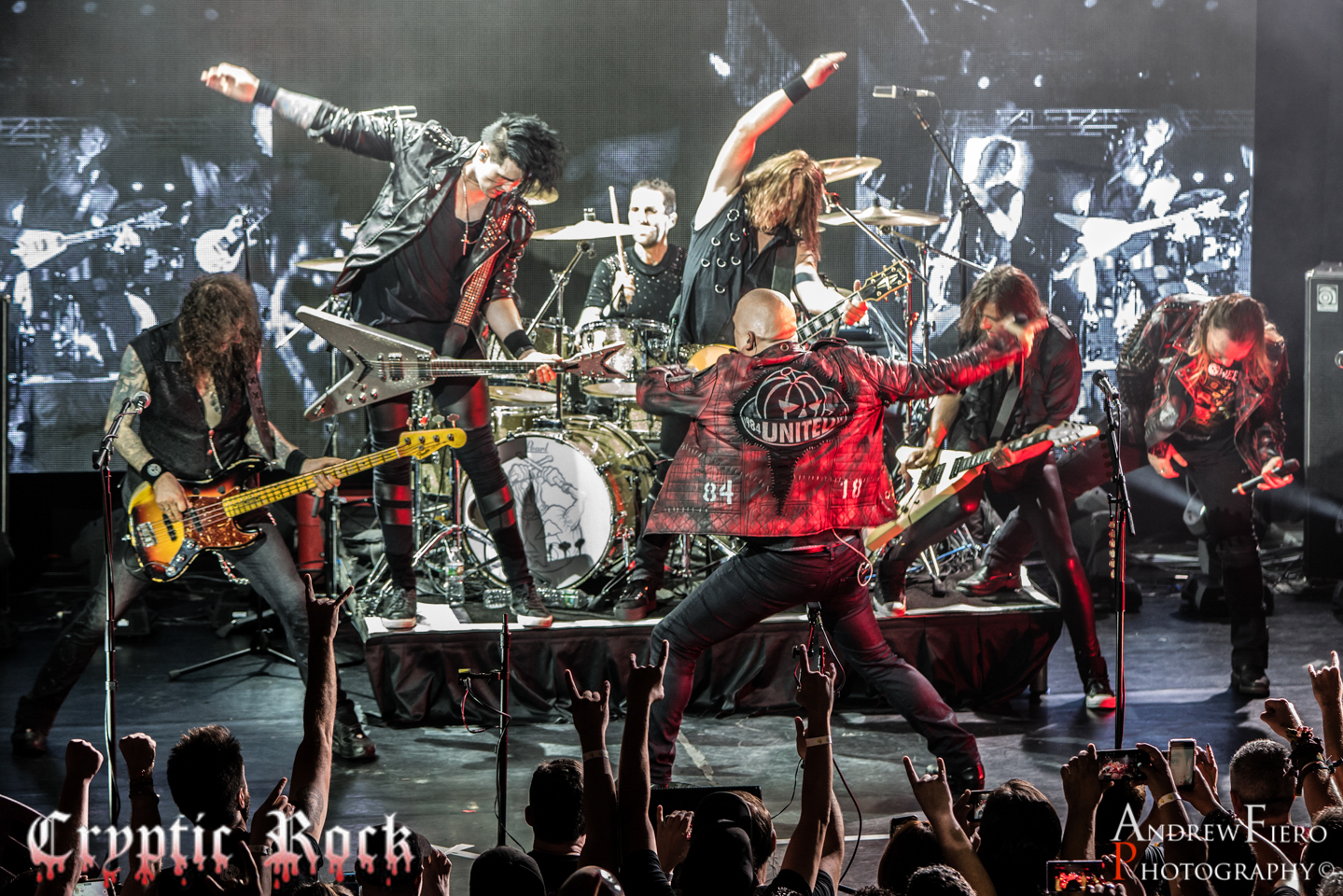 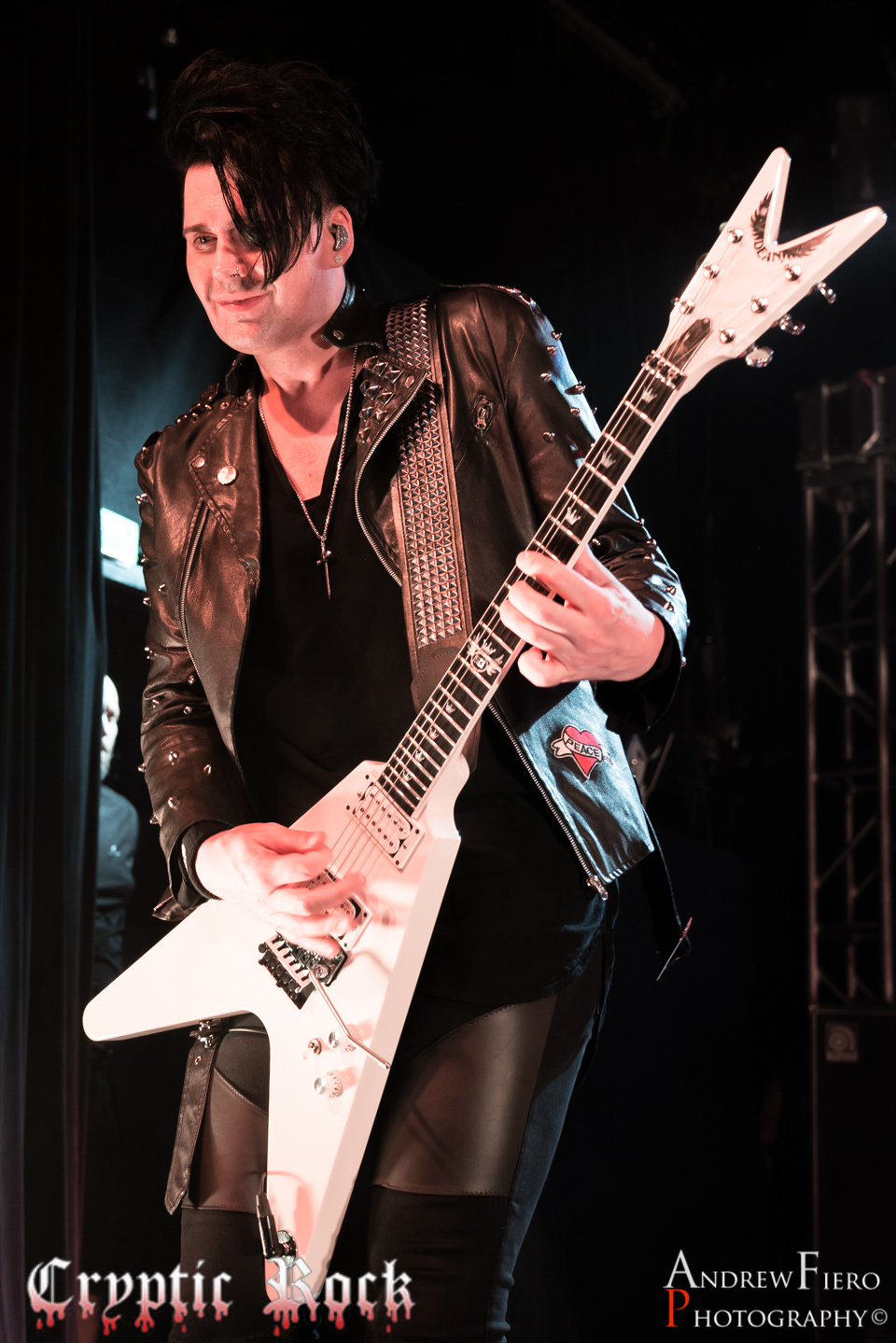 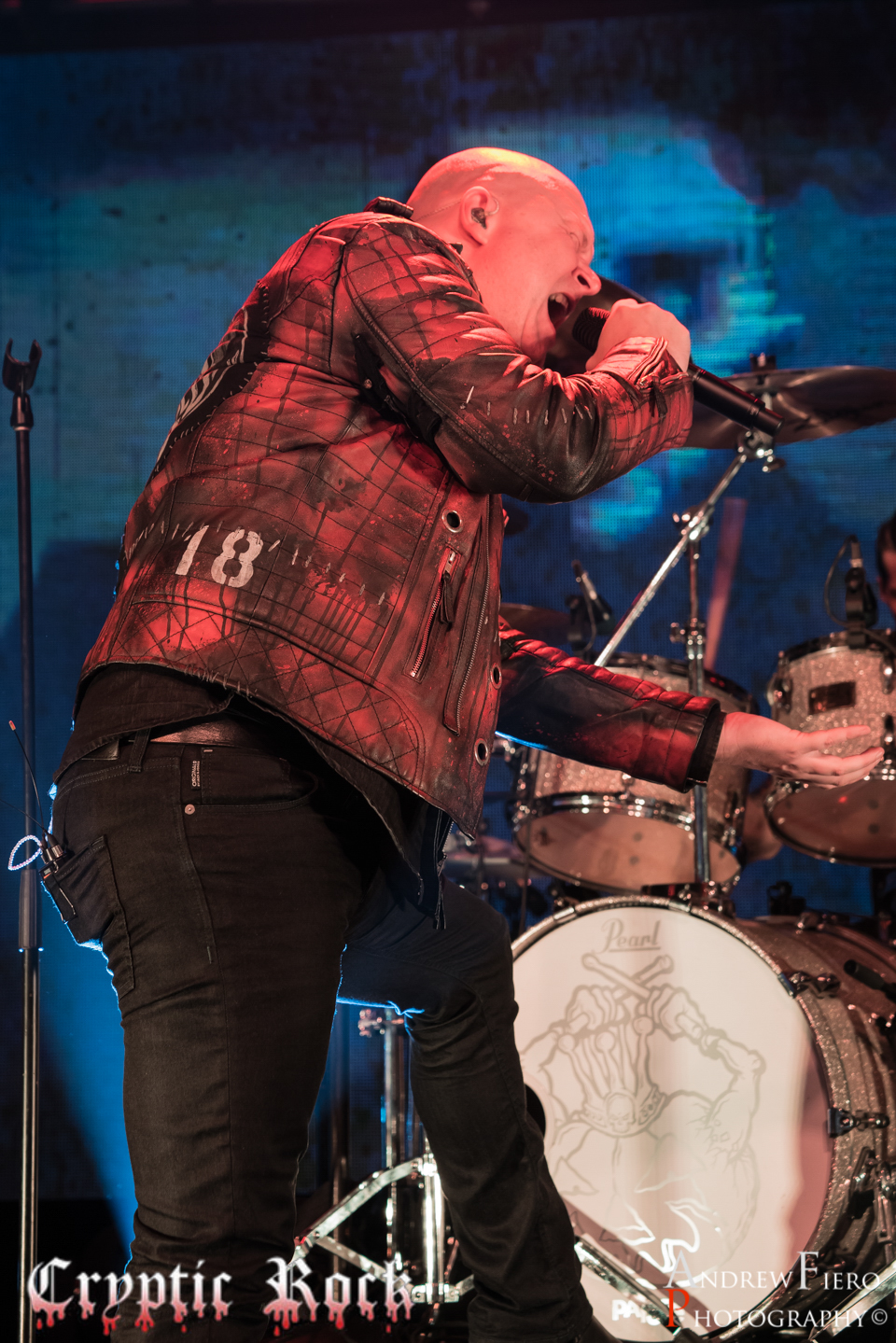 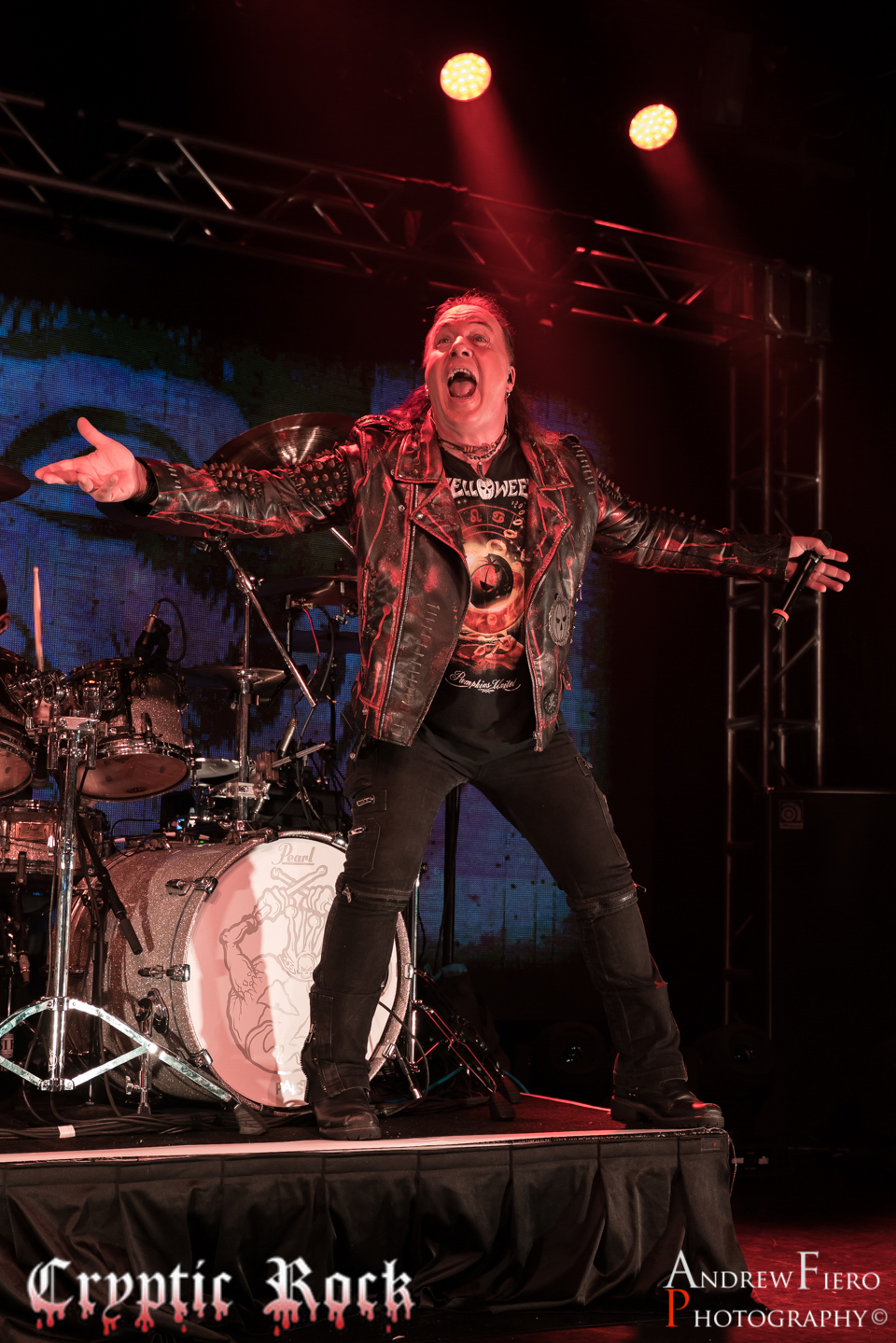 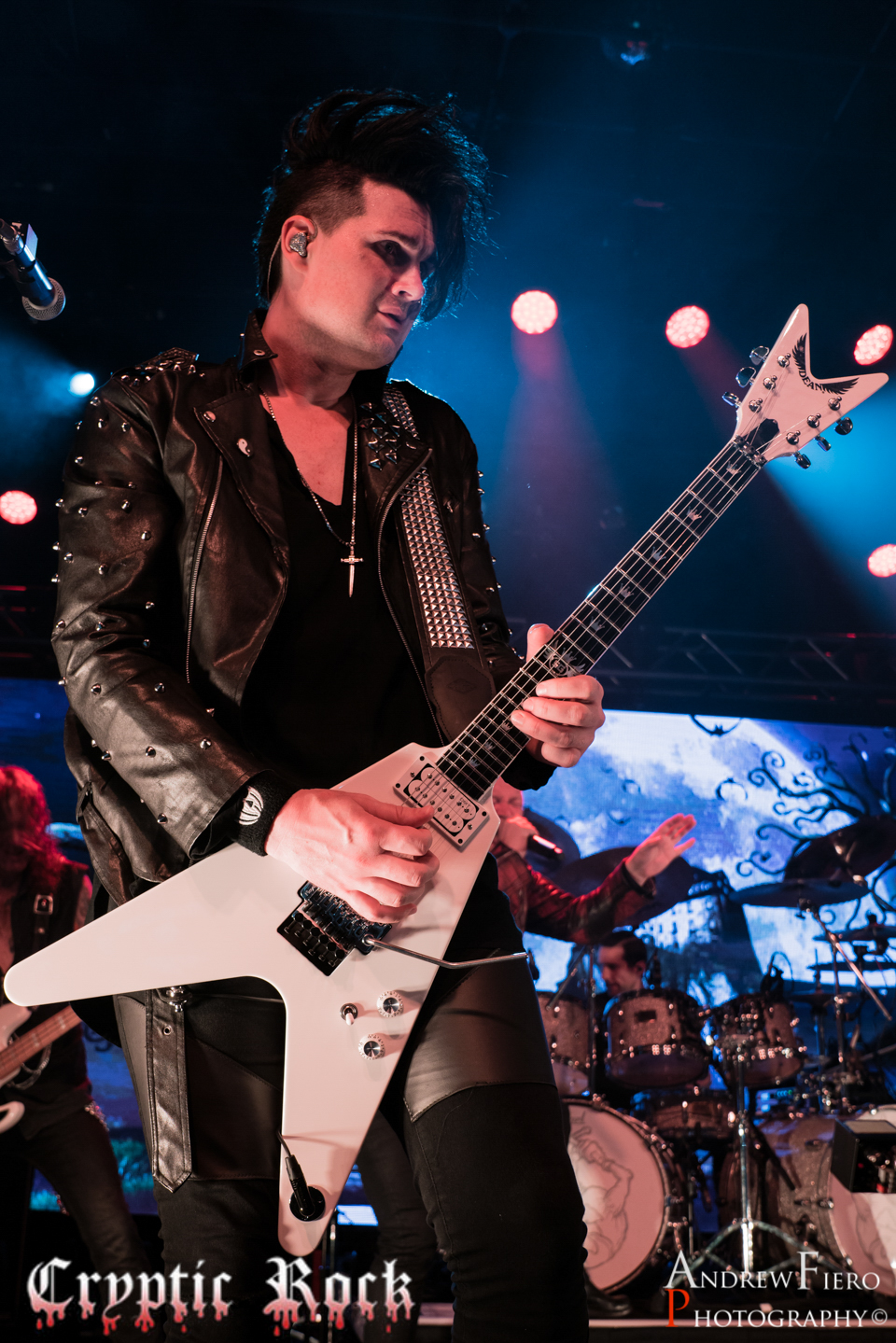 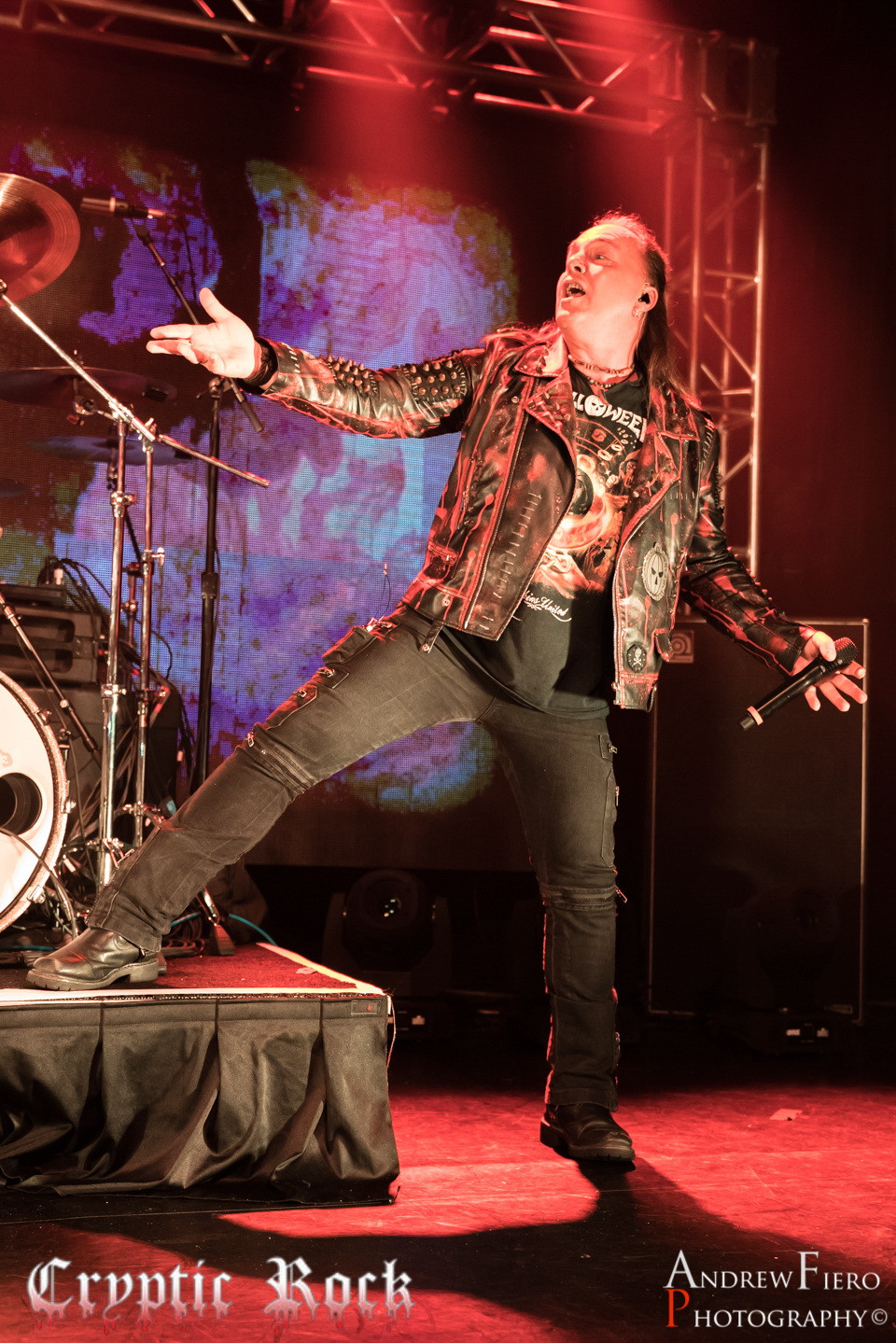 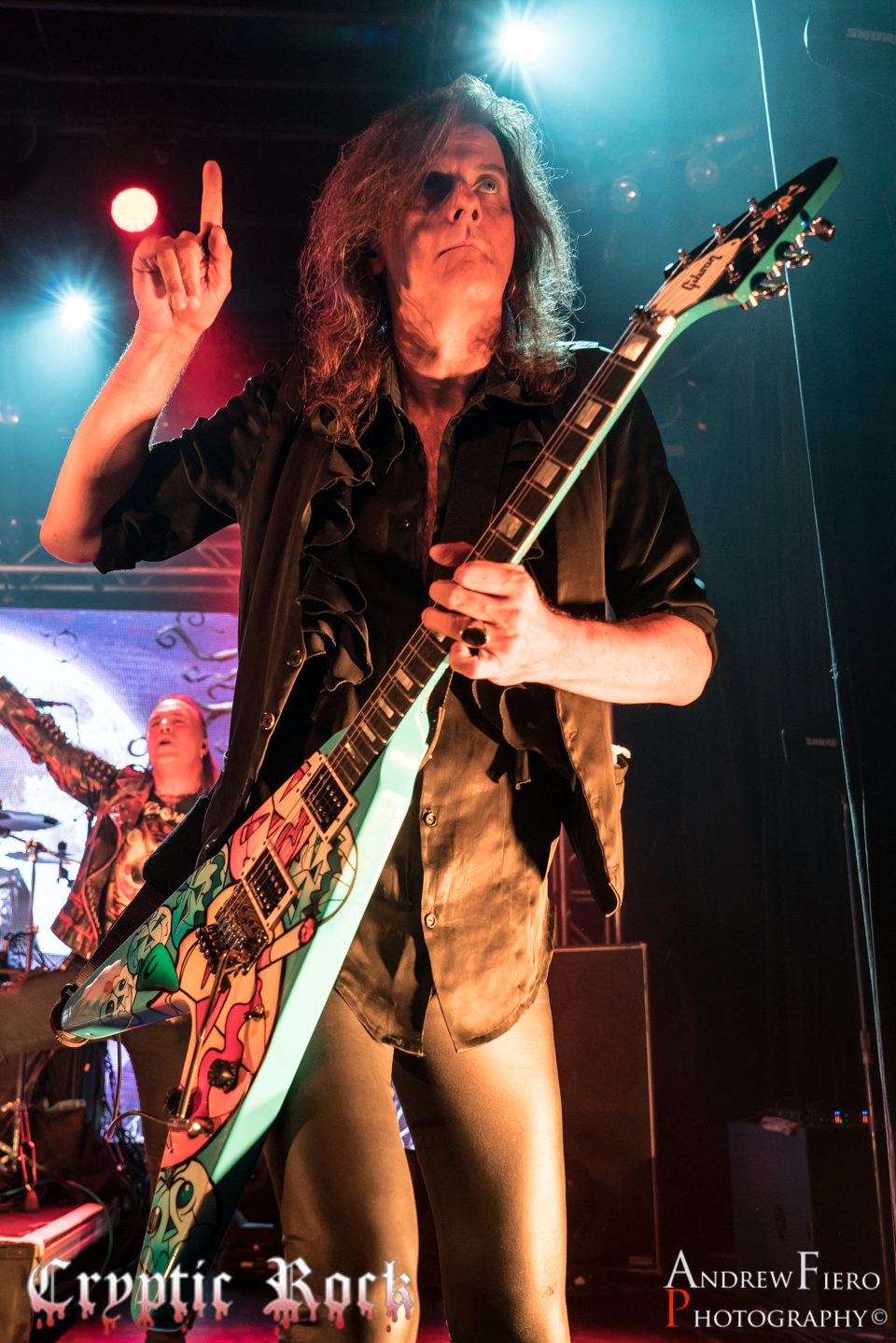 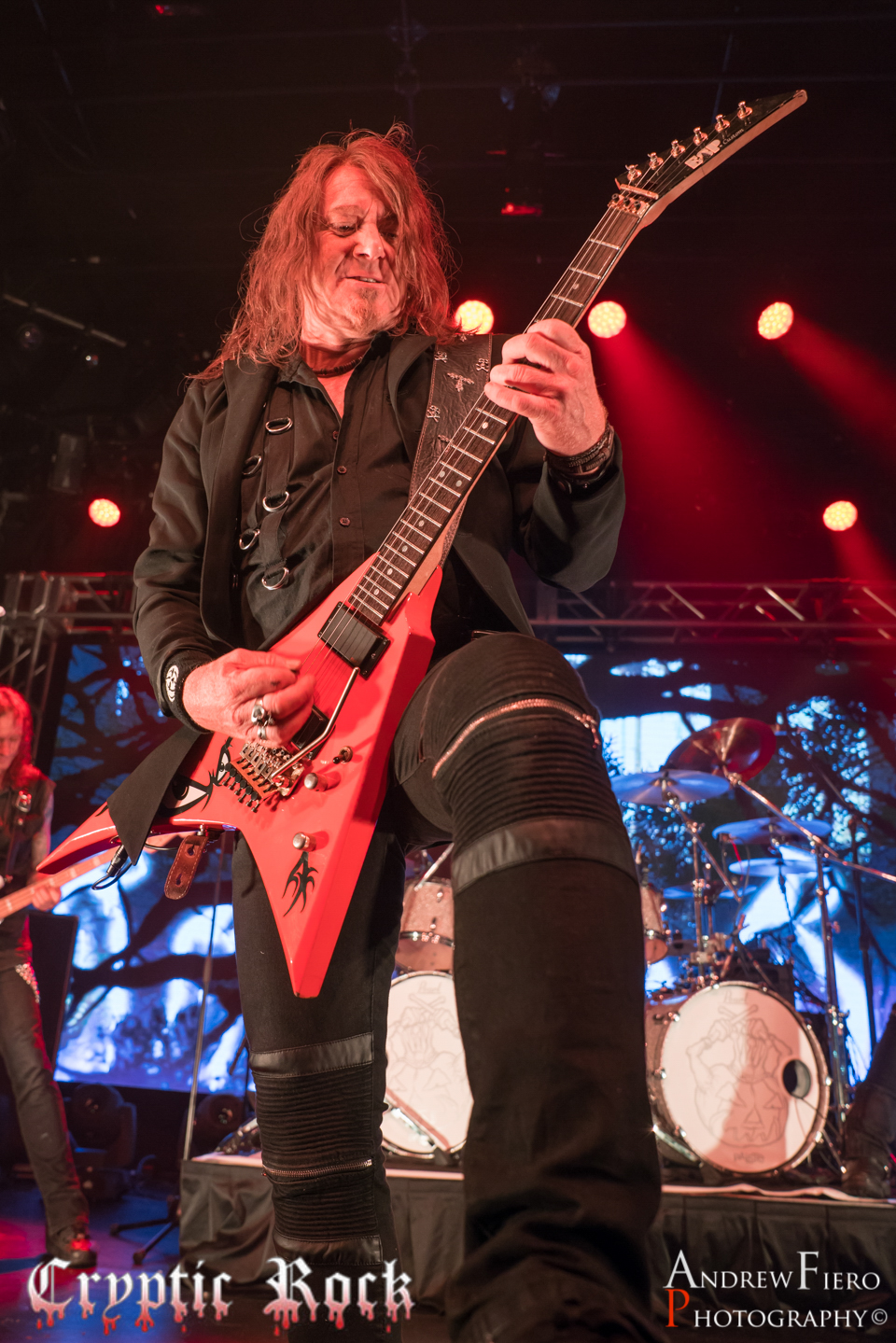 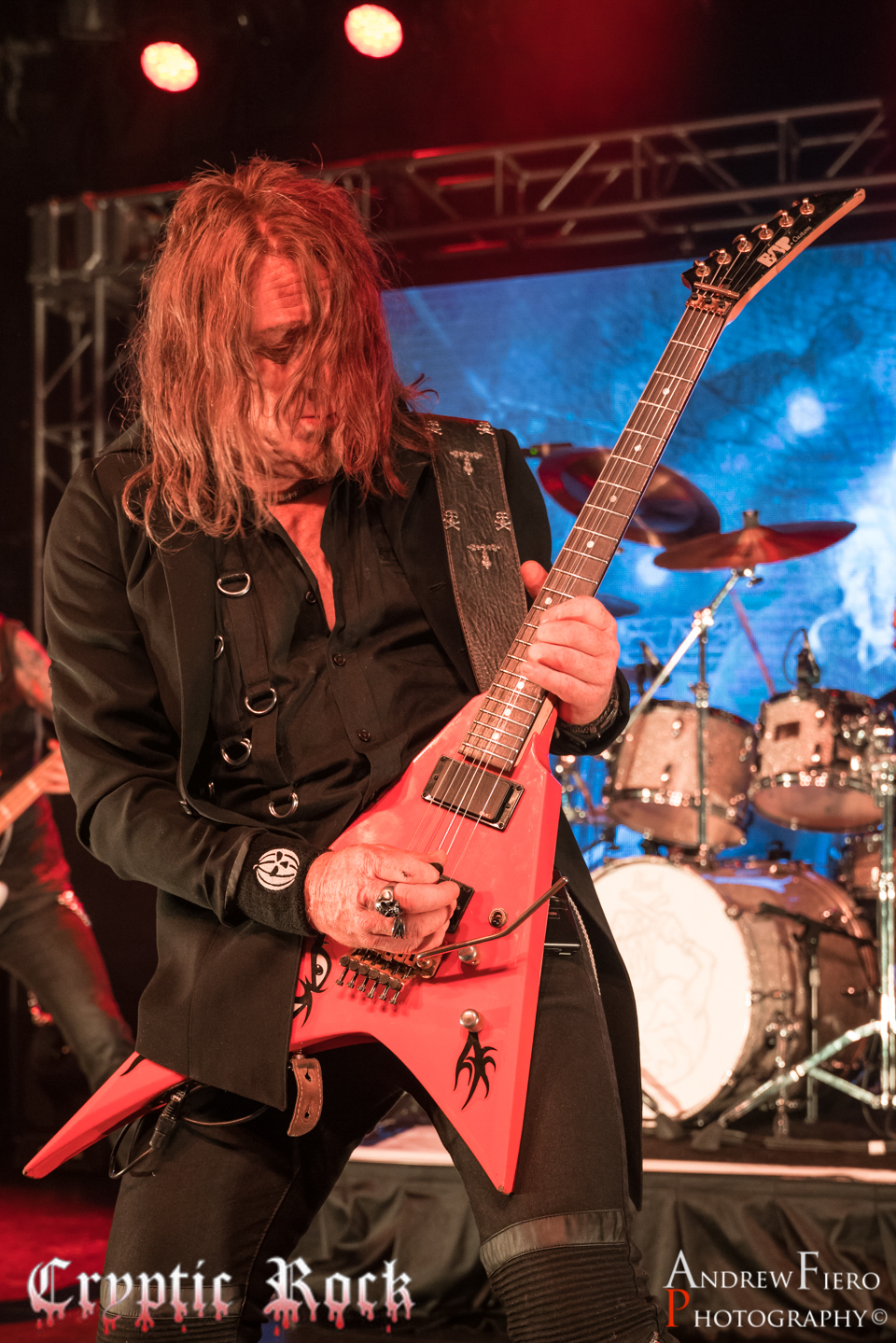 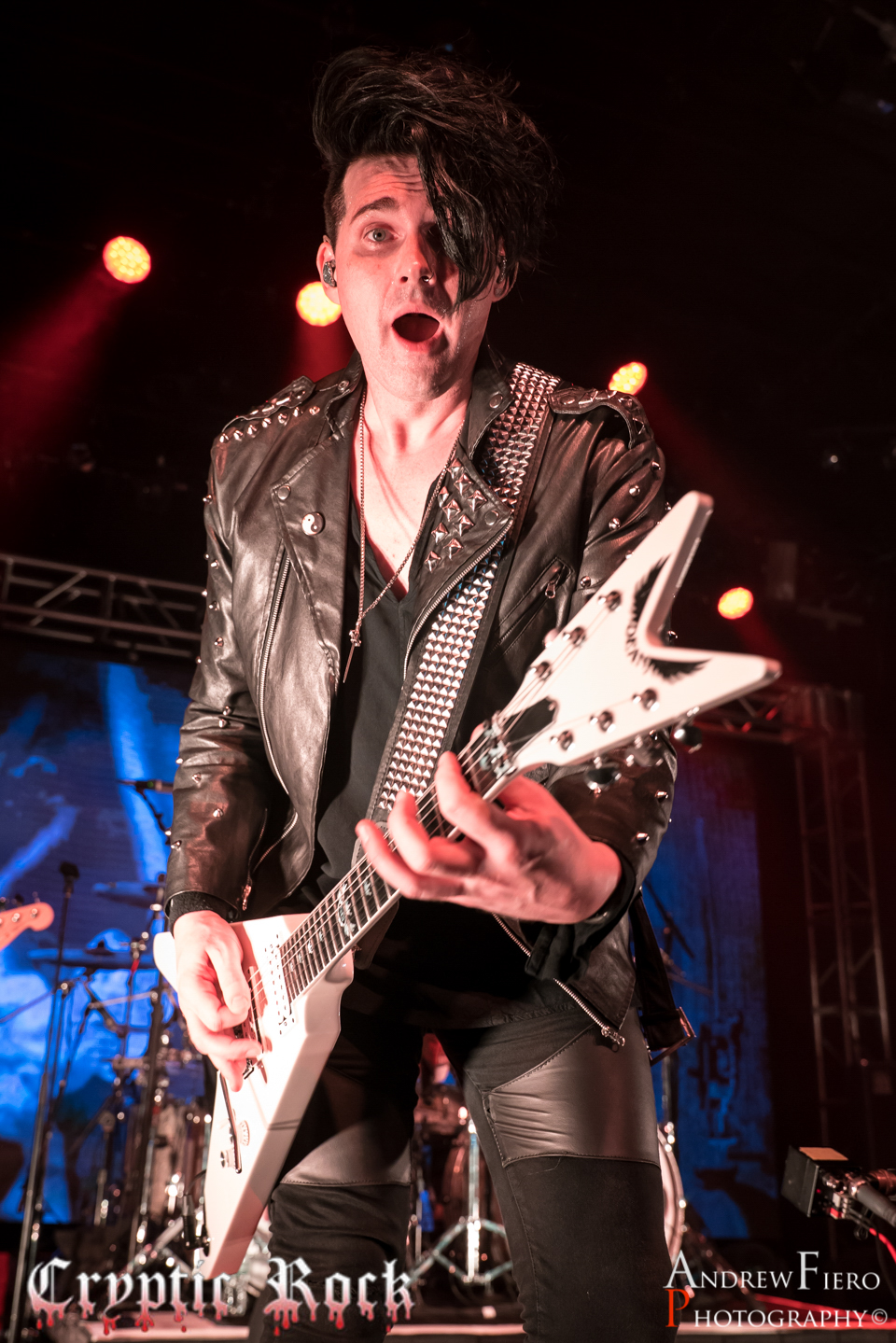 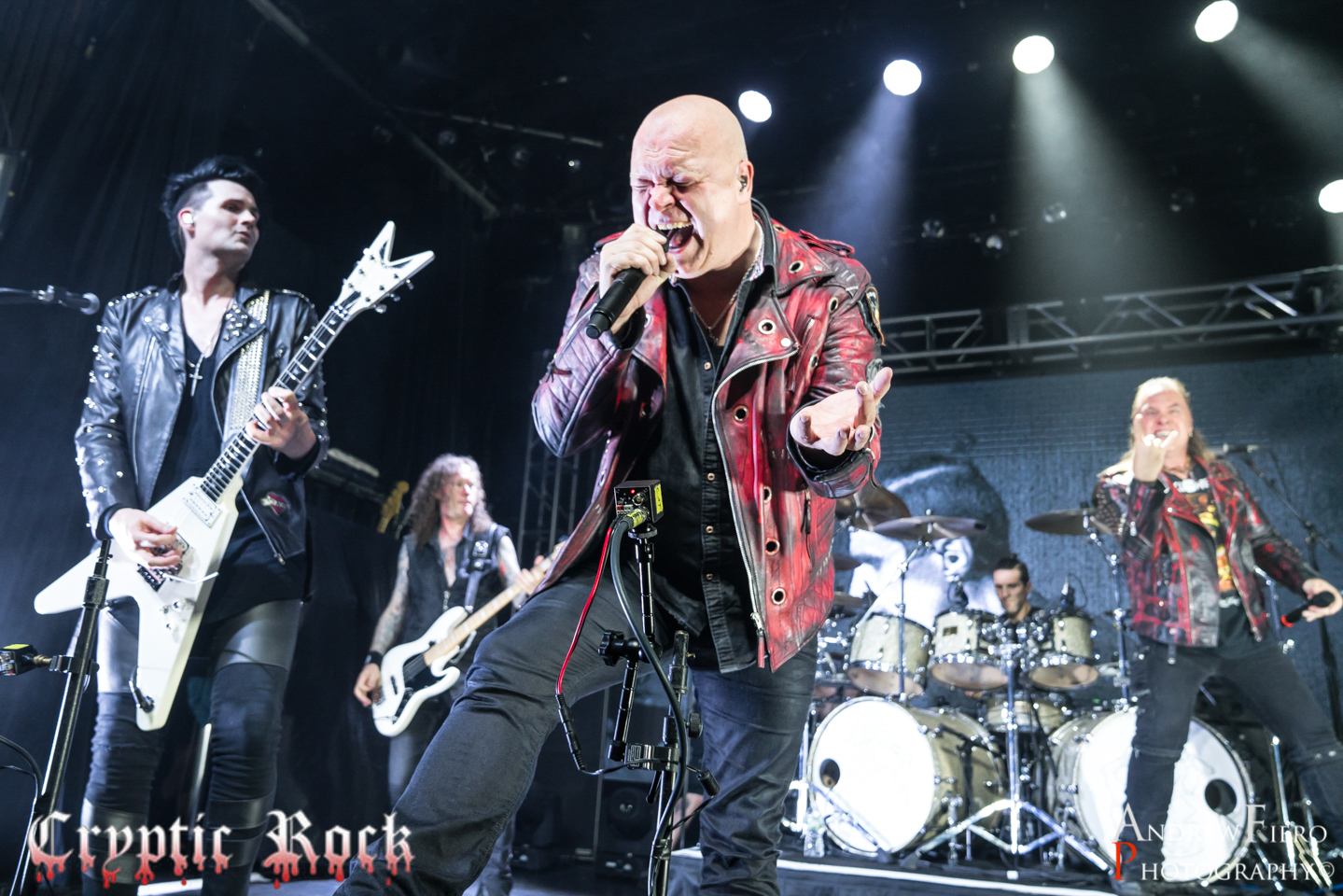 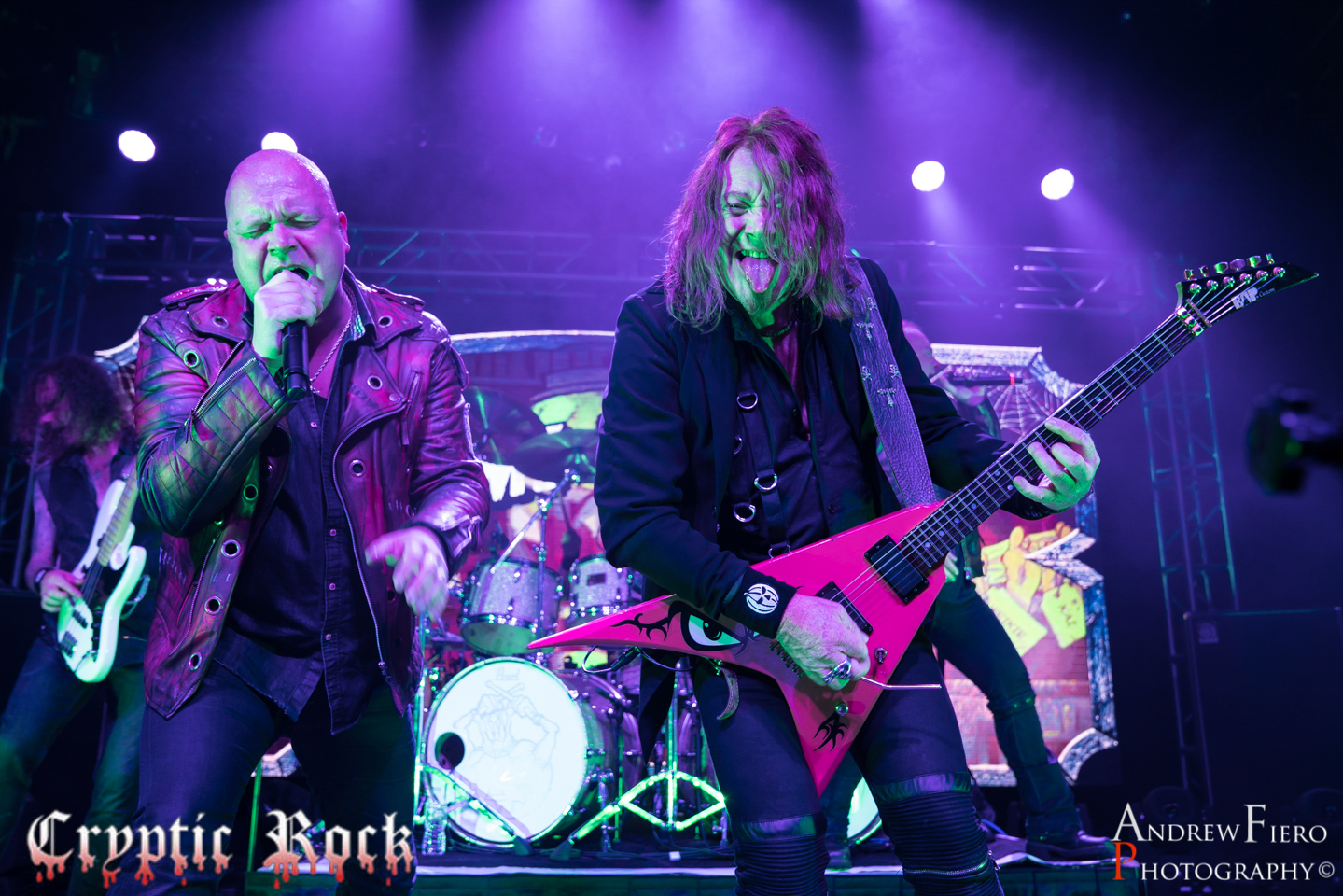 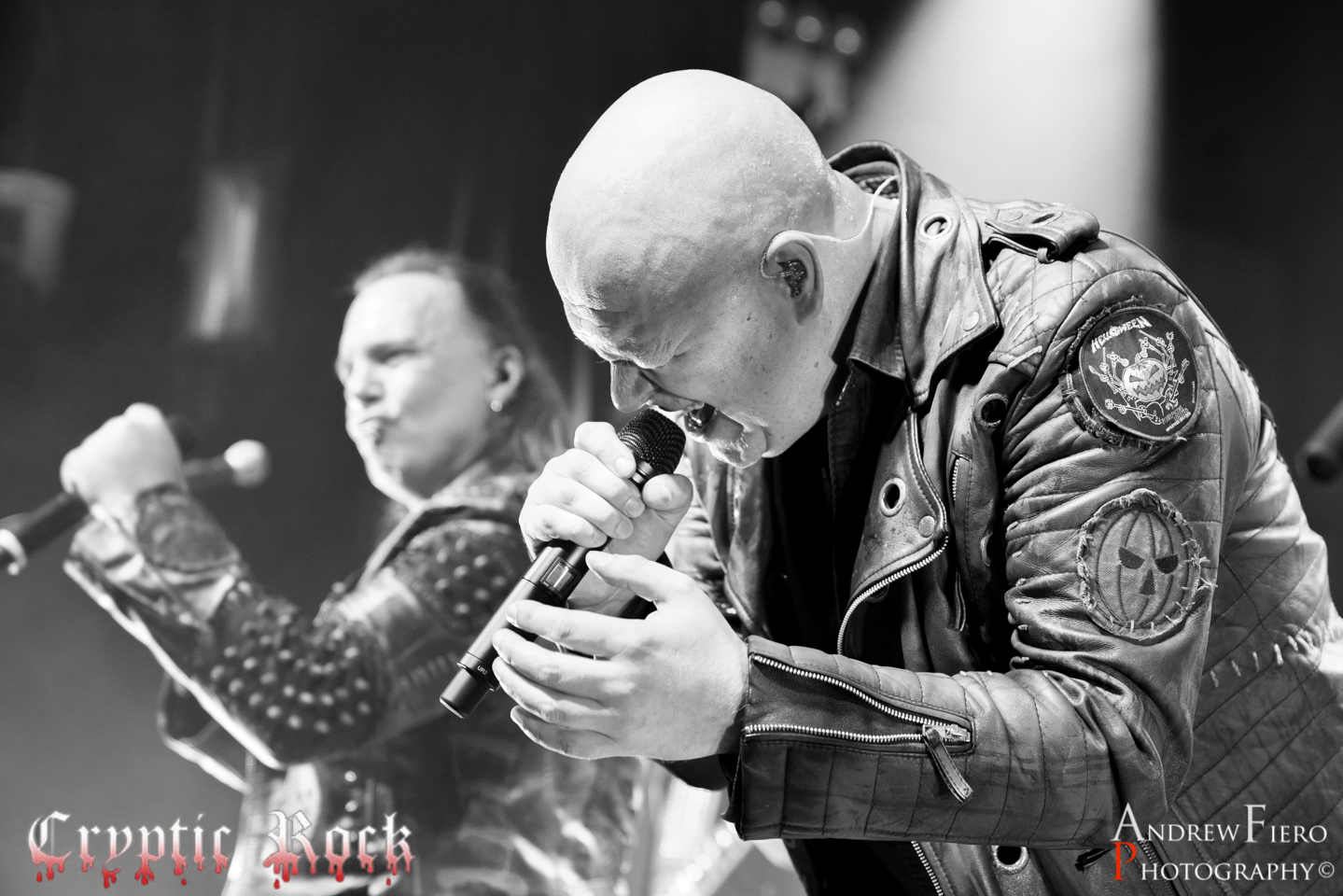 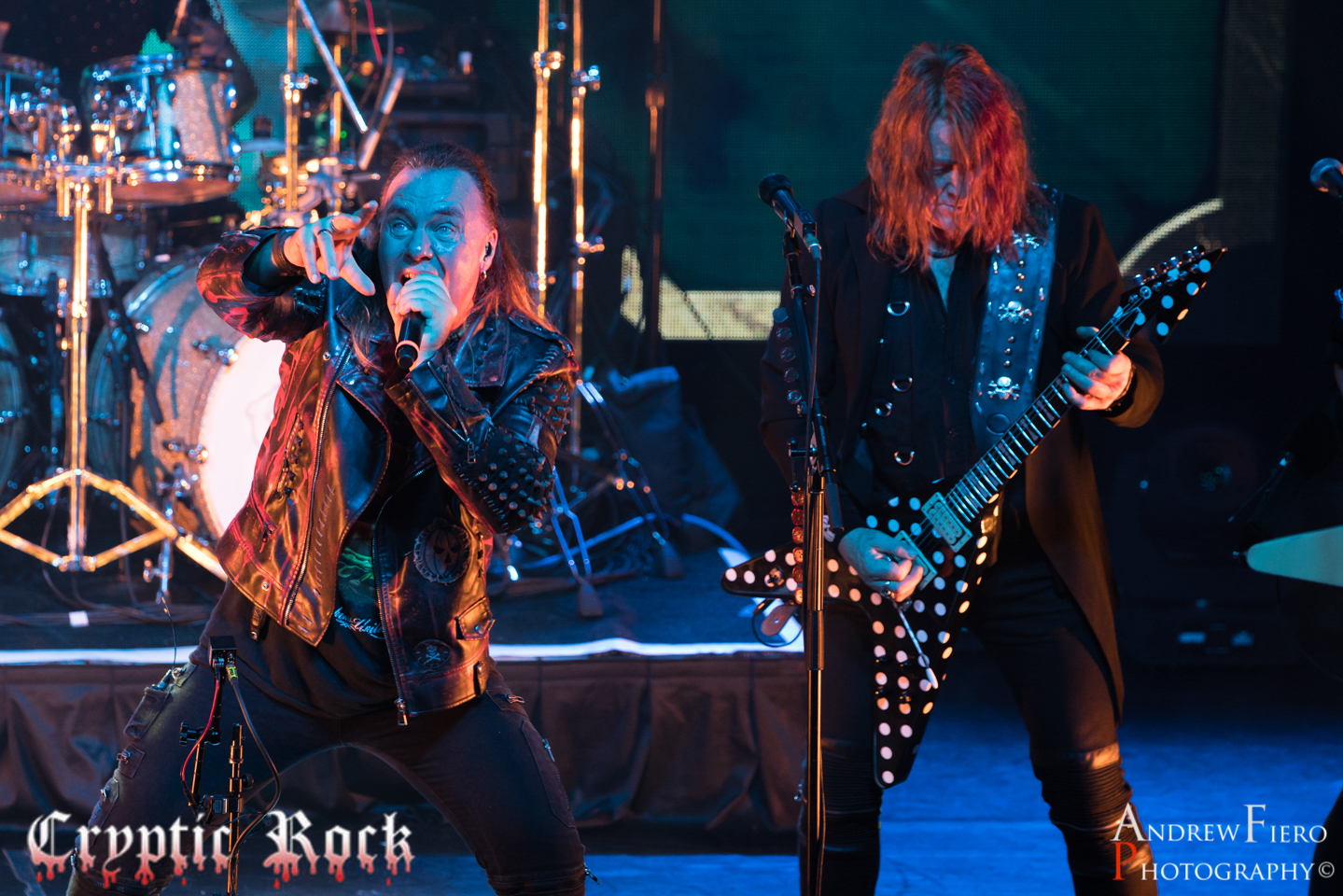 Michael Kiske, who despite singing on 1987/1988’s seminal Keeper of the Seven Keys parts I and II, has spent decades off the stage. Burly and bald these days, the dapper and smiling frontman looked at ease sharing mic duties with leather-jacketed Andi Deris. Having now fronted Helloween since 1994, on this night, Deris still might have felt like ‘the new guy.’

Nevertheless, stone cold classics like “Dr. Stein,” “I’m Alive,” and “If I Could Fly” rolled out to thunderous response. Fans barely old enough to grow facial hair sang along, word for word, as rigorously as fans sharing years of birth with the band themselves. A marvelous rendition of “March of Time” truly showcased a deeper track off of the second Keeper of the Seven Keys album, which replaced “Rise and Fall” earlier in the week.

Prior to a real treat of a drum solo by Dani Loble, Kai Hansen took over the mic with a mischievous grin. Long time fans knew what was in store. A medley of classics from first album, 1985’s Walls of Jericho, including “Starlight,” “Ride the Sky,” and “Judas,” ensured that a surprisingly tumultuous mosh pit down the front continued churning.

During the drum solo, the band displayed a wonderful tribute to their deceased first skinsman Ingo Schwichtenberg, who tragically took his own life long ago at the age of 29. As if his smiling likeness upon the big screen behind the stage was not moving enough, Loble performed a solo mirroring the footage going on behind him. As tributes go, this one was spot-on.

The song “Pumpkins United,” featuring Deris and Kiske, sounded excellent live, the fusion of vocalists as seamless as could be, the lyrics fraught with song titles spanning the band’s history. The stage banter was genuine, because Helloween is genuine. Deris remarked that the rivets on his jacket had been pure chrome at the start of the tour, but months later had turned to rust. When it was suggested by the beloved Hansen that the rust was due to his age, Deris replied that the darkening of his rivets was caused by blood – Hansen’s blood.

Kiske, self-deprecating and enjoying being back with his old mates, peeled away the years with a sterling performance of “A Tale That Wasn’t Right.” The ballad, which he said he recorded at 18 years of age back when he looked like “a girl,” filled up the hall with the voice that was a tremendously successful clutch of years for Helloween.

With a list of songs of dream-like excitement for fans, the anthem of “A Little Time” in all its 1980s glory sat shoulder to shoulder with the newer “Waiting For The Thunder.” After concluding the initial set with a sizzling rendition of the reportedly first Helloween song Andi Deris ever heard, the untouchable “How Many Tears,” Helloween returned with two encores. “Eagle Fly Free” sent chills up the collective spines of the faithful, while the epic “Keeper of the Seven Keys” had many an epic singalong resounding to the ceiling.

Ending the night with “Future World” and the most popular, oft sung and oft referred to “I Want Out,” Helloween without a doubt made the dreams of their fans come true on this night and with this Pumpkins United World Tour. While not quite achieving the status of Iron Maiden and Judas Priest, the Germans have built a massive worldwide following. When the last drum sticks were tossed and guitar picks were flicked, the sweaty masses exited as if from a dream. Helloween came and they conquered! 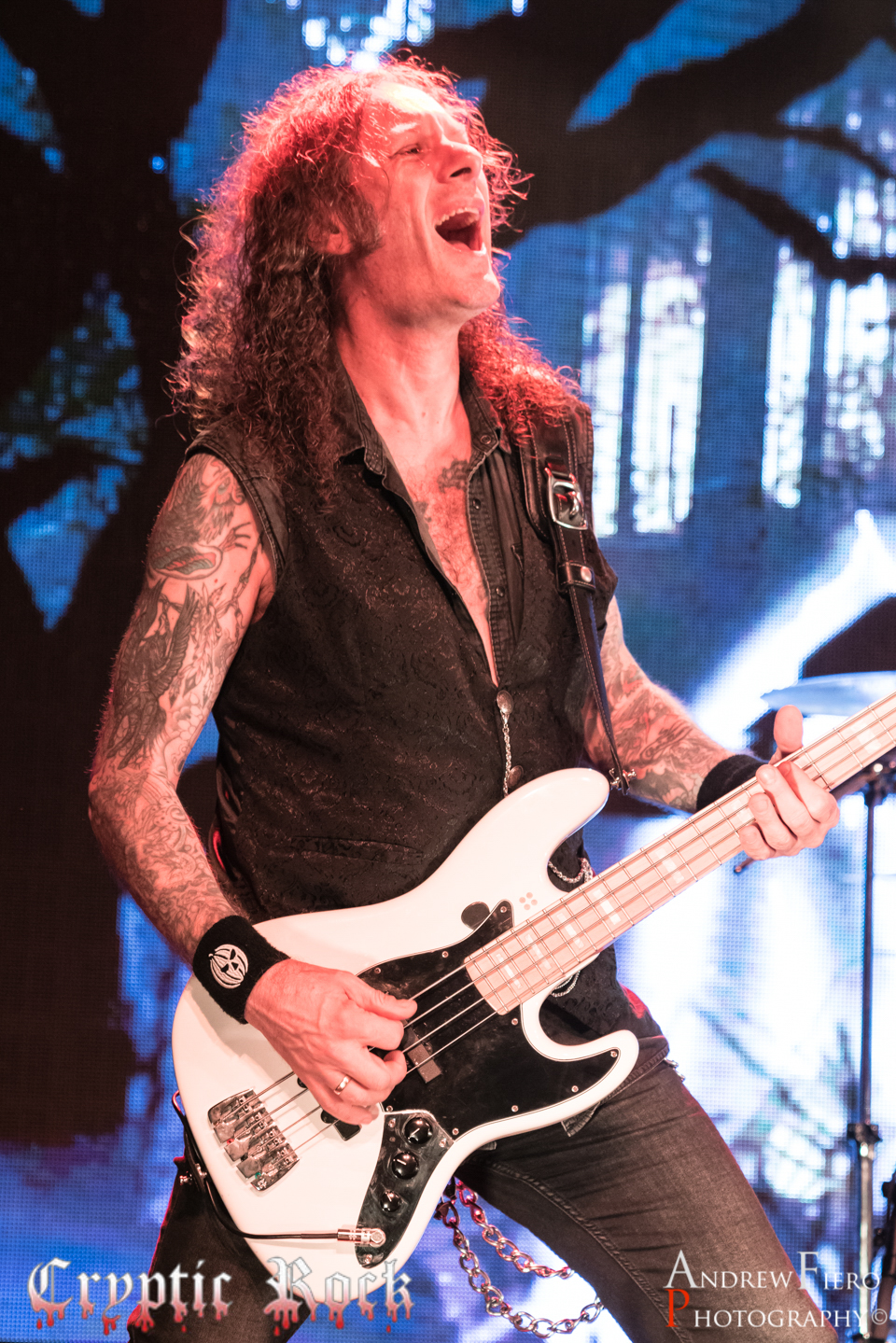 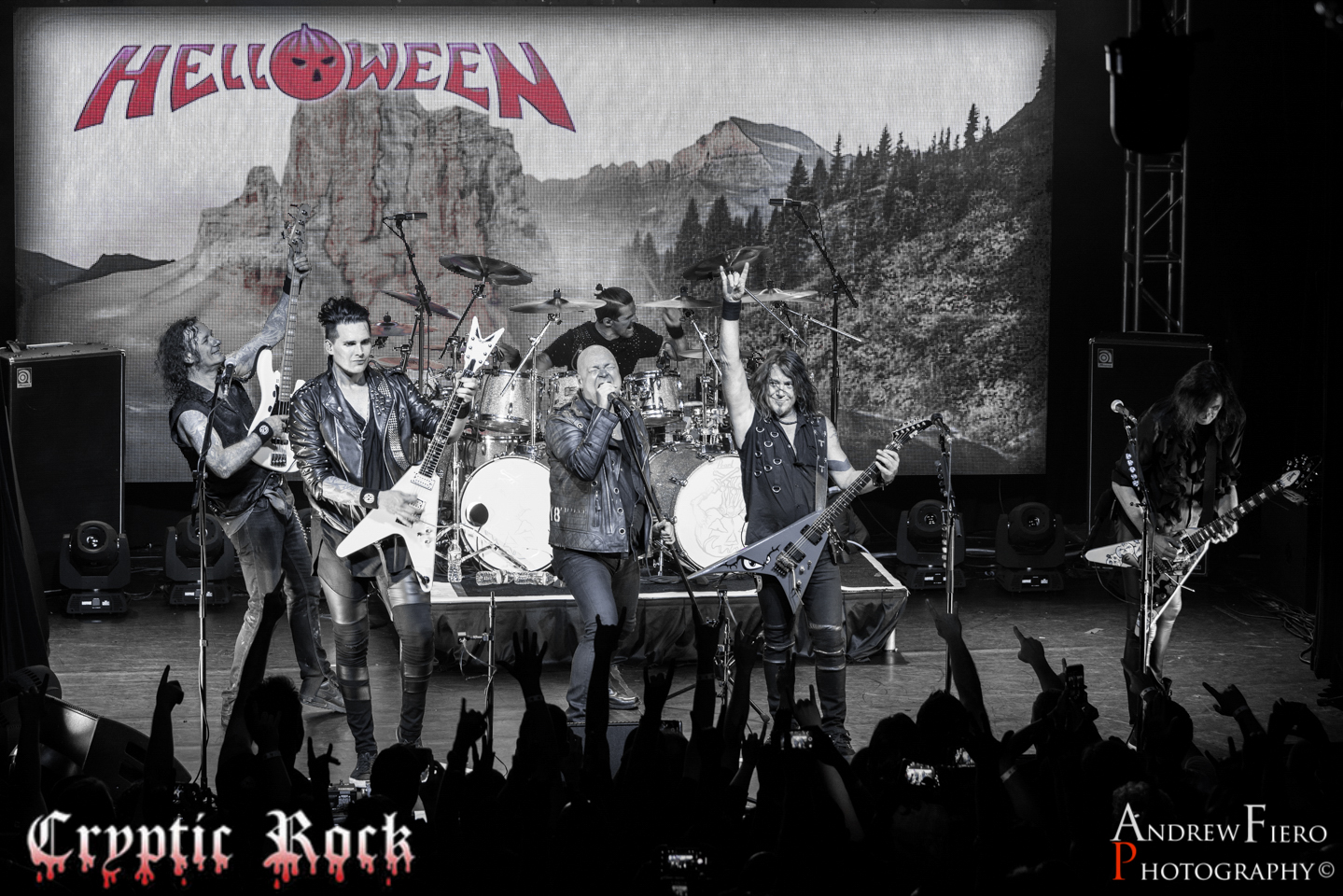 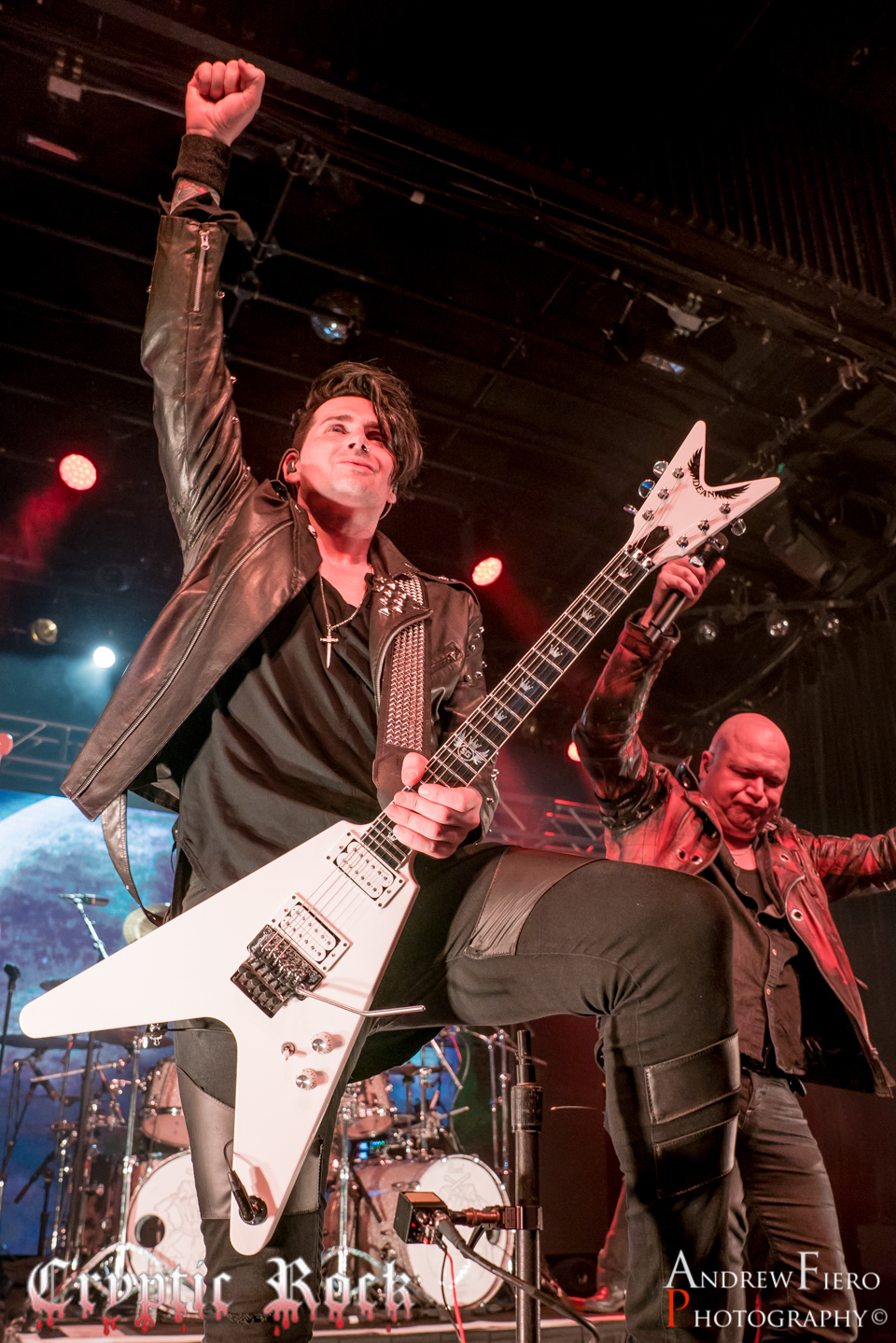 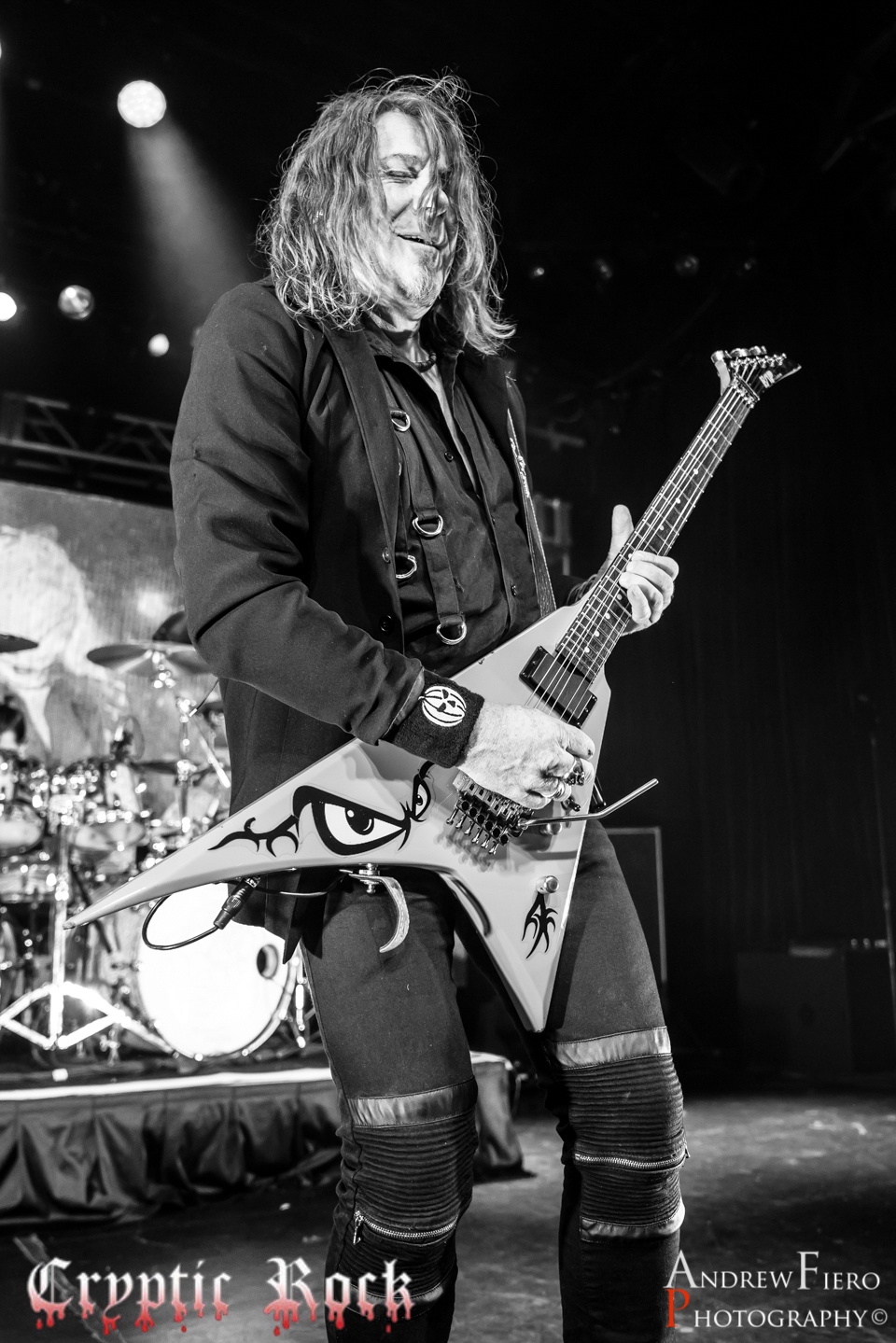 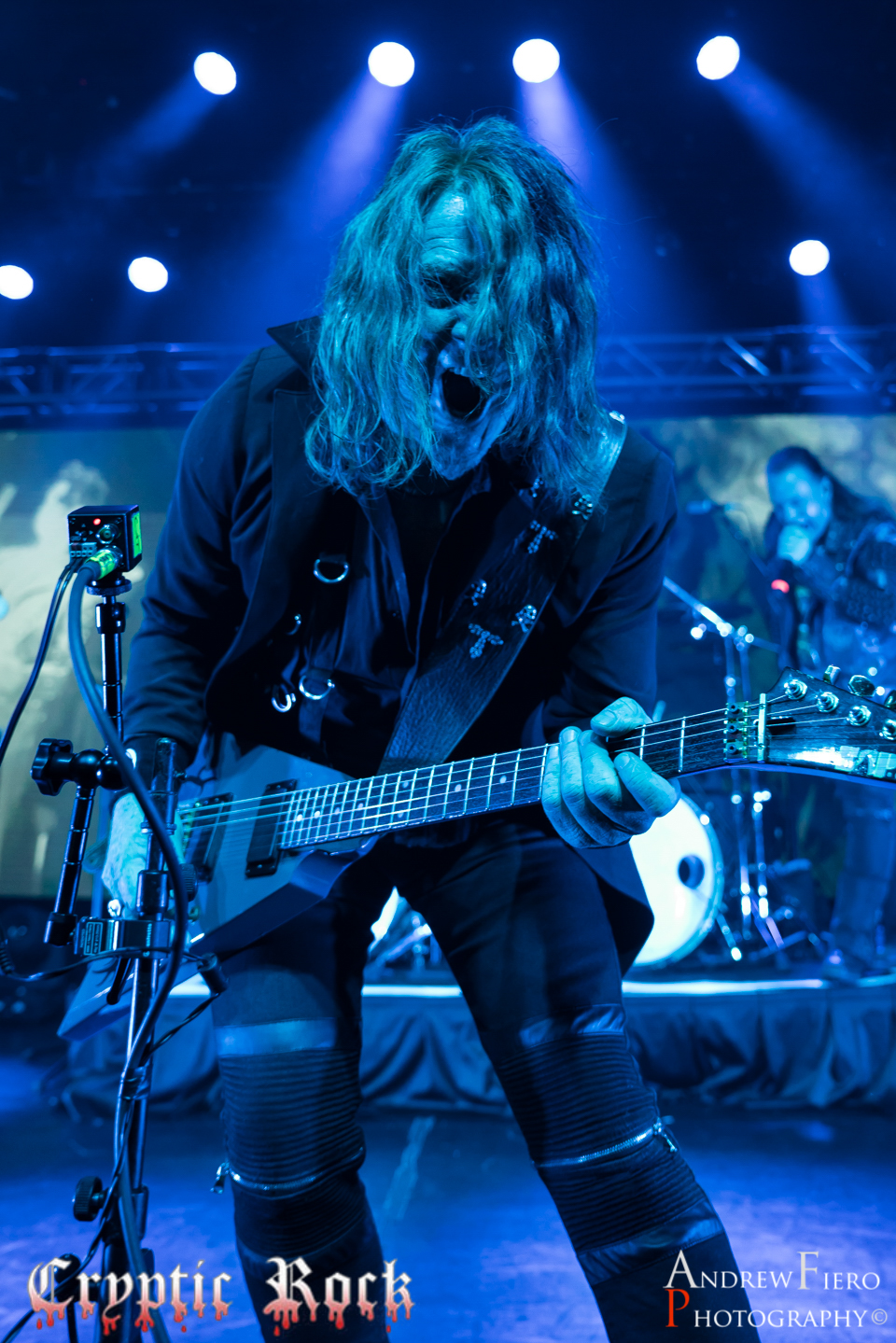 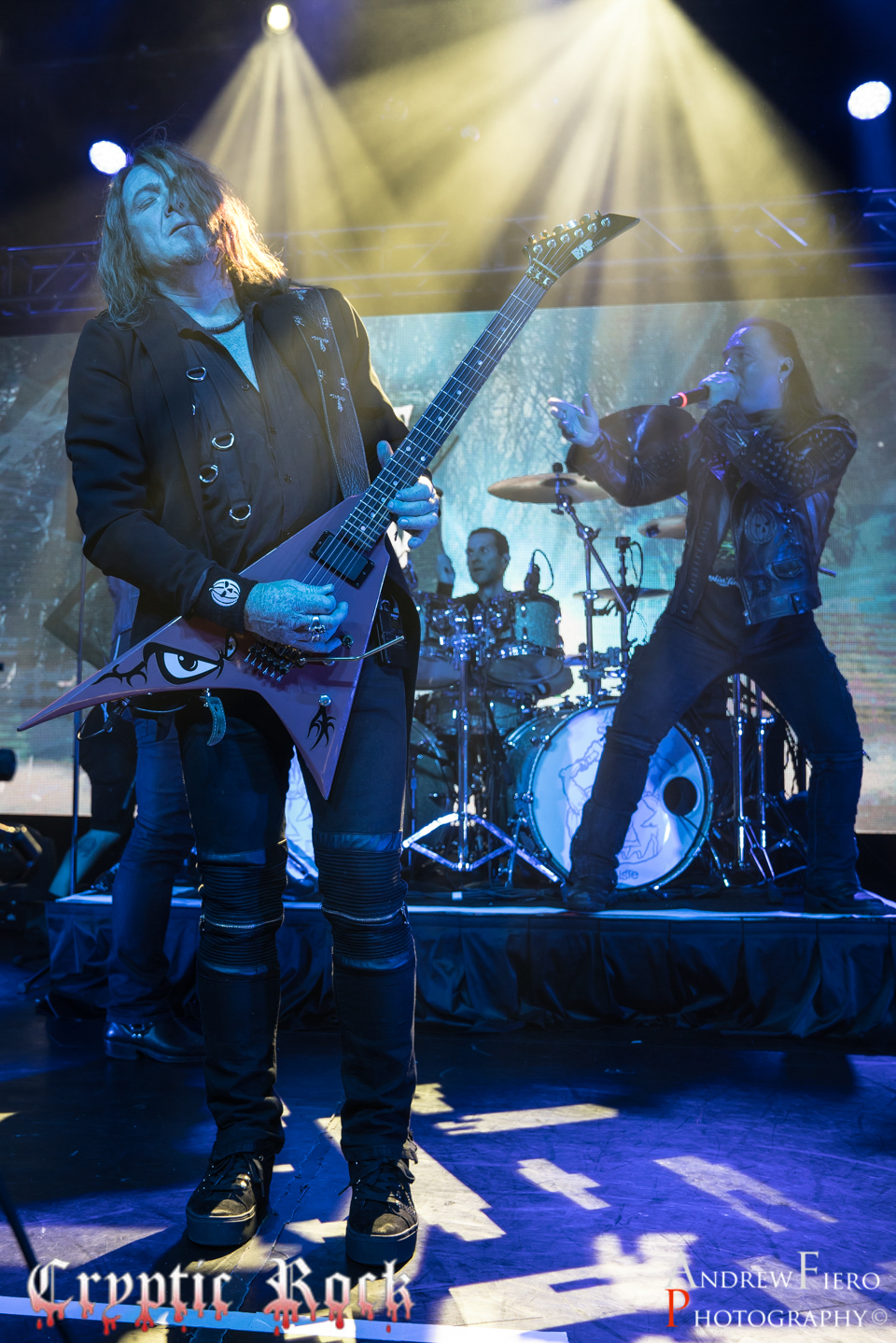 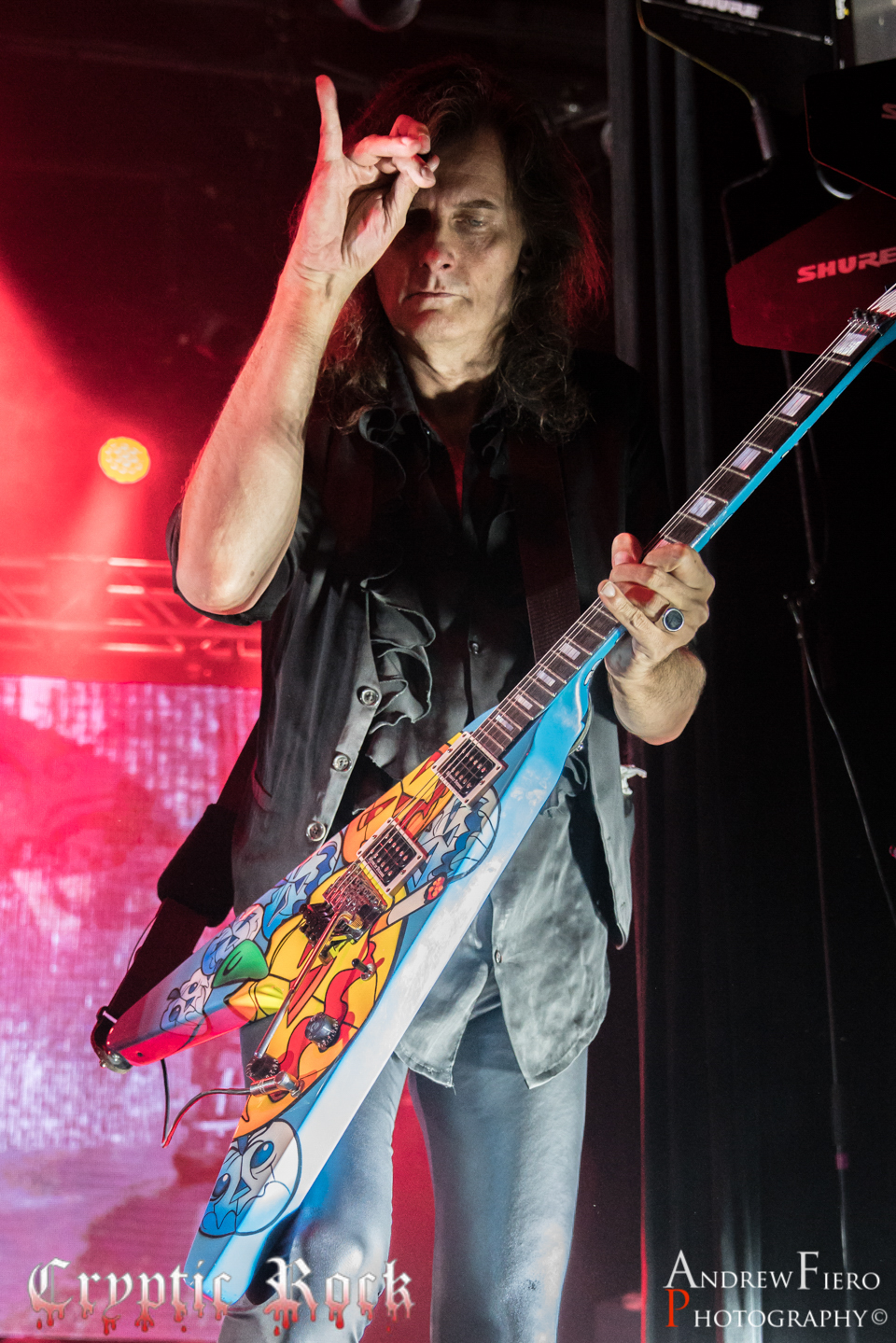 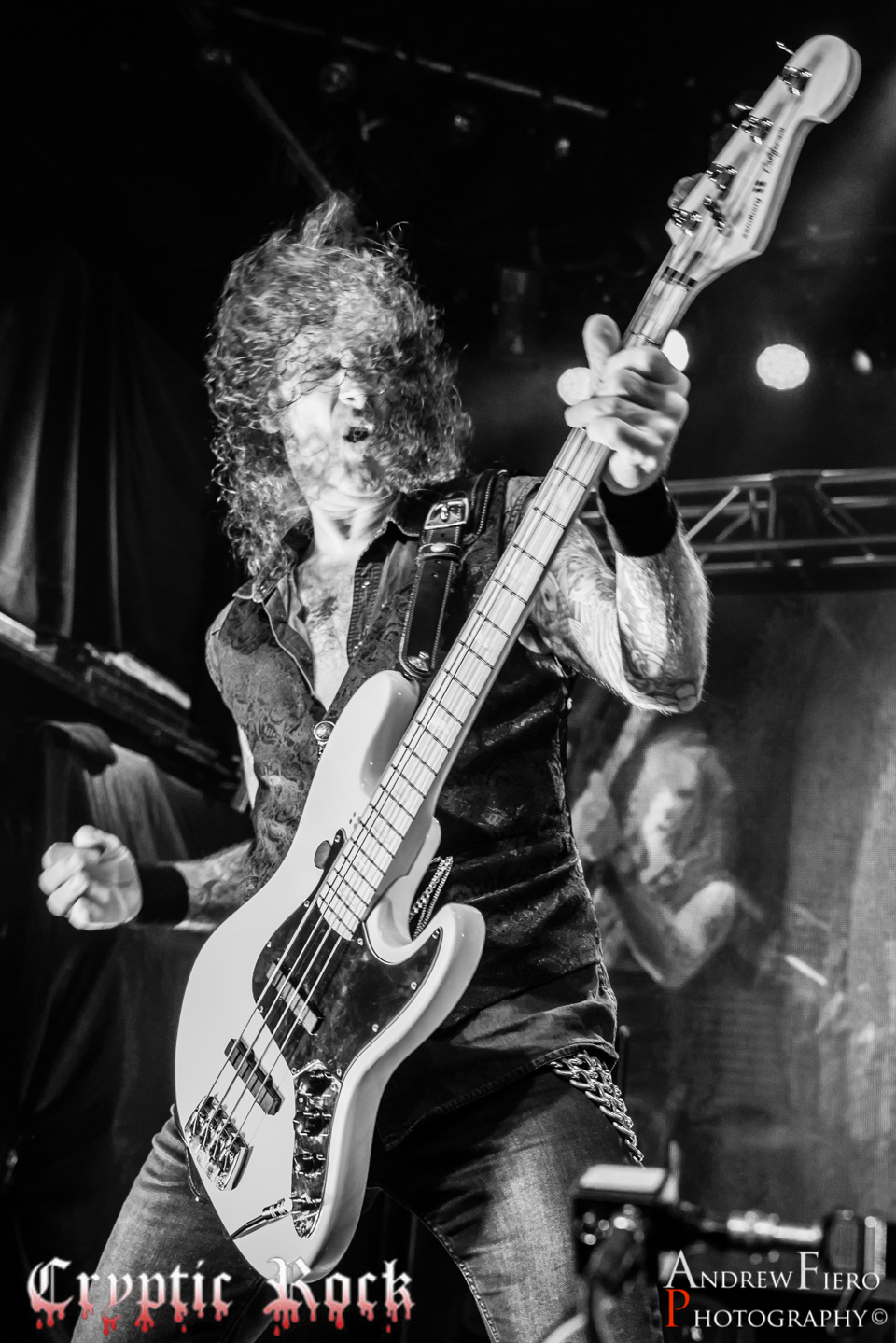 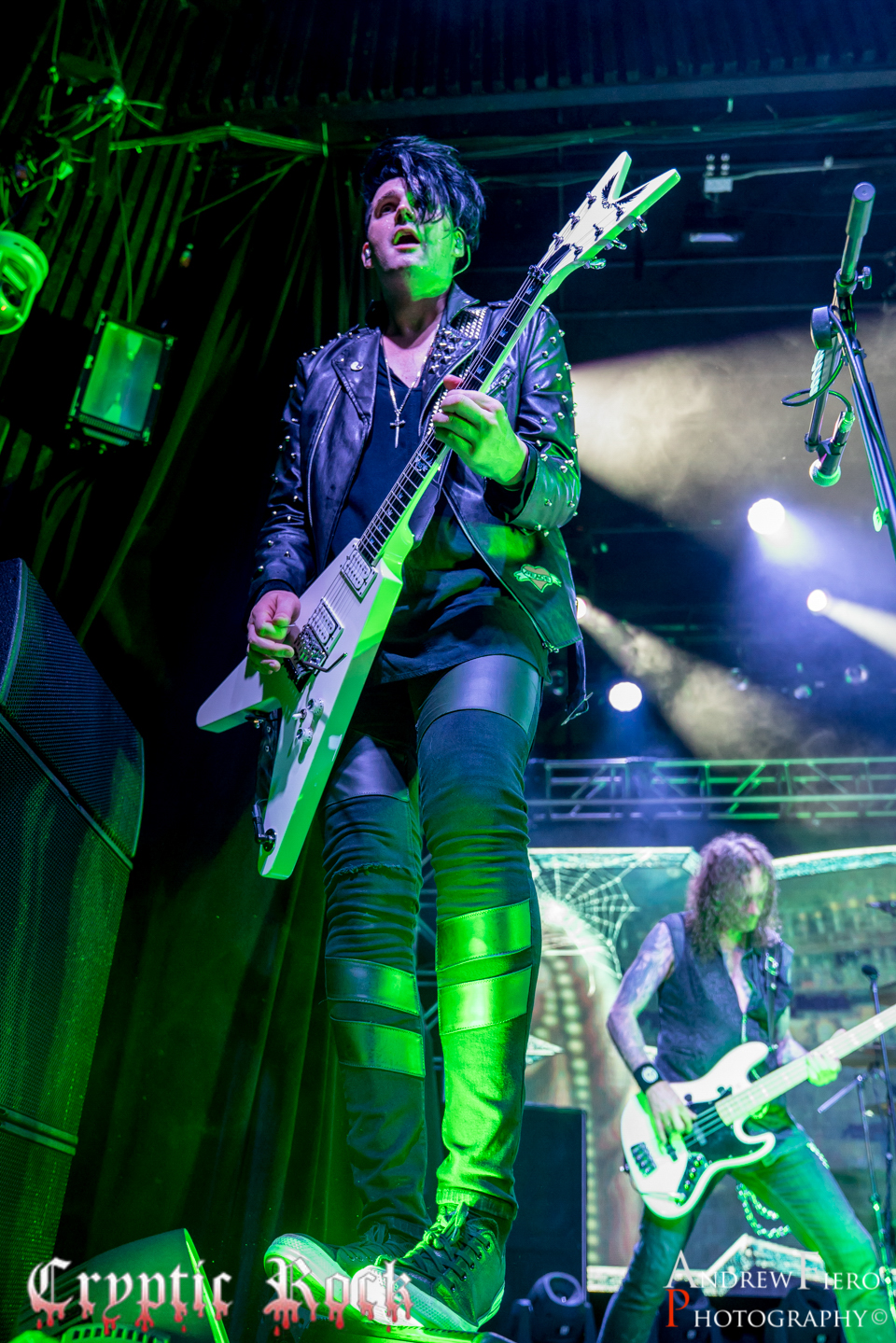 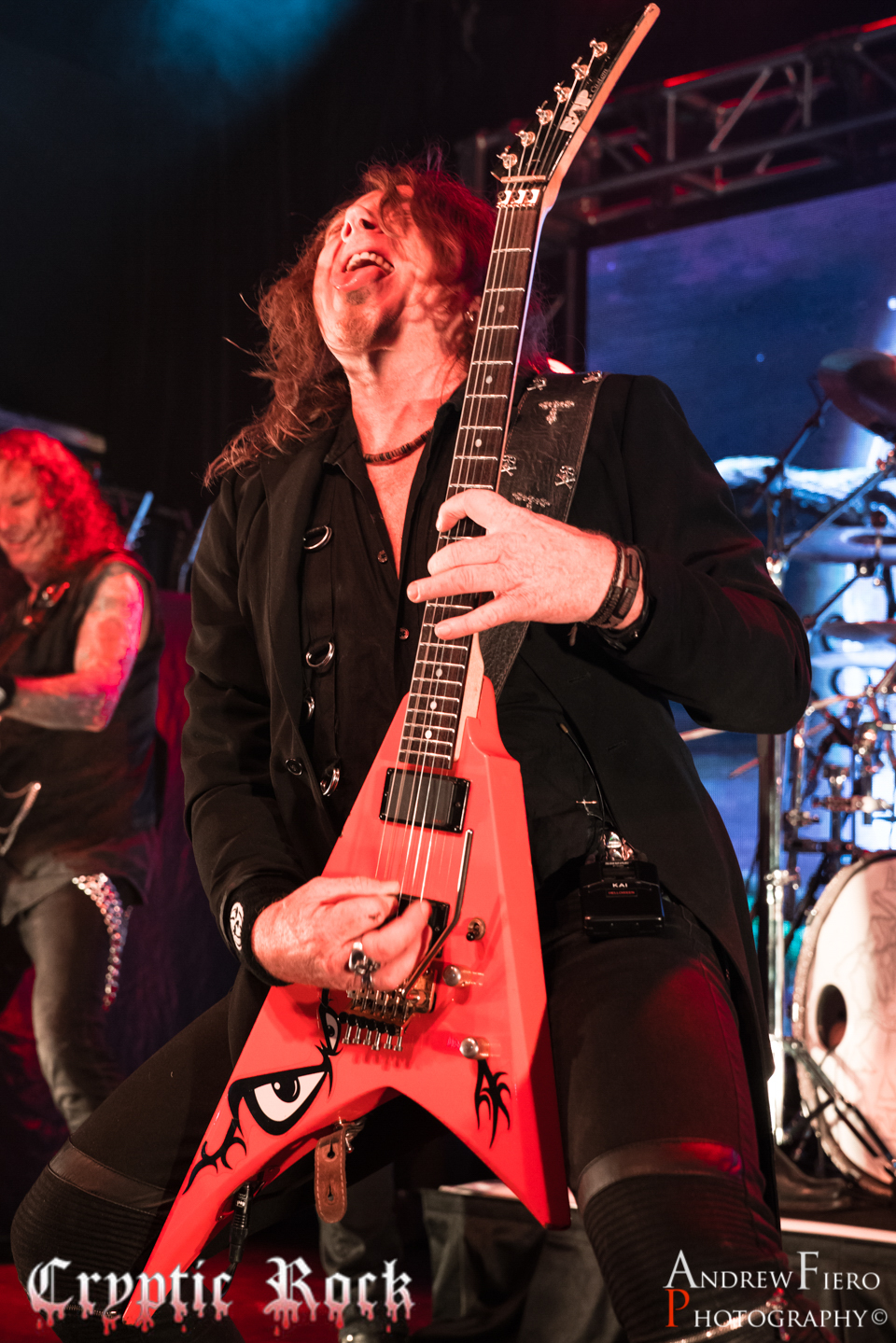 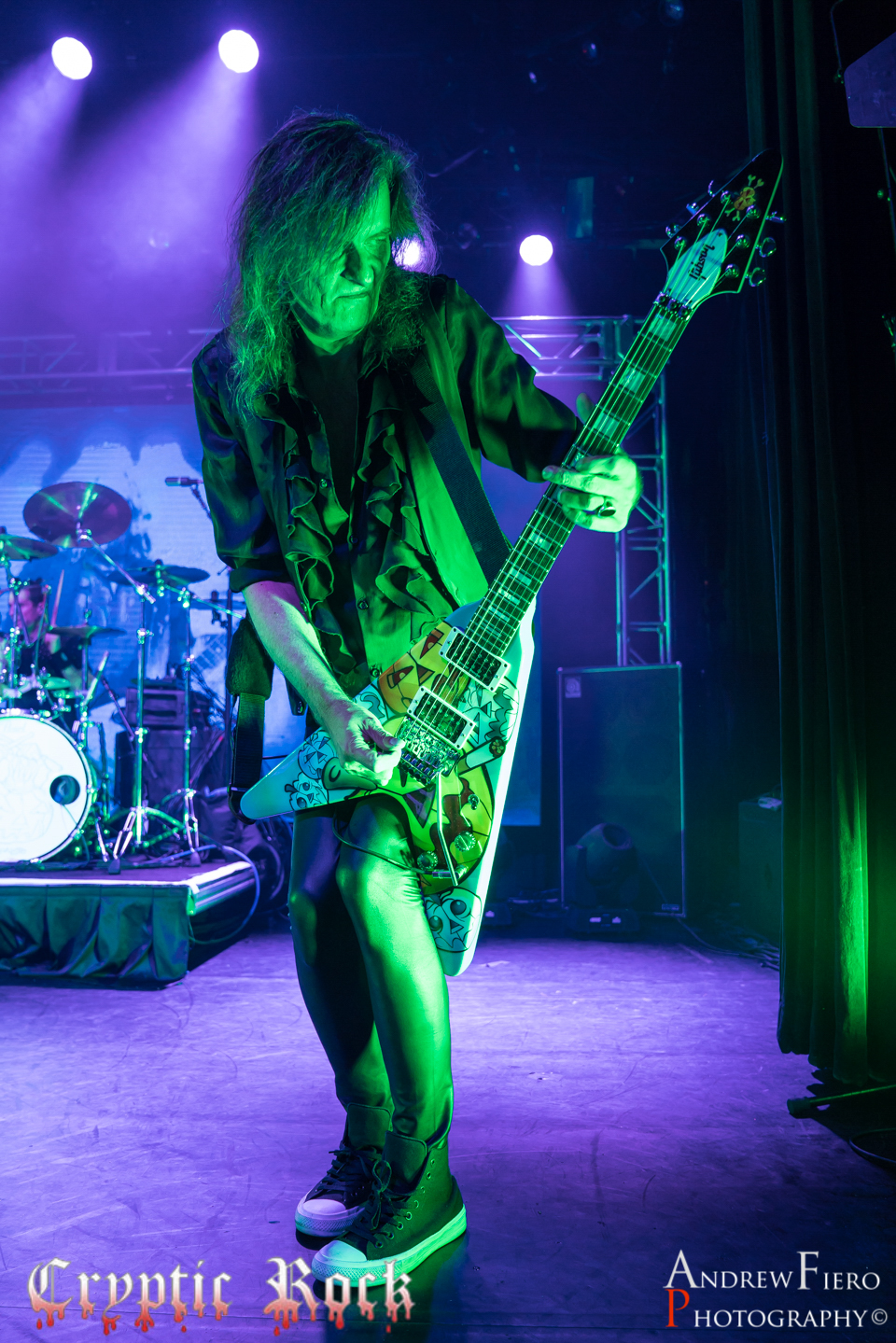 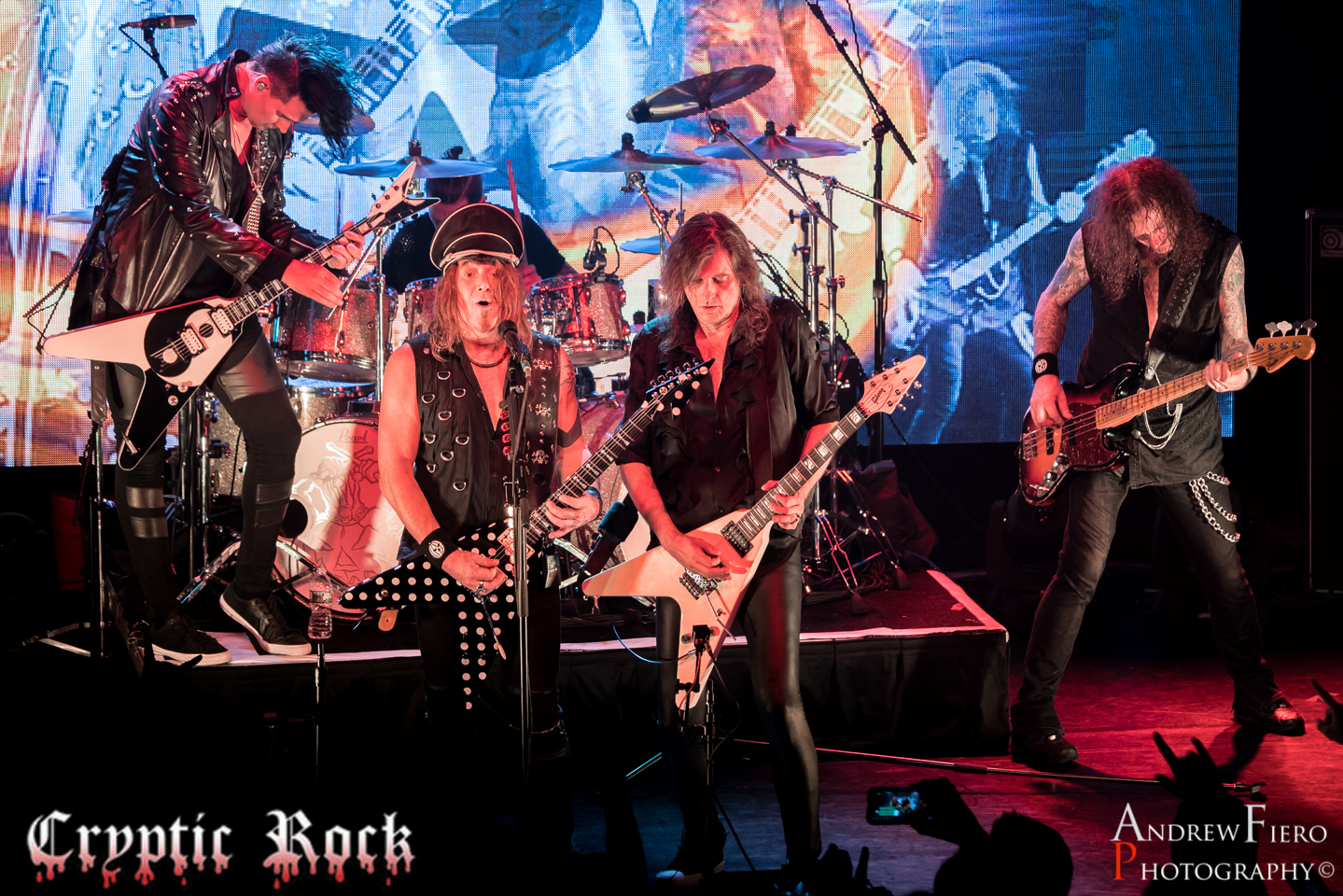 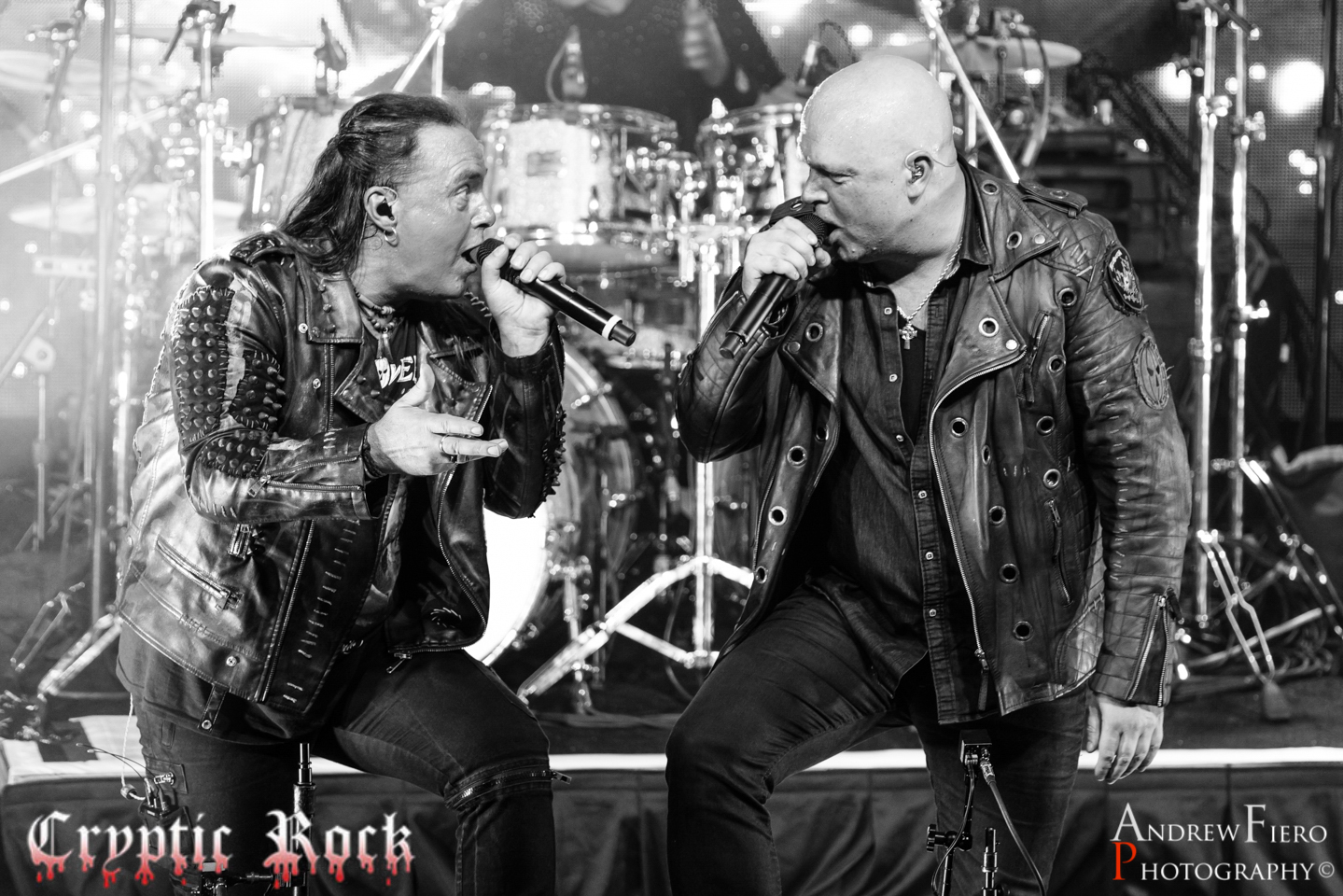 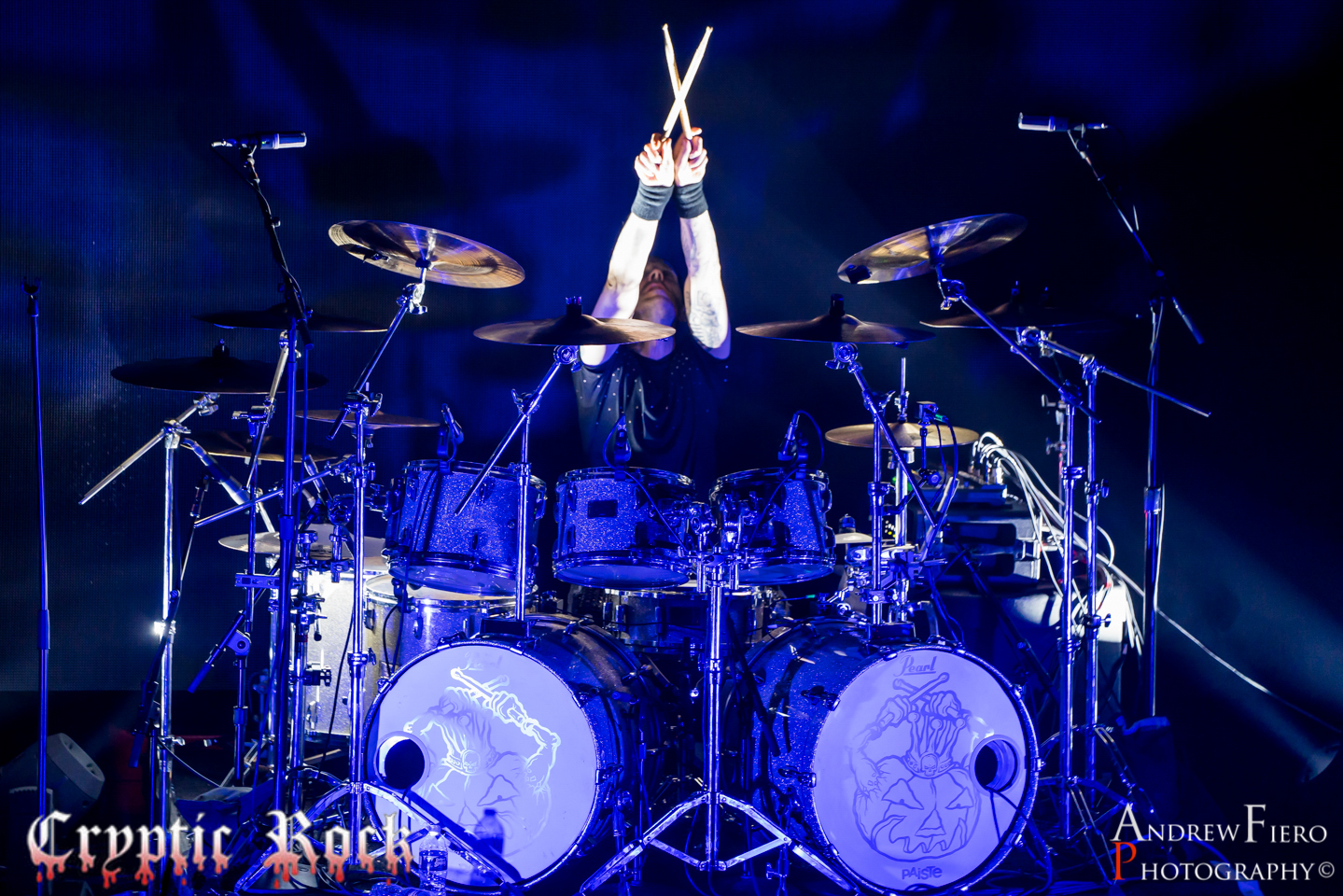 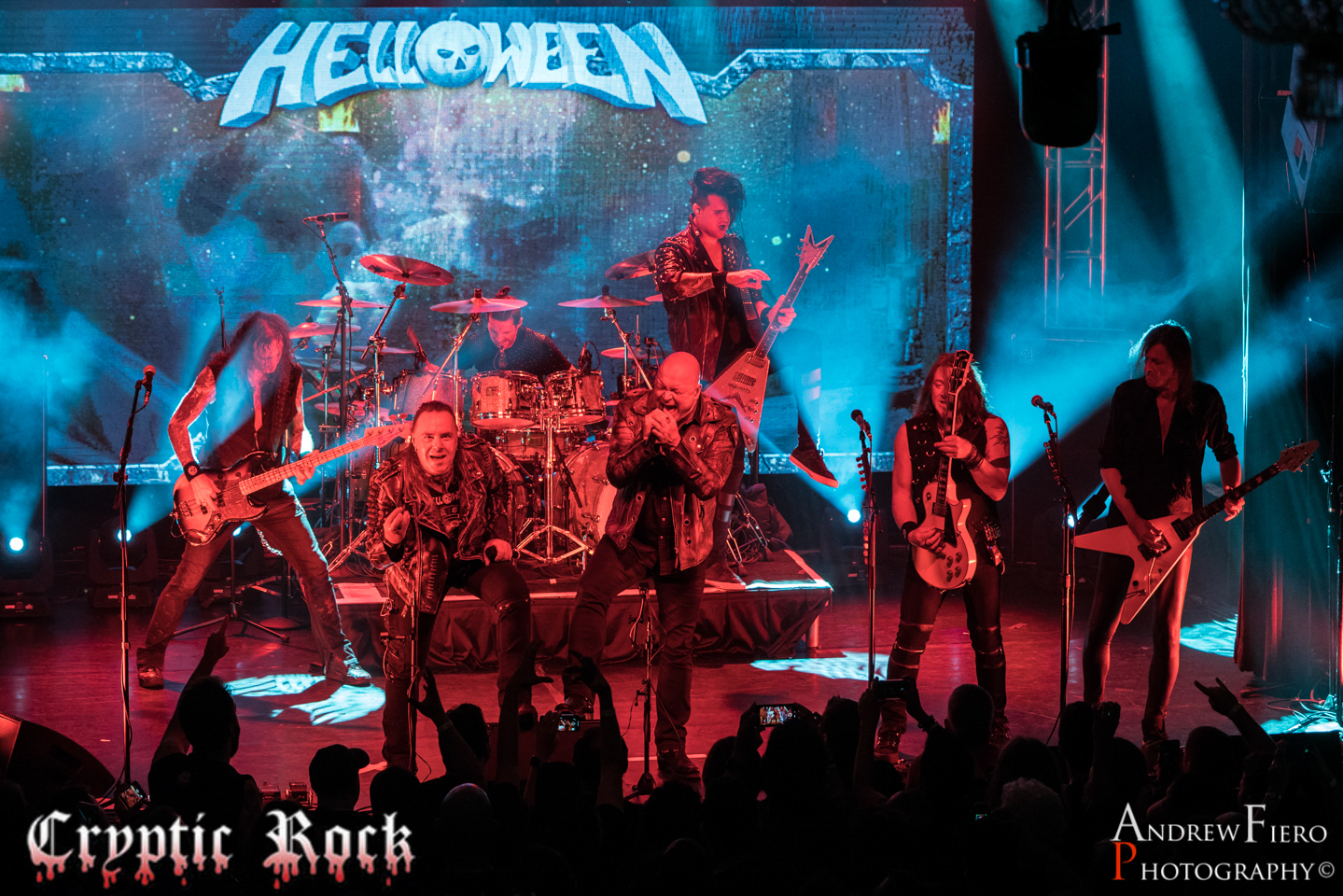