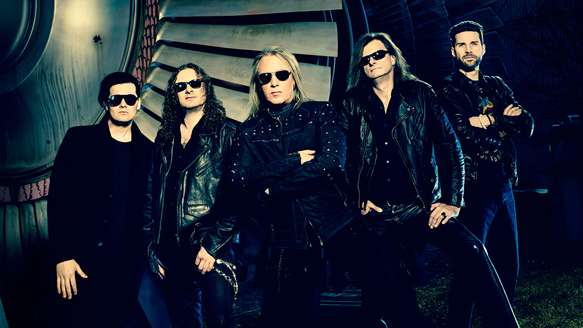 Three decades ago in Hamburg, Germany, the genre that is widely known as Power Metal was being solidified when a band named Helloween released the album Walls of Jericho in 1985. On the heels of their debut, with their speedy riffs, double bass drumming, high flying vocals, and epic song conceptualizing, Helloween’s 1987 and 1988’s Keeper Of The Seven Keys I and II quickly sured up the band’s place among the Godfathers of the scene. Like many bands that stick around for as long as Helloween, they have had to survive their share of setbacks. One such setback included numerous lineup changes involving key elements of the group, most notably the departures of guitarist Kai Hansen in 1989 and vocalist Michael Kiske in 1993 following the commercial failure of Chameleon.

The  uptick  for Helloween happened in 1994 when former Pink Cream 69 vocalist Andri Deris stepped in to fill the vacant spot left by Kiske. With Deris behind the mic, the band released Master Of The Rings in 1994 which signaled a return to form for the band and was well-received by the fans. They continued to build on this new momentum with the releases of Time of the Oath in 1996 and Better than Raw in 1998  before closing the millennium with The Dark Ride. Bringing in young guitarist Sascha Gerstner prior to 2003’s Rabbit Don’t Come Easy, Helloween continued to top charts with their brand of Metal well into the new millennium. Fast forward to 2015 and Helloween release their fifteenth studio album via Nuclear Blast entitled My God-Given Right, with what appears to be their most stable lineup including founding members Michael Weikath (guitars), Markus Grosskopf (bass), Deris, Gerstner, along with Daniel Löble (drums). Considered by the band as their “sixth member” behind the console for the seventh consecutive album is producer Charlie Bauerfeind.

My God-Given Right continues the band’s tradition of straight ahead, melodic Speed Metal as “Heroes” kicks off the album with a snarling riff. With uplifting lyrics of ordinary people believing they can doing extraordinary things, Deris’ delivery drives home the message in a strong fashion. Immediately following is the fist-pumping anthem of “Battles Won” where Deris belts out notes that will remind listeners of the Master Of The Rings over a decade ago.  Keeping with the rebellious theme of the album are tracks three and four, title track “My God-Given Right” and “Stay Crazy.” Both riddled with memorable riffs by Weikath and Gerstner, Deris’ voice remains the focal point of the composition’s power as the vocalist brings an intangible emotion to the words. Lightening the mood, the band bring on “Lost in America,” talking about life on the road and being bounced around the map like a pinball from place to place. Telling the story of a day in the life of Helloween traveling show to show, the track is catchy, fun, and could easily be seen having fans chanting along during one of their live shows.

With a catalog as extensive as Helloween’s, as well as being key players in the world of Heavy Metal so early in their career, can work against them, unfortunately, by having every new release held up against their early works. This is no exception. While the band has matured, this has not affected the nervous youthful energy from their youth; it is just been tempered by these seasoned Metal sentinels. Prime examples of such is the slower pace on “Russian Roulé;” a tune with a groove that is irresistible as Deris lures the listener into this dangerous game.  Then, mixing it up some, is the melancholy “Like Everybody Else” with mellow vocal harmonies, atmospheric tones, and introspective lyrics. The dynamics are fitting for midway through the album, but there are temporary lulls, and the tempo picks right back up with “Creatures In Heaven” that kicks into a solid Power Metal groove after an mood building introduction. With their signature guitarists blistering through the song, Löble’s drumming is another strong aspect as he lights up with speeding adrenalized sections of drums with ease. Then, “If God Loves Rock And Roll” continues on this new urgency and floats the theological query of; to Helloween, it is not a question of “If.”

“Living On The Edge” contains all the elements that Helloween has been known for since day one; crunchy riffs, rebellious lyrics with optimistic overtones, and a positive, upbeat sounding Metal chorus.  With more well-placed guitar solos, it is yet another song which will have Helloween fans howling for more. Near the end of the album, “Claws” dials up the chunk and speed considerably with some finger twisting riffs and runs. Possibly the heaviest song on the album, it comes before closing cut “You, Still Of War,”which is a sprawling epic.  With a slew of hills and valleys, it evokes the Progressive Rock leanings that Helloween has dabbled in throughout their thirty year career. Heavy, fast, and ultra melodic makes this track a fine sonic bookend as it clocks in at just over seven minutes.

My God-Given Right has all the elements of classic Helloween. It seems the band’s formula of going into the writing process without following a theme has worked magically over the last few albums. With free range to create as they please, each member of the band contribute equally to the process and have put together another uplifting record filled with melodic parts fans will want to listen to time and time again. CrypticRock gives My God-Given Right 4 out of 5 stars. 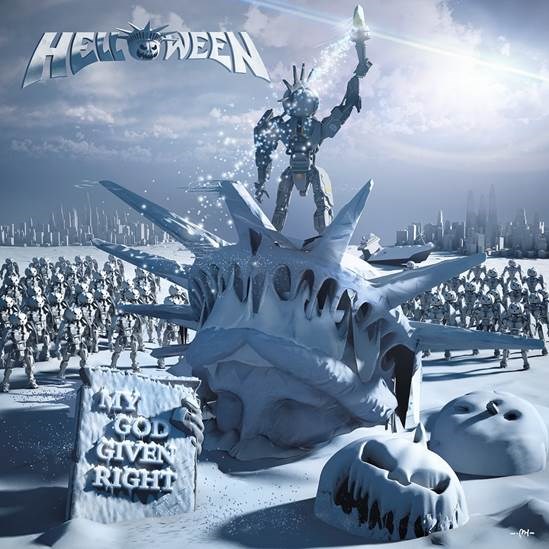