Helloween’s Keeper of the Seven Keys Part I Turns 30 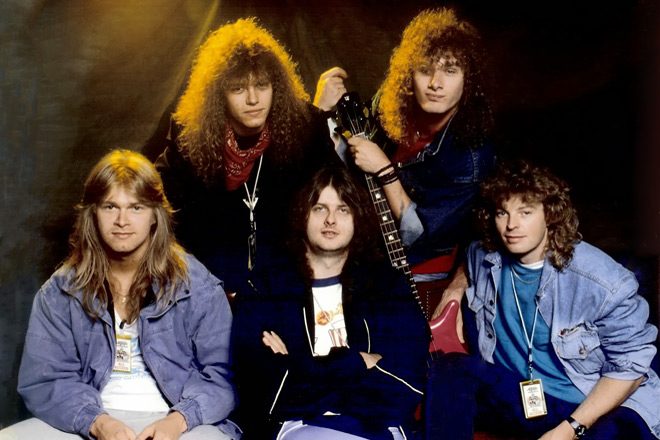 In the late ’80s, when Rock was king and Metal was more Prog than Nu, the concept album was the way to prove one’s worth. Something many bands excelled at during the decade, it signaled that they should be taken seriously. If you threw in some dragons, an epic quest, and some sexual innuendo, you were granted legendary status, thus it was for West German band Helloween with their second album, entitled Keeper of the Seven Keys Part I.

Coming together in 1984, Keeper of the Seven Keys Part I was a follow-up to their 1985 debut, Walls of Jericho, and their first to feature Michael Kiske on lead vocals. To many, the album was an important step for Helloween, crowning them pioneers of the Power Metal Genre, proving Metal could be melodic, heavy and heroic, thus why it is so important to look back on thirty years later.

Looking back into the history of Helloween, the band emerged from Hamburg at a time when the Berlin Wall still divided Germany, when British and American Metal dominated. Founded by Kai Hansen (vocals/guitar), Michael Weikath (guitar), Markus Grosskopf (bass), and Ingo Schwichtenberg (drums), it was a change in lineup that really kick started Helloween. Surrendering duties as frontman to play primarily guitar, Hansen handed vocal duties to 18 year old Michael Kiske. Freeing himself to be more creative, at the same time, Weikath found himself unable to perform fully due to an injury, so Hansen handled most of the guitar parts on the recordings of Keeper of the Seven Keys Part I.

Originally planned as a double album, Keeper of the Seven Keys Part I was released by Noise Records on May 23rd of 1987, months after the band spent the winter of 1986 into 1987 hard at work inside Horus Sound Studio in Hannover, Germany. In hindsight, many may wonder, why not a double album? Well, even for the ’80s, the idea of a double album release was still too radical at that time, so the label refused. That in mind, Keeper of the Seven Keys Part II followed in the summer of 1988, a span of time many fans would call the glory years. Justifying the argument it was an era when Rock and Metal made the charts and packed out stadiums, Helloween picked the perfect time to release the perfect concept album. Sadly, within a few years, Grunge was to sweep them aside, with lineup changes creating tension they would never again have the success those albums brought them, although Helloween remain leaders in the Heavy Metal community until this day!

When studying the original eight track, 2-sided LP release of Keeper of the Seven Keys Part I, it all begins via an “Initiation.” From here, it quickly breaks into the first proper song on the album, “I’m Alive,” upbeat and introducing the Frankenstein theme that runs through the albums, something that is even more evident in Part II. The drumming seems simple now compared to what we are used to now, but back then, the speed impressed with its machine gun style, which was still new to Metal fans’ ears. Very much designed to be listened to as a 2-sided LP, “A Little Time,” “Twilight Of The Gods,” and “A Tale That Wasn’t Right” finish up side one flawlessly.

Side two began with the single “Future World,” a song that is used to encourage crowd participation in the live shows. Released as a single back in April of 1987, much like all of Helloween’s artwork, the cover was compelling, featuring homage to the Comic Book anti-hero Judge Dredd. A signature in the history of Helloween, thirteen minutes of sublime entertainment, “Halloween” is the track that really caught people’s imagination. A killer live song, it was far from radio friendly, but in those days there were DJs who would play the longer tracks on their shows, with more freedom to play what they wanted, not just what was playlisted. In fact, Tommy Vance on BBC Radio One (UK) championed the album and helped propel them to success.

Bringing the album to a climax with a brief whisper, “Follow The Sign” is technically a ‘coming next’ teaser for the follow-up album, and while some fans may argue Keeper of the Seven Keys Part II dwarf Part I, the first chapter was the foundation that enabled that greatness to happen.

Subsequent albums such as 1991’s Pink Bubbles Go Ape and 1993’s Chameleon saw the band lose their way, but with the addition of Andi Deris as new vocalist in 1993, Helloween picked up their second wind releasing 1994’s Master of the Rings. Since then, the band continues to tour the world over, consistently releasing impressive album after album, last gifting fans 2015’s highly charted My God-Given Right. Even more exciting, in 2016, Kiske and Hansen rejoined for the Pumpkins United World Tour, and they are currently re-living these two albums live, though without Schwichtenberg on drums, who tragically committed suicide in 1995.

Thirty years later, Keeper of the Keys Part I stands the test of time. Although very much of its time, it still does not sound dated and that is why it is unquestionably a vital piece of Heavy Metal history. 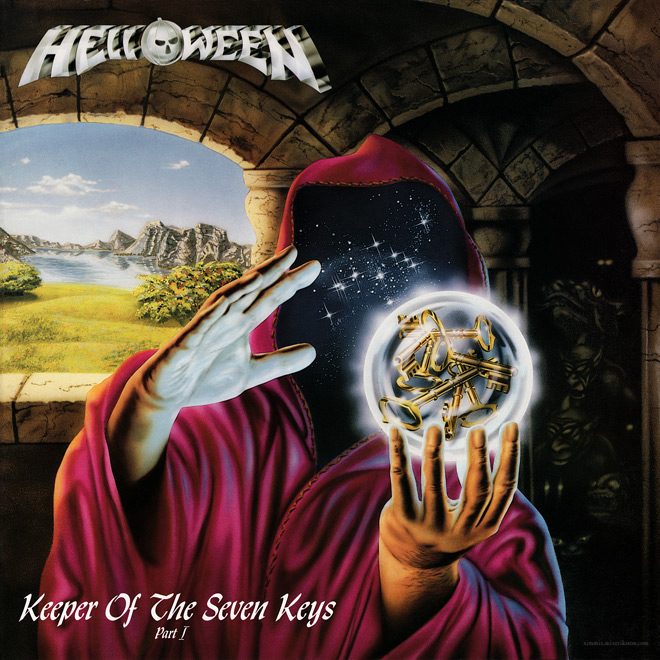 Purchase Keeper of the Seven Keys Part I: iTunes | Amazon