Pagan Metal, more often than not, hails from the European corner of the Earth. Perhaps due in part to their diverse old world cultures readily available to them, it is not to say American bands have nothing to offer the genre. That said, Helsott falls excellently into Pagan Metal realm regardless if they reside in Southern California.

Coming together seven years ago, Helsott’s appearance on 2013’s Paganfest Tour quickly gained them attention thanks to their original music laced with Folk, Melodic Death, Thrash, and Symphonic Metal stylings mixed with even some Classical variety. The basis of their works stem from Pagan music ideologies, and although they do also stay true to their American roots, one could easily mistake them for a European band, fitting the stigmata of other similar-minded bands well. Today’s members include Eric Dow on vocals, Mikey Muller on bass, David Walston on lead guitar, and Cooper Dustman on drums while there are also orchestrations and vocals done by outside session artists.

Four years since releasing debut album Woven, Helsott brings forth their latest EP, The Healer, due out Friday, April 28th, 2017 via M-Theory Audio; which has recently been launched by Marco Barbieri, the former president of Century Media Records. Handling the cover art, Felipe Machado Franco creates quite a breathtaking piece, with its focus image of a man wearing a bearskin hood throwing a bolt of his healing magic into the soul of a vulnerably posed nude female. The background images of the raven and an owl are strong representations of time, wisdom, power, and skill, all helping define the latest Heavy Metal task of Helsott.

Opening with the title-track, it is full of the raspy guttural vocals slightly typical of some other Melodic Death Metal bands, but taken to the style of Helsott through and through. The guitars fulfill all the desires of Classical and Death Metal styles and the cleanliness remains throughout all five songs. The second track, “Astralive” defines some of the more American qualities Helsott possess with the tough attitude and direct to the point riffs. It serves the album as a preparation into battle or the appetizer before the main course. That said, the wildness of “Tavern Tale” leaves no stones unturned as it entails some great catchy Folk riffs in a thrashy, yet melodic way.

Then comes “Unconscious Power,” which has a great dynamic of modern symphonic sounds mixed with the male and female vocals pushing onward to a prominently bold, catchy riff.  Of course, with The Healer’s end comes the “Epic Battle” track that actually does live up to its name thanks to the guitar solos and effects alone. While it may not be the best track on the album, it suits the purpose of a battle to the end of the road nonetheless.

The differences in style composition and key elements in just one very short and sweet EP set Helsott high above the average genre band, and they deserve the high praise for such a feat. As for an EP versus an LP, The Healer seems worthy at its five track length with an average of four minutes for the song durations. In addition, it has all the makings of an LP without the extra songs, so more power goes to Helsott for not adding filler to what is probably their best work to date.

The best part of The Healer is that if the listener desires more, they can just put the album on repeat since there are new secrets to discover within each listen. All this in mind, the future looks bright and paved in gold for Helsott. They will embark on a tour soon, and the live experience is one to remember, so it is advisable to refrain from being the last in line. Without further exploration, CrypticRock gives The Healer a 4.5 out of 5 stars. 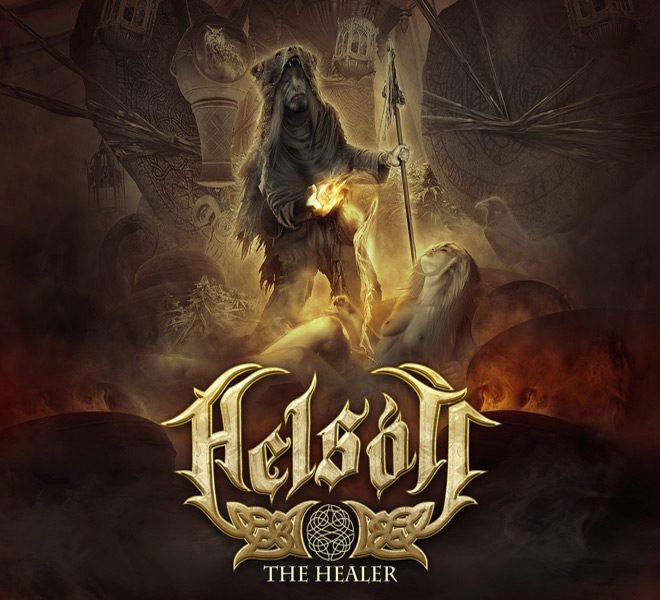