Hidden follows the story of a family, Ray (Skarsgård), Claire (Riseborough) and Zoe (Lind), who have been hiding in a bomb shelter for almost a year. From here, the audience watches them as they try to maintain a sense of normalcy by playing games, having family dinners, and trying to be optimistic that things will get better. They also agree to follow four specific rules: 1. Never be loud, 2. Never lose control, 3. Never open the door, and 4. Never talk about the “breathers.”

At first glance, the audience is unaware as to why they are held up inside this underground bunker or who exactly these “breathers” are. It is later discovered about their situation after a lantern falls over and sets the table on fire. The fire causes smoke to leave the bunker through the ventilation grate, and that is when we uncover that they are in fear that their location might be found. Viewers begin to see flashbacks where people were fleeing their town as the government advised them that a viral outbreak was taking over and would change the people that were infected.

The next morning after the fire, Ray uses a homemade periscope device to look outside to ensure all the smoke has evaporated. Once the outside world is shown, we find that the entire town they were residing in is now in complete devastation. All the buildings have been demolished and there appears to be no life present. After they go back inside, they hear loud footsteps above them. As they try to remain silent, Zoe’s doll begins to go off and their location has now been discovered. They can hear the “breathers” waiting at the entrance of the shelter. More flashbacks continue to show us that the family tried leaving town the day of the outbreak but they were directed to go home and stay put. Shortly after the government instructed them to return home, they saw planes begin dropping bombs all across their city.

At this point the family ran towards the underground shelter and this is where they remained until today. Returning their audience to the current time frame, the “breathers” have now broken into the shelter and are there to capture the family. It is here everything comes to gather and the audience are able to see the breathers, but are still unsure as to who they are. They breathe heavily and appear to have glowing eyes, but they remain enveloped in the darkness. The family must now try to escape their grasp and find a way to survive.

Hidden is the type of film that comes at its audience from all angles. Featuring a strong cast of actors, the film is a refreshing story with sincere suspense. Above all, Hidden leaves its audience with an ingenious plot twist that no one will ever see coming. CrypticRock gives Hidden 4 out of 5 stars. 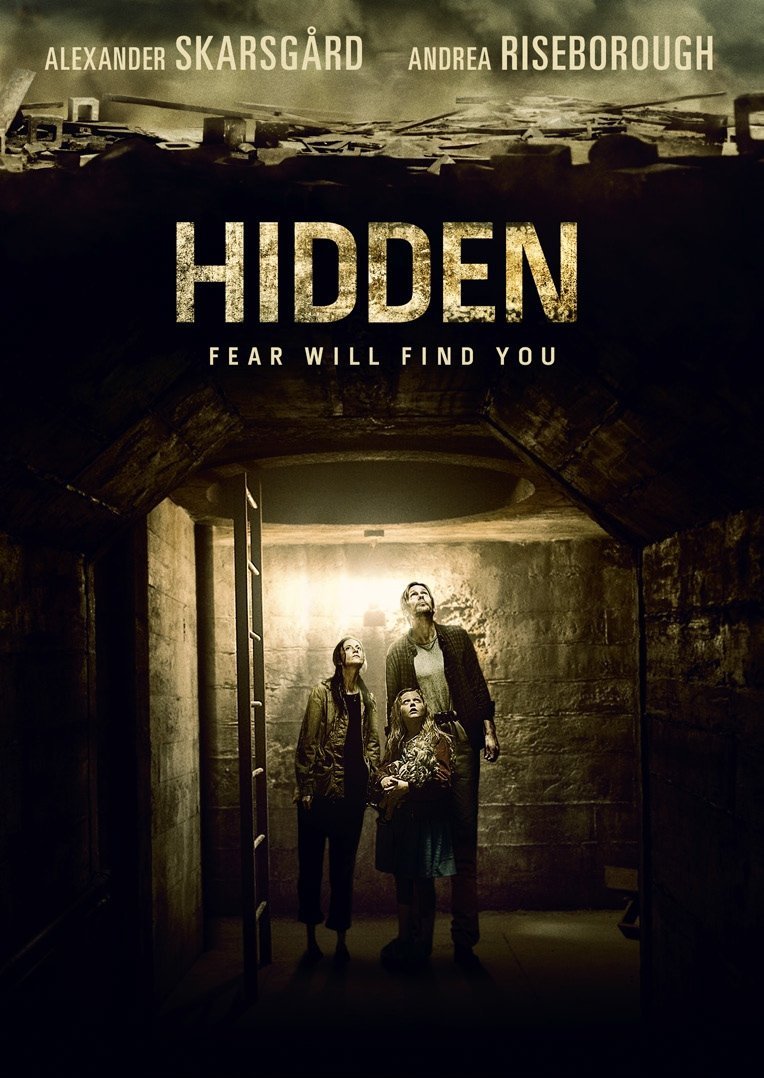 Purchase Hidden on DVD on Amazon