Few could argue that prolific actor Robert De Niro has attained a stellar movie career, crossing a number of genres. From a gangster in The Godfather Part II (1974), to Romantic Comedy in Silver Linings Playbook (2012), and even Comedy Meet the Parents (2000), De Niro has done it all. Amongst his perhaps lesser known works is the Psychological Thriller Hide and Seek. The film also starred Dakota Fanning (Charlotte’s Web 2006, The Twilight Saga 2009-2012), a child actor at the time who now has an equally successful adult career, alongside veteran actresses, Amy Irving (Carrie 1976, Yenta 1983), Elisabeth Shue (Cocktail 1988, CSI: Crime Scene Investigation series), and Famke Janssen (X-Men Film Series 2000-2015, Taken series). Released by Twentieth Century Fox Film, a decade ago on 28th of January 2005, Hide and Seek became a huge box office success.

Written by Ari Schlossberg (Lucky 13 2005, Harper’s Island 2009) and directed by Actor/Director John Polson (Without a Trace series Elementary series), Hide and Seek was filmed in 257 Central Park West, New York City, New York. The edgy cinematography by Dariusz Wolski (Pirates of the Caribbean: The Curse of the Black Pearl 2003, Pirates of the Caribbean: Dead Man’s Chest 2006), is complemented by the eerie musical score by John Ottman (Jack the Giant Slayer 2013, Non-Stop 2014). Both Wolski and Ottman have gained vast experience with Thriller films, and it shines through this one prominently.

Following the death of his wife (Irving), Psychologist Dr. David Callaway (De Niro) leaves New York with his nine year old daughter Emily (Fanning). They move to a quiet Upstate New York town where David hopes they will be able to find a fresh start. Emily seems to display some psychological effects from her mother’s death, which David hopes will settle with the move. However, Emily’s behaviour escalates and she develops an imaginary friend named Charlie. Charlie’s appearance acts as a catalyst for some unusual and disturbing events that begin to take place around Emily and David. 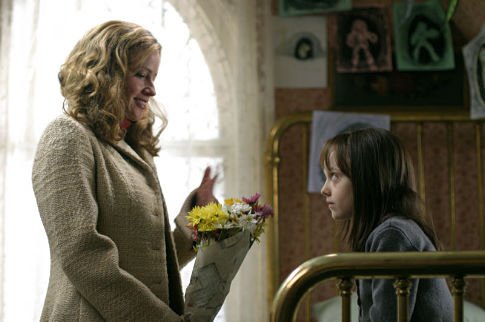 David is further troubled by his own nightmares, and struggles to deal with the aftermath of his wife’s death. Emily’s emotional issues add to David’s stress and anxiety. However despite their problems, the father and daughter meet their neighbors, Laura (Melissa Leo: Prisoners 2013, Oblivion 2013) and Stephen (Robert John Burke: Limitless 2011, Law & Order: Special Victims Unit series). Over time, the new friendship becomes strained, and these neighbors seem to have their own dark secrets. David finds himself isolated until he receives a visit from family friend and colleague Dr. Katherine Carson (Janssen). Carson discovers much more than she expected, but becomes unable to help either David or Emily.

When Emily meets Elizabeth (Shue) and her niece Amy, they introduce Emily to the game of Hide & Seek, and things seem to turn around. For a short time ,Emily settles in, but even the new friendship cannot stop the forthcoming fated turn of events. Charlie will not disappear, and worse still, seems intent on causing as much strife and chaos for Emily and David as possible. David must use all his knowledge and skills to find out what the hell is going on in his home, and with his daughter, but the past is coming back to haunt him. When things take a deadly turn, David’s tight grasp on his world begins to unravel. What will that mean for Emily and David, and all those around them?

With plenty of twists and turns, and a hell of a surprise ending, Hide and Seek is a fast-paced film that keeps the viewer on the edge of their seats from beginning to end. A tight story line is complemented by in-depth character development, and the right amount of backstory in the right places. The strange events are enough to tease viewers, offering insight into what is going on, but then turning that on its head. Interestingly enough the film had a total of five different endings, that all offered alternatives, four of which were included in the DVD version. An International version and a domestic version (US), were released by 20th Century Fox, again with different endings. 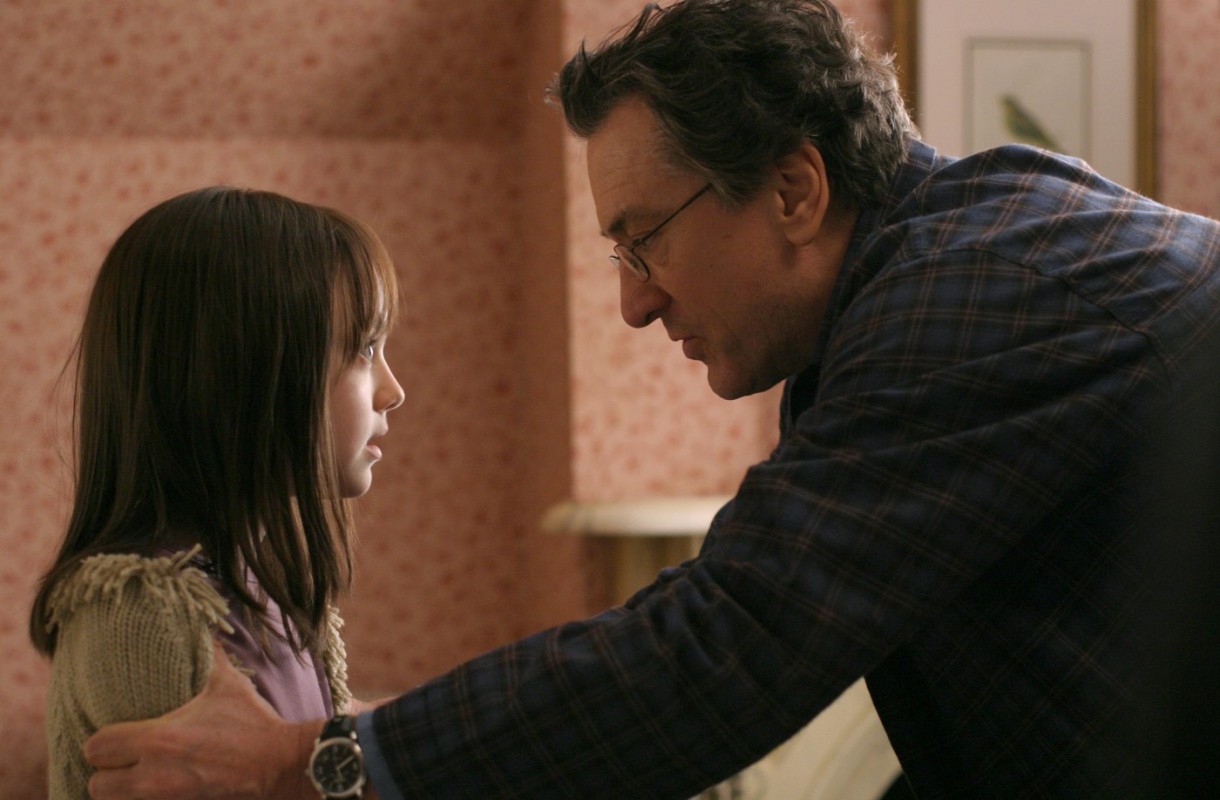 Commercially, the film was a success and exceeded its twenty-five million budget, taking approximately $122,650,962 worldwide. While the film did received some poor reviews, there was no denying that the fans love it, and it continued to win awards. Schlossberg successfully provides a unique perspective take on a concept that has been used many times. Polson was so committed to making this film that he missed attending Tropfest, a short film festival created by him, for the first time ever, to maintain his commitments to Hide and Seek. His dedication paid off and since the film’s release, Polson has gone on to have a successful television career, and the cast have continued success, perhaps most poignantly Fanning.

It has been suggested that the story has an underlying theme of mind control, in particularly, a system of same named Monarch Programming. Various parts of the dialogue, and symbolism in the film, hints at this system and its affect on children. Children are subjected to an incredible trauma, one so horrific it forces them to disassociate from reality, and often forming their own. The controller is able to manipulate that altered reality to their benefit. With this in mind, the often criticized ending makes a lot more sense, and the film is worth re-watching with this concept in mind. With that said, ten years after its debut, Hide and Seek continues to gain a fanbase, so dig in and prepared to revisit or rediscover a lost gem of the modern era. 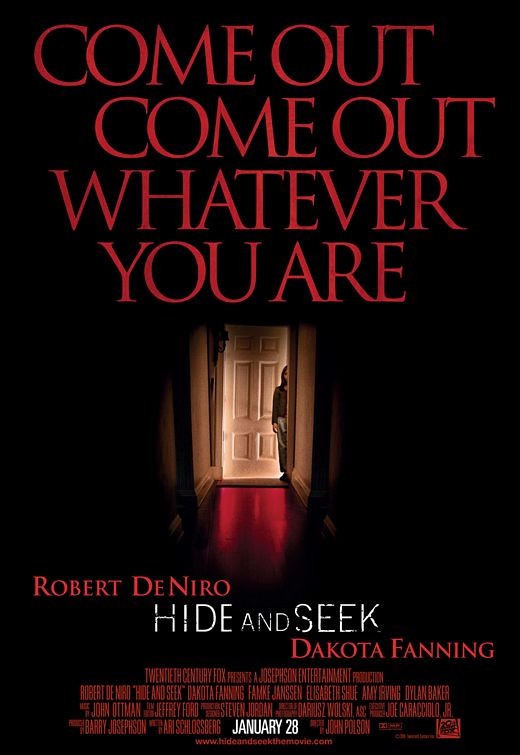 Purchase Hide and Seek on Blu-ray/DVD on Amazon