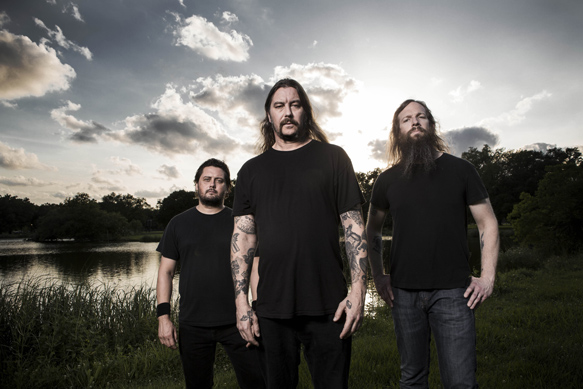 One would be hard-pressed to find a Doom Metal or Stoner Metal fan who has not heard of Sleep. This Californian trio, consisting of Matt Pike on guitar, Al Cisneros on bass and vocals and Chris Haikus on drums formed in San José in 1990 and has put out two of the biggest records in the Stoner Metal genre, one of which is considered legendary in Doom Metal circles. After a well-received debut, Volume One, in 1991 and follow-up EP, Volume Two, in 1992, Sleep went on to record the seminal Stoner Rock album, Sleep’s Holy Mountain, also in 1992, which made waves in the emerging Stoner Metal scene. The group then set out to record their most ambitious release: Dopesmoker. Disagreements with their label, London Records, led to the album being put on hold until it was release in four separate forms by four separate labels, with one being under the name Jerusalem in 1999. Following its release, Haikus and Cisneros went on to form the Stoner Rock/Drone band Om, while Pike, who also assumed vocal duties, formed Stoner Sludge act High on Fire in year 2000. The group consistently releases quality albums, some of which have became Stoner Metal classics, such as Surrounded by Thieves (2002) and Snakes for the Divine (2010). Officially released June 16, 2015, High on Fire debuted their newest work, Luminiferous, a Converge guitarist Kurt Ballou-produced, complex, evolved piece of Sludge.

Consisting of bassist Jeff Matz and drummer Des Kensel in addition to Pike’s guitar and vocal work, High on Fire unleashed a barbarous album this year. Luminiferous takes the group’s classic Sludgy sound and throws additional elements of other Extreme Metal subgenres into the equation. Ballou, High on Fire’s producer since their 2012 release De Vermis Mysteriis, cleaned up the mix considerably. The guitars on Luminiferous, although still fuzzy, are no longer the focal point of their work. This record is a matured, complex composition. The opening track, “The Black Plot,” shows that High on Fire is back with a vengeance. With some traces of Death Metal here and there, this song features a consistent double bass and d-beat patterns from Kensel, along with Pike’s trademark, hellishly jaded, pot-smoking Blues solos. Pike goes on to showcase his experienced guitar work with “The Sunless Years,” which ruggedly sports lyrics regarding dropping acid, conspiracy, and time travel.

The array of moods presented on the album is one of Luminiferous’ most compelling aspects. For instance, “Carcosa” is a mid-tempo Stoner Rock dirge with massive, unforgiving tones, while “Slave the Hive” is a fuzzy Sludge track that thrashes and wails its way through its four and a half minute duration. The major and melodic track, “The Falconist,” seems to be High on Fire’s Mastodon-ian take on an Alternative Rock song. This mood takes a sharp U-Turn upon its completion. The following two songs, “The Dark Side of the Compass” and “The Cave,” are easily the moodiest songs on the album. The hook on “The Dark Side of the Compass” coats the morbid waltz the guitars and drums make beneath it. “The Cave” explores mood in a unique way for High on Fire. Clean bass, guitars, and vocals pervade the majority of the track, giving the song a psychedelic air akin to Monster Magnet.

High on Fire come through with their most melodic album to date, providing no shortage of hooks or memorable guitar work. With Luminiferous Pike and company have released a unique record in their catalogue, and a fantastic 2015 Metal release. CrypticRock gives Luminiferous 4.5 out of 5 stars. 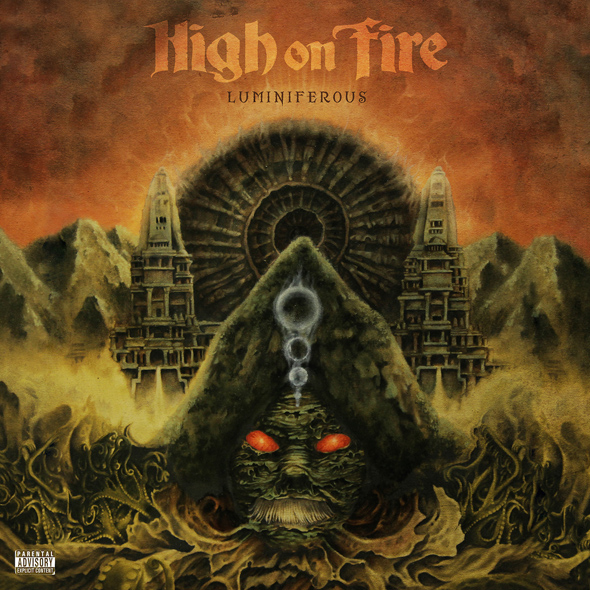 Buckcherry – Hellbound (Album Review)
Like the in-depth, diverse coverage of Cryptic Rock? Help us in support to keep the magazine going strong for years to come with a small donation.