The Hills Have Eyes – A Horror Masterpiece 40 Years Later

Forty years ago, Writer and Filmmaker Wes Craven set out five years after his directorial debut House On The Left to tell one of the most horrific and grotesque stories to ever grace a movie screen. Similarly based on the story of Sawney Bean, Craven’s original script, entitled Blood Relations: The Sun War, became the 1977 Horror masterpiece film known to all as The Hills Have Eyes. 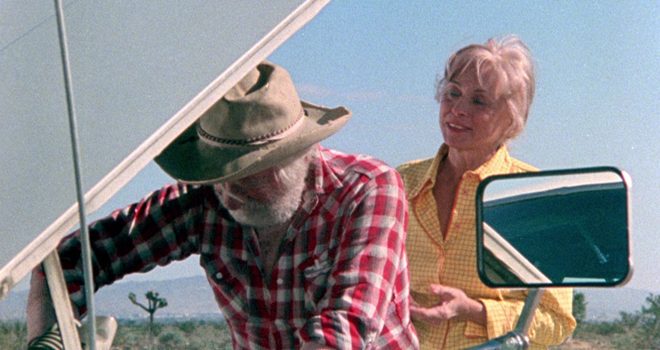 Initially given an X-rating by the MPAA due to its graphic violences, for an R-rating, the film was cut and released in theaters on Friday, July 22nd of 1977. A dark tale, it tells the story of a family traveling to California, who meet the unfortunate fate of having their car breakdown in a secluded desert area inhabited by bloodthirsty cannibals. Always known for his creative intuition when it came to Horror, Craven always challenged his viewers with audacious visions of what it meant to truly terrify an audience. The Hills Have Eyes was no different, putting viewers into a rather uncomfortable space of incestuous mountain cannibals with a thirst to kill, which still resonates 40 years after its initial release.

Unlike the film counterpart, Blood Relations took place in a forest, not a desert, the cannibals being children and not adults, and the baby being used for food not a perverted ritual. Despite Craven’s creative licensing decisions, Craven still managed to deliver an hour and thirty minute long Horror classic that has stood the test of time as one of the greatest exploitation Horror films to date.

Craven’s original film even spawned the sequel The Hills Have Eyes Part II in 1984. While he did in fact direct the sequel, Craven actually highly disliked it, and later all but disowned it. That said, when the legacy of The Hills  Have Eyes II was resurrected in 2007, when Director Martin Weisz came in to direct, Craven was all but too happy for another chance to produce and write the script for it with his son Jonathan Craven. 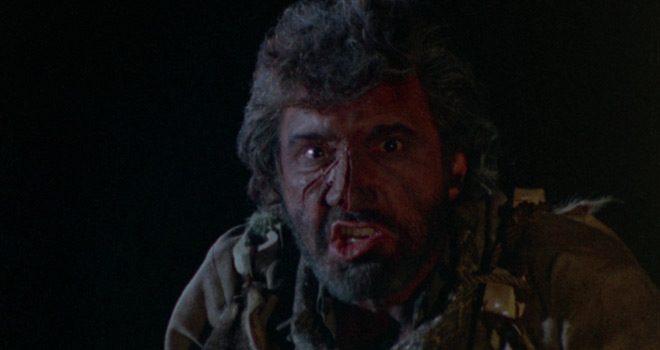 As mentioned, and according to Craven, the original version of The Hills Have Eyes was in fact given an X-rating due to the extreme graphic content of the film. As a result, some of the scenes had to be removed or toned down for a theatrical R-rated release in the midsummer of 1977.

Some of the scenes noted by Craven as removed were Fred (John Steadman: The Longest Yard 1974, Cheech & Chong’s Next Movie 1980) beating Juniper (James Whitworth: Fandango 1970, Terminal Island 1973) to death, Mars (Lance Gordon: Amy 1981, Independence Day 1983) and Pluto (Michael Berryman: Weird Science 1985, The Lords of Salem 2012) kidnapping the baby, and Juniper eating Big Bob’s (Russ Grieve: Gilligan’s Island series, Dogs 1976) arm and fingering his eye. Last but not least, in Craven fashion, a scene with Doug (Martin Spear: Coma 1978, Big Man on Campus 1989) stabbing Mars was cut from the film, but was secretly snuck back into the theatrical release of the film. Guess it goes to show if a scene is really that good, and it was, stick with your first mind.

Sadly, the other scenes were unfortunately deleted and will most likely never be seen again, but other DVD versions have managed to release at least an alternate ending of what the film could have been had it ended differently.

All this said, what still makes The Hills Have Eyes so impressive, even to today’s standard, is the hair-raising atmosphere of the film. Successfully pulled off, there seems to be no limits to the chilling brutal nature of the cannibals and the havoc they wreak onto the family. The desert also lends itself to an unnerving nature, as it is just this family surrounded by this derelict and barren landscape. To think that such violent acts could have taken place in such a remote location is something that adds to the bone-chilling and deceptively real concept of an already sinister film. 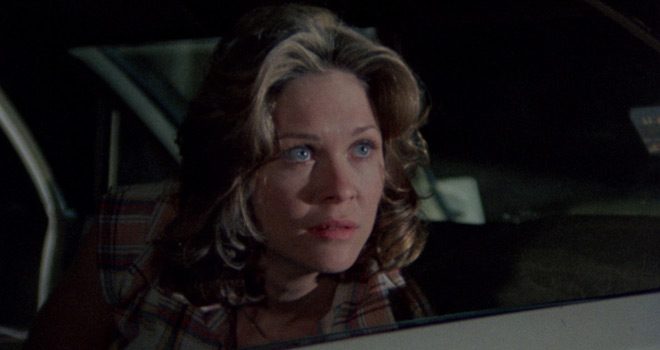 With a respectable cast, but those of which were mostly unknown, it would become a career launching pad for Dee Wallace. Going on to star in countless films, including her iconic role in 1982’s E.T. the Extra-Terrestrial, Wallace has fond memories of her time on the set of The Hills Have Eyes, telling CrypticRock, “What a crazy ride and foreshadowing of an awesome scream queen career! Loved every minute in that desert!”

In addition, cast members such as Michael Berryman would become a fixture in Horror/Sci-Fi related films, and still works heavily to this day. At the time though, as stated, this was mostly a cast of unknowns, and this made The Hills Have Eyes frighteningly believable to an audience and it most likely served for the story to be the main focus and not the characters themselves.

Another great touch was its abrupt ending after an unrelenting horrific roller-coaster ride of a film. Adding to the already raw and visceral quality that Craven seemed to want to make apparent throughout the duration of the film, it appears it was intended to make the audience feel uncomfortable and terrified. One can attest to the fact that Craven successfully accomplished this, and all these years later still leaves most people disconcerted long after the film has already ended. 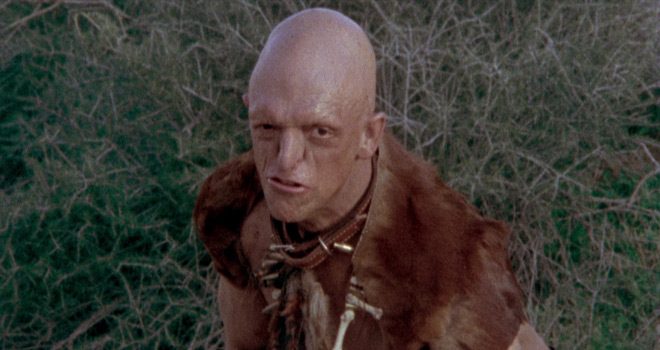 Even though Craven sadly passed in 2015, he left behind in his legacy one of the best Horror exploitation films in the late ’70s, which later laid out the groundwork for other critically acclaimed Horror darlings such as 1984’s A Nightmare On Elm Street, 1994’s New Nightmare, and later on, 1996’s Scream. Though some may want to disagree, what can be said is The Hills Have Eyes certainly takes the audience into this overwhelming, brutal, raw, horrific world in which no one wants to be a part of, but nonetheless cannot look away from it.

Essentially, The Hills Have Eyes is a film that will continue to awe and inspire Horror fans, aspiring writers, and filmmakers for a long time. For that, the cinema world owes Wes Craven a thank you for leaving behind a masterpiece that is still as spine-tingling and squeamish as it was 40 years earlier. 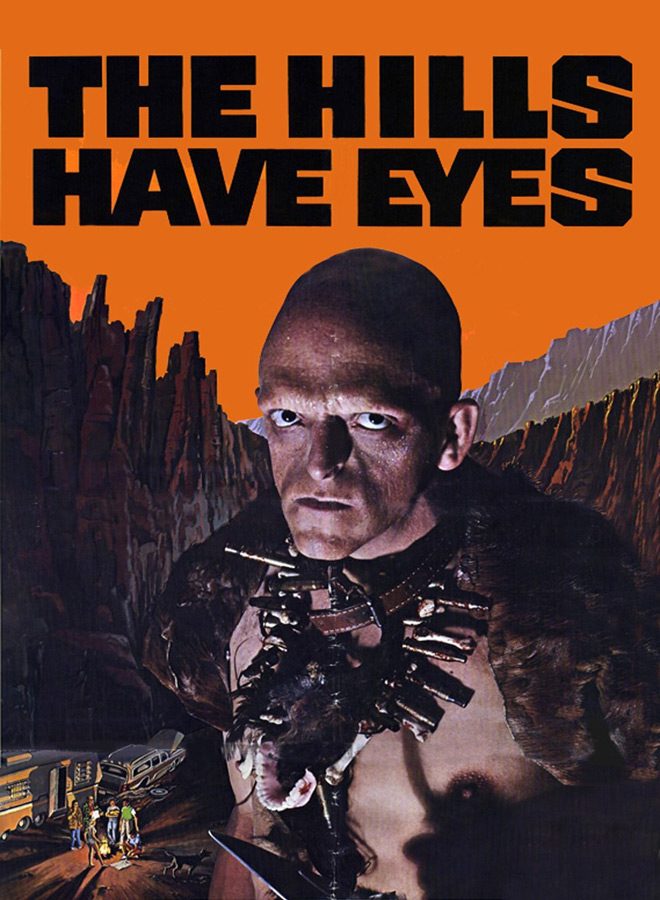