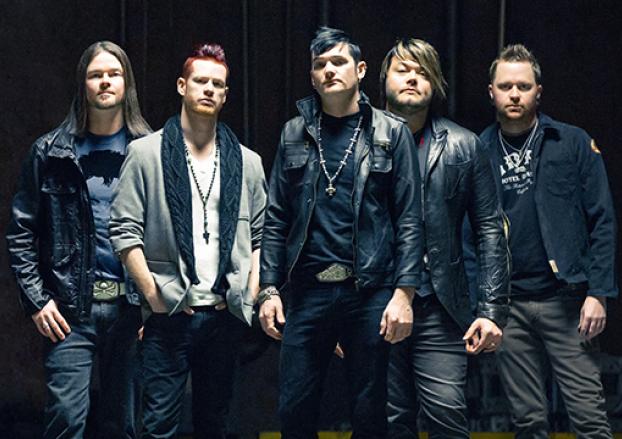 Oklahoma-based American Rock band Hinder has been blowing listeners’ mind for over a decade now. Debuting to the mainstream in 2005 with the major label, full-length album Extreme Behavior. Going on to triple-platinum status, in part to the singles “Get Stoned,” “Lips of an Angel,” “How Long,” and “Better Than Me,” the certification was the band’s first accolade. Continuing on, Hinder would drop one chart-topping record after another, including 2008’s Take It To The Limit, 2010’s All American Nightmare, and 2012’s Welcome to the Freakshow.

Then, unforeseen to fans, Vocalist Austin Winkler checked into rehab, leaving the future of Hinder uncertain. Persevering, they tapped into Saving Abel’s vocalist, Jared Weeks, to tour, but it became more evident that Hinder would need to move on without Winkler. Thankfully, Cody Hanson (drums), Joe “Blower” Garvey (lead guitar, backing vocals), Mark King (rhythm guitar, backing vocals), and Mike Rodden (bass guitar) called on their producer, as well as friend, Marshal Dutton to come on full-time as vocalist. A decision that made the perfect sense, seeing Dutton had prior experience with Faktion, they joined together to wow audiences with their 2015 comeback record, When the Smoke Clears. Once again topping charts, Hinder was back, and now in 2016, they roll on with a brand new EP, entitled Stripped. Something different, Stripped is an acoustic offering released on May 17th via The End Records. Produced by Dutton and Hanson, the six tracks were recorded in the winter of 2016 and seems to find Hinder right where they belong creatively.

Six tracks in total, four of them are songs from When the Smoke Clears, a new version of “Get Stoned,” and one new track. Getting the EP started is that new cut, entitled “Not an Addict,” and it has a slight urgency as the band sing about the natural highs that can be had just by being alive…especially love. Next, “Intoxicated” comes in with a Funk vibe as opposed to the original’s heavy grinding Metal melody. The change gives the song a different feel with the same sexually charged message. Moving on to “Wasted Life,” there is more sadness to the acoustic version than the power ballad-esqueness of the original. This track deals with people getting in a rut in their lives, and not being able to find an out.

Later is “Hit the Ground,” which is essentially the same as the original recording, but without the extra riff that gives it its more edgy sound. Acoustically, there is melancholic feel that carries from “Wasted Life” as the band laments the fall of any high. All people need someone to just be there. Thatis what “If Only for Tonight” is about. This tune is a ballad done beautifully. The only real difference between the versions is the original has a piano carrying the melody. The guitars are electrified, yet, they are way toned down. Closing Stripped is the acoustic version of the hit “Get Stoned,” and there is a raunchiness to the slowed down acoustic version. Couple that with the lyrics, and “Get Stoned” gets taken to another level. The Hard Rock original’s raunch gets lost in the electrified instruments, leaving the lyrics to bring it out.

Acoustic albums/EPs are fun detours for audiences, because they give audiences a chance to hear bands with minimal instrumentation and mixing. It proves why audiences fork over their money for previous albums, and strengthens their belief in a band to keep buying. This was Hinder’s chance, and they have hit it out of the park. With a new full-length album in the plans, Hinder has sufficiently whetted fans’ appetites. Until then, pick up Stripped and catch Hinder on tour now through July 3rd. CrypticRock gives Stripped 5 out of 5 stars. 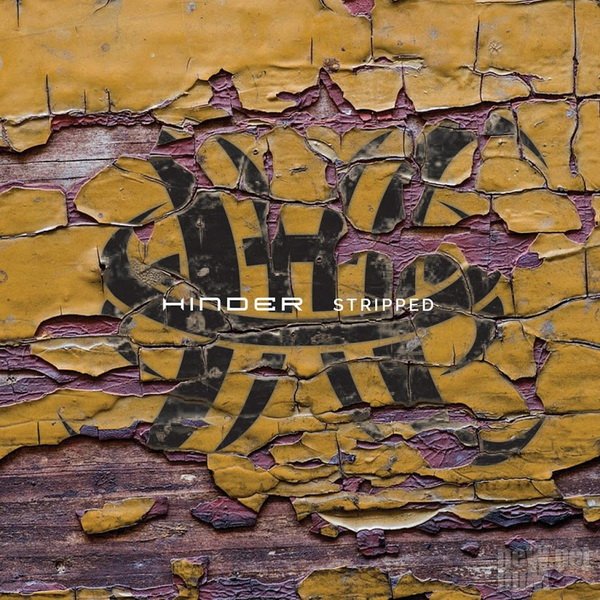