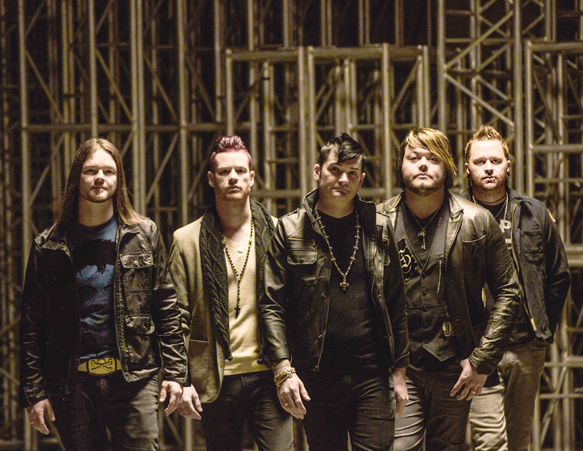 The rise to Rock stardom has been an interesting one for Oklahoma’s Hinder. Coming together in 2001, the band’s hard work landed them a record deal with Republic Records and their 2003 debut, Extreme Behavior, topped charts and has gone three times platinum. Led by a carefree Rock-n-Roll sound, Cody Hanson (drums), Joe “Blower” Garvey (lead guitar), Mark King (rhythm guitar), Mike Rodden (bass), and the distinctive vocals of Austin Winkler, the band became one of the most well-known acts in the Rock world following with three consecutively top charting albums and singles. It was during the album cycle for their fourth album, 2012’s Welcome to the Freak Show, when Winkler stepped out of the band to enter rehab. It was a few months later that the band made the decision to part ways with Winkler, citing no animosity toward the vocalist, but stating it was time to move on. In the process, the band also left its Republic Records and now settle in at powerhouse Indie label, The End Records. Singalong anthems, such as “Get Stoned” and “Lips Of An Angel,” shot them to mega-stardom, establishing Hinder as the next wave in anthemic Rock. Now, with over a decade-plus career under their belts, and having honed their live chops touring with the likes of Mötley Crüe, Nickelback, Aerosmith, and Papa Roach, Hinder’s upcoming album with their official new lead vocalist, Marshal Dutton (formerly of Faktion), has breathed new sound, and new air, into the ever-evolving band. Now they are set to return with their fifth studio album, When The Smoke Clears, on May 12th.

The album begins with “Rather Hate Than Hurt;” a strong song telling about having enough and drawing the line. With strong melodies and thriving lyrics, this is an empowering song everyone can relate to. The album continues with “Hit The Ground”. With a slower pace, the first line includes the album title, but is not less powerful. Hinder continue to clean up the remains of a shattered past. “Wasted Life” is a song that could become an anthem for the live shows. The chorus is easy to sing along and will definitely get stuck in the listener’s head. Much slower and calmer, the album continues with “If Only For Tonight.” Almost a love song, this track is going deep underneath the skin of each listener. Again, Hinder added catchy melodies and a chorus that is easy to sing along to.

“Intoxicated” picks up the speed and the distorted guitars as a true Rock song with a dirty sound. Harsh and destined, “Dead To Me” draws a line. The lyrics are tough, talking about the end of a friendship to protect oneself and is another song everyone can relate to. Wrapped in great arrangements of distorted guitars and chorus, the listener will be caught humming along. The album returns to a subdued pace with “Foolish Eyes” differing from all the previous songs. With electronic samples during the verses and a grand sound in the chorus, this song might as well be a song a Rock Legend could have created and is a beautiful track. “Nothing Left To Lose” starts out with an acoustic guitar before the band sets in with loud guitars and drums. It represents another strong and breathtaking song with deep lyrics. “Letting Go” is the ballad of the album. Slow and heartwarming, this song is digs deep and touches the heart of the listener. “I Need Another Drink” a strong Rock song closing the album and wrapping it up.

When The Smoke Clears contains just under forty minutes of great Rock music that varies in pace and emotional intensity. The album is telling one consecutive story, so it seems. Most of the songs tell stories everyone can relate to, because everyone has been in a similar situation before, which makes the album much more personal to the listener. Along with the catchy lyrics and easygoing choruses, this album is meant to get stuck in the listeners heads. Replacing a singer is always a tough decision for a band, but Hinder did a great job in choosing the perfect voice for their music. When The Smoke Clears is an album that will not only last in the listeners’ playlists, but also in their heads and hearts. CrypticRock gives When Smoke Clears 4.5 out of 5 stars. 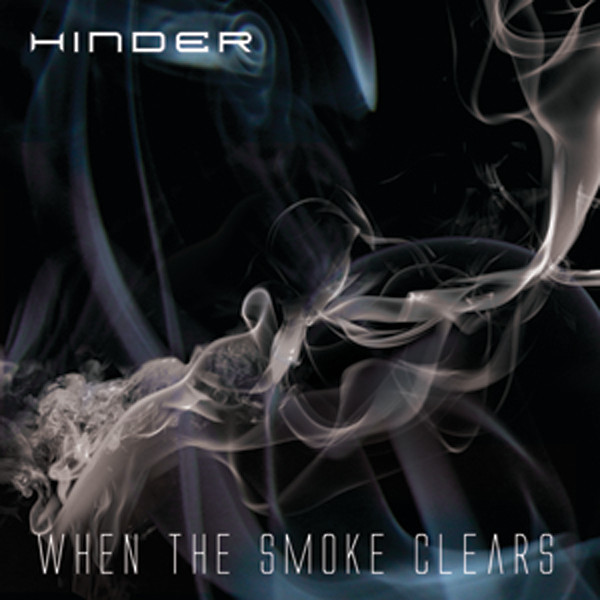