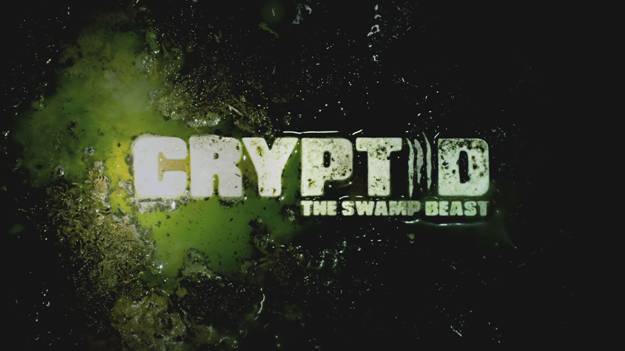 In every region of America, there are legends of strange, unidentified creatures that stretch back for centuries. In the northwest, many credible people swear to have sighted Bigfoot. In Lake Champlain, locals have sworn up and down to seeing a strange, prehistoric-like creature in the water. Down south in the swamplands it’s no different, where some of the most deep-rooted and fearsome monster stories have endured. In the new original series CRYPTID: THE SWAMP BEAST, one of America’s oldest mysteries and bone-chilling legends comes to life through dramatizations, eyewitness accounts, real news reports and expert interviews.  The series airs on Mondays at 10/9  ET/CT.

In a remote southern town, the past few years have brought a dramatic uptick in strange occurrences, but now, whatever has been lurking in the swamps is intruding into human territory. There have been a rash of cattle mutilations and pets are being snatched away from backyards. With the attacks not matching up forensically with any known predators, suspicions are spreading. Terrified residents are claiming to have seen signs of voodoo and are conjuring up old Cajun legends like the “Rougarou” – a mythical shape-shifter – as a possible culprit, and others are swearing to have seen a huge, bipedal creature locally known as a “Skunk Ape” lurking about at night.

The series follows a small animal control business which starts responding to various calls and sightings, as well as a deputy sheriff who believes the real culprit is some twisted individual deep in the swamp. As the weeks pass, the sightings intensify and even the most skeptical people in town begin to wonder if its darkest legends, and their worst fears, have in fact come to life.

CRYPTID: THE SWAMP BEAST mixes legends with eyewitness accounts and crafts them into an entertaining and scary story that speaks to America’s macabre history of folklore. It features startling real interviews with those who believe the legends and have seen strange things with their own eyes. Folklore experts, biologists and original news clips play throughout each episode as well to add further real-world context.

CRYPTID: THE SWAMP BEAST is produced for HISTORY by MAK Pictures in association with Murky Water Productions. Mark Kadin and Will Ehbrecht are Executive Producers for MAK. Mike Stiller and Brian Meere are executive producers for HISTORY.