Renowned Science Fiction author H.G. Wells has been the inspiration for many a story and movie. One of the characters from his works, The Invisible Man, published in 1897, the first of Wells’ works to use third person perspective, tells the story of a Scientist who develops a way of making himself invisible. Upon success,  is then unable to return himself to his visible state. Fast forward 103 years to the year 2000, The Invisible Man is used for inspiration for the Science Fiction, Thriller/Horror movie Hollow Man. Andrew W. Marlow (Hollow Man 2 2006, Castle TV Series 2009 – 2015) wrote the screenplay, while Gary Scott Thompson (The Fast & the Furious series) assisted him in regards to writing the story. 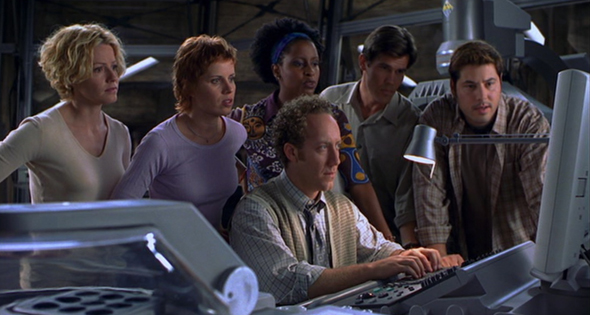 Directed by Paul Verhoeven (RoboCop 1987, Total Recall 1990), the film was Verhoeven’s last American production, and he has since lamented making Hollow Man. His previous film Starship Troopers (1997), was heavy on both sex and violence and he wished to tone it down to make a more commercially acceptable film. An interesting statement, given the level of violence in Hollow Man. Most of the movies budget went to special effects, and it does show throughout the film, which is essential when you are creating someone ‘invisible’. Verhoeven used a technique known as ‘Story boarding’, a technique developed at the Walt Disney Studios back in the early 1930’s, whereby the organisation takes the form of illustrations or photos etc displayed in sequence. The story forms visually in the mind of the creator.

In a government funded lab, a group of scientists are close to successfully designing a serum that can make someone or something invisible. Headed by egotistical scientist Sebastian Caine (Bacon), Caine works alongside his ex-girlfriend McKay (Shue), and Kensington (Brolin), who are equally brilliant but with entirely less of a God Complex. The team finally have success and are able to make a gorilla invisible and then reappear. After working so long, with success in their grasp, emotions are high. Despite having a working serum, Caine lies to the Oversight Committee funding their research, in particular to his mentor Kramer, who is aware of Caine’s sometimes duplicitous nature. Caine convinces the committee to allow him to conduct human testing, which he begins on himself. 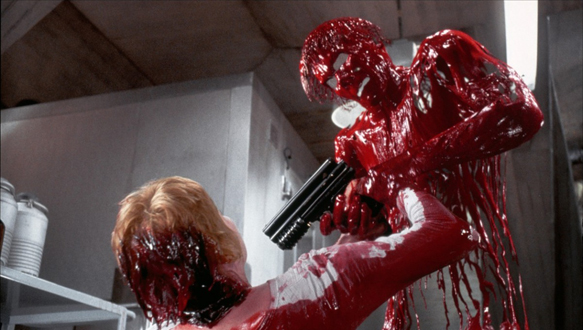 The serum also works on Caine, and he is turned invisible, however he does not return to visibility and remains unseen. Shortly afterwards, the gorilla the team initially gave the serum to begins exhibiting aggressive behaviour. This alerts the team to possible side effects, but it is too late for Caine. He has discovered great benefit to remaining invisible, and the serum heightens his destructive personality. As a matter of safety, the team quarantines Caine, but this only increases his violent behavior. The experiment takes an unexpected deadly turn, and the scientists find themselves fighting for their lives against their co-worker.

Hollow Man is a tightly paced film, with a solid storyline. The characters do not have a tremendous amount of depth, however, there is more than enough to carry the film. The movie was filmed in chronological order, which builds tension and pace as the viewer watches the consequences of man messing where he should not. It was one of the very few films allowed to shoot in front of the Pentagon building. Verhoeven was surprised the script was approved by the US Government given its reference in the film. Much of the filming took place around Washington DC.

Thermal imaging cameras were used to create and emphasise the invisible aspects of the story. To achieve the look of Sebastian being invisible, Bacon was digitally removed from the footage and each scene was shot twice: once with the actors and once without. Quite a few unique and innovative techniques were utilised to create the realistic invisible aspects. One of the most incredible and outstanding scenes that truly showcases the special effects expertise in the film is when Caine initially achieves becoming invisible. The viewer watches Caine’s body stripped back layer by layer, molecule by molecule. This required new volume-rendering software to replicate the inside of Bacon’s body. A number of scenes are shown from Caine’s point of view which offers the viewer a completely different perspective.

Hollow Man is a dark, twisted tale, one the viewer is unable to tear themselves away from. The soundtrack by Jerry Goldsmith perfectly complements the film, and is in fact his third collaboration with Verhoeven. Its dark winding tracks build suspense and a creepy atmosphere. In terms of critical acclaim, the film received a lot of negative reviews, this is despite the outstanding special effects with most critics feeling Hollow Man did not meet the usual standard of Verhoeven’s films, thus as previously stated, Hollow Man became the director’s last American film. Jennifer Lopez was considered to play Linda McKay, but at the time she was filming The Cell (2000). 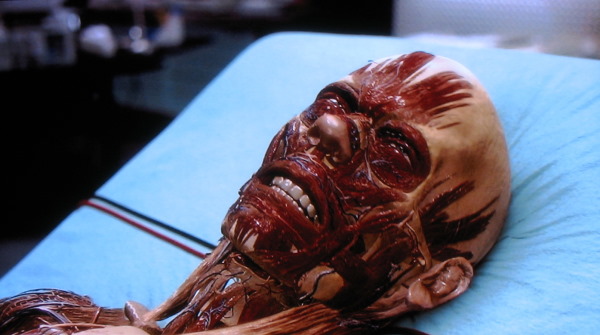 Despite the commercial success of Hollow Man, Verhoeven believed that only he could have made RoboCop and Starship Troopers, but any number of directors could have directed Hollow Man. He is certainly not the first member of Hollywood to not like a production they are involved in, and it rarely ends well. Upon the film’s release, Verhoeven returned to his home country, The Netherlands, where he made a film titled Black Book in 2006, which was considered a return to his original style of filming. While it may not have been every critics cup of tea, once the movie hit the box office, it doubled its $95 million budget, making it Verhoeven’s biggest commercial hit since Basic Instinct (1992).

Since its release, Hollow Man has maintained a cult status, and continues to make an impact upon the Science Fiction and Horror genres. Even for the casual viewer, there is no question everyone wanted to know the name of the song Sebastian (Bacon) is listening to while driving a Porsche in the film; the song is “Power Struggle” by Sunna by the way. Above all, the special effects within the film certainly pushed the envelope of what viewers now expect. In fact, one can argue fifteen years later Hollow Man helped set the standard for modern film special effects securing it’s legacy. 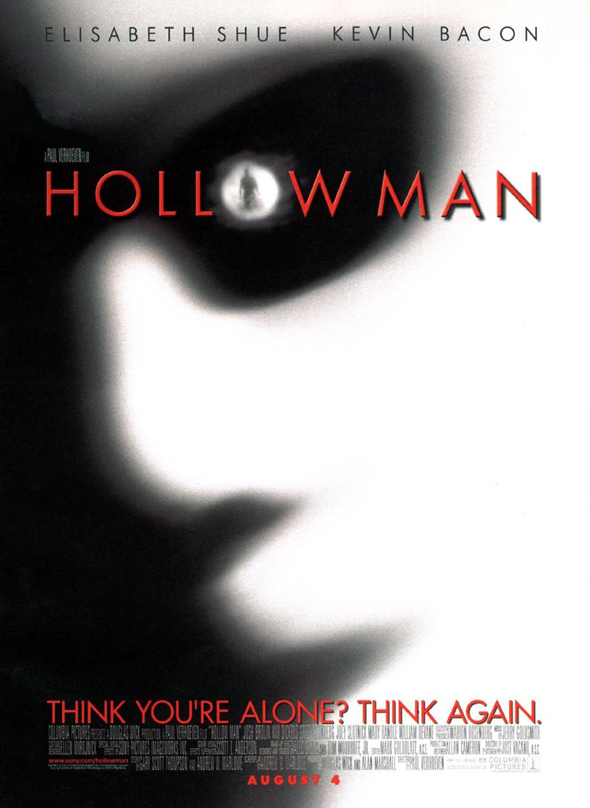