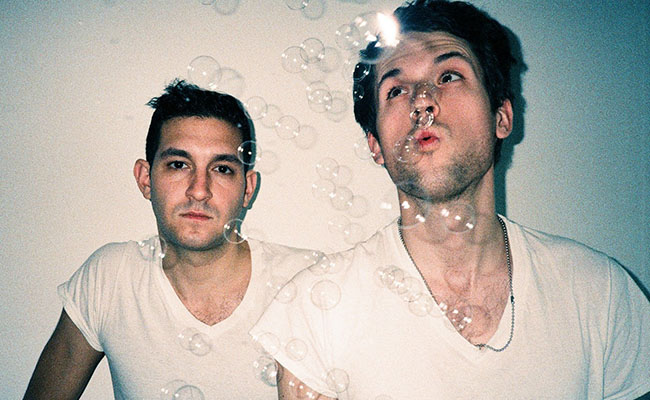 The Synthpop duo known as Holy Ghost! came together back in 2007 down in Brooklyn, New York when Nick Millhiser and Alex Frankel joined forces. Originally working on Hip Hop projects under the name Automato, the two musicians moved onto their signature Synth-Pop/Nu-Disco sound that is now known as Holy Ghost!. Friends since elementary school, they were signed by James Murphy and Tim Goldsworthy of DFA (an acronym for full name Death From Above) and quickly released their debut single “Hold On” in November of 2007. Remixing many tracks for varying artists in their genre including Moby, Cut Copy, and MGMT, Holy Ghost! also made an impact with original singles such as 2009’s “I Will Come Back” and 2010’s “Say My Name.”  After their initial singles success, their self-titled album dropped April 2nd, 2011 and flourished in US Heatseeker charts. Following with their sophomore album Dynamics in 2013, they continued to impress with peak chart positions. More recently, Holy Ghost! has conceived a brand new testament to good vibes and Techno groove on the 2016 EP called Crime Cutz. Released on April 29th, the four-track EP revitalizes Disco, Techno, Electronica, and Dance music.

Opening with title track “Crime Cutz,” it is seven minutes of electronic heaven as it seamlessly marries bass-heavy Funk with an upbeat Dance tempo. The song has the overall feel of something dated with a new edge, which makes the experience of the song pretty far out. In addition, the vocals are quick and and range high, adding a dramatic flair to a very well-paced engaging track.

The second track, “Stereotype,” immediately gives off a more Pop-like sound, easily comparable to Genesis or Michael Jackson. It has its own flavor through the synth instrumental, which is smooth and easy on the ears. This song is catchy and anyone listening can feel the urge to sway and bust some moves. Then, “Compass Point” pulses out next and has a somewhat dreamy feel to it. The song has an agreeable vibe and can be a fun club song to get lost in. This is before the final of the four tracks with “Footsteps” which seems more abstract sounding than the other songs, and radiates a much more psychedelic feel.

Not much can be remarked on as far as the lyrics go for the playtime of Crime Cutz. The lyrics are very ambiguous and can get lost in the waves of music that constantly dominate each track. This is not necessarily a negative thing, as the music is more the focus than the words, though it seems to indicate all songs are about relations (both romantic and sexual) between two people. The ambiguity makes for the music to not only be fun and cool, but casually relatable for its listeners. Holy Ghost! is entirely a band with aesthetic; they cater to a specific style and stay well within those boundaries. As mentioned prior, the EP would be welcome in a club or rave setting, with its trippy Disco instrumental, and soft overlapping vocals. The good vibes and chilled out ’70s aesthetic make this music easy-listening; it can be the focal point or a funky soundtrack for the drive home.

All in all, Holy Ghost! has crafted a very cool EP that is all about vibes and aesthetic. The music of Crime Cutz is the real gem here, rather than its overlooked lyrics. In rather exciting news, Holy Ghost! is back on tour this summer to take their sick beats with them for what should be a party-esque concert, guaranteed most in attendance will be dancing in the crowd. With this being their first release since 2013, Crime Cutz is their best technical work yet and well rounded cuts to date. For that, CrypticRock gives the album 3.5 out of 5 stars for its Disco revival sound. 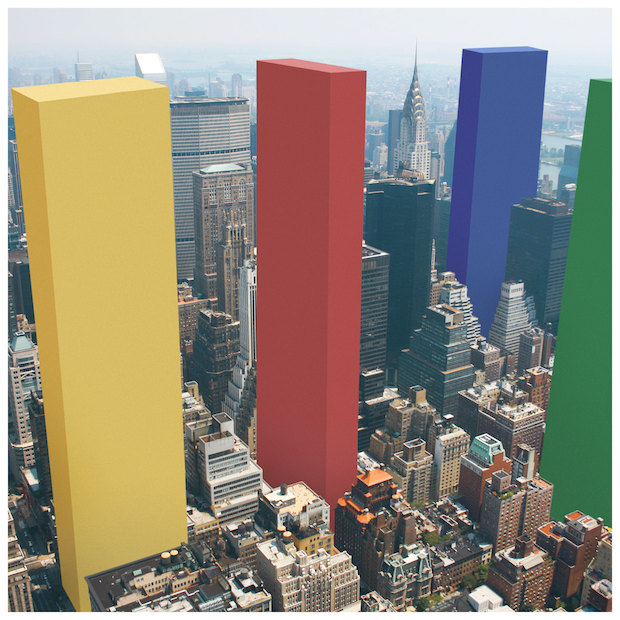