Losing a child is one of those extremely traumatic events that no one ever wants to experience, yet a lot of people unfortunately do. Everyone finds different ways to try and come to terms with this type of loss, but not all of them come without strings. Wanting to contact the child one last time is an understandable need, but not necessarily an intelligent one. Contacting spirits on the other side sometimes brings others that are unwanted and evil. When they arrive, drastic measures might have to be taken to cleanse the chaos that is unleashed. Writer and Director Rich Mallery (Sociopathia 2015, Samurai Cop 2: Deadly Vengeance 2015) introduces his take on exorcisms and what happens if they do not go as planned in the film Holy Terror. 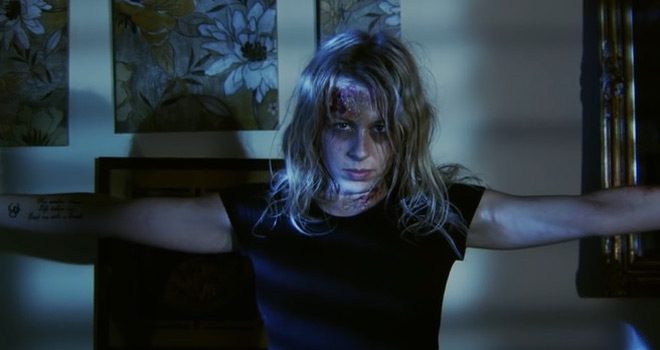 Becoming available on VOD on such services as Amazon on April 1, 2017 through Cinema Epoch, in Holy Terror, Molly (Kelly Lynn Reiter: Sandy Wexler 2017, Halloween Pussy Trap Kill Kill 2017) and Tom (Jesse Hlubik: May 2002, Castle TV series) are a married couple who have lost their son, Joshua, to some sort of incident. Tom takes the stoic approach and tries to be strong for his wife, but is mourning in his own way privately. Molly, on the other hand, is angry and constantly lashes out at her husband. She seems to blame him for the death of their son. Their marriage is clearly strained and both are suffering in their own way.

Molly’s sister, Billie (Nicole Olson in her debut), suddenly appears on the doorstep. Billie is a free spirited drug addict that did not even attend the funeral of her nephew. Tom does not want her to be there, but Molly insists that she is better with them than in rehab because she is family. Once Billie arrives, strange things begin to happen. Joshua’s toys are moved around in his bedroom. Billie is attacked. Molly is seeing and hearing her son around the house when Tom is not home. She decides to call in her Aunt Janice (Lisa London: H.O.T.S.  1979, Private Resort 1985), who claims to be a medium, to try and make contact with Joshua. Janice is successful, but it is not only Joshua that is contacted but an evil spirit that seems to be living in the house.

Things continue to go downhill from there as Billie becomes possessed. Janice calls on her old friend, Father Murphy (Mel Novack: Game of Death 1978, An Eye for an Eye 1981), to help with an exorcism. Father Murphy has experience with exorcisms, has since left the church, but is still willing to help and perform an unsanctioned exorcism. Murphy and his ex-nun partner, Catherine (Kristine DeBell: Meatballs 1979, Battle Creek Brawl 1980), attempt to banish the demon from both Billy and the house. Can they succeed? Will evil finally leave this family that has already suffered through so much? 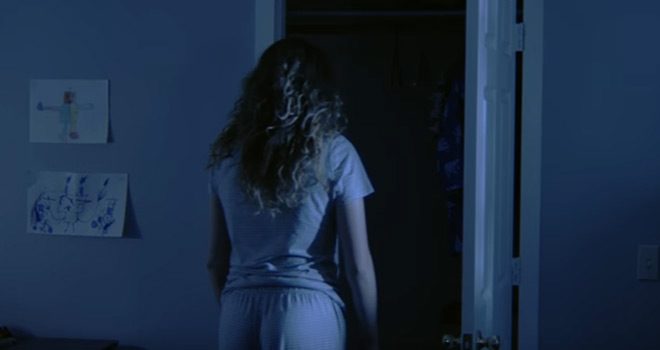 On the surface, it appears that Holy Terror has all the right ingredients for a decently enjoyable film about a possession gone wrong. The ultimate problem would be in execution. A lot of important information is not shown to the viewer until almost the end of the film, if at all. It opens with an exorcism already in progress that is being performed by Father Murphy and Sister Catherine. There is no context of who the person they are trying to save is or of her situation. These things are all randomly brought up later in the film and it is a struggle to remember who or what is being referred to.

The age of the child, Joshua, is also never given. Yes, flashbacks of the boy are present but was he four or five? Six or seven maybe? The fact of his age is important when you find out how he died. There is also never any reference to the time frame of when the child died. Is this a recent death? How recent? Or did Joshua die a year or more before the action in the film? Information just seems to be thrown here and there at random spots in the film, if at all, even if it does not make any sense. It all seems forced with no organic progression.

It is never a good sign in these types of films to have the viewer actively root for the demon to win out over the victims. Molly is a grieving mother, so it is understandable that she is not exactly stable. She possesses so much rage that is mostly directed at her husband, even though he had nothing to do with Joshua’s death, that it is difficult to sympathize with her. She does not seem to want to admit any faults in herself, but is constantly yelling and threatening her husband if he does not comply with the things that she wants to do; all of which are highly irrational. She comes across more as spoiled and entitled than a grieving mother who is just trying to come to terms with the death of her son. Tom is not much better. He is unfaithful and a pushover that allows his wife to do and say awful things to him. Both come across as truly horrible people that do not deserve to have any kind of joyous events happening to them. 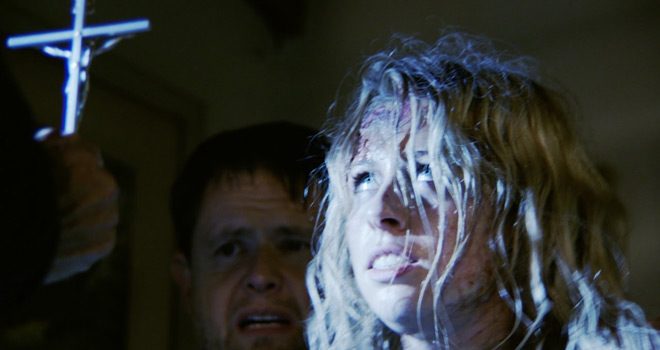 Billie, the junkie sister who is thrown into the mix, is a very flat character. There is nothing known of her besides her addiction before the possession happens. There is no context as to her normal behavior versus her possessed one. She seems to just be a prop to move the action forward. Father Murphy and Sister Catherine are the only two who might have something redeeming in them. Both are former members of the Church who have questioned their faith after a traumatic experience. This is all that is known of them, though. Character development is extremely important to allow the viewer to enjoy the story shown on screen. Sadly, Holy Terror fails miserably at that.

Overall, Holy Terror seems to try to follow the formula of most possessed films. Things are not right with a family so they reach out to the other side, but this almost never comes without cost. The overall feel of the film is that of incompletion. It feels more like a rough first draft than a polished final draft ready for the viewing audience. The bones of the film are decent, but just not enough to carry it through with an enjoyable completion. The characters are frustrating and have zero obvious redeeming qualities. It is for these reasons that CrypticRock gives Holy Terror 2 out of 5 stars. 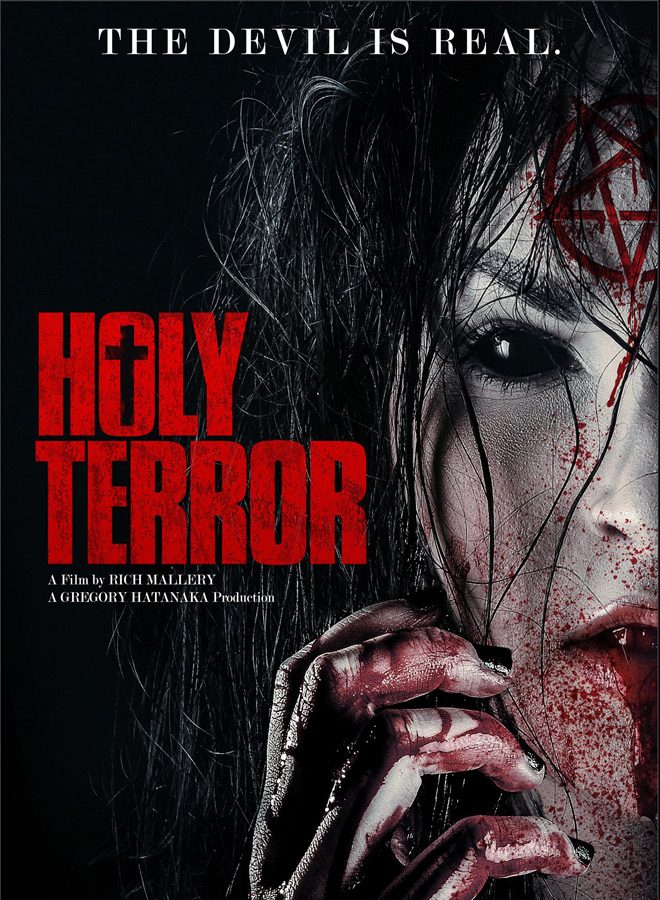