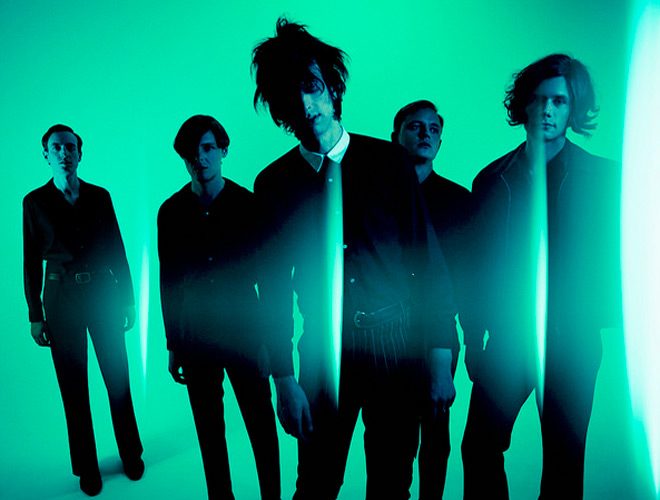 In just a span of a decade, the critically acclaimed and well-adored English band The Horrors have already five studio albums in their sleeves, from 2007’s Strange House to the just released V, spawning singles that included “Sheena Is a Parasite,” “Death at the Chapel,” “Sea within a Sea,” “Who Can Say?,” “Still Life,” “I Can See through You,” “So Now You Know,” and “I See You.” That is one full release every two years—such prolificacy!

Add to that, the band has been also very active in the concert circuit—not only as a group, headlining festivals such as the Glastonbury and the All Tomorrows Parties and supporting high-profile bands like New Order (“Bizarre Love Triangle”) and Depeche Mode (“Enjoy the Silence”); but also as individual musicians, collaborating with other artists and forming side projects (for instance, Lumina and Cat’s Eyes).

Formed in 2005, in Southend-on-Sea, Essex, England, The Horrors are Faris Badwan (lead vocals), Joshua Hayward (guitar), Tom Cowan (keyboards/synthesizer), Rhys Webb (bass), and Joe Spurgeon (drums/ percussion). Many fans and journalists have described their musical style as Indie Rock, New Wave, Shoegaze, and Gothic Rock. Its sonic transition is well observable in the band’s albums, building up from the Misfits-reminiscent Horror Punk of the debut album, the Gothic soundscape of the ensuing Primary Colours of 2009, the Shoegaze-sounding Skying of 2011, the glowing Dreampop of 2014’s Luminous, and finally, the Trip-Hop/Shoegaze/Disco combo tripping of the quintet’s latest work.

Slated for release on September 22, 2017, via Wolf Tone/Caroline International, V is The Horror’s fifth. It opens with the sparse, dreamy, and hypnotic daze of “Hologram.” This is followed by the piano-led, funky angularity of “Press Enter to Exit.” Then, after the steady beat and sparse Industrial drone of “Machine” comes the haunting, loungy Trip-Hop excursion of “Ghost.”

“Point of No Reply” and “Weighed Down” then take the listener to a sonic highway of hazy, neon dreams, with their respective driving beat and pulsating rhythm. A change of mood and pace, “Gathering” is a bit Gothic and Shoegaze, reminiscent of The Cure’s “Maybe Someday,” The House of Love’s “Beatles and The Stones,” and Slowdive’s “When the Sun Hits.”

Still in its Shoegazing predisposition, The Horrors treat their listeners, however, this time to the upbeat and sunny side up tendencies of the genre, as “World Below” shines like a bright yellow sun. Following, the slow, dreamy, melodic, and oceanic wave of “It’s a Good Life” undulates next—an apt penultimate track. Finally, the quirky English band does the unexpected; instead of closing the album with a short sleeper, it leaves the listener with surely the album’s best song—the breezy and bombastic Disco dancer, Synthpop stomper in the guise of the nearly seven-minute epic “Something to Remember Me By.” It will fit well on a playlist of New Wave/Synthpop extended versions; those that do not want to make partygoers go back to their seats. Indeed, V’s closer is a very catchy and memorable song; something that the band’s fans will surely remember them by, especially when they are sonically inundated, there on the glittery dancefloor.

Ten years, five studio albums, a slew of singles, a distinctive image and style, and a strong sense of confidence… well, that is certainly not an easy feat. Here is to another decade of prolificity and further climb to the pantheon of music icons and future classics. CrypticRock gives The Horrors’ V, 4 out of 5 stars. 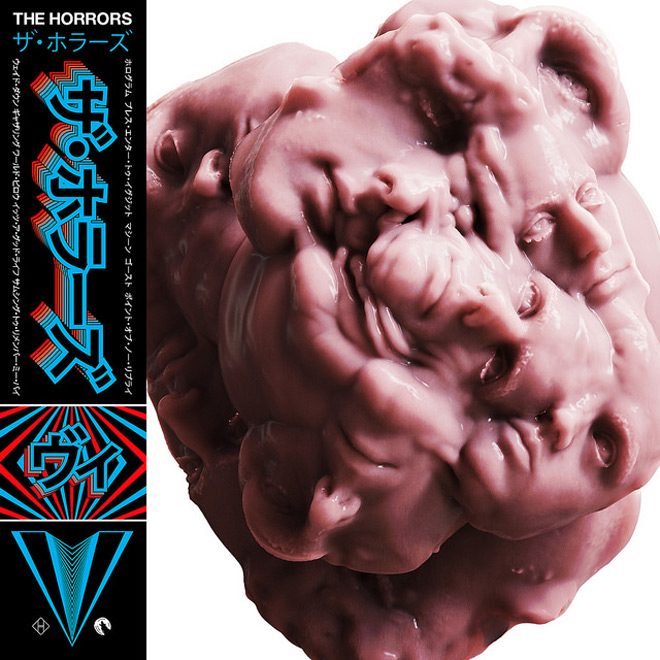