Hostage to the Devil (Movie Review)

“Not to believe in evil is not to be armed against it,” said the man at the center of the new documentary Hostage to the Devil. Released on October 31, 2016 in the USA via Causeway Pictures, on January 15, 2017, the film made its premiere on Netflix. Detailing the life, accomplishments, and perceived imperfections of the Jesuit priest and world-renowned exorcist, Father Malachi Martin, who actually inspired the 1973 film The Exorcist, he was even believed to have been killed by the Devil himself.

Directed by Marty Stalker (To Lose Control 2013, Desecration 2012), written by both Stalker and Rachel Lysaght (Dreams of a Life 2011, Patrick’s Day 2014), and sharing a title with Father Martin’s best-selling book, Hostage to the Devil is a riveting look at topics most fear to even glance at. 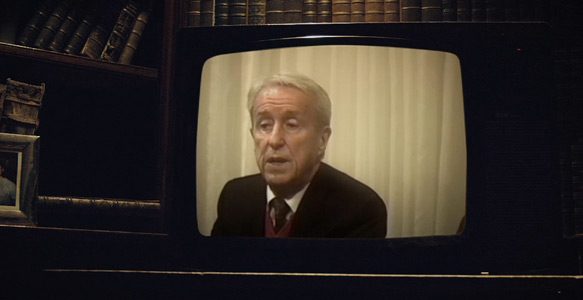 A compelling Documentary, the film features many prominent individuals that were extremely privileged to have been able to call Father Martin a confidant and colleague, as they recount their experiences and memories of the beloved and charismatic exorcist.

Some of Father Martin’s associates are even known to have inspired other recognizable Horror films, such as psychic demonologist, Lorraine Warren (who inspired The Conjuring 1 & 2 2013/2016); religious demonologist and former NYPD detective, Ralph Sarchie (who inspired Deliver Us From Evil 2014); and active exorcist Father Cesar Ignacio Truqui who worked under Father Gabriele Amorth (who inspired The Rite 2011), as well as Matt Baglio, the man actually responsible for writing The Rite.

Strongly focusing on Robert Marro’s relationship with Father Martin, as he was not only Father Martin’s best friend and driver, but he was also responsible for bringing Father Martin to Connecticut to conduct his final exorcism before he died shortly thereafter under rather suspicious circumstances. It also includes the wild accusations and assertions made against Father Martin’s character by former Jesuit priest and author, Robert Blair Kaiser.

Furthermore, the Documentary sheds light on the reality of exorcisms, as well as Father Martin’s role in the fight against such evils and the scrutiny he came under for challenging the Catholic Church and ultimately the Vatican. Malachi Martin worked at the Vatican during the early 1960s when the Roman Catholic Church attempted to reinvigorate its image and modernize the religion to better suit the way the world seemed to be changing. It was during this time that Martin was asked, by the Pope, to leave Rome; which is when he decided to give up two of his three vows that made him a priest. He gave up his Vow of Obedience so that he could leave the Jesuit Order and his Vow of Poverty so that he could move to New York and pursue a career, all the while maintaining his Vow of Chastity until the day he died. 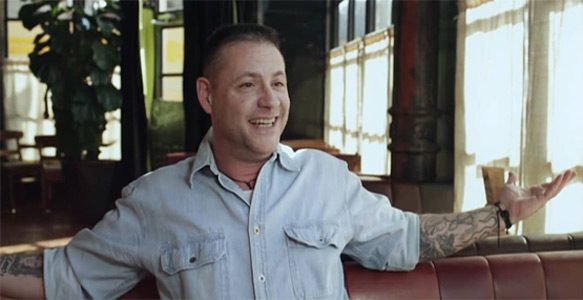 After he left Rome, he worked as an exorcist without the backing of the church. In fact, there are many parallels between Father Martin’s story and the story of Ben Daniels’ character, Father Marcus Keane, on FOX’s new series, The Exorcist.

Eventually, Father Martin was conducting exorcisms with Lorraine Warren and Ralph Sarchie during a time when the Catholic Church was essentially denying the existence of exorcisms and demonic possessions. He also wrote many books that exposed some of the secrets of the Vatican, as well as detailed his accounts of the then considered taboo topic of exorcisms.

The cinematography, conducted by Ruairi O’Brien (Five Minutes in heaven 2009, Freakdog 2008), made the most of Malachi’s story by allowing it to flow cohesively and effectively via dramatic reenactments of his last moments and transitions between interviews, audio, and video recordings that showcased many personal effects and chronological photographs of Father Martin and his conquests.

The aforementioned aspects give the audience visual references for the changes that the priest underwent as his life as an exorcist unfolded. It was very visibly evident the toll fighting demons took on Malachi’s spirit and soul, appearing to lose a little piece of himself each and every time he waged war against evil. There was also quite a bit of actual video footage of exorcisms being conducted by Ralph Sarchie and Lorraine Warren, amongst others.

The last case of possession that Father Martin worked on was that of a four year old little girl. It was believed that this little girl was possessed by something far more powerful than any demon Malachi had ever faced, that she was in fact possessed by the Devil himself. After Martin’s first session with the girl, Marro, a former CIA agent and the priest’s best friend, recalls picking him up and seeing the little girl blow Malachi the most “disgusting and lascivious kiss” he had ever seem, comparing it to the kind of kiss you would see a “whore blow to her John.” It was after this encounter that the exorcist claimed he was “attacked” by some evil creature that caused him to fall in his study while standing on a stool retrieving a book, and ultimately slip into a coma; but not before he was able to call Marro and tell him that he did not just fall, he was pulled by something malevolent. 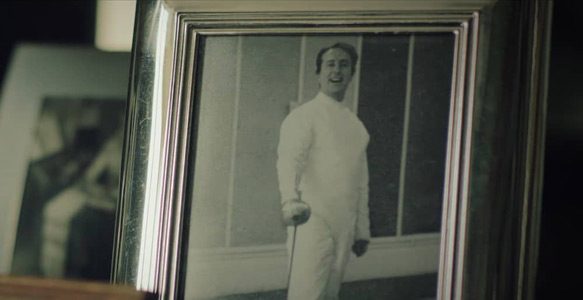 All this said, Hostage of the Devil evokes quite a bit of emotion. There are moments when the audience is filled with fear, seeing and hearing the horrors of an actual exorcism take place. Other times viewers are charmed and almost spellbound by the charisma and conviction of Malachi’s stories.

Finally, sadness erupts when it is made abundantly clear that this man gave his life to God and doing His work, and was taken from this world by either evil or accident, and the devastating effect it had on all of the people that had ever crossed his path. For these reasons, CrypticRock gives Hostage of the Devil 3.5 out of 5 stars. 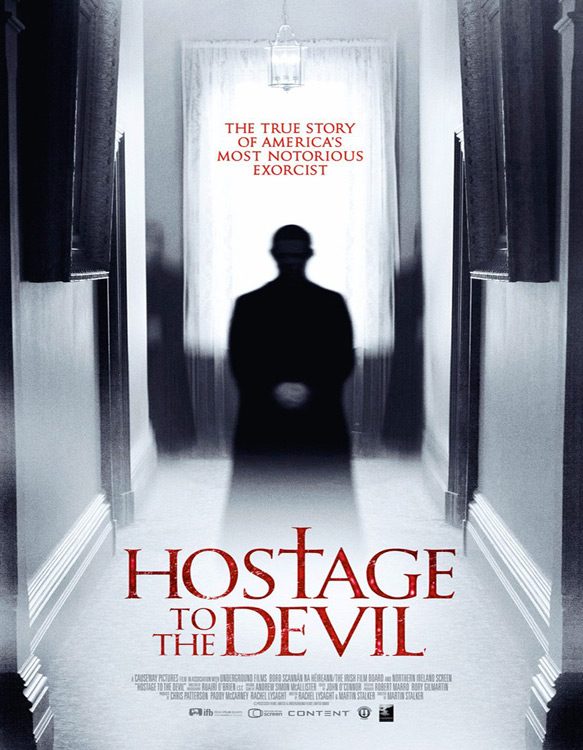 Purchase Hostage to the Devil on iTunes