Hotel of the Damned (Movie Review)

Room service runs straight to your door, ready to slice off a filet of…you in the Bobby Barbacioru Romanian Horror flick Hotel of the Damned. Boasting a script from Paul Petcu and 1985 cult-classic film Ghoulies Writer Luca Bercovici, Hotel of the Damned was released in United States via VOD on December 6th, 2016 and will drop on DVD March 7th, 2017 via Uncork’d Entertainment. Yet another Indie film in the Horror genre, what does Hotel of the Damned offer different from the rest? 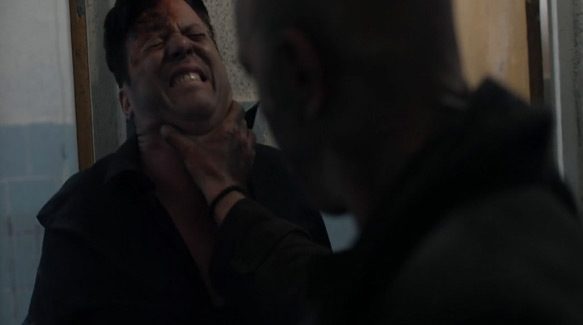 The film opens on pale, blade-wielding subhumans chasing a buxom young woman through a forest. After they catch her, the opening credits cut in. Bloody machetes slice through gray, stitched up human flesh as names in flowing crimson appear—one of the most entertaining aspects of the film. Afterward, the audience is introduced to newly released con Nicky (Louis Mandylor: Necessary Roughness 1991, My Big Fat Greek wedding 2 2016) and his buddy Jimmy (Peter Dobson: The Frighteners 1996, Fatal Instinct 2014) who has come to Romania to support him.

They go to collect Nicky’s daughter Maria (Manuela Harabor: Never Enough 2004, One Step Ahead TV series) and find that she has followed in the footsteps of dear old dad, getting involved in criminal activity like prostitution and drugs. She is shacked up in a hotel with her boyfriend Bogdan (Bogdan Marhodin: California Dreamin’ 2007, The Wind of Change 2013) who we later learn, through a series of random flashbacks, is taking her to Italy to sell her as a sex slave, or some other nefarious scheme. Nicky and Jimmy emphasize to Bogdan exactly how they feel about it. After letting the millennials know how disappointed they were with their life choices, they take Maria and leave.

Driving somewhere in the Romanian countryside, the three travelers introduce their car to one of the creatures from the introduction, promptly sending themselves rolling down a hill. At the bottom, they crawl out, injured, but alive. The trunk springs open, revealing poor Bogdan had been stuffed unceremoniously into it without Maria’s knowledge. This allows for father-daughter bonding time, while Bogdan is sent to reconnoiter the area. What do you know? He finds an abandoned hotel just waiting to be squatted in—never mind that the road is about 50 feet up an otherwise climbable hill. 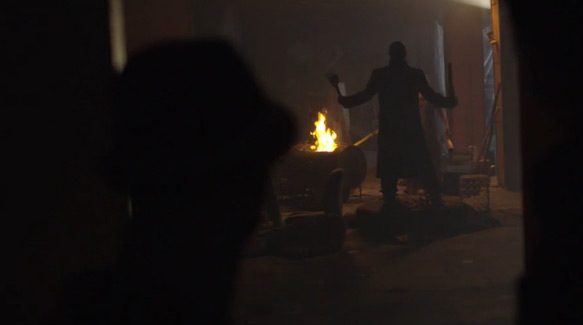 Despite the flippant and possibly asinine synopsis above, Hotel of the Damned is hella entertaining. It is not the familiar cliched plot devices employed by a lot of schlock films. It viewed more like a throwback Action-Adventure of the 1980s. Both Nicky and Jimmy have criminal pasts that make them good with both their fists and guns, though one wonders why the writers make it so easy to resolve conflict. The antagonists literally bring knives to a gunfight. The movie turned into a bit of a 1990’s Predator 2  style hunt, if for Predators you substitute Eastern European burnouts hopped up on bath salts.

The star of the movie is Mandylor, who is the long lost lovechild of young Bruce Willis and present day Howie Mandel. He is a genuine pleasure to watch, with charisma, machismo, and complexity flowing from him with ease. His character is the only one that develops in the film, with the others filling in on sidekick duty. Even the cannibals were dull, missing an opportunity to give them an interesting background and unique traits.

Part of the charm of Hotel of the Damned is the hotel itself. It is an authentic Horror setting that lends to a barren, post-apocalyptic atmosphere. The plot advances without jumping all over the place, though the flashbacks could have been combined for better effect. Costuming was a bright area, with Nicky’s hat turning into a running gag. He can only achieve badassery when he has his hat, a la Indiana Jones. 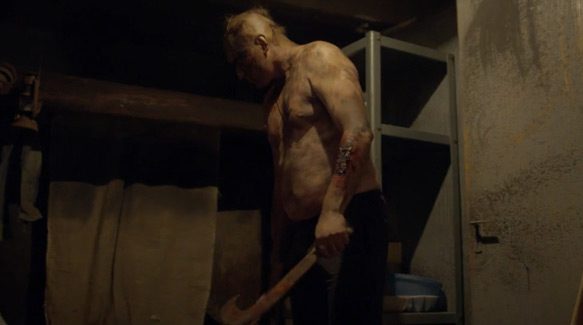 Like many, Hotel of the Damned suffers most from basic logic problems, even allowing for the fact that it is Indie Horror. The protagonists have guns, look for a defensible room, pick off the cannibals that come at them at most two at a time, and then suddenly freak out when one cannibal beats against their door. Given their firepower and numbers, the situation should be easily survivable. Also, a note to the director, it is a tremendously terrible idea to have the characters always shine their flashlights directly toward the camera.

Overall, Hotel of the Damned is a fun watch with flashy PR, even if the poster, tag line, synopsis, and everything else has nothing to do with the actual plot of the film. It contains nifty surprises and a refreshing look at a group of would be combo meals that fight back and do it with gusto. Worth a watch, CrypticRock gives Hotel of the Damned 3.5 out of 5 stars. 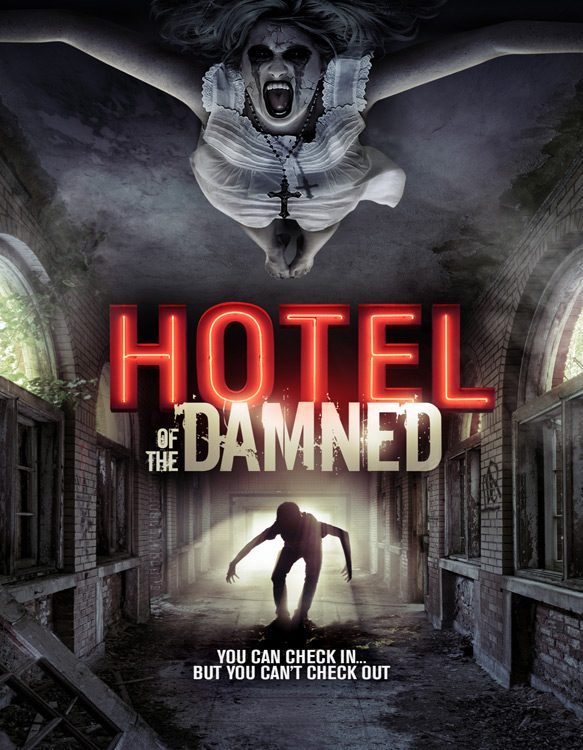