Set to be released on VOD Tuesday, January 23, 2018, House of Salem is one of the newest films from Wild Eye Releasing. An official selection at Frightfest in London back in 2016, House of Salem is one of the latest Horror films from ambitious English Writer/Director James Crow (Curse of The Witching Tree 2015, Nightmare on 34th Street 2017). An independent filmmaker, Crow has attained success with his films being sold to both Lionsgate and StudioCanal. Also working on a handful of other projects in 2018, how does House of Salem stack-up for the rising star? 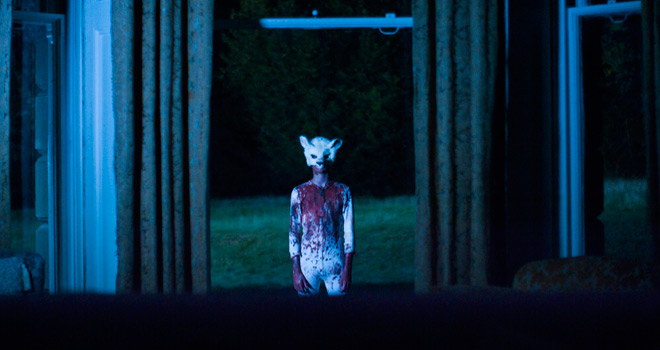 Well, to put it mildly, House of Salem is a mental mind-twister that grabs you and does not let go. The story follows a young boy, Josh, (Liam Kelly: debut film) getting ready for an ordinary night while his guardians, Mrs. Downing (Anna Nightingale: Silk 2011, My Mad Fat Diary 2013) Mr. Downing (Andrew Lee Potts: By Any Means mini-series, The Mill mini-series), are off on a date as his babysitter, Tanya (Nalân Burgess: Essex Boys Retribution 2013, He Who Dares 2014), watches closely by.

An interesting group of characters, complete with creepy clown masks, it would seem these home invaders have the up hand… although, they clearly picked the wrong house since Josh and his situation is much more than anyone could have bargained for. Josh has a secret, or a gift, depending on who you ask. Spending a good deal of time during the home invasion talking to a plush lamb called St. Peter, what is it that Josh knows that no one else does not? 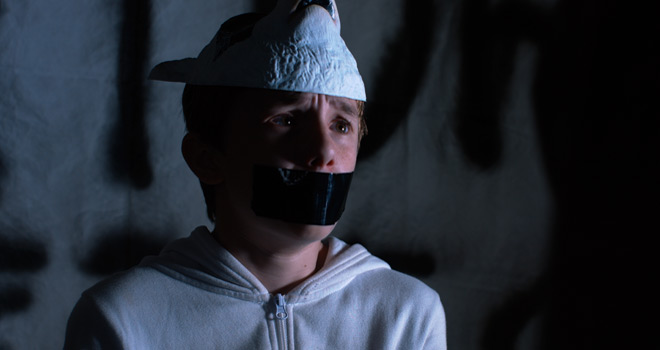 First of all, let be known that there have been numerous demonized possession related movies released in the last few years. With the popularity of films such as 2013’s The Conjuring, it is no surprise that so many others pop up with a similar concept. Though House of Salem could fit under the umbrella of demonic possession and satanism, it does stray from the norm. It has a 2001’s Glass House meets 2007’s The Orphanage and 2011’s You’re Next with a dash of 1999’s The Sixth Sense type of feel to it.

Yes, it is difficult to equate any film mixing the aforementioned motion pictures into one witch’s brew, but without giving too much away with House of Salem, this description fits well. Let us just say this, there is darker premise here, one that turns the tables on all characters involved. Speaking of which, what works best with House of Salem is the characters themselves. Everyone has a personality and a unique quality about them. That in mind, you not only feel for Josh himself, but soon you find yourself sympathizing with the kidnappers as well. Bringing these characters to life, each actor does an exceptional job, especially Liam Kelly and Jessica Arterton as bright, young actors who did an amazing job in their debut feature film. 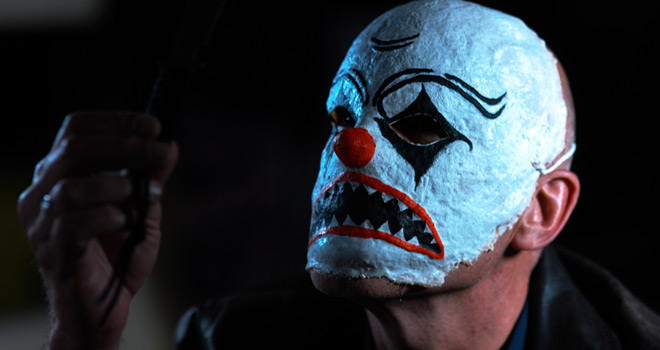 Bringing it all together is a strong ending to the film, which is a factor that can make or break any screenplay. Fortunately, this one has a wicked twist that no one will want to miss. Perhaps the only drawback of House of Salem is there could have been a little more backstory to help the audience understand what is going on. However, it could very well have been Crow’s intention to leave the path of the viewers a little dim, amplifying the element of surprise in the end. One of the best independent Horror flicks to hit VOD in a very early 2018, CrypticRock gives House of Salem 4 out of 5 stars. 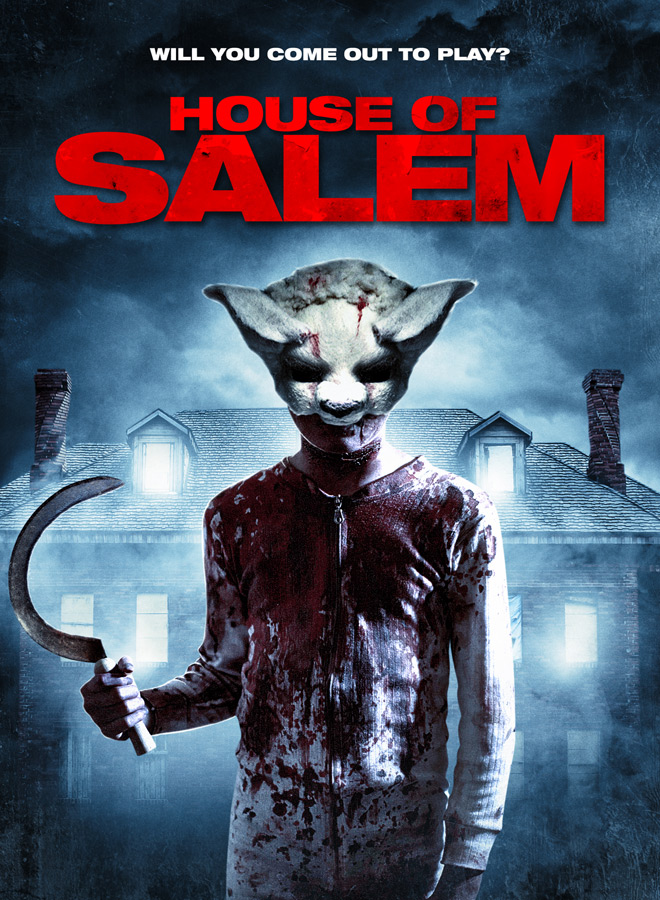