Whenever criminals come together for “one final score,” it typically ends up being just that, but not because they made it away with enough money to start their lives over, no; instead it is usually their last job because it is the most dangerous, carries the most risks, and it is almost expected that not everyone will make it out alive. What happens when the criminals think they have planned the perfect crime, yet when executing said plan there was one very important detail they missed, which could mean the difference between life and almost certain death? 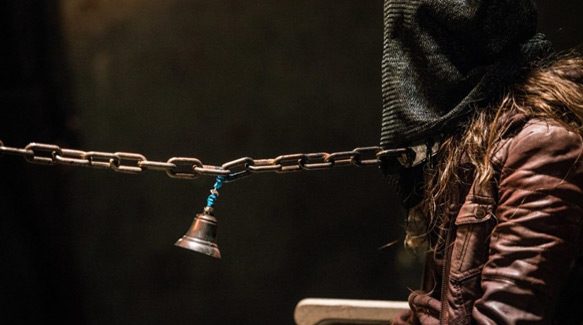 Directed by Alastair Orr (The Unforgiving 2010, Indigenous 2014), his latest Supernatural Horror project, House on Willow Street, was produced by The Darkside and Fat Cigar Productions; and will be released in the U.S. on VOD, On Demand, and in select theaters via IFC Midnight on March 24, 2017.

House on Willow Street is a fairly simple movie that exhibits a very basic plot: a kidnapping gone wrong which leaves the initially perceived bad guys facing horrors from their pasts which are meant to ultimately destroy them. Upon kidnapping Katherine (Burchell) from her uncomfortably quiet home as her parents appeared to be sleeping in their room, Hazel (Vinson), James (Gerdener), Ade (Ward), and Mark (Ventura) cannot begin to imagine the darkness lurking within their “victim,” whose malicious intent is to annihilate them all by resurrecting ghosts from their tormented pasts. 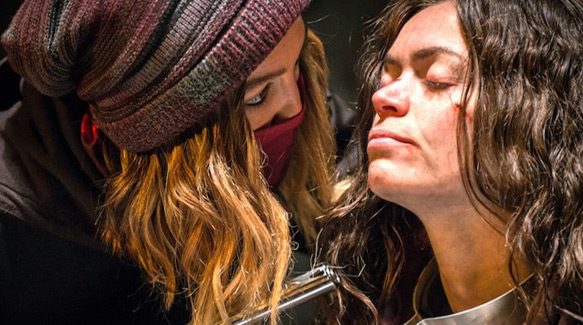 The gang of criminals fails to reach Katherine’s parents to request a ransom for the safe return of their seemingly sweet teenage daughter. Then, once they realize that they are not dealing with some unassuming and submissive hostage, Ade and James return to the house to uncover clues as to what exactly they may be dealing with. They are not prepared for the sinister secrets they discover and in an effort to flee the house, they face numerous dangers when trying to make it back to the warehouse to warn the others.

Though the concept and plot seem simple, Orr does a very decent job of creating complexities among the characters; giving them depth that aids the viewers in connecting with them, and caring about their motivations for and abilities to pull off this one last job. This job means closure for some, allowing them to gain something in place of something each of them has lost. Though the acting was nothing stellar, each character was adequately portrayed by the actors/actresses who played them. Burchell stole the show though, as her role was one of a mysterious evil that she embodied with such accuracy. 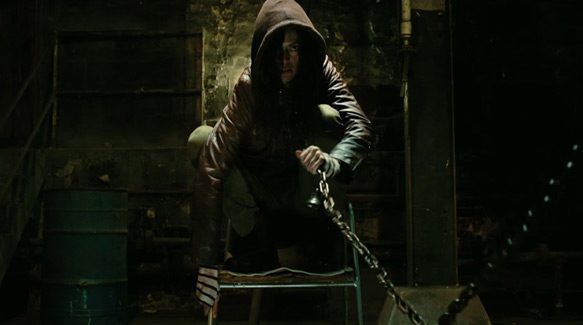 The cinematography was effective when establishing atmospheric horror comprised of uncertainty, isolation, paranoia, and playing on viewers’ fears of what may be lurking in the dark. There were quite a few jump scares that can be attributed to successful camerawork and a helpful film score.  The special effects were also rather impressive and any gore was handled with great care, as it was both believable and disturbing. The special effects also aided in creating a truly scary and creepy ambiance which left viewers curled up, tense and filled with suspense and the apprehension of what was yet to come.

In addition, there were a few impressive deaths but, ultimately, the overabundance of clichés coupled with its predictability held the movie back from the greatness it had to potential to achieve.  Because the movie displayed a simple and foreseeable plot, satisfactory acting, complex characters, superb special effects, great cinematography, and a fear-inducing film score, CrypticRock gives House on Willow Street 3.5 out of 5 stars. 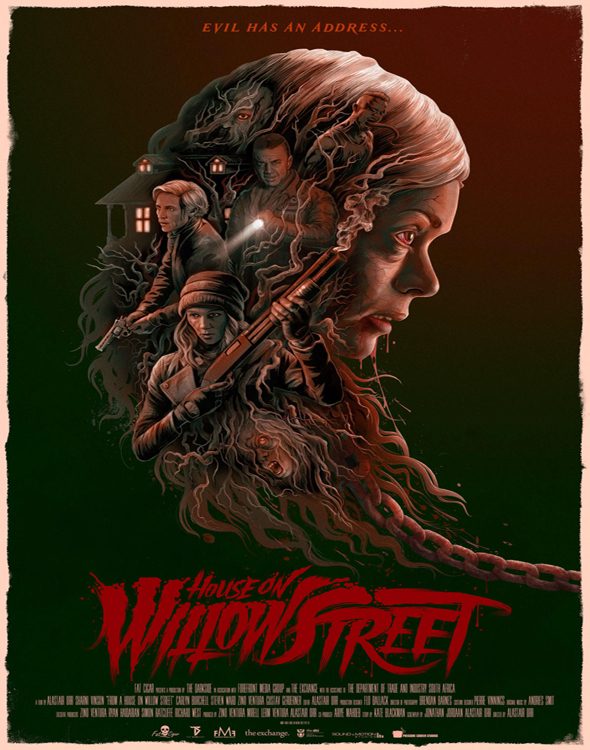 Demonic (Movie Review)
Like the in-depth, diverse coverage of Cryptic Rock? Help us in support to keep the magazine going strong for years to come with a small donation.