Horror Comedy Housebound  was released on October 17th in the United States. Written and directed by Gerard Johnstone (The Jaquie Brown Diaries 2014), Housebound tells the story of Kylie Bucknell (Morgana O’Reilly: We feel Fine 2012, Neighbours), who is sentenced to house arrest after a hilariously bungled ATM robbery. Being placed under house arrest is a fate worse than death, or prison to Kylie, as she does not get alone with her mother Miriam (Rima Te Wiata: Shortland Street 2007, Table Plays 2008) and step father Graeme (Ross Harper: The Devil Dared Me 2007). Nonetheless, Kylie must readjust to living in the creepy old house she fled from as soon as she could. Amos, (Glen-Paul Waru: Russian Snark 2001, Amadi 2010) the protection officer who places the ankle bracelet on Kylie, will be keeping a close eye on her, along with the Police and her counselor Dennis (Cameron Rhodes: The Lord of the Rings: Fellowship of the Ring 2001, The Chronicles of Narnia 2005). 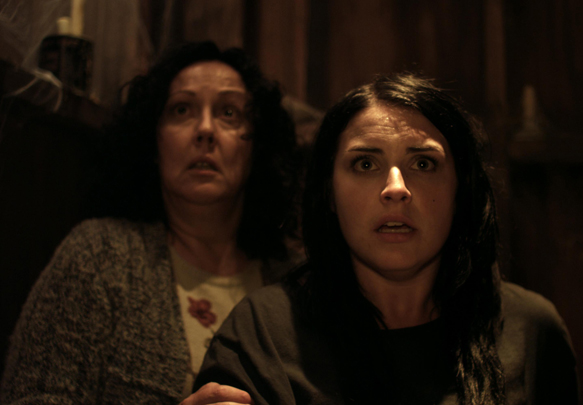 Kylie is cantankerous, self-centered and hard to get along with. While her mother works during the day, Kylie lays around, eats and sleeps. At twenty four, she has no real hobbies other than drinking and watching TV, which neither are productive pursuits. One night, while Kylie is wandering around the house, she hears strange noises she can’t explain. The noises only continue to escalate, before things start moving by themselves. Kylie follows the noises down to the basement, and a hand reaches out to grab Kylie’s leg. She screams and flees the house, and Amos meets her out the front. Kylie tells Amos and her mother about the possible ghostly activity. Her mother confirms that there has always been strange activity in the house that used to be a B & B. Amos then reveals not only is a protection officer but he is an amateur ghost hunter. Amos excitedly sets up surveillance equipment to try and catch ghostly activity. After some time with no evidence Amos starts thinking it is all in Kylie’s head. Kylie gets no where explaining things to Dennis who brushes her off. 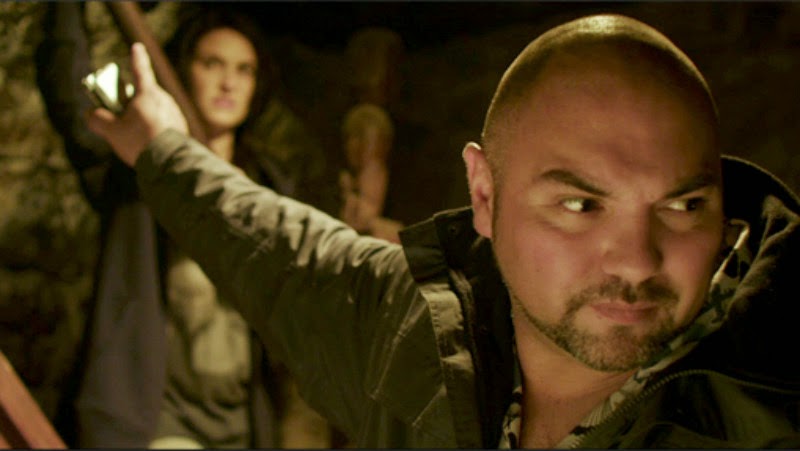 Despite this, it does not deter Kylie from her beliefs that their house is haunted and for some reason, it is targeting her. Kylie starts hearing more specific sounds, and follows the clues they lead to. Kylie discovers that the house she grew up in has a dark murderous past, and she finally thinks she may know the ghosts identity. Kylie finds lots of records in the houses basement that confirm a young woman was murdered in her room twenty years ago named Liz. Kylie starts trying to communicate with Liz to uncover the truth, even though everyone else around her thinks she is crazy. What Kylie discovers turns out to be much closer to home than she realised, and soon she has to protect herself and her annoying parents from a killer on the loose. Armed with plenty of sarcasm and curse words, Kylie is relentless in her pursuit of justice, and is blindsided by some brilliant twists. 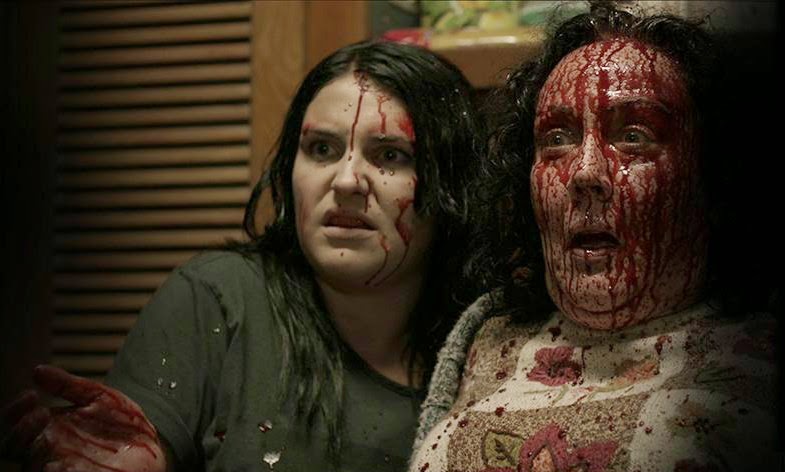 Australian viewers will recognize Morgana O’Reilly, who plays Kylie from the television series Neighbours, and she has transformed herself in this movie to a sullen, difficult, young woman with bipolar disorder and a bad attitude. Kylie is very hard to like at first, but the viewer slowly warms up to her as she starts to grow and learn. Housebound is exceptionally well-acted, with a well seeded, clever plot and plenty of twists and turns that the viewer will not see coming.  Viewers should not let the cliched spooky house throw them off, this movie heavily sprinkled with humor, Housebound is a must watch for Horror Comedy fans. CrypticRock gives Homebound 5 out of 5. 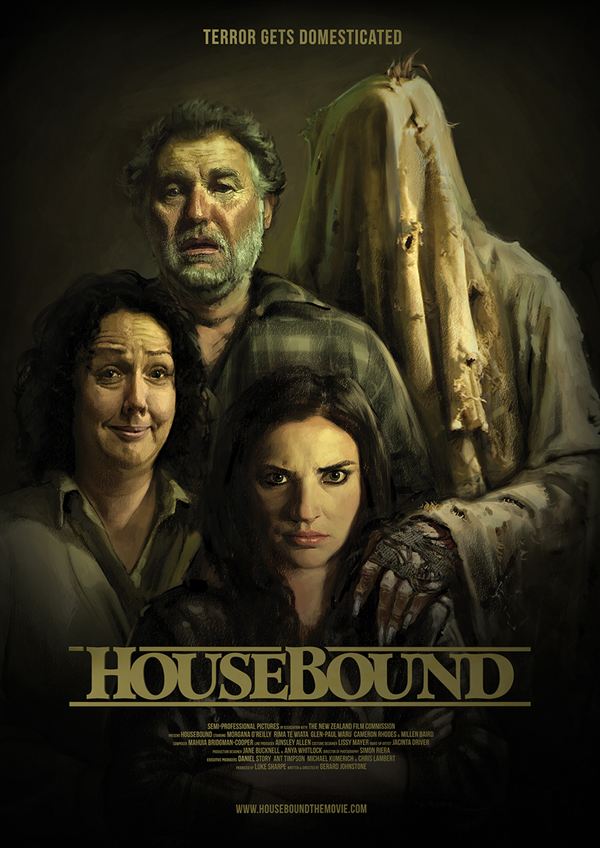 Purchase Housebound on Blu-Ray on Amazon