Every October, over 30 million people will visit Halloween haunted house attractions. Now you can experience Halloween thrills right from your own sofa when the Blue Skeleton returns for more horrific good times in The Houses October Built 2, in select theaters nationwide – as well as available On Demand / Digital HD – Friday, September 22nd, thanks to RLJ Entertainment and Foreboding Films. 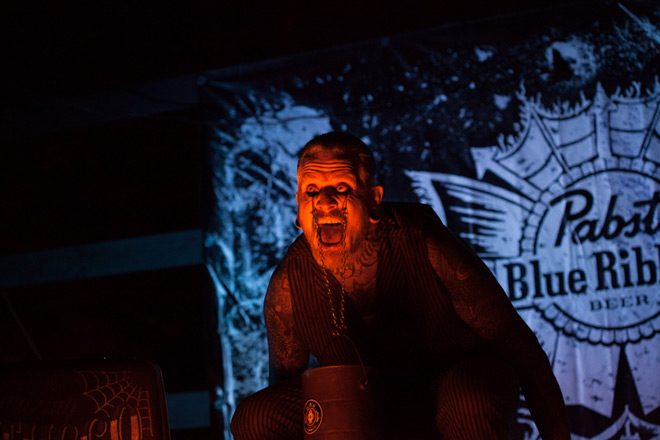 With some prodding – and a scenic visit to Philadelphia’s famed Eastern State Penitentiary – Brandy comes on-board the Winnebago and these haunted-house aficionados soldier onward in the name of facing their fears and, well, money does not hurt either. Their first major stop will be Anoka, Minnesota, the self-proclaimed “Halloween Capital of the World,” though none of the locals seem to be able to explain why this claim is true. Passing through town, they end up at the Dead End Hayride in Wyoming, Minnesota. Here it first becomes obvious that someone is following the group, tracking their every move. 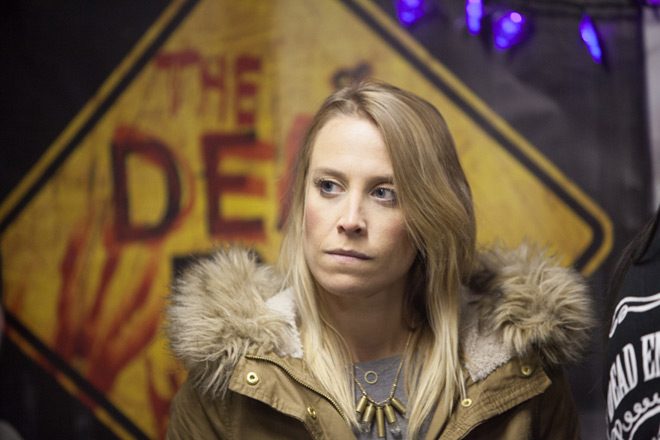 As the boys and girl continue onward to eat brain tacos at Minneapolis’ Zombie Pub Crawl, race for their lives at Perry, Georgia’s Zombie Run, and dodge laser nipples at Atlanta, Georgia’s Chambers of Horror, their unknown stalker is coming closer and closer with each tasty taco bite. When a masked stranger scares the wits out of Brandy, will the entire adventure crumble to bits or will they manage to move one step closer to that rumored mega-haunt of Hellbent? Seek out Hellbent they are told, but what might they find there?

What you should understand about the film is that, for the most part, the attractions presented are, in fact, real events that you can visit across the country: from the Zombie Pub Crawl and Haunted Basement at the Soap Factory in Minneapolis to Philly’s Terror Behind the Walls at Eastern State Penn to Perry, Georgia’s Zombie Run and Atlanta’s Chambers of Horror (at the Masquerade). Yes, these are real events that have been documented in the film as a preview of the fun that awaits you when you get up off the sofa and go! 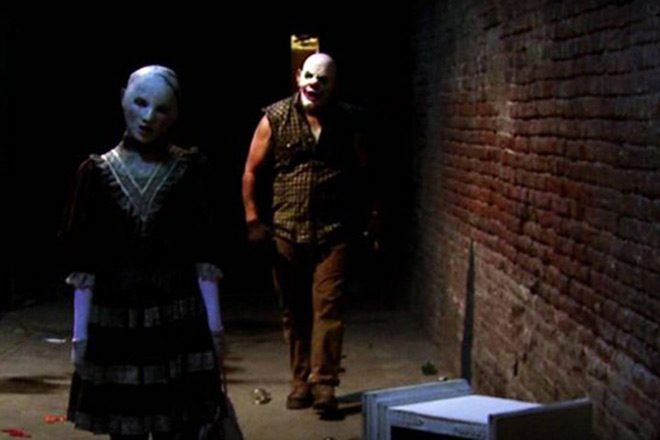 The fact that these attractions are indeed real adds to the Reality TV meets Found-Footage feel of the film, creating a movie that feels similar in texture to such modern Horror classics as, say, 2007’s Paranormal Activity or 1999’s The Blair Witch Project. In fact, this is a film that feels like a stellar YouTube discovery: real, modern, personable, and damned fun to watch!

The Houses October Built 2 is above all things fun! There is no soul-searching in the script, no deep miasmas of psychology or great epiphanies on love and relationships; this is not that kind of film. Instead, this is a haunted hayride in October put onto film and given a frivolously enjoyable kick. There are chainsaws, laser boobs, zombies, and decapitated heads, and it is all in the name of the best holiday on the calendar. So don your favorite mask, pop in your vampire teeth, bring your M&Ms and popcorn, and make bloody sure that you see this film this fall! Oh yeah, and for the record, CrypticRock give The Houses October Built 2 4.5 of 5 stars. 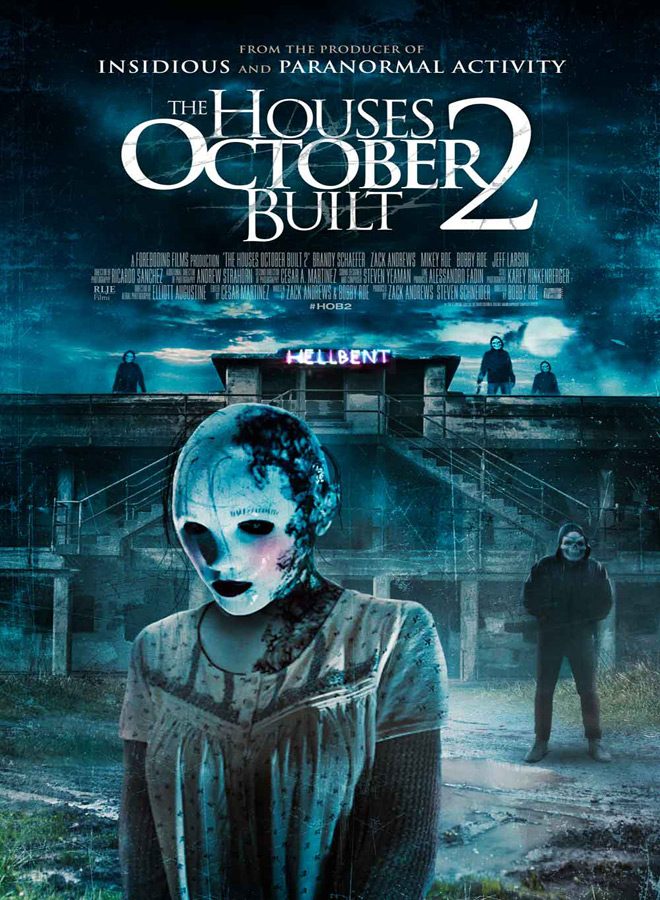