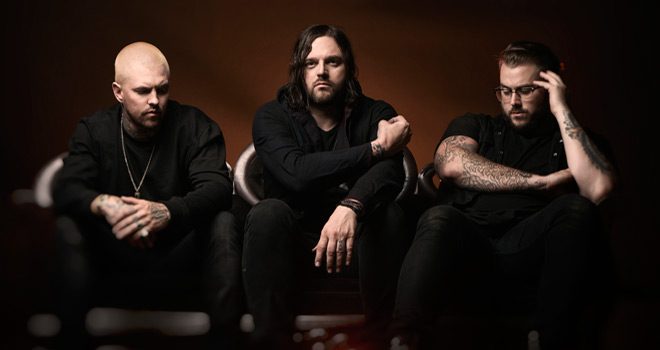 It is a rare and beautiful thing when a band’s debut album has the power to knock you out, but that is exactly what Hundred Suns have done with their debut album The Prestaliis. Though it is really no surprise, as Hundred Suns is made up of Norma Jean Vocalist Cory Brandan, former Every Time I Die Drummer Ryan Leger, and ex-Dead & Divine Guitarist Chris LeMasters, forming something like a “supergroup.” Working with Engineer/Producer Sam Guaiana (Like Pacific), Producer/mix Beau Burchell (The Bronx, Blaqk Audio, also the guitarist of Saosin), and Producer Jeremy SH Griffith (Norma Jean, Underoath), Hundred Suns have crafted a sensational debut that is both familiar and departure from the expected.

Listeners received their first taste of Hundred Suns back in 2016 with the release of the tracks “Bedburner” and “Fractional,” both of these showcasing the new directions Brandan, Leger, and LeMasters were taking in this new project. Both interesting songs, “Bedburner” is especially progressive, traveling into Nu Metal and Alternative Rock territories with its savage breakdowns bolstered by Brandan’s impeccable vocals.

Now releasing The Prestallis on August 11, 2017 via New Damage Records, Hundred Suns’ new direction is immediately apparent on their tone-setting introductory track “The Prestaliis I.” The first of eleven songs, it builds from soft, dreamy vocals into an explosion of choppy guitars riffs and crashing drums. Brandan repeats the chant “burn us, burn us, we are the effigy,” eventually bringing it back to the otherworldly softness, but the respite is short as the following track “Partner/Predator” begins with some of the most aggressive combination of each member’s talents. Brandan’s vocals are especially impressive in the first half of the song, transitioning from a gritty scream to the melodic and back again with apparent ease.

Most surprising is the slowed-down and dark “December,” easily one of the album’s stand-out tracks. Though Leger’s drums and LeMasters’ guitars retain the heaviness heard throughout the rest of The Prestaliis, Brandan’s vocals take “December” to a different level. “Infinite Winter” follows this same trend, building from a subdued chorus into an anthemic, romantic chorus to make another of the album’s best.

While there are some tracks on The Prestaliis that stand-out among the rest, not a single one is skippable. The penultimate track “Amaranthine,” a favorite of the band, is inspired by the crisis of human trafficking. Its lyrics are among the darkest on the record, and the band experimented with multiple time signatures to create a lush, dynamic track that will no doubt slay live. In addition, the band recently released a stunning music video to go with it. Following that, the album is sandwiched by “The Prestaliis II,” which is an even heavier, more aggressive version of its counterpart. The screams are drawn-out, layered, and wild before they fade into a haunting slowness to close out the album.

Each member brings in the raw aggression and dynamic sounds of their past work, but with The Prestaliis, Hundred Suns have built a complex, cohesive, and progressive experience that will keep you coming back for more, peeling back its many layers and finding something new each time. This album is one that cannot be missed this year. For these reasons, CrypticRock gives The Prestaliis 5 out of 5 stars. 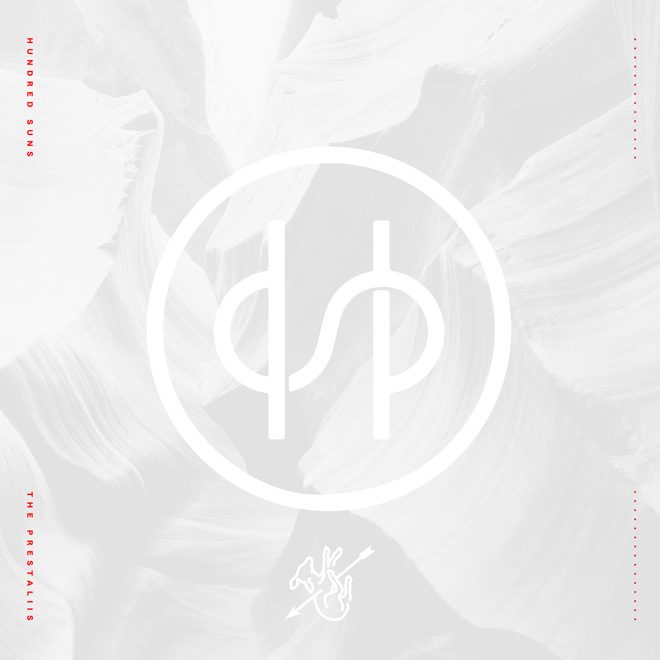