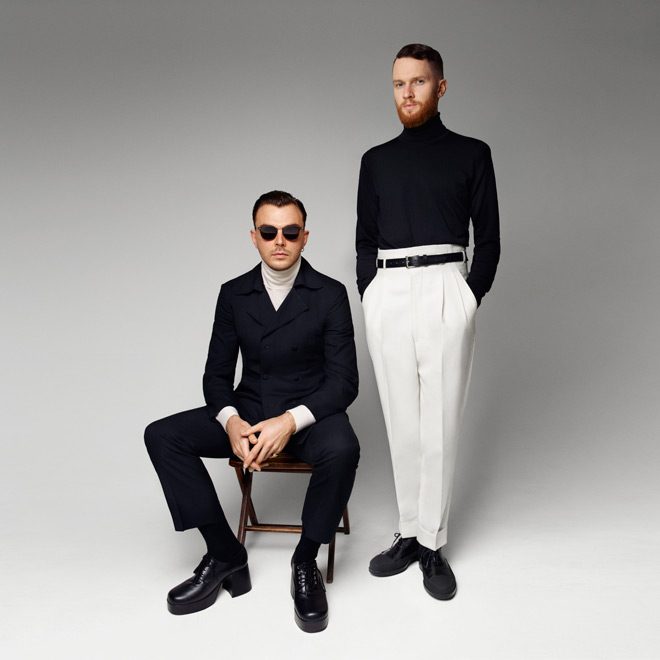 In 2010, Hurts splashed into the wave of Synthpop music, following the crests of the previous decade’s aspiring purveyors of the genre, like Owl City (“Tidal Wave”), La Roux (“Bulletproof”), Empire of the Sun (“Walking on a Dream”), and Marsheaux (“Safe Tonight”). With the strength of their debut offering—the dark-in-some-corners, silver-lined-on-the-edges Happiness—Hurts catapulted to recognition by way of chart placers that included “Better Than Love,” “Wonderful Life,” and “Stay.”

Formed in 2009, in Manchester, England, Hurts is comprised by Adam Anderson (synthesizer) and Theo Hutchcraft (vocalist). To date, the duo have followed up the success of their first full-length with three more albums: 2013’s Exile, 2015’s Surrender, and the recently released Desire.

Released on September 29, 2017 via Columbia Records, Hurts’ fourth finds the duo in an even poppier, brighter, and more danceable EDM predisposition, and this is certainly an apt stylistic direction amidst the relatively shaky political state of the current times. Despite its having marked traces of its predecessors, Desire stands out on its own merits, owing to the polished production and Pop sensibilities sprinkled with the soulfulness and sensuality of R&B. As Hutchcraft validated, “It’s got echoes of all three records… a little bit from there… little bit from here; but, overall, we just wanted to make a big, powerful Pop record.”

Desire opens with the obviously positive vibes of “Beautiful Ones” and is then followed by the reassuringly upbeat Disco of “Ready to Go.” There is the cool, mid-tempo sway of “People like Us,” whose catchy choruses intertwined with melodic instrumental interludes are enough to weave its way into the senses of Synthpop fans all around the world. The slightly orchestrated “Something I Need to Know” is a change of pace and mood, sending the listener to a state of romantic longing.

The funky “Thinking of You” is another one that will prod listeners to trek to the glittery dancefloor as they sing along to the song without even noticing it. A slight slowing down of tempo, “Wherever You Go” remains as infectious as the previous tracks with melodies that an initiated listener might find very familiar, yet eerily elusive. A sudden right turn, the piano-led “Chaperone” is a jazzy, Rhythm-and-Blues piece that exudes echoes of yearning and nostalgia.

“Boyfriend” is certainly a stylistic nod to the geniuses of the belated Pop princes who dominated the ’80s, such as Michael Jackson (“Wanna Be Startin’ Somethin’”) and Prince (“Kiss”). The funky R&B track “Walk Away” pulsates next in a similar rhythm and heartbeat. Then, what may be regarded as another tribute to yet another late Pop icon—“Wait Up,” this time, may remind the listener of George Michael (“One More Try”) when the sensuous artist was being melodramatic.

Nearing the end of the album, “Spotlights” cascades soulfully and funkily with a trace of ’90s Seal (“Crazy”) and The Lighthouse Family (“Raincloud”). Apt as the penultimate song, “Hold On to Me” is a lounge-worthy ballad. Finally, Hurts close their latest work with the piano-oriented sentiments of “Magnificent,” whose lyrics seems to express the duo’s state of music with much effectiveness: “We’ve got nothing to prove / We’ve got nothing to lose / This is where we belong…,” as if Hutchraft and Anderson are asserting their rightful place in the pantheon of new flag bearers of the genre in which they have chosen to fashion their music.

Indeed, Hurts belong to the roster of contemporary purveyors of Synthpop music; and with a remarkable proof of prolificity at that! Four albums in eight years—that makes one album every couple of years. Hurts are definitely in a consistent creative roll. Here is to more albums in the making. CrypticRock gives Desire 4 out of 5 stars. 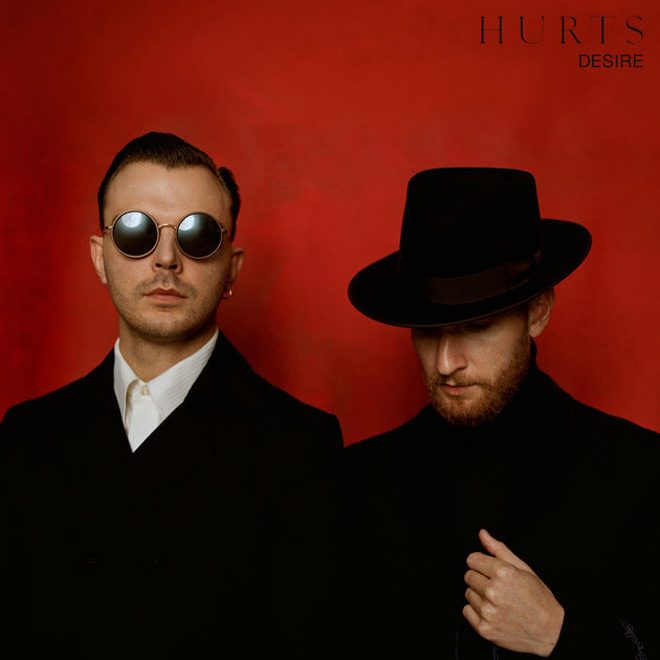