Director Mike Flanagan (Absentia 2011, Oculus 2013) brings audiences a different kind of horror in the new Psychological Thriller film known as Hush. Featuring a small cast that includes Kate Siegel (The Curse of the Black Dahlia 2007, Oculus 2013) as Maddie, John Gallagher Jr. (Short Term 12 2013, 10 Cloverfield Lane 2016) as the nameless stalker, Michael Trucco (Battlestar Galactica 2004, Next 2007) as John, and Samantha Sloyan (In the Key of Eli 2011, Area 407 2012) as Sarah, Hush was also produced by Trevor Macy via through Intrepid Pictures, and Jason Blum via his Blumhouse Productions. Initially released at South by Southwest on March 12, 2016, Hush has since become available for streaming on Netflix as of April 8th and with a tagline that says “Silence can be killer,” gives viewers eighty-one minutes of pure adrenaline and gut-wrenching Horror.

Maddie Young (Siegel), a young author, lost her ability to speak and hear at age thirteen due to bacterial meningitis; she is completely deaf and is only able to feel vibrations off of things. Living in a secluded cabin far from civilization, Maddie’s nearest neighbor, Sarah (Sloyan), is within walking distance but still pretty far. Stuck with not knowing how to end her book, Maddie gets a message from Sarah asking her if she could come over for dinner.

Besides burning the meal, Maddie seems to have a good day, and Sarah leaves. The audience can see and hear Sarah when she comes running back, bloody and screaming, but Maddie cannot. She gets killed by an unknown assailant (Gallagher). The story’s intensifies as Maddie receives a message on her computer. The message is coming from her cellphone and is a series of photos of herself, literally seconds before. As she turns around, she sees that her door has been opened and, when she investigates, she sees a man in a mask taunting her from outside. 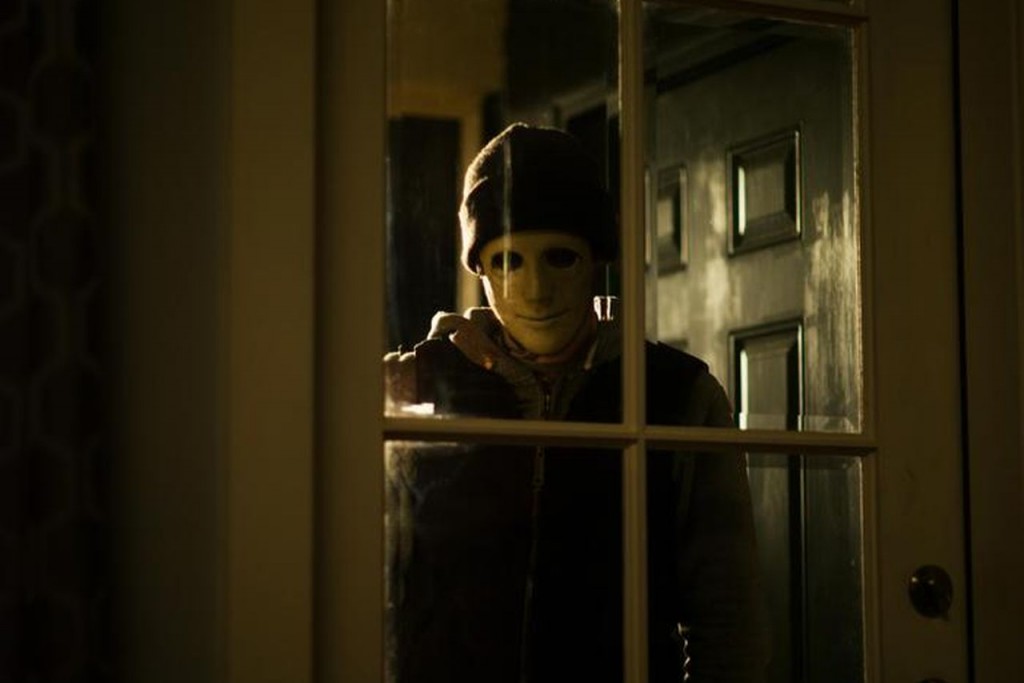 Both Maddie and her attacker run towards the door and Maddie is able to shut it with only seconds to spare. Maddie feels flustered because she cannot speak or hear anything at all. It seems that the killer has the upper hand, but when Sarah’s boyfriend comes looking for her, he gets stabbed in the throat, motivating Maddie to fight for her life. In this twisted game of cat and mouse, Maddie is hurt and has to do what any other person would do in her situation. If she waits, she will bleed out. If she hides, she will be found. If she tries to run, the killer will catch up to her in an instant. The only option is to fight back by only seeing, feeling, or smelling the danger around her. Maddie is determined to finish this game whether she wins or loses.

One of the reasons people get excited by Horror films is the element of surprise. Fans want to be astounded, and as Horror lovers, nothing scares them most than having that extra twist in a film. In Hush, Flanagan knew that in order to reinvent a Stalker film and give it that extra twist, was to make the victim’s odds slimmer. Maddie is not only a woman – generally weaker than men – she also happens to be mute and completely deaf. How will she fight back if the killer could be literally inches behind her and she will not even know it? Anyone can claim that the serial killer could just break in the house easily, but Flanagan made sure to write a clever reason as to why the killer did not want to come inside yet.

A movie like Hush, with less than fifteen minutes of dialogue and about seventy minutes of silence, is immediately dismissed by audiences for being too cliché. The silence in the movie was replaced by amazing sound and cinematography. Shot in eighteen days, Hush was greatly inspired by the works of the genius mind of Stephen King, so much so that one of his books, Mr. Mercedes, is clearly seen at the beginning of the movie. Hush will have viewers jumping and screaming throughout its entirety and will most definitely have them checking behind shower curtains twice every time they hear a noise. CrypticRock gives Hush 5 out of 5 stars. 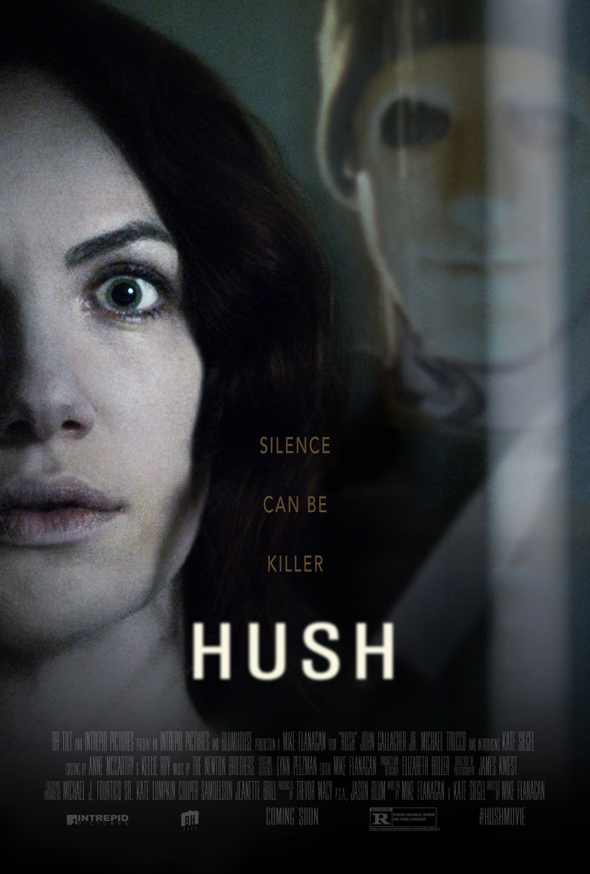